Trip Type: Paddling Canoe
Entry Date: 06/05/2011
Entry & Exit Point: Moose/Portage River (north) (EP 16)
Number of Days: 9
Group Size: 2
Trip Introduction:
I had just about given up doing anything but solo trips. My old friends don't want to do anything so strenuous. My son doesn't want to move as slow as I do, plus he has his own life to lead. I still kept in touch with several former associates and I knew Jay was a serious wilderness backpacker and that he'd done at least one Boundary Waters trip. When I mentioned my upcoming trip he expressed an interest. We decided to meet for lunch and discuss it, and he accepted my invitation. Jay had been to the Boundary Waters one time, in 1994. Coincidentally we were taking the same route he had taken back then. He remembered a lot of detail from that trip.
Discuss Trip: View Discussion Thread (18 messages)
Day 1 of 9
Sunday, June 05, 2011 We spent Saturday night at the bunk house at Voyageur North. drnatus came over and introduced himself. He had seen the flying moose on my canoe. His party was going in the same place we were. Enjoyed meeting you! I always like a good play on words.

Sunday morning we were up at 5:30. We had breakfast sandwiches from the Clark station next door. We had intended to buy our leaches from TGO, but he wasn't up yet, so got them from Lynne and headed on up the Echo Trail.

The day was sunny and warm. We had smooth paddling except for the occasional beaver dam. We paddled down the Moose River, crossed Nina Moose lake and into the Nina Moose River. Then, on the 70 rod portage on the Nina Moose River I tripped on a rock and went down hard on my hands and knees, dropping the canoe. I have NEVER fallen on a portage before and have to admit it shook my confidence. Am I getting too old for this?

Jay was there in a flash, asked if I was alright. "Yes, I just tripped on a rock", I said, wondering if I was being fully honest. I picked up the canoe and continued on, watching where I put my feet. Those concerns stayed with me for the entire trip.

We continued until we reached the place we thought we should find the mouth of Oyster Creek. After one wrong turn we found it and paddled north. The Oyster starts out very narrow, winding in tight turns. For every mile the crow flies we covered maybe 3 or more along the creek. We had numerous beaver dams to drag over. The bottom is so soft and mucky there is no place to stand. 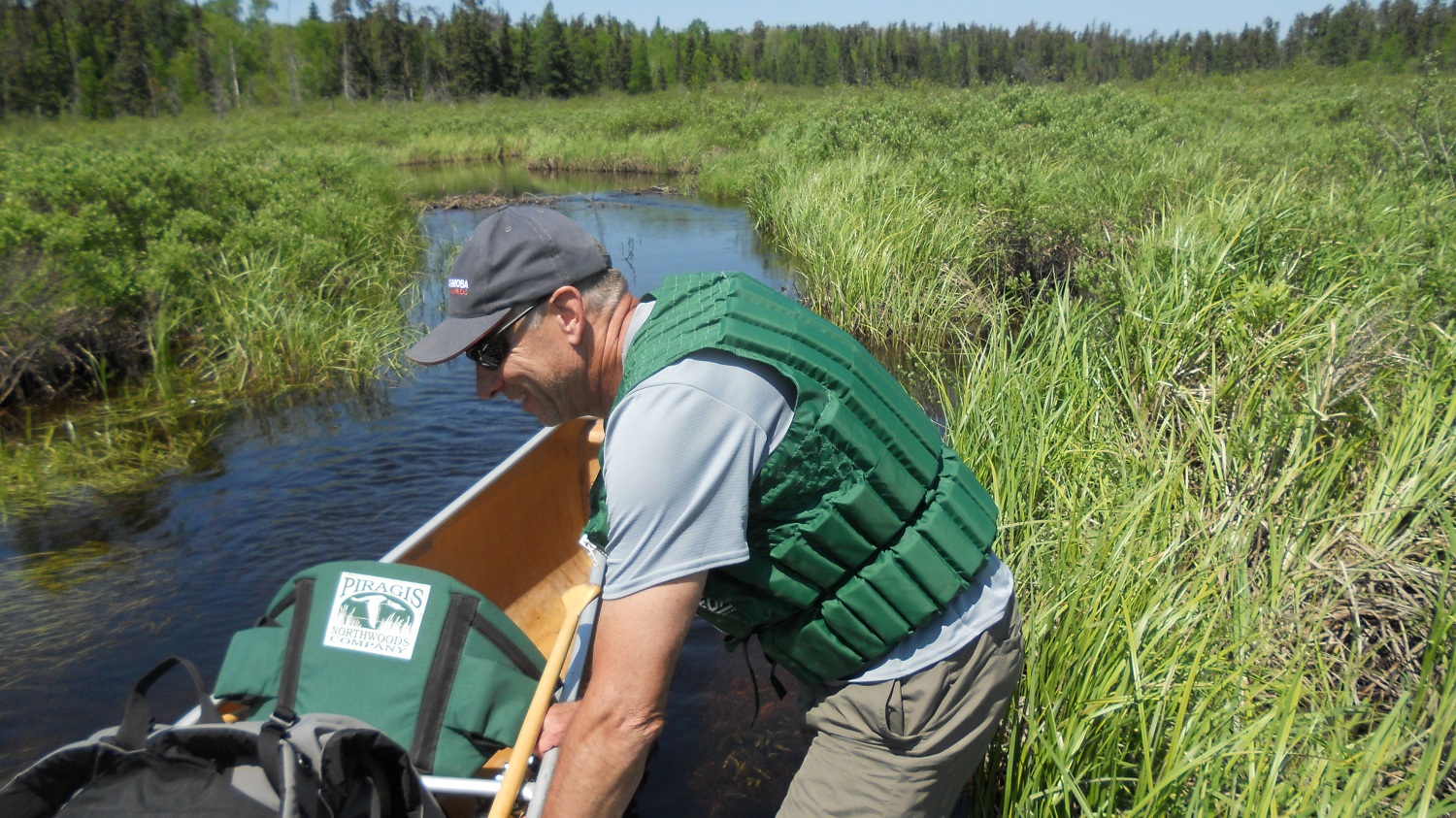 When dragging over a beaver dam we had to balance precariously on the dam itself. By the time we reached Oyster Lake the wind was blowing pretty hard and we were tired. We took the camp site just north of the portage and made camp.

I recommend taking the portage from Agnes instead Oyster Creek. It would probably be a lot quicker and surely no harder. 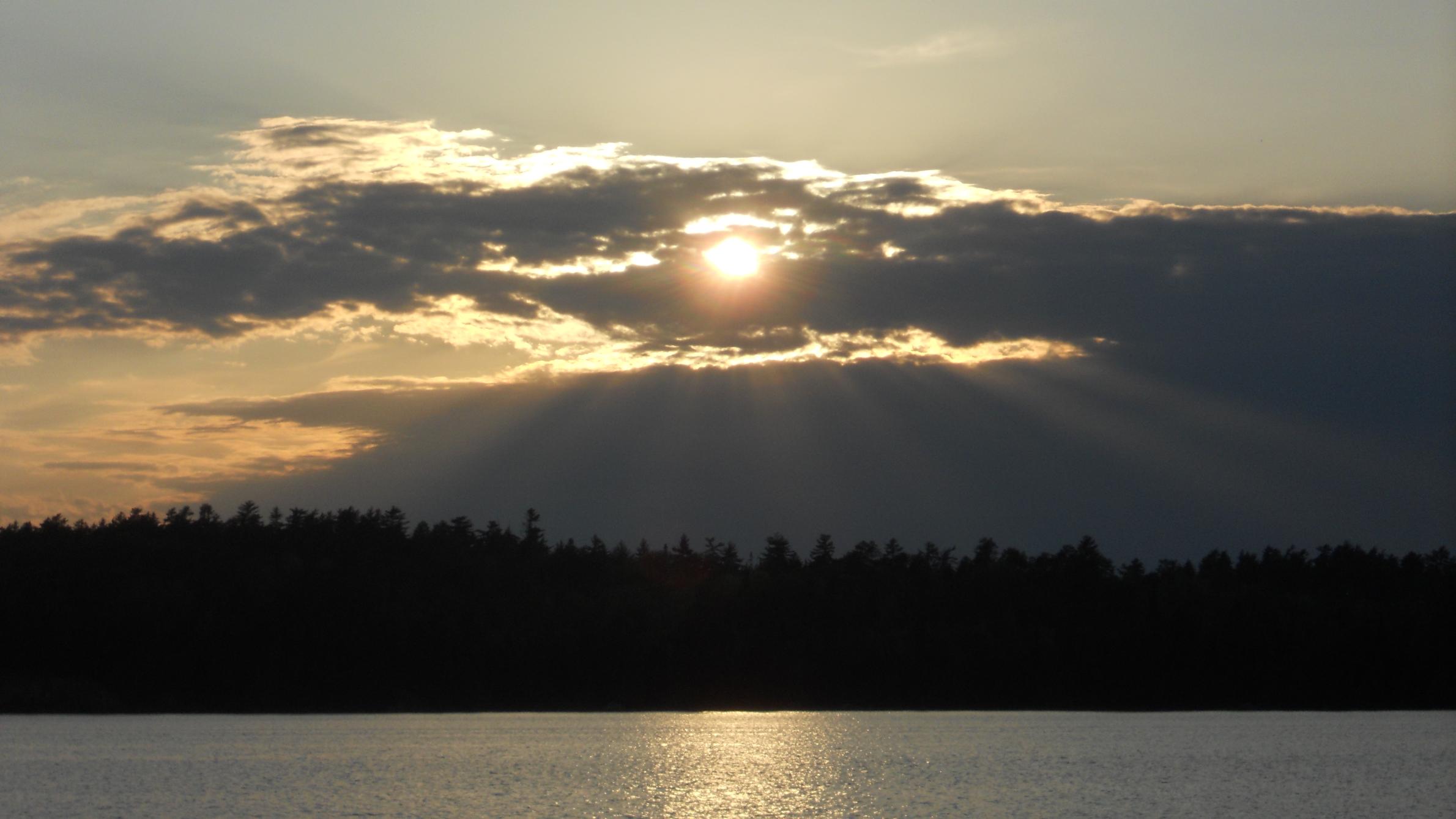