Entry day! We met John early Sunday morning for some quick fishing tips around 6 a.m. and we should have been somewhat suspicious when he drew in a "secret portage" for us on our map. We didn't think twice about it. After deciding on some bent shaft paddles for the first time (great choice), we left VN around 7 a.m. It was about an hour drive to the EP and the excitement was growing.

After an easy first portage we had an excellent tailwind and got to the next portage in record time and we were to Devil's Cascade in 2:15. Took some pics and loved the campsite off the portage which is very close to the falls. It would be great for a large group. We found some para cord and leeches at the end of the portage (Leave no trace, huh?), ate a PB and J and continued on through Loon and upto East Loon Bay.

In East Loon Bay, we had our first wildlife sighting. A Coyote! It was walking around on one of the nice sandy beaches that John had pointed out to us on our map earlier that morning. We passed an awesome campsite that had a "detached garage" for the canoes, but it was taken and made our way to the next one where we stayed. It was a very nice campsite as well. Nice rocks to lay on, good tent pad and an awesome view. Evan caught the first pike as we fished before dinner. As we set up the tent I realized we only had 6 stakes when we needed 8.

Dinner was steaks wrapped in bacon, asparagus, and cookies for dessert. Fished for an hour after dinner, no luck. After a gaze at the stars and a meeting with Jim Beam and Sailor Jerry, we called it a night. 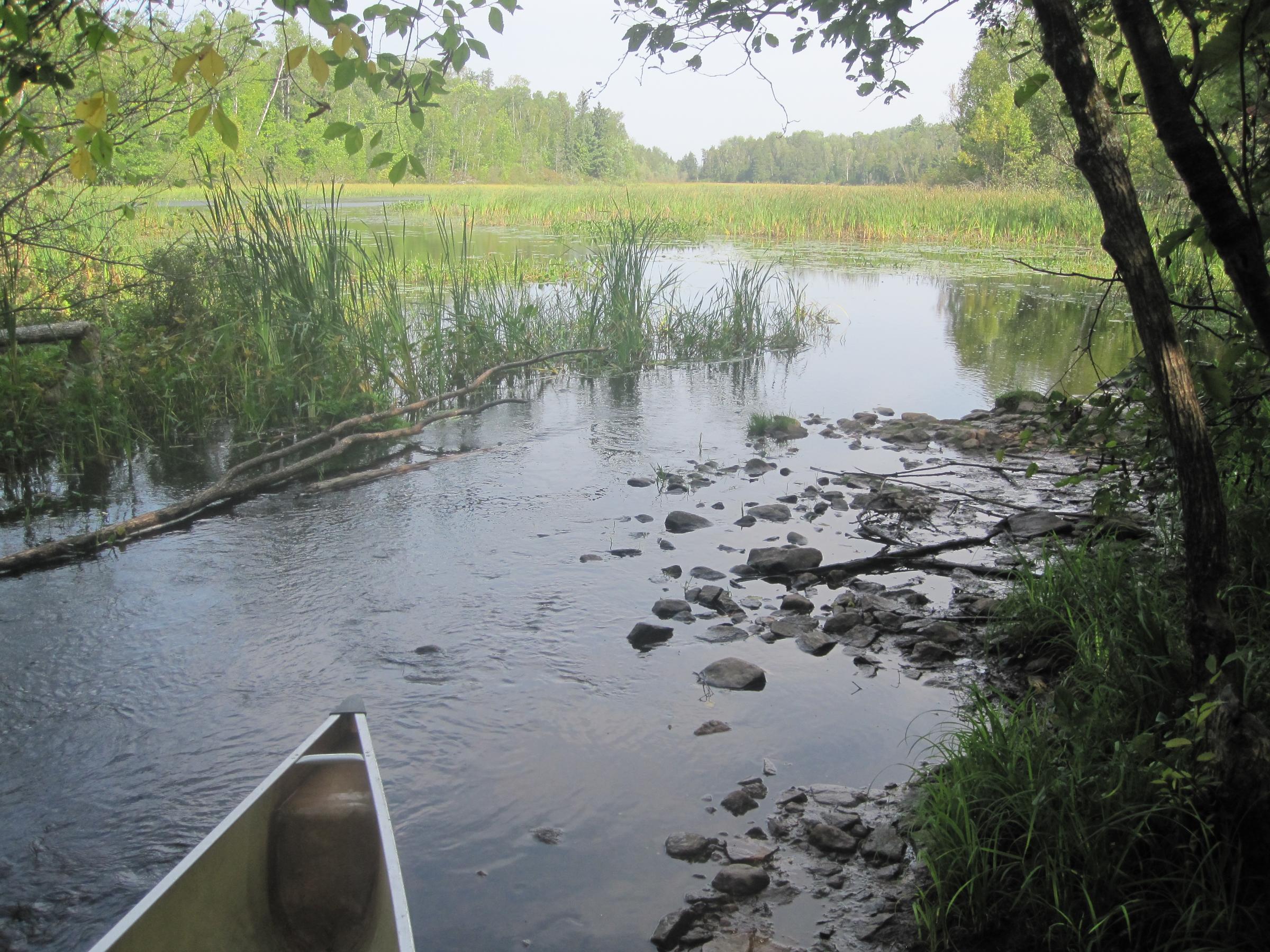 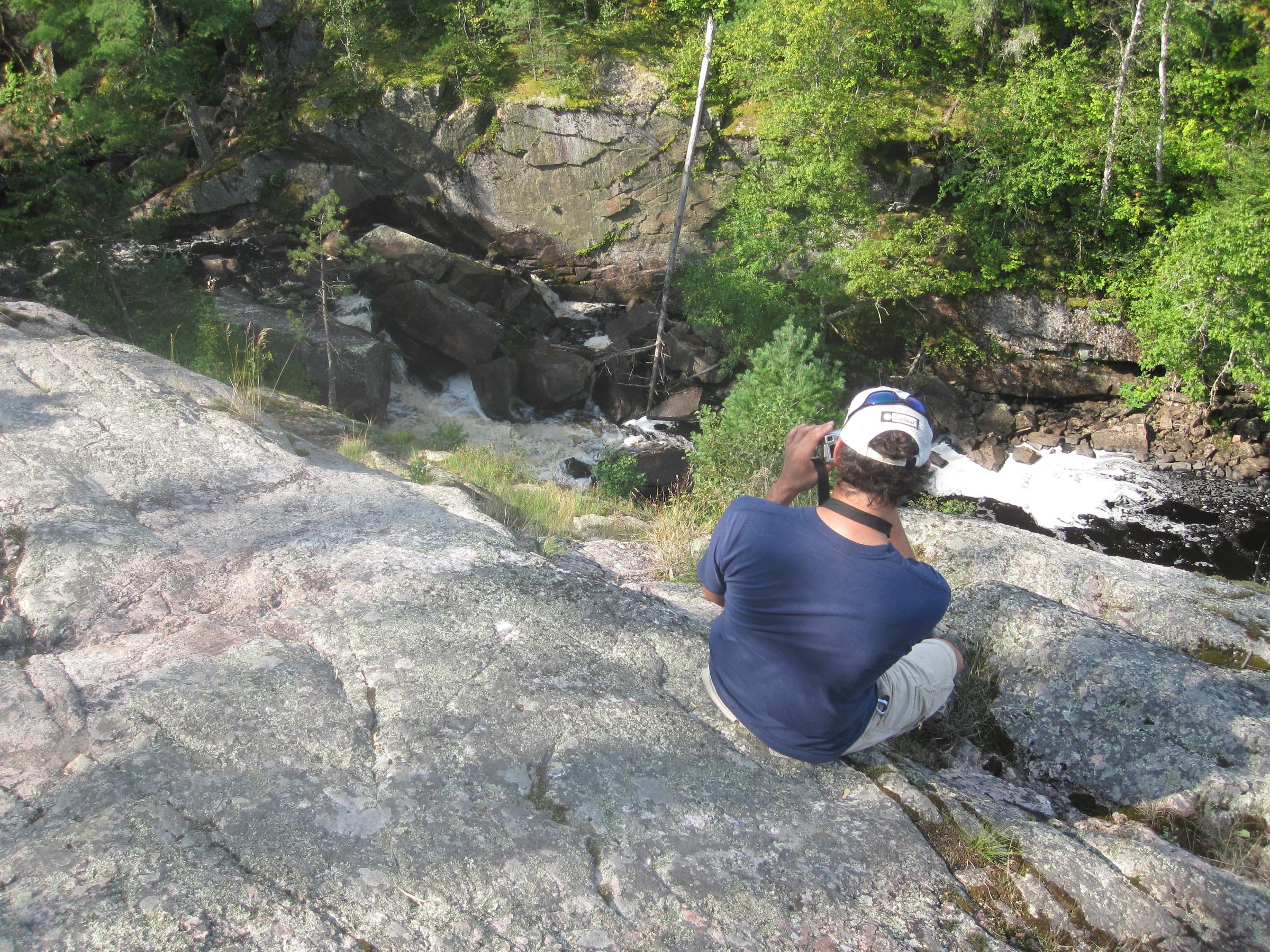 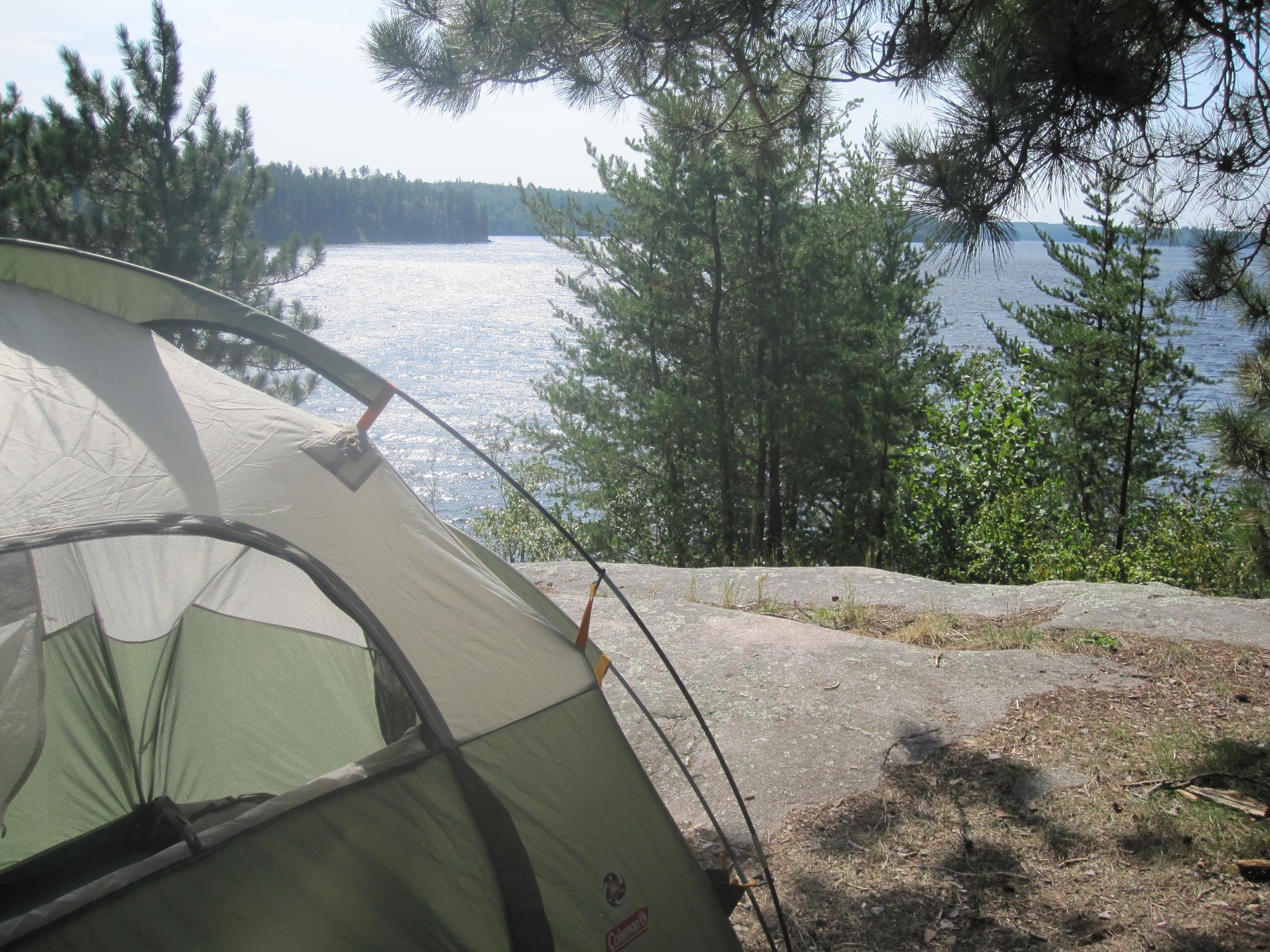 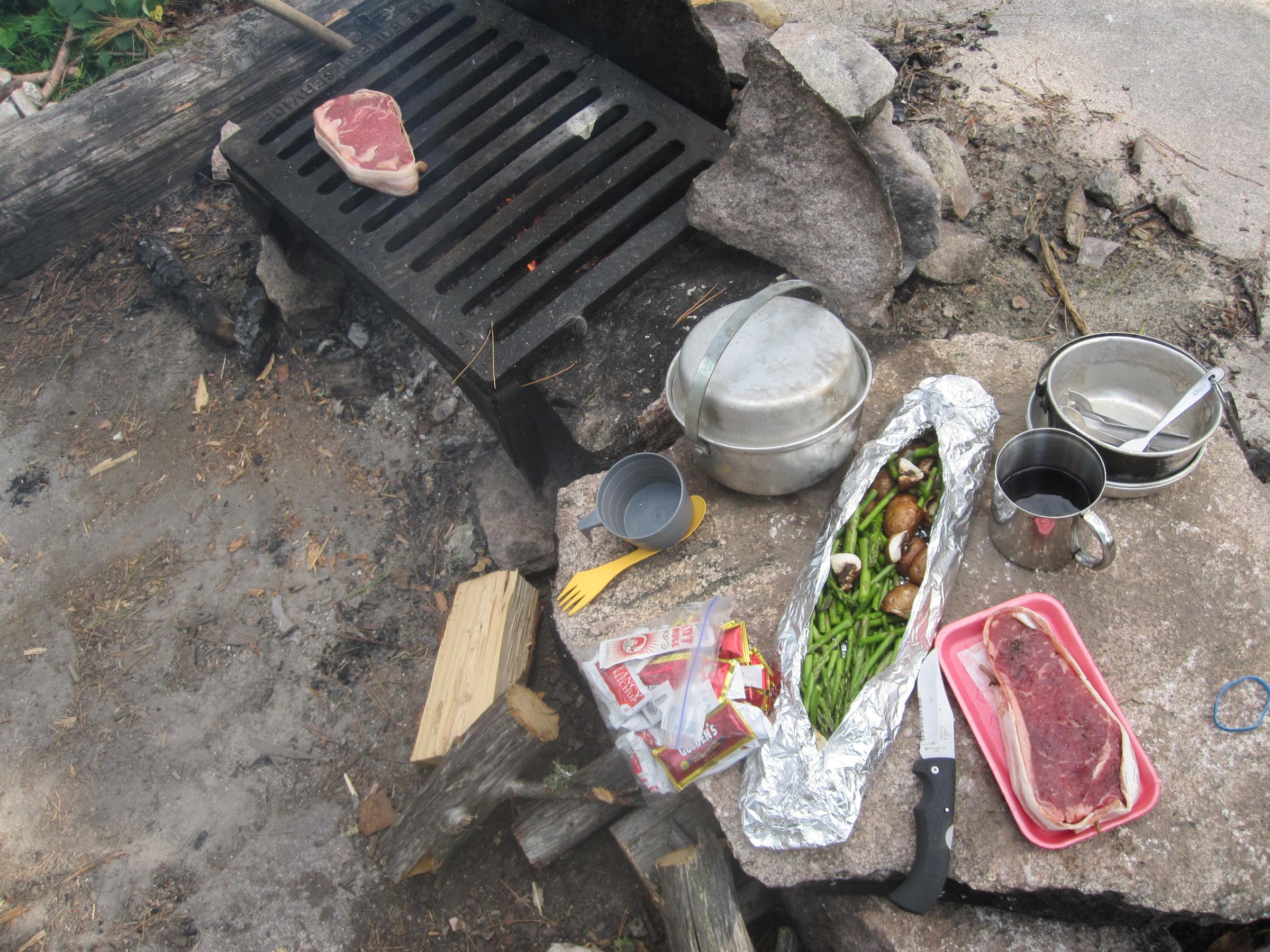 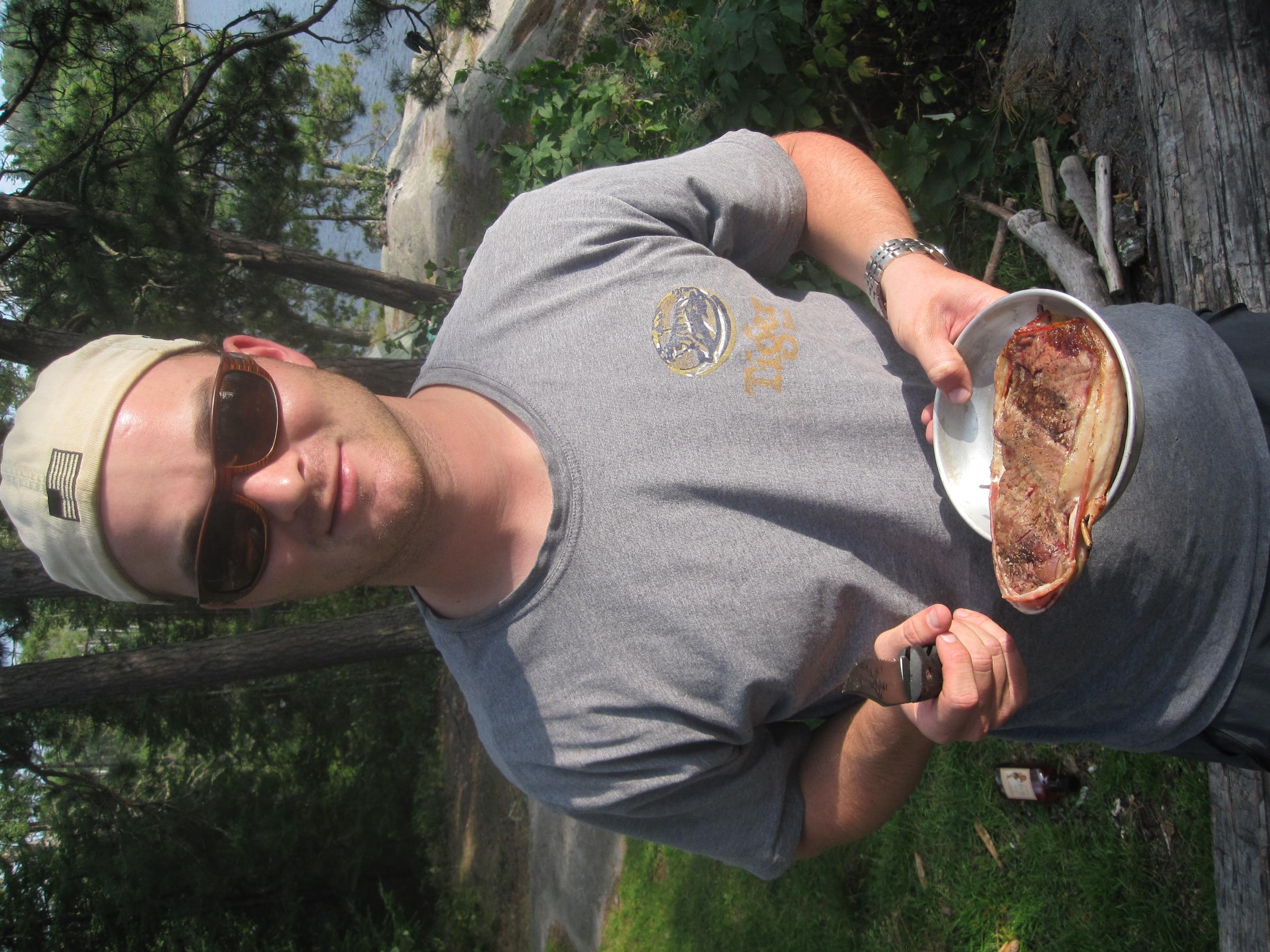