Trip Type: Paddling Canoe
Entry Date: 07/03/2011
Entry & Exit Point: Mudro Lake (restricted--no camping on Horse Lake) (EP 22)
Number of Days: 14
Group Size: 7
Trip Introduction:
We have been planning this trip for one year. No one in our group has ever been to the Boundary Waters, but many are experienced in wilderness canoeing. We headed to the Mudro Lake entry point for its access and remoteness. Sorry to have included all of our trip even the parts outside of the Boundary Waters. It was a great trip and we hope to have many more.
Discuss Trip: View Discussion Thread (9 messages)
Day 1 of 14
Sunday, July 03, 2011. We have been planning this trip for over a year. The only thing we couldn't plan on was our departure time. My Boys play lacrosse and we didn't find out about their summer schedule until late. We changed our departure date from June 18th to July 6th. because of their games but still didn't know when we would finally leave. Big Al had a Tournament At Gettysburg College on July 4th weekend. Starting on Friday and ending on Sunday depending on how well they do. Well they lost their first three games so I thought they would be ready to leave on Saturday and we could make Milwaukee by Sunday night. They won their next four games and had to play in the finals on Sunday. They lost to a team from Boston and we are on the road. What the hell it is only a game right? Three of the trippers played in that final game and were saddened by the lose but happy to get under way. We had been packing for a month but still need more time to get everything in order. I had put a power point presentation together to get everybody on the same page, I wanted to make sure everybody had all the gear they need and that we didn't duplicate any thing. We needed camping gear and travel gear so it got a little complicated. The Boys had spent the last two weeks at Lacrosse Camps and had a pile of dirty clothes that needed to be cleaned at the last minute. All the planning I had done and all the importance of getting ready didn't sink in to the Boys who had other agendas. It was a very hectic weekend to say the least and I was ready to start my vacation! The group consisted of two adults and five junior members; Scott is my friend from work, Nick is my oldest son, age twenty one and his friend Dan, Big Al is my youngest son and his friends Brady and Mike, all seventeen years old. Everybody was ready to get going.
We left Frederick Maryland around 12:00 noon on Sunday July 3rd. Everything was going good until I felt a little hesitation in the drive train as we got into the Appalachians. I didn't notice it as a transmission problem but thought it to be a carburetor problem and nothing to worry about. I had the Suburban checked out before we left but she has a lot of road under her belt. As we rounded Pittsburgh she was having trouble climbing. I thought to myself that this is not the time to have transmission trouble but didn't want to worry the kids. It didn't take long before everybody realized that the transmission was going south as we were headed north. We struggled through Ohio and Indiana and finally died at South Bend Indiana. I thought that this was going to be a big enough city to get back on the road and realized I had to modify our plans. The only problem is that it is the forth of July weekend, and our entry date is July sixth. We limped into a motel and prayed! 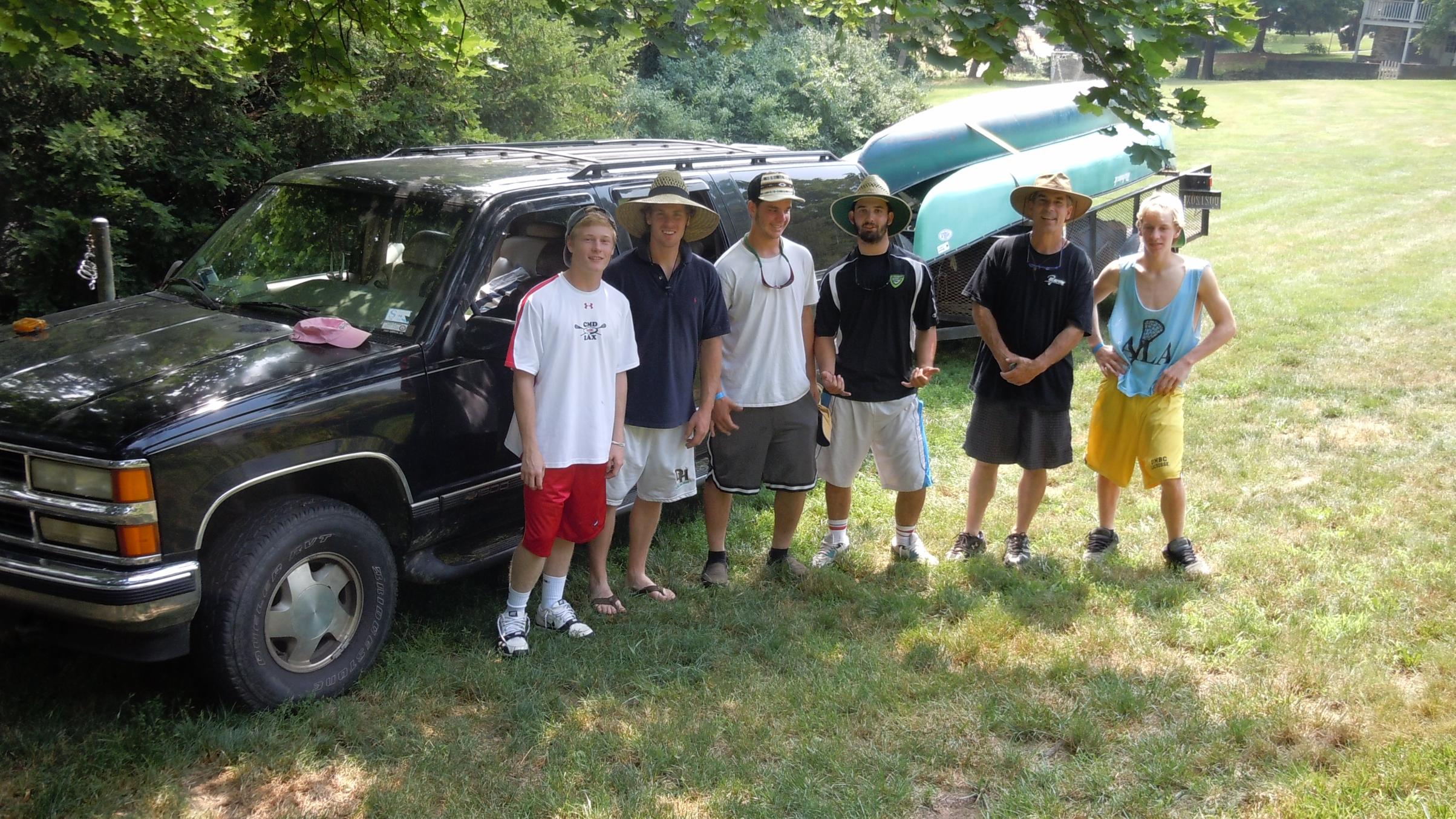 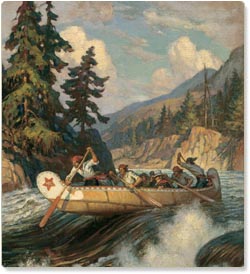