Trip Type: Paddling Canoe
Entry Date: 08/24/2011
Entry & Exit Point: Brule Lake (EP 41)
Number of Days: 5
Group Size: 6
Trip Introduction:
The Black Pearl would be hauling it's most precious cargo to date on this trip. Our nearly 2 month old daughter Aurora would be making her first excursion to the boundary waters. (At least her first one not in her mothers' womb). Accompanying us on the trip would Auroras' older sister & brother; Hannah & Colton. As well as my brother Joel. Lt. Dan, Hence & Jodi canceled out on us a couple days before we headed up. While we still had 6, this would change the dynamic of the trip more than I anticipated.
Discuss Trip: View Discussion Thread (15 messages)
Day 1 of 5
Wednesday, August 24, 2011

Before leaving, I made sure to set the blue barrel out on our deck so fellow BWCA.com'er "paddlefamily" could pick it up on her way through Clearwater this weekend. As we likely wouldn't be back until late Sunday evening.

My brother Joel made it to Clearwater around 8:30ish. After a little small talk and transferring his gear to our van we were on the road. I told Vickie I would follow her up to Tofte. Thus ensuring that I would be immediately aware when she needed to pull off and attend to Aurora. Beat having to maintain a constant vigil on the rear view mirror the whole way up.

We decided to drive right through Duluth and the road construction. As Vickie wasn't 100% sure on the precise back road route. And, more importantly, there would be more opportunities to pull off if needed going through Duluth using the main highways. And we actually made it to Thompson's Hill rest area in Duluth before Aurora deemed a break necessary.

Traffic wasn't bad at all. Soon enough we were at the Tofte ranger station watching the video and picking up our permit. The ranger informed us that there were no burning restrictions currently in effect. But, to be extra cautious as there had been a handful of small fires recently. All caused by careless campers. Including one in Brule bay, our hopeful destination.

We stopped at the Holiday station to fuel up and grab some last second supplies. Aluminum foil being tantamount among these. Aurora had been very well disposed for most of the trip so far. Since Vickie wasn't familiar with the Sawbill Trail.... I decided to lead the way up to our overnight home, Crescent lake campground.

As one would expect? Once clearing the blacktop the road morphs into a veritable washboard. This actually didn't seem to bother Aurora at first. But, Vickie wound up pulling over on the road to Toohey lake for a short while. Eventually we made it to our destination just ahead of the impending rain clouds on the horizon. 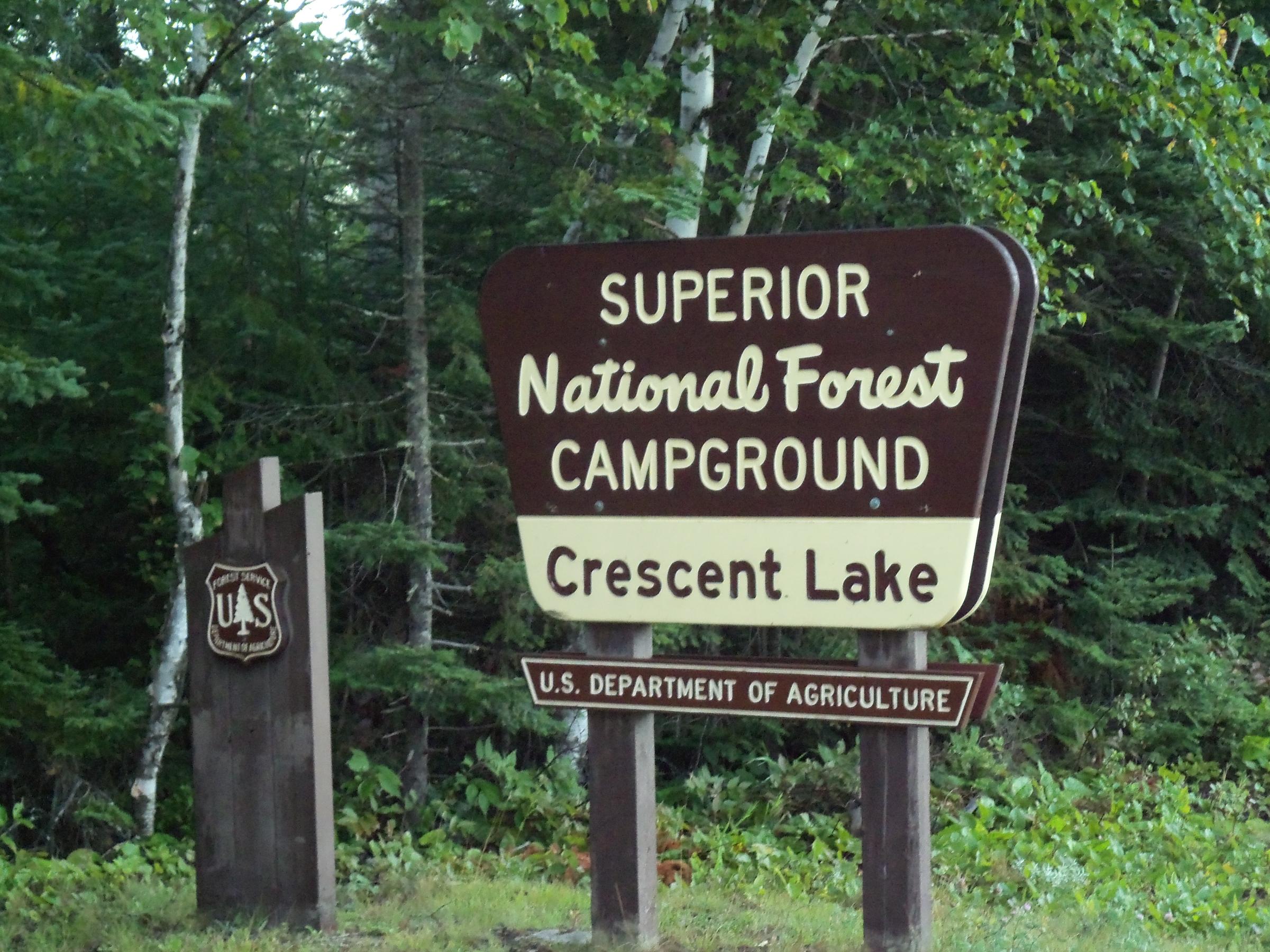 In short order we had our tents up and pertinent gear safe inside. With this task accomplished Joel & I set out for Sawbill Outfitters to rent a canoe. Vickie and the kids stayed behind and put the finishing touches on setting up camp. Since there was only 6 of us? We had briefly contemplated just using the 2 canoes we brought. But, since we planned on bringing the kitchen sink, we felt it was prudent to have another canoe along principally for obvious storage & comfort it would provide on the paddle out.

After some deliberation with Cindy, Joel decided on a Wenonah Prism. A solo canoe. He had never paddled a solo before so there was a certain degree of trepidation on his part. Ultimately the extra $6/day for a larger canoe was the deciding factor. Had LT. Dan & his kids come up Joel would be splitting the cost of renting a tandem with one of them. Now he was paying for the whole smear on top of going solo. 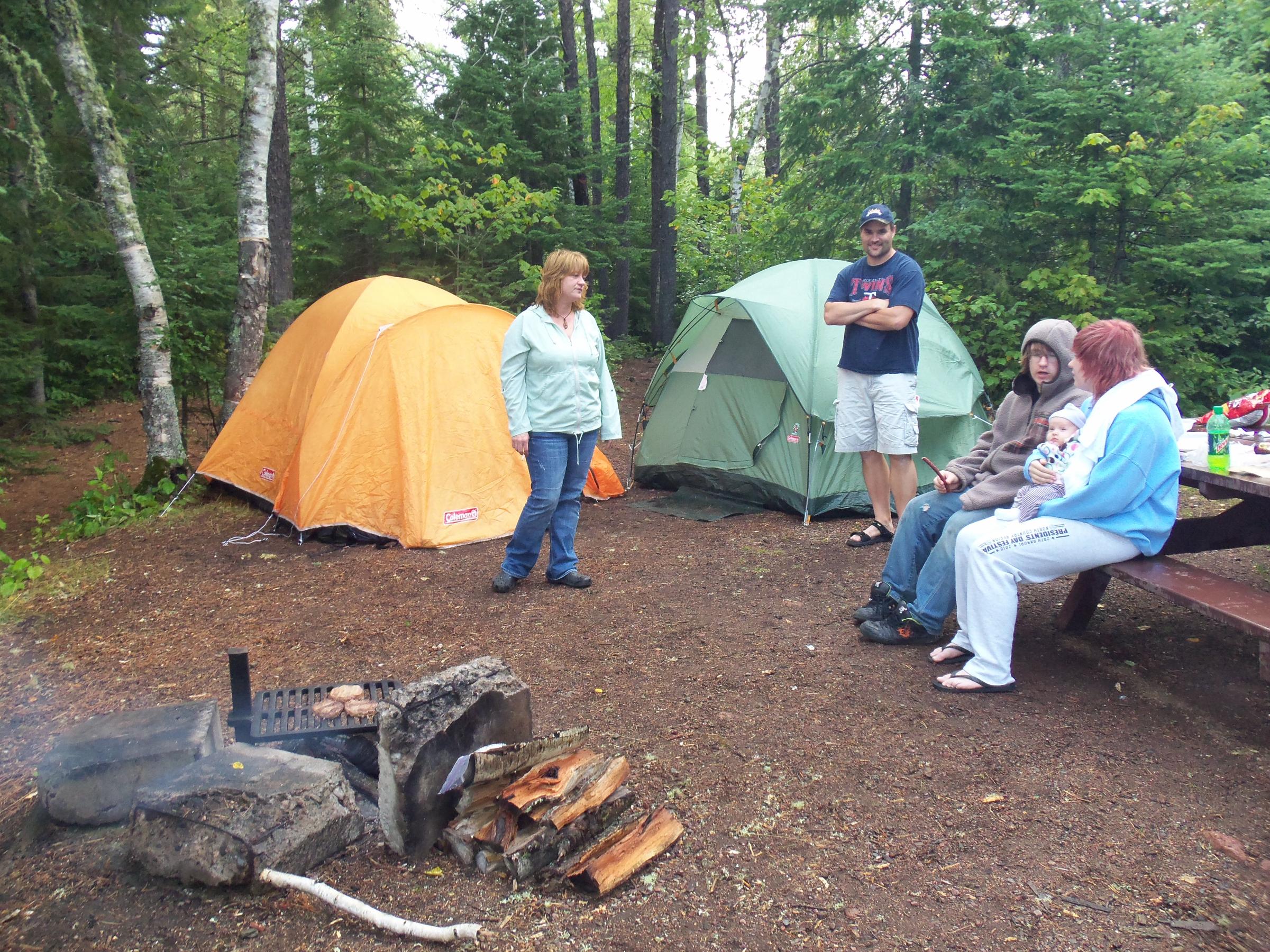 Despite sporadic outbursts of light rain we hastily endeavored to cook up the hamburgers we had along for tonights meal. A faux pas of leaving the spatula buried in the barrel (and not wanting to dig it out) was remedied by using the cardboard from the box the hamburgers came in as that implement. They achieved the desired result by quieting the rumbling in our bellies. 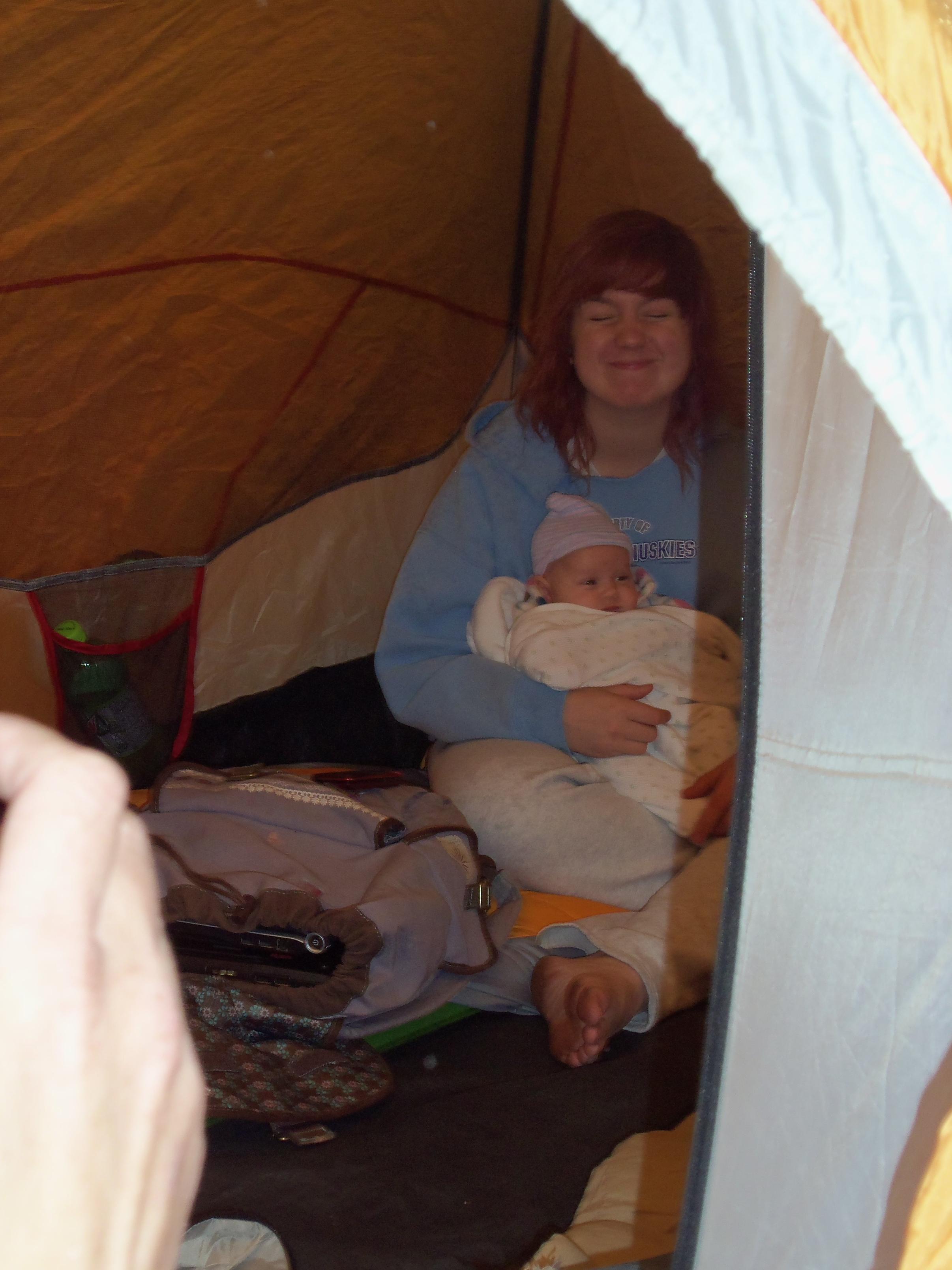 After supper the rain relented and the sky began to open up. Some minimal exploration of the nearby lakeshore was in order for the newest crew member of the Black Pearl. This would be her first foray at camping in the out of doors and, needless to say, there was a measure of anxiety on our part as to how she would respond. 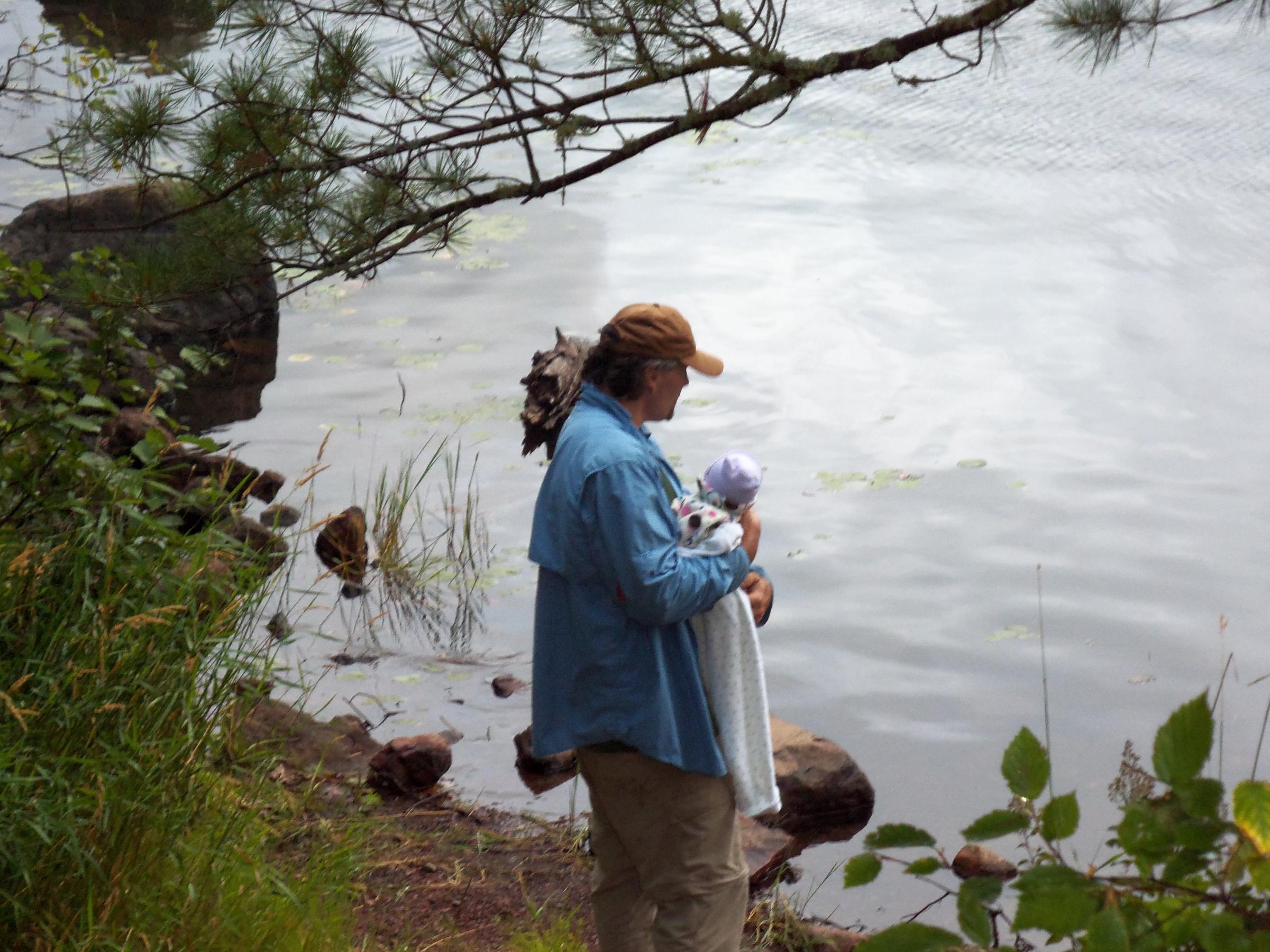 In another move prompted by LT. Dan backing out Vickie & I opted to spend this night in Joels' 4 man tent. Saving us from having to setup another tent. (At least for tonight.) It was a bit cramped, but we made it work. Stars were visible as we retired for the evening. Giving us encouragement that tomorrow will indeed be a picture perfect day. This is one forecast we sure hope is right on.