We woke with no alarm clock at 9:45am Eastern Time. Ooops! No time for showers, so we brushed teeth or washed faces and headed on out to the car. Passing the Waffle House restaurant nearby, we promised the kids a brunch stop in short order.

But wait! The AAA tour guide said there were Bourbon distilleries nearby... and a couple of my hubby's colleagues needed their reward for covering his cases this week. So we set the GPS for a smaller distillery that was on our way. Woodford Reserve was its name - official bourbon of the Kentucky Derby... It just HAD to be good right? We got off the highway and traveled past mile after mile of horse country - elaborate fencing, green "bluegrass", and stables fit for royalty were the norm. Woodford Reserve also owns stables, acres and acres of pasture and fences surrounded the distillery. Not an ear of corn in sight, except on the iron grillwork of the fence surrounding the distillery building. 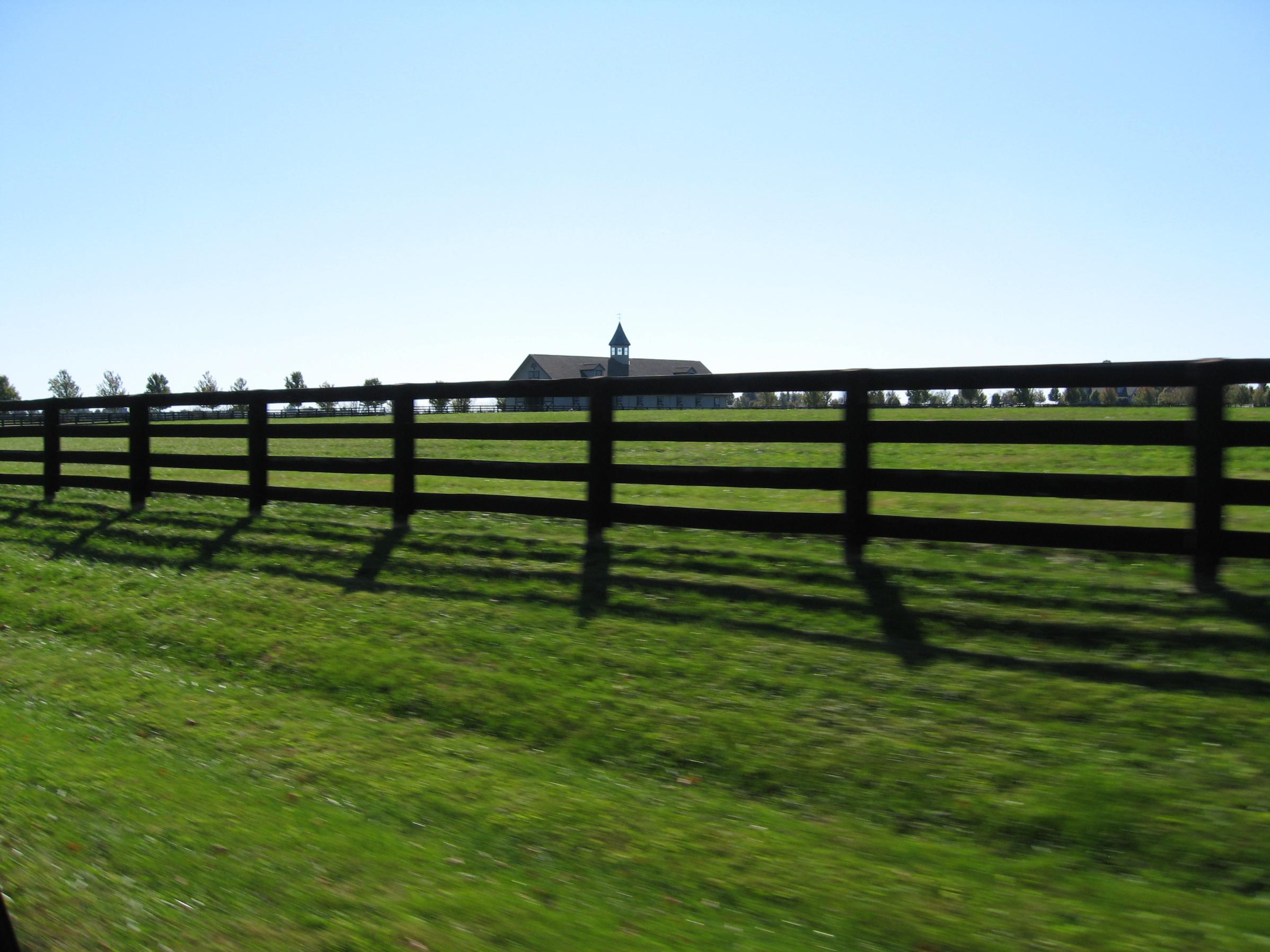 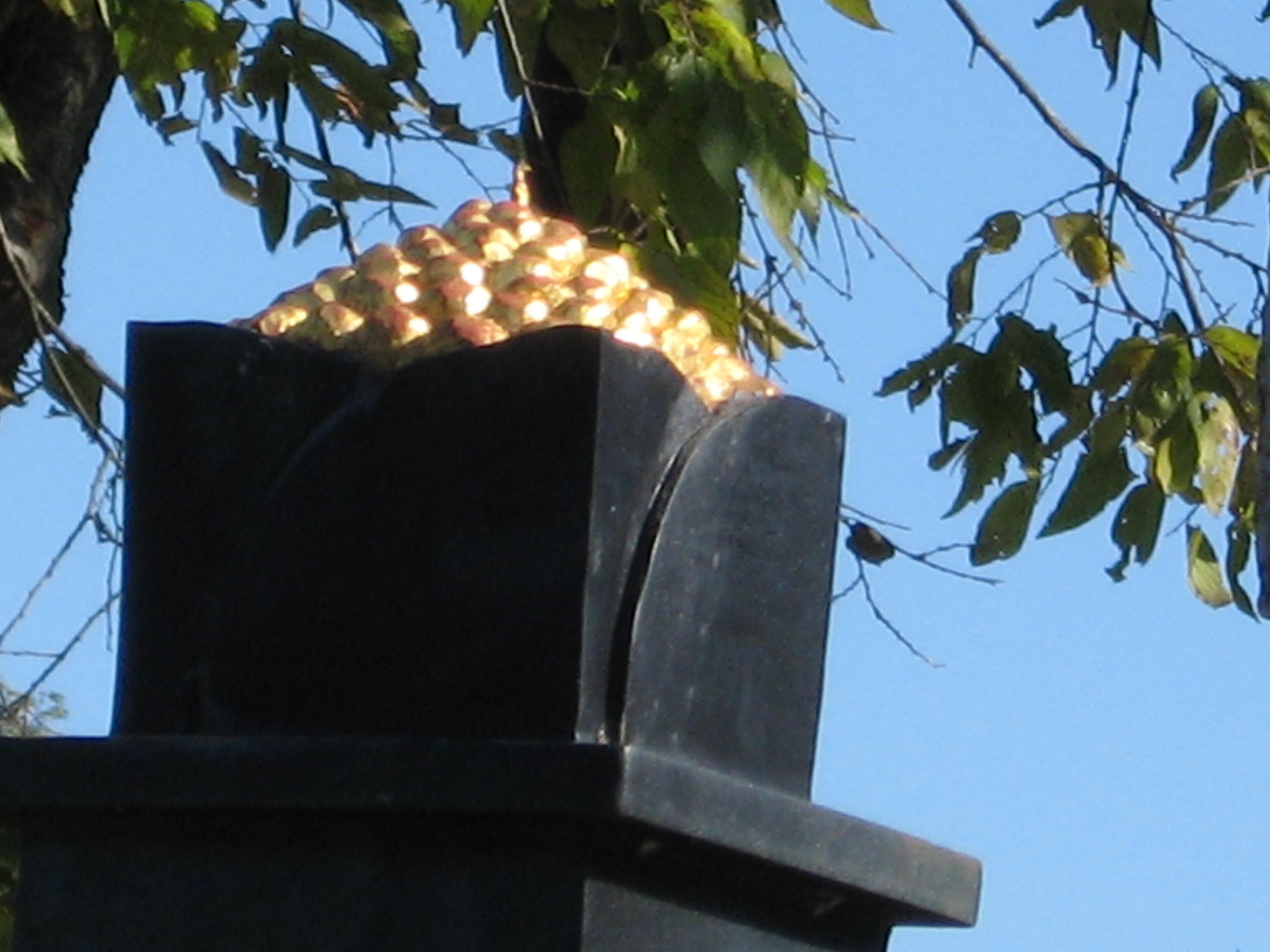 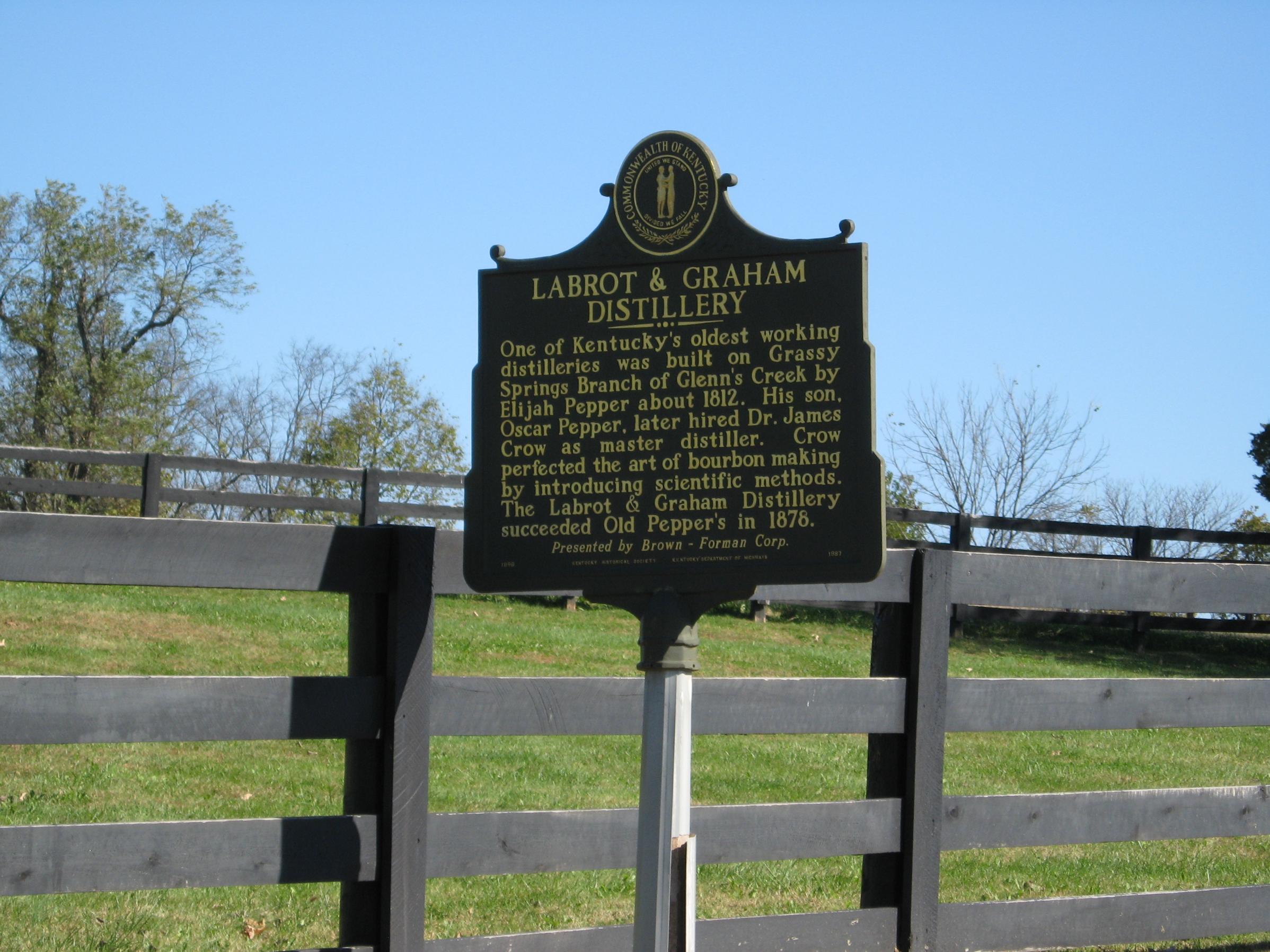 We missed the official tour, but gift bags in hand, we headed from the distillery in Versailles, to Paris (appropriate, eh?). Paris (KY) is the location of Claiborne Farm - the place where the famous horse Secretariat went to retire as a "stud" following his racing career. He is buried there and they give public tours daily at 11am WITH reservations. I had tried for a month to secure spots, to no avail... so we decided just to check out the front gates and that we did. The kids have watched that movie for over a year and enjoyed it every time - I have to admit I like it too. This was as close as we were gonna get to seeing some of the real life history of that great horse. 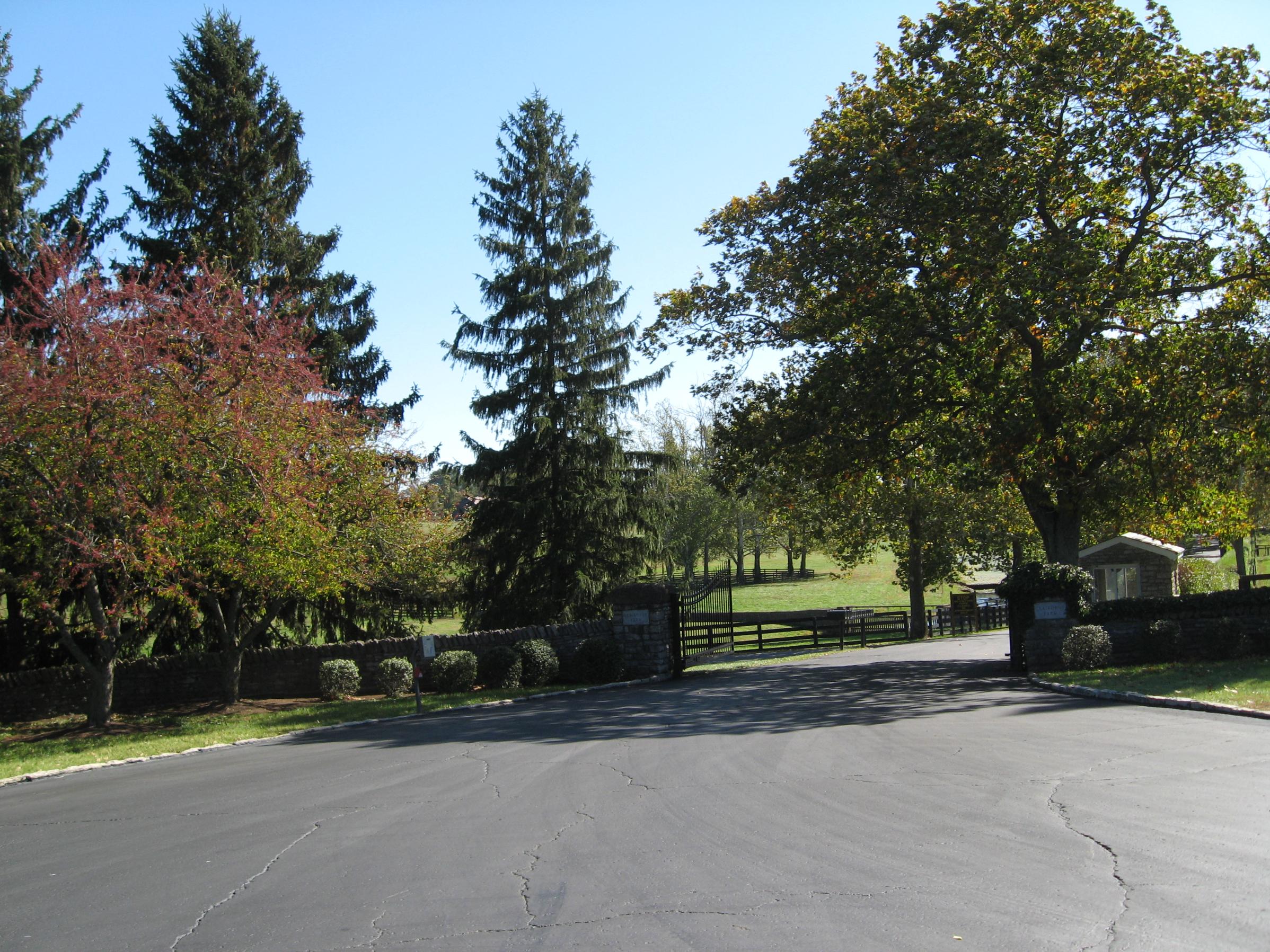 With kids about to mutiny, our next stop was a nice rest area and "artisan" building showcasing crafts made in Kentucky. Many artists were in residence and doing their craft for all to see - what a creative way to draw interest to your state and highlight the local talent! We ate a cooler lunch off the cargo carrier on the back end of the truck and ended with a special treat called "Derby Pie" - something from nuts and chocolate that we'd never tried before. Consumed with whipped cream on top, we will attempt to emulate at Thanksgiving time at home. 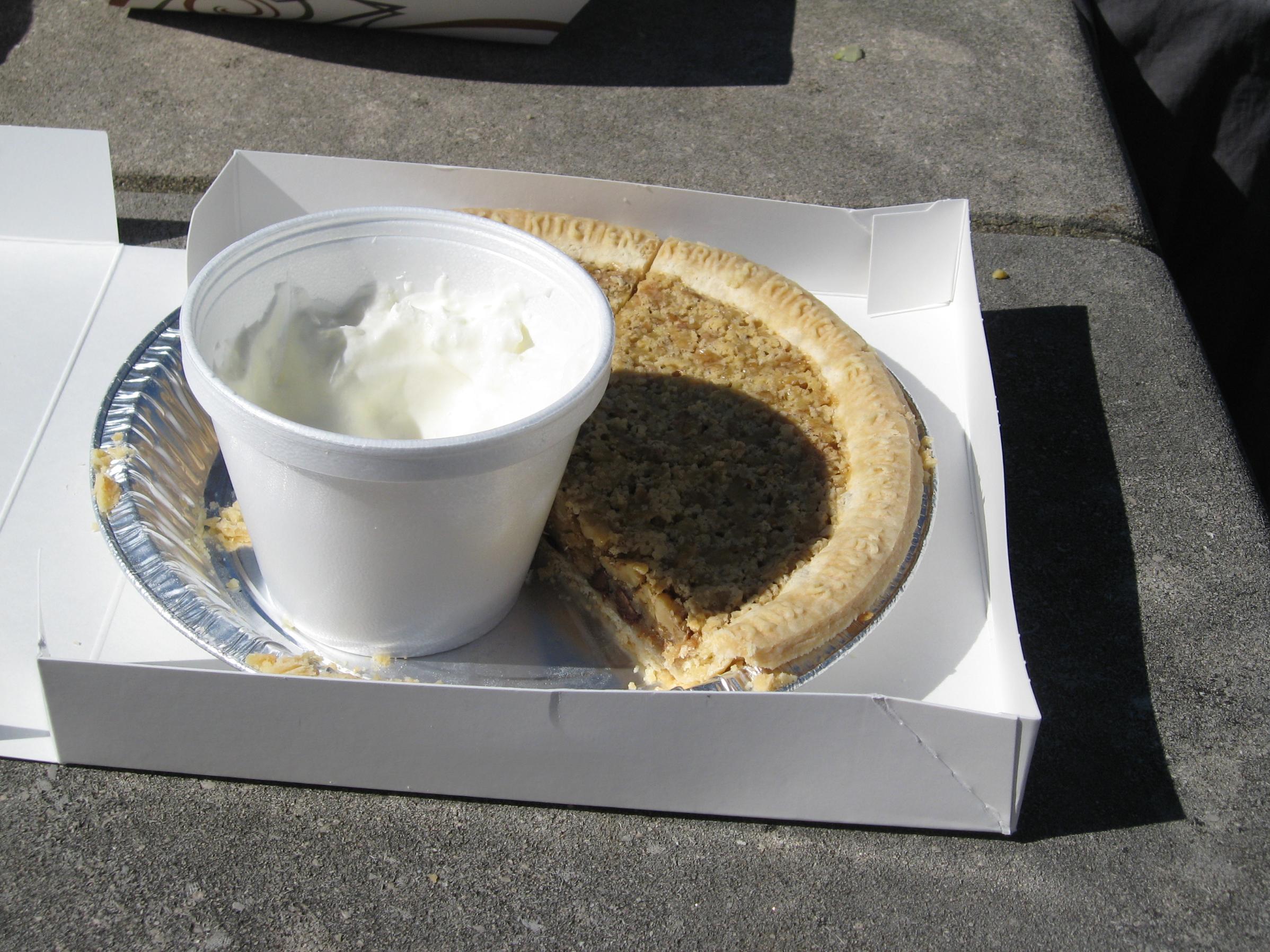 Now, thoughts of our mountain campsite were pressing in my brain - dreams of relaxing in the smokies with a campfire pizza for dinner motivated me to call an end to the rest area game of tag and get us back on the road. My parents and sister were also heading for North Carolina by car, and we came within an hour of each other as we passed through Knoxville. CLOSE! but no cigar and we couldn't talk them into camping with us, so we pressed on toward Gatlinburg and the entry to the Smoky Mountain National Park.

The kids were getting a bit fidgetty, so I drew from my own experience as a kid visiting the area and decided the Alpine Slide in Gatlinburg was just the thing to motivate them to hold it together... It was maybe 4pm as we got off the highway and headed toward the park - the GPS said it would be 15 miles to the mountain with the slide. I figured we had time to slide and still make my date with a pizza in the campground. Wrong.

As we entered Seviereville (Severe-ville), traffic was stop and go 6 lanes wide. Seviereville leads to Pigeon Forge which leads to Gatlinburg, which leads to the entrance to the National Park. Littlest kid had to go to the bathroom, and the alpine slide was ahead of us, closing at 6:45pm. We crawled past sights worthy of the Wisconsin Dells. Hotels with water parks, restaurants with gimmicks, it was a tourist trap on steroids. We saw the upside down house (same as the Dells), Hatfield & McCoy shack, Titanic shipwrecked restaurant, etc. etc. Apparently the GPS was reading "no alternate route" or we would have taken it immediately. But how bad could 15 miles be?

Turns out REALLY BAD. We crawled and crawled to the point where we wondered if we would make the slide by the time it closed. We stalled little dd on her bathroom break and hoped the distraction of all the activity off road would help her out. Eventually we had to break down and stop for a pee break. 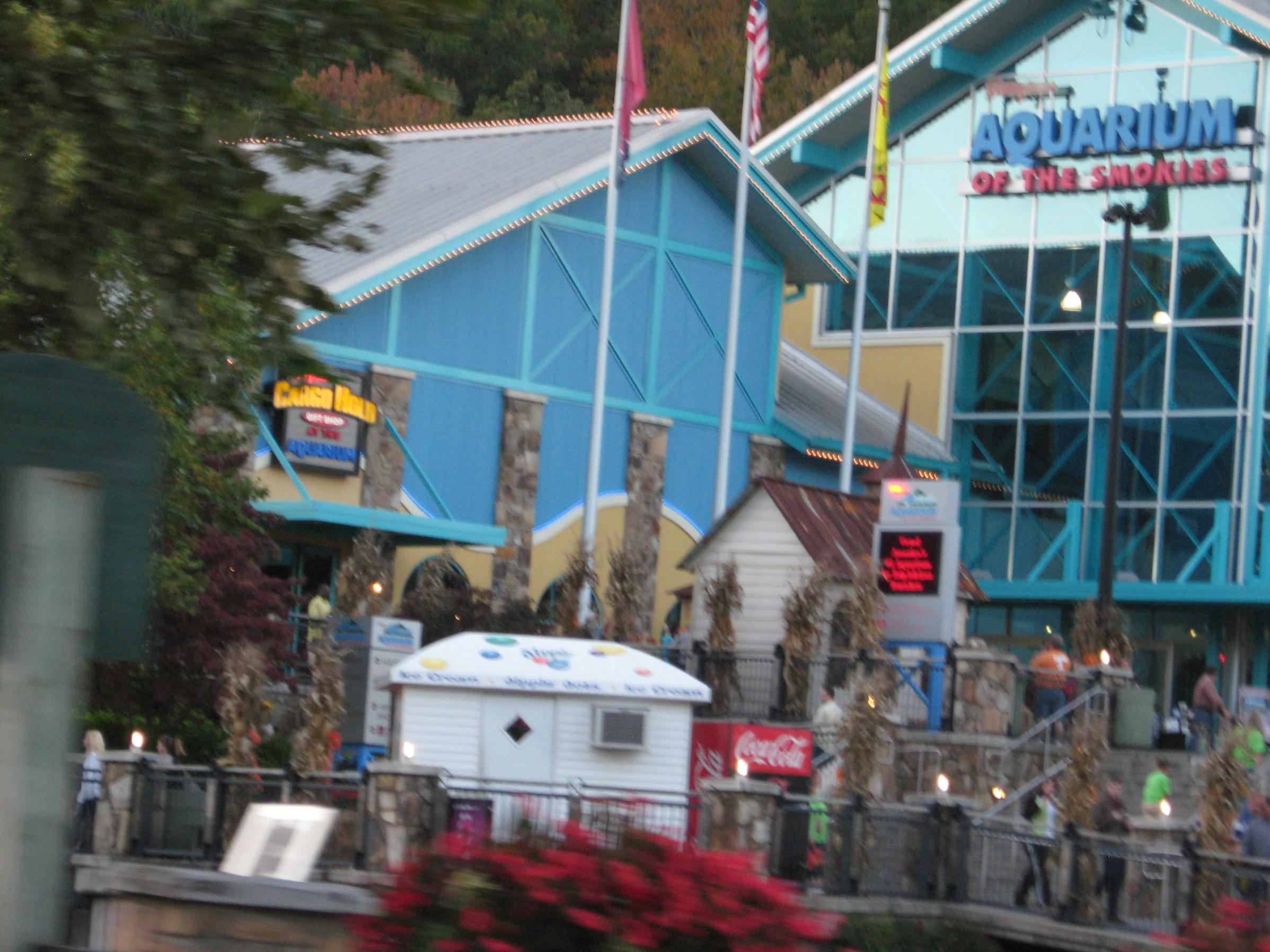 Long story short, we paid $10 for parking and RAN into the building where we'd take a tram up the mountain... only to discover we missed the slide ticket window by 2 minutes... that DANG pee break! The kids took it really well, and our "compromise" was to give them each the $7 the slide would have cost and to walk the streets of Gatlinburg with them and see if they wanted to spend it. The kids DEFINITELY got the better end of that deal. It was getting dark and the crowds were out in force (Saturday night cruise anyone?). We walked the streets and ducked into souvenir shops every now and then. It was PURE torture for me, knowing our campsite was waiting mere minutes away. 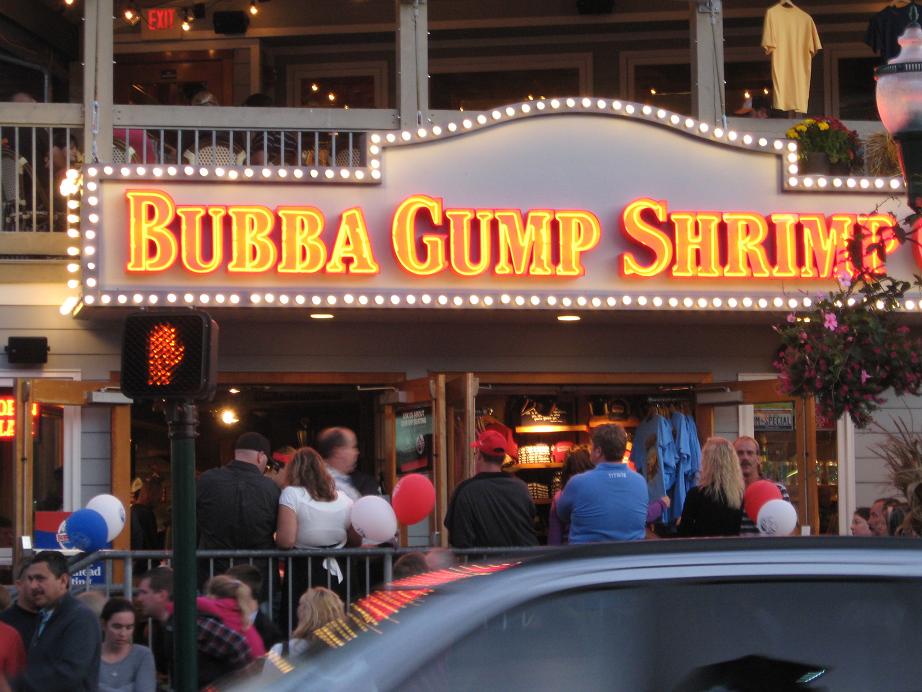 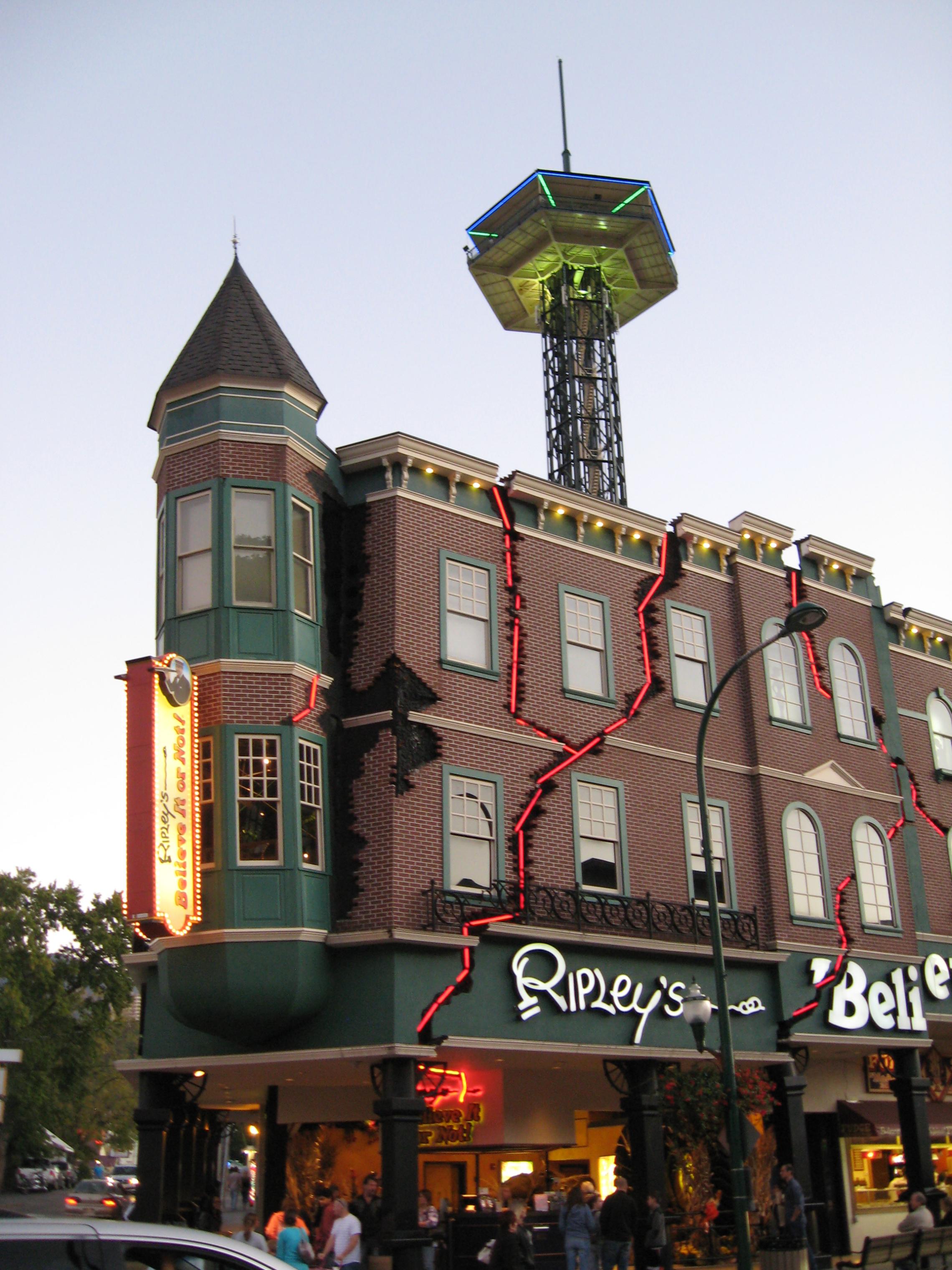 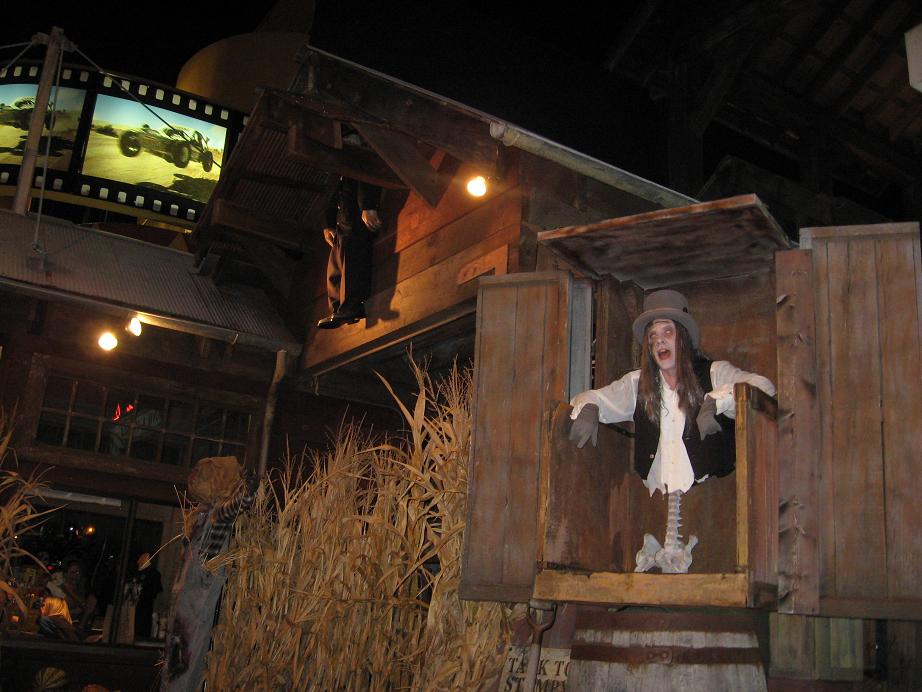 One spray painted skull hat and 2 hours later we headed for the car, only to be diverted by a yummy smelling BBQ restaurant across the street. Bennett's BBQ was to be our dinner tonight, the campfire pizza would have to wait. Satiated with dinner, at 10pm we headed for the camp site. Littlest kiddo could hardly believe we were going to a place where the tent would be right next to the car - she was genuinely shocked to hear that. On the way she said "Wait, Mom. It's not really camping if your car is nearby, is it?" I have to admit, I smiled with pride to hear that... though car-camping is better than no camping, I'm glad my kids are used to the wilderness type camping that is more our norm.

The kids all voted to sleep in the car, and save time in the morning heading to NC. That's good 'cause they were asleep by the time we found site L015 in the campground.

With warnings about bears every place we looked, leaving the cooler on the cargo carrier wasn't gonna work - so out came the stuff from inside the car and in went the cooler. Pitched a tent anyway, kids slept in the car, and hubby and I had the car-camping palace to ourselves. We used no rainfly, as the night was clear and moon was full-ish and bright. The whole top of the tent was mesh, so peeking through the trees and migrating from front of tent to back was the spectacular moon. I snuggled in for the chilly night. Ahhhhhh, FINALLY!!