John, Mark, & Shawn all planned to work today, so the plan was to meet up at Marks' place in Gilbert at 4:30 P.M. I work weekends so all I needed to do was wait for our friend Clarissia to show up to watch Aurora and I would be northward bound. I arrived on "Da Range" about 2:00 so I popped in to visit with my parents & Uncle Allen who had also stopped by. Had a hardy bowl of ham bone soup before leaving for Marks' place, which is only about a 10 minute drive from there.

Mark meets me outside and helps unload the precut UHMWPE sheet I had for his future tobaggon building project. We then unload all of our gear on a plastic tarp he has setup in his driveway so it is ready to be loaded into Shawns' truck when he arrives. Alas, shortly after doing so Mark contacts Shawn & discovers he is in Orr. Over an hour away and still has to stop & pick up John yet. Mark & I contemplate the situation and decide to drive up ourselves. We'd meet up with Shawn & John at Bearskin lodge later tonight. Marks' wife Tammy sends us off with some freshly baked rolls & honey. 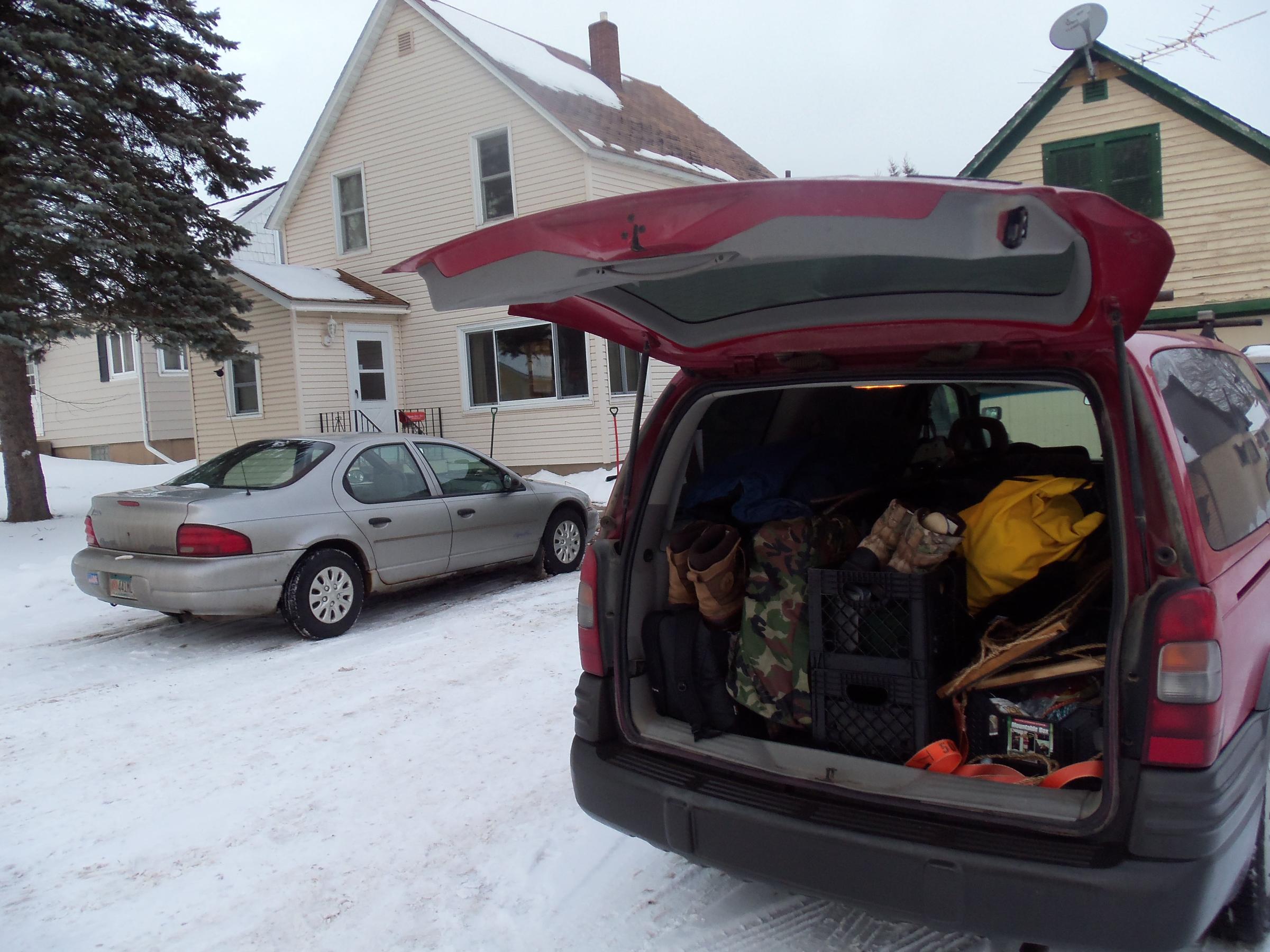 I had called ahead to Bearskin lodge saying we'd be running late. As promised, upon arrival, they had left a note with instructions on which cabin was ours & how to get there. While Mark waited in the parking lot for the others I hauled our overnight bags up & got the sloppy joes going. Apparently Shawn was driving like a madman & arrived within a half hour of us. We settled in for the night, eating the sloppy joes & chips while shooting the breeze.

I thought Bearskin Lodge was a very, very nice place. More than met my expectations. 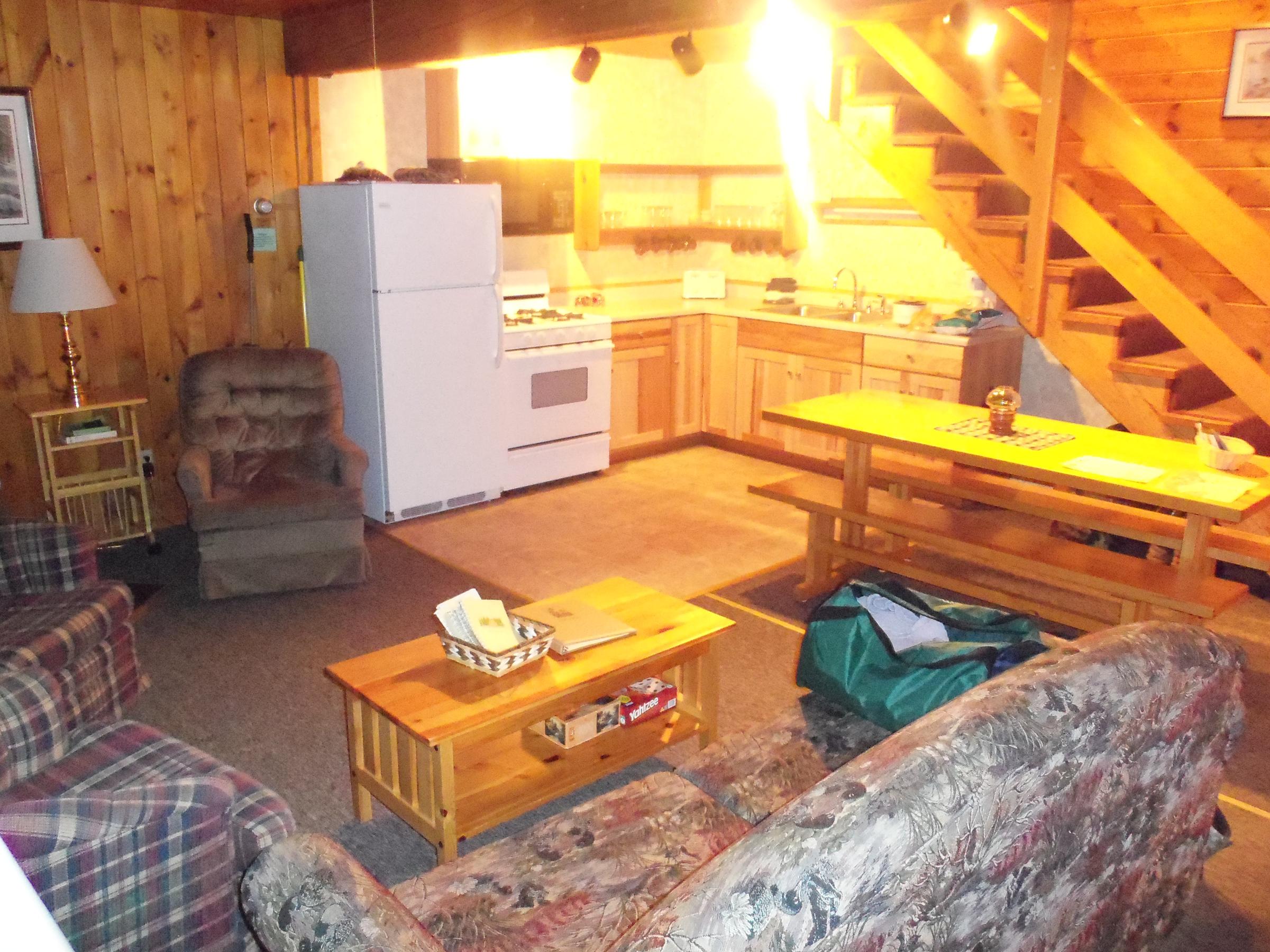 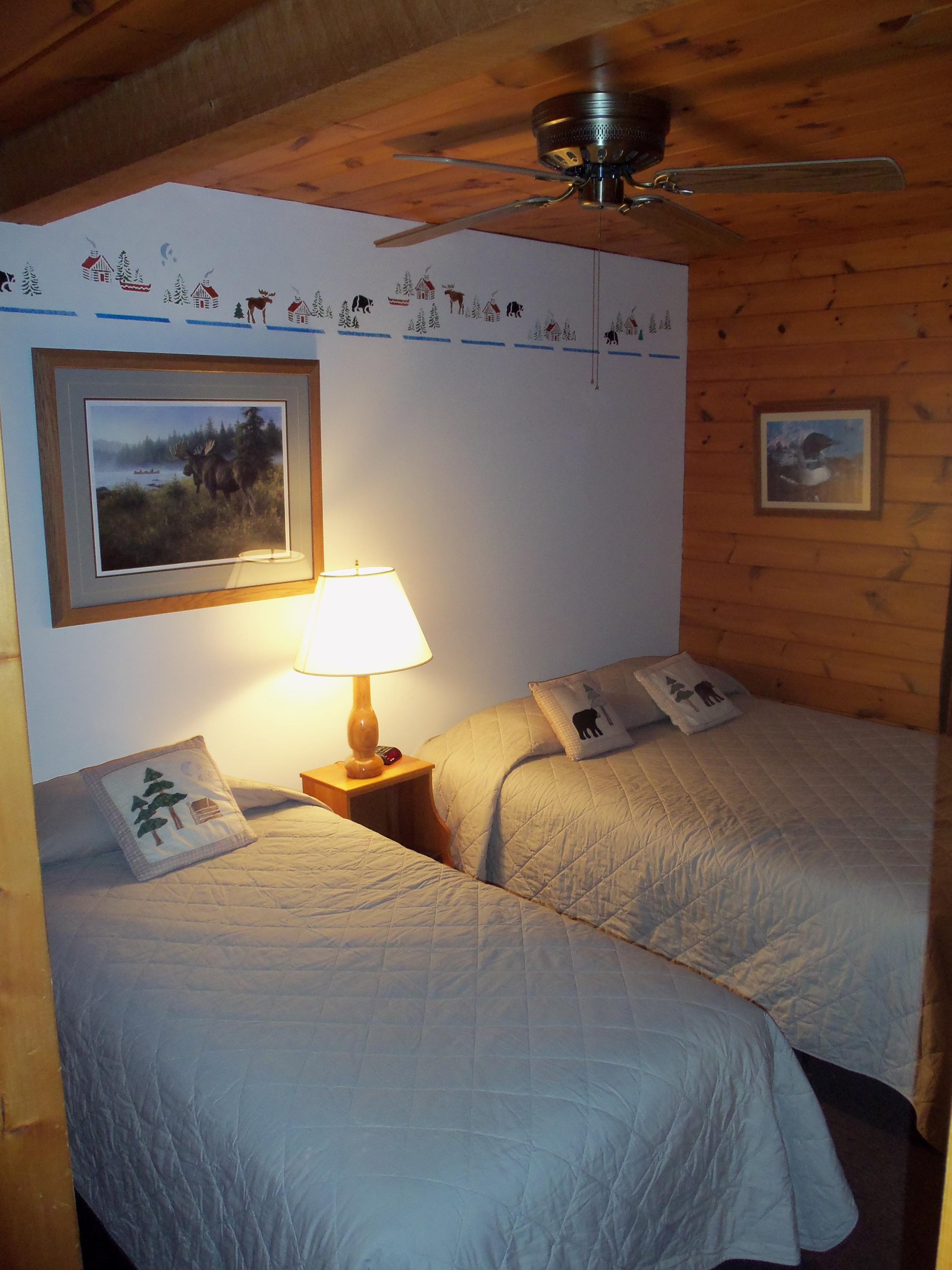 I was the first to turn in at about 11:00. Just as I was doing so a red fox hopped up onto the deck just outside our windows. Unfortunately, he disappeared before anyone could drag their camera out.