Family Aventure to Insula and back
by BWfishingfanatic12

Trip Type: Paddling Canoe
Entry Date: 08/04/2012
Entry & Exit Point: Lake One (EP 30)
Number of Days: 4
Group Size: 6
Trip Introduction:
My brother and I are big into fishing and have been up there many times each but we wanted to experience the Boundary Waters together as a family. My parents and one of my sisters had been up there once and my other sister was a BW rookie. We had never gone in August before so we were excited to expand our fishing styles and try new things plus spend some quality time with the family.
Discuss Trip: View Discussion Thread (19 messages)
Day 1 of 4
Thursday, August 04, 2011

We woke up at 3:30AM excited about our first Boundary Waters trip as a family. We wanted to get as early a start as possible so that we could have a full day of travel and paddling especially, because we wanted to try to make it to Insula in one day if we could. We had packed up and loaded everything the night before so we would just have to get up, eat and go in the morning. It was around a four hour drive up to Ely from our home in Wisconsin so we wanted to get to the Ranger Station as soon as it opened. We got off to a little bit of a slow start as expected so we didn’t leave home until like 4:30AM. We got to the ranger station between 9 and 10 and we were at the entry point paddling out around 11. My brother and I were worried because of our late start and slower travel time due to the greenhorns in our family but we tried to be patient as we traveled towards Insula. The portages were actually fairly smooth and quick for the most part even with our group size. We didn’t want to stop and eat because we wanted to get to Insula and get a campsite as soon as possible. After a while we knew we weren’t going to get there fast enough and the wind was picking up so we linked up our 3 canoes and took a break and ate some snacks and filled up on water as we let the wind blow us across Hudson. We had a couple different campsites in mind that we wanted but as it was like 3 to 4 o clock when we reached Insula we weren’t too optimistic. Once we reached Insula the wind had really started to pick up from the southwest. My sister was in my canoe and we got out the tent fly and sailed for a while which was pretty entertaining and was faster than paddling. We got turned around several times as we made our way to the North most part of Insula but eventually we made it there and thankfully we got the campsite we wanted as it was just being vacated as we got there at just after 5 which was really strange but we were very thankful! So exhausted from our long day and lack of food we set up camp and relaxed and ate the rest of our lunch at like 5:30ish. My brother and I were itching to wet our lines so we headed out to explore and fish a bit as the rest of our family took naps or relaxed. We caught a few smallmouths and northerns in an hour or so of fishing. We’ve generally taken trips in June or early July so have usually found lots of success fishing bays and shoreline either casting rapalas or jigging but figured this wouldn’t be the case in August because all the fish are deeper on reefs and humps. So after getting a layout of the surrounding area and catching some fish we headed back to camp to collect firewood, tidy up camp, look for a bear bag tree, and that kind of stuff while supper was cooking. We ate supper then my brother and I headed out for an evening of fishing. We weren’t exactly sure what to try so we decided we’d troll some blue rapalas around islands and through narrow spots because that’s normally what we’ve done a lot at night. We caught 7 walleyes in like two hours so it was pretty slow but we figured trolling probably wasn’t an ideal way to fish in August because they don’t come up very shallow even to feed. We were happy to just be in the BW though so we weren’t complaining and we caught some decent walleyes. We headed back to camp and hung out as a family for a while and then went to bed around 11:30. Lakes traveled: Lake One, Two, Three, and Four, Hudson, and Insula. 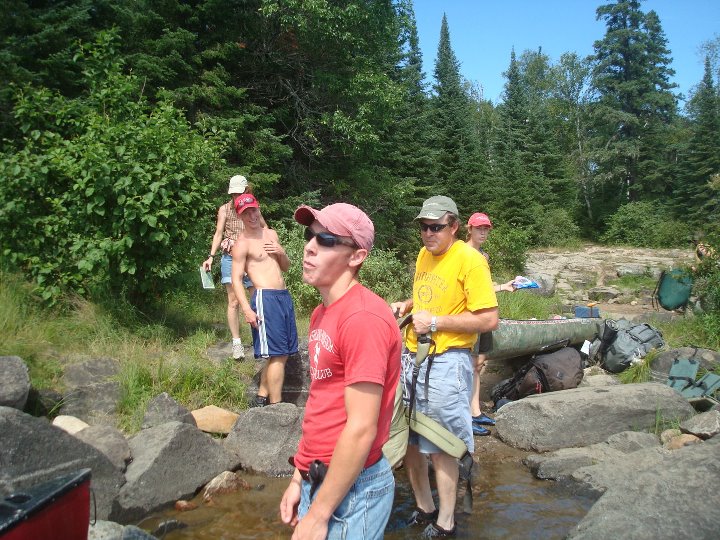 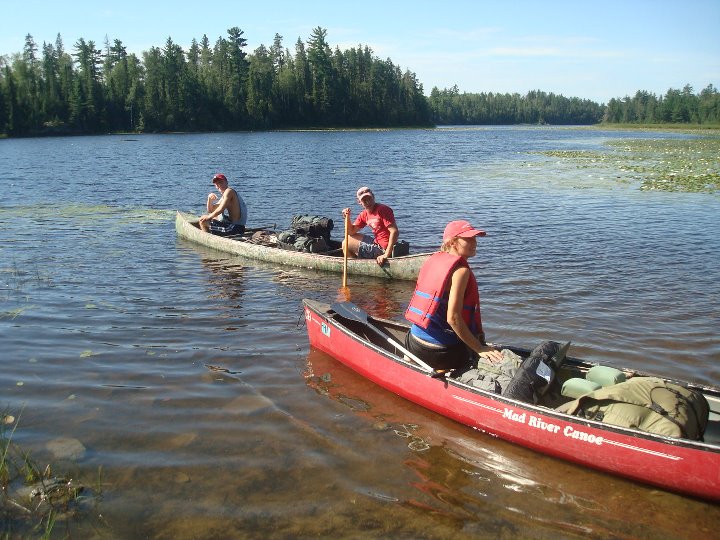 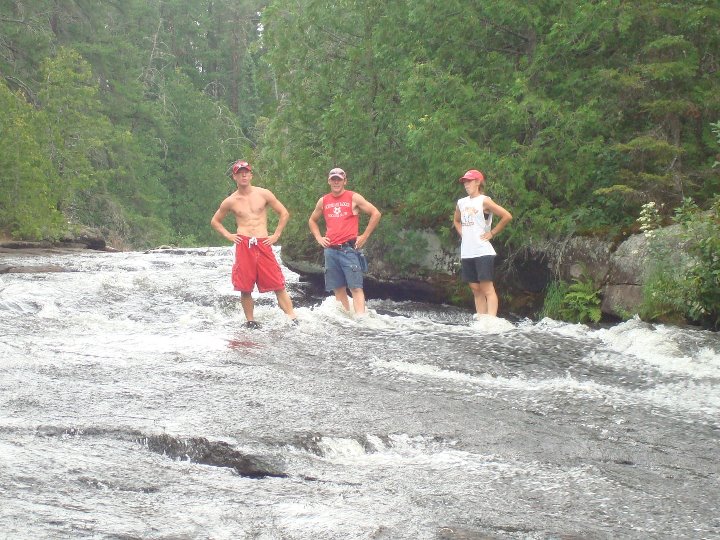