Little Indian Sioux and Beyond
by wrestlencanoe

Trip Type: Paddling Canoe
Entry Date: 06/05/2012
Entry & Exit Point: Little Indian Sioux River (north) (EP 14)
Number of Days: 7
Group Size: 3
Trip Introduction:
This trip had been in the planning stages since December of 2011. Searching bwca.com for possible routes, reading trips reports, looking at maps, and getting lake information from Minnesota’s Lake Finder. I reserved entry point 14, Little Indian Sioux River north for June 5 the day permits became available and an 18.5 Souris River from Voyager North Outfitters in March. I asked many of my paddling friends to come along and many expressed interest but in the end it would be Myself(Pat) and my 2 sons Sam (16) and Ryan (11). We left our home in Iowa at 6 in the morning on June 4 and had an uneventful drive to Ely arriving at 2:30. Our first stop would be to Voyager North to pick up our permit, canoe and leeches. We went over the maps with John and finalized our route. We decided that with good weather and light winds forecasted that we would try to make Snow By in Lac LaCroix on day one. We would spend 2 nights on Snow Bay then head over to Takucmich for 2 nights, travel through Tesaker, Gun, and Eugene, Spend the night on Steep. Our last night would be spent on Loon then paddle out through Little Indian Sioux. Our next stop would be Dairy Queen for an early dinner then the drive on the Echo Trail to Lake Jeanette where we would camp the night before our journey. The rest of the report will be told by my sons Sam and Ryan. A video of the Trip can be found here: http://www.youtube.com/watch?v=DXCv9Q6ZDJw
Discuss Trip: View Discussion Thread (6 messages)
Day 1 of 7
Tuesday, June 05, 2012 (Ryan) Woke up at 4:30 A.M., took down camp and headed for the Little Indian Sioux. Started off the day with a 40 rod portage, and were on the water by 6:00 A.M. Paddled a while and then did a 60 rod portage. After that we followed the river into Upper Pauness, over to Lower Pauness on a 40 rod portage. Soon after that we took a 160 rod portage back into the Little Indian Sioux River. Since the river was fairly high we were able to make it down a beaver dam. We then paddled through Loon up into the Beatty Portage. Then we went into Lac La Croix and were in Snow Bay by 1:30. A 17 mile day…5 portages. 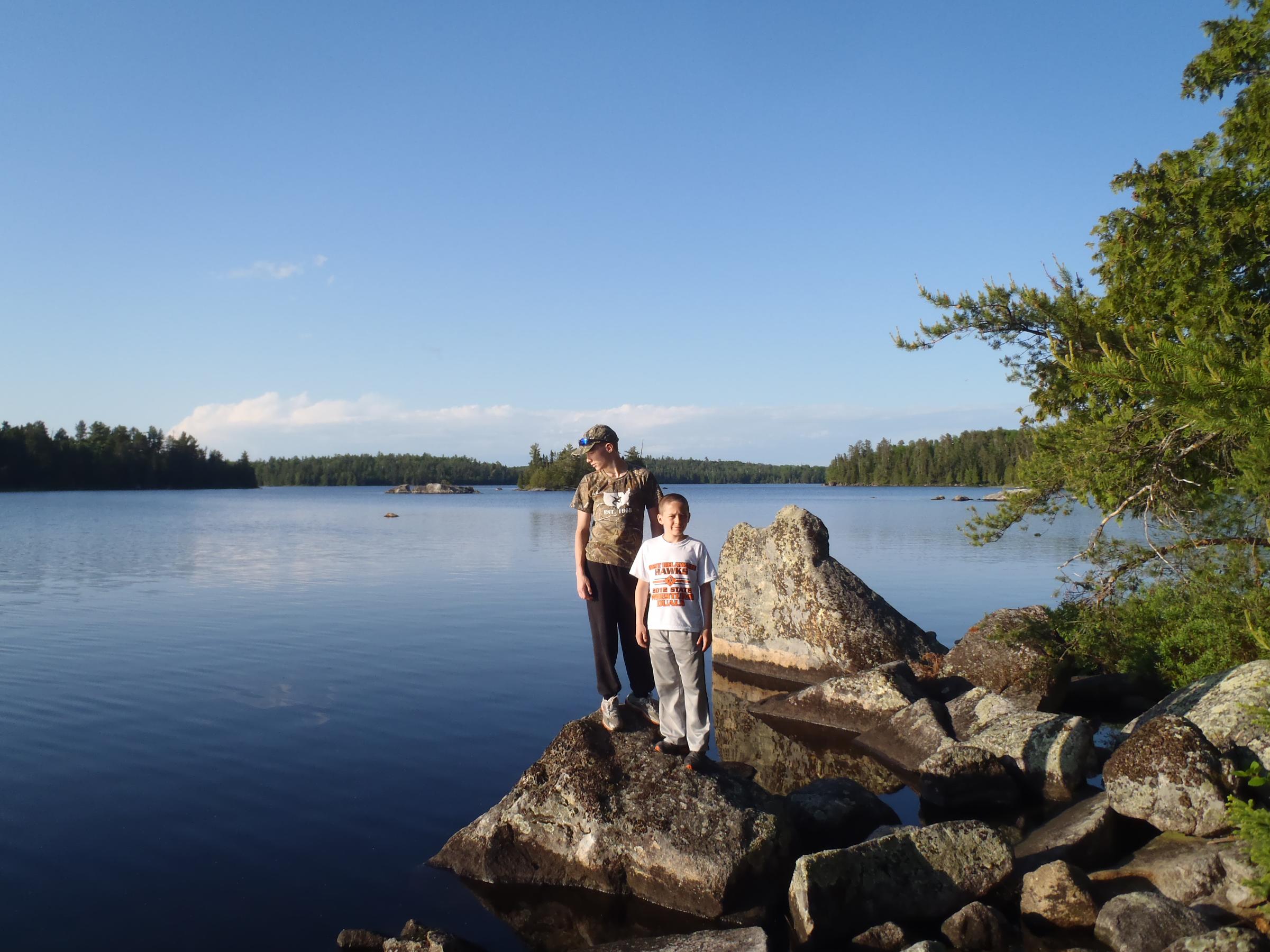