Trip Type: Paddling Canoe
Entry Date: 06/13/2012
Entry Point: Lake One (EP 30)
Exit Point: Snowbank Lake (EP 27)
Number of Days: 4
Group Size: 1
Trip Introduction:
4 day/4 night loop from Lake One to Snowbank. First timer, solo. 30 lakes and 30 portages.
Discuss Trip: View Discussion Thread (6 messages)
Day 1 of 4
Wednesday, June 13, 2012 - I drove up from Minneapolis to Ely Tuesday afternoon. As I was visiting my daughter, I only had room for minimal gear, so I opted for a complete outfitting by Piragis. Tues evening stopped by Piragis to get my canoe and gear. Everything was ready, laid out and well organized. They brought out a brand new brand new Voyager for me. My knees went weak! I stopped by the Ely Steakhouse for a Bucky Burger, then stayed the night at the Adventure Inn. Inn keeper was great - ex-guide - and gave me some good tips.

Wednesday morning I was out by 6:30 to get my food from Piragis. At the EP an on the Lake One by 7:45. Back home in New York State, I'm a weekend warrior canoe racer in C1 stock. Paddling a fully loaded boat was different, but enjoyable. Took a while to get used to, and fore/aft seat adjustments didn't have the same effect, but more on that later.

Lake One and Two were quiet, and beautiful. Saw several Bald Eagles. Once on Lake Three, Four, and Hundson the sign of the fire were evident. What I noticed most was the lack of shade on the portages. It was sunny and hot. I thought I might make it to Alice, but by 3:30 I was cooked and I grabbed a campsite on Irsula. Nice sandy beach, out of the wind. Bugs a little nasty. A little rain at night, which was welcome. Dinner of beans and rice, with fry cakes and a spicy sausage. I was out by 10:00.

Side note on the canoe: The Voyager at 17'6" is a great boat. Never a hint of tippiness. Tracked like a hound dog. The only problem I had was with wind on rear quarter. I had a tough time keeping the boat from rounding up, even with moving the seat all the way back. Finally, shifting weight way back helped. That was my only complaint. Up wind in any angle, directly down wind, even wind on beam, this boat was awesome. 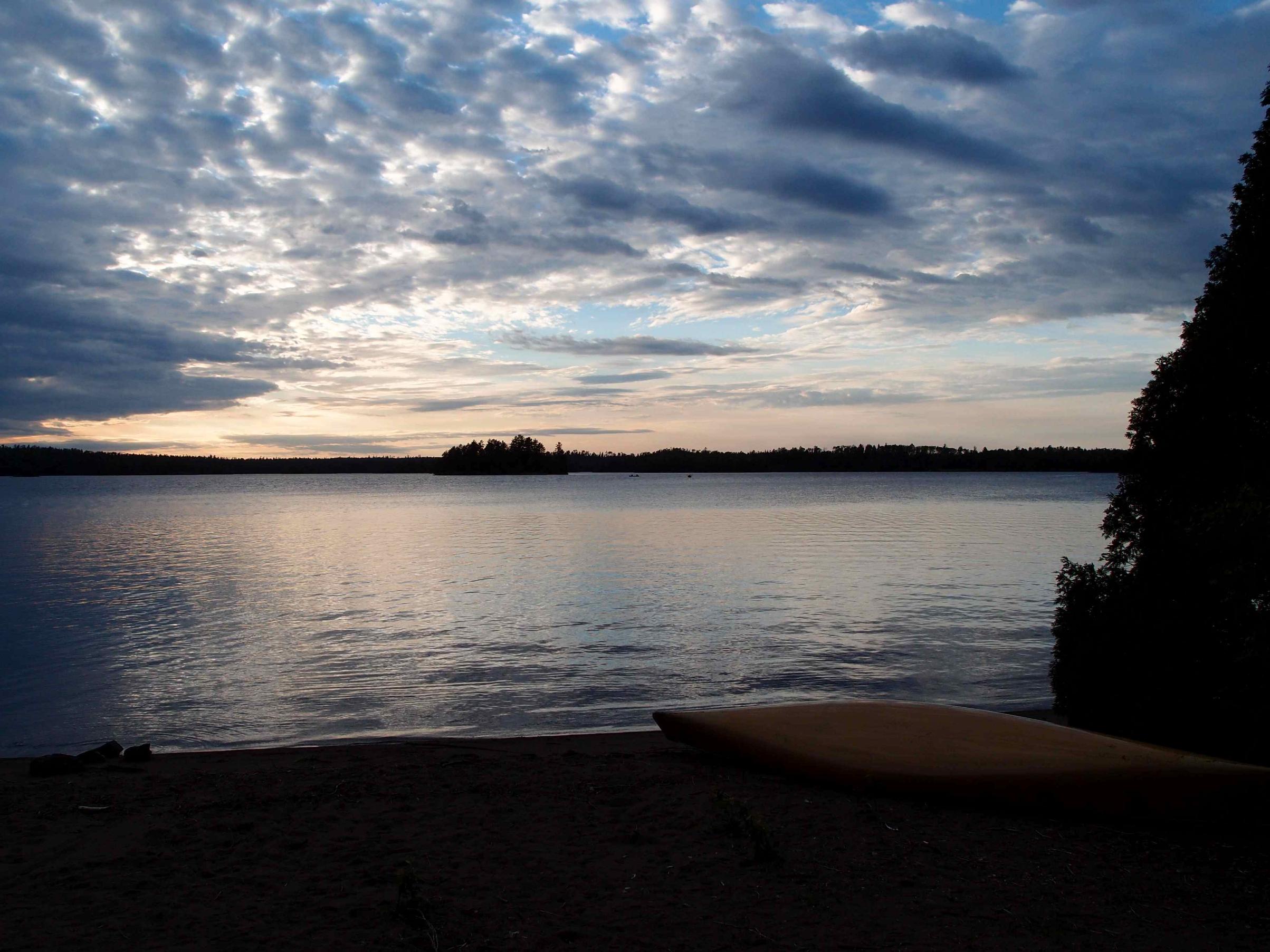 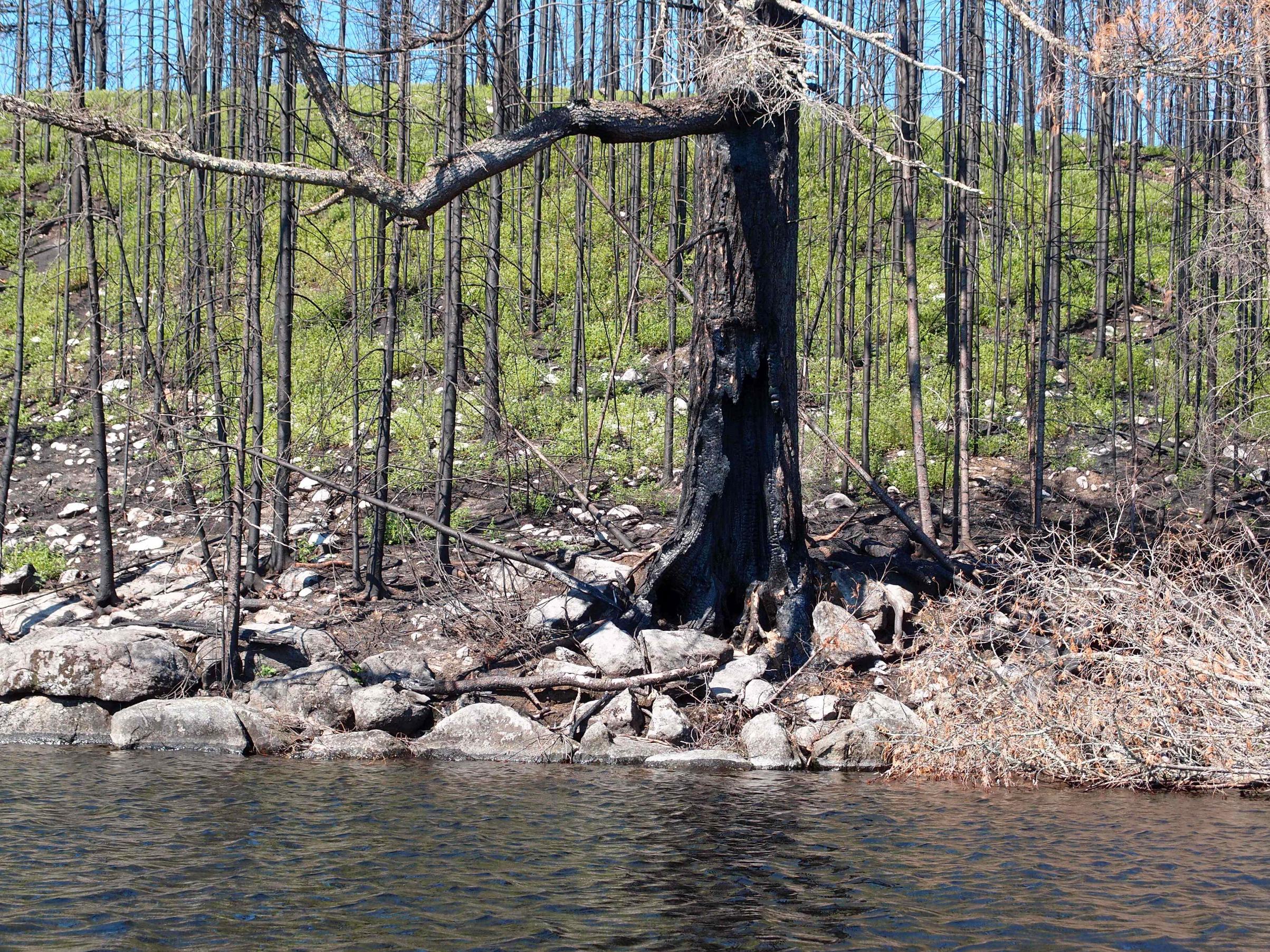 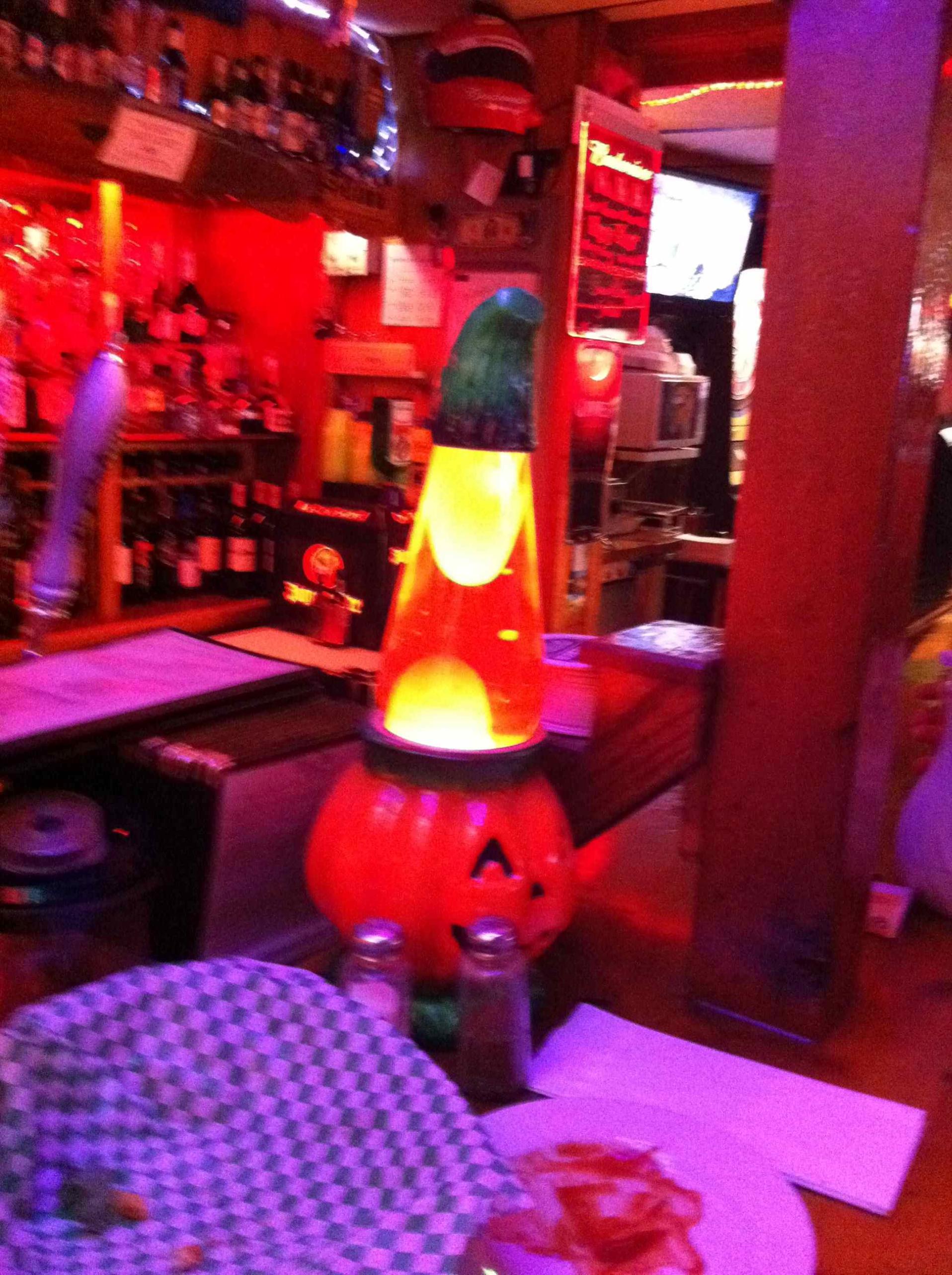