Trip Type: Paddling Canoe
Entry Date: 06/23/2012
Entry Point: Little Indian Sioux River (north) (EP 14)
Exit Point: Moose/Portage River (north) (EP 16)
Number of Days: 7
Group Size: 8
Trip Introduction:
Eight of us arrived from Georgia on Friday 6/22 ahead of our Saturday entry. Ages ranged from 22 to 60. Some drove, others flew commercial, others private air. We have had several trip previously but this was the first big loop with multiple campsites and the majority of the loop we had never been on before.
Discuss Trip: View Discussion Thread (29 messages)
Day 1 of 7

Saturday, June 23, 2012 The goal for day one was very challenging. Go from EP 14 to the northernmost campsite on Eugene Lake via the unmarked Slim/Fat Lake portage. We were on the water at 7:30 AM 6/23 and it was a beautiful day. Light breezes from the south and the northern flowing current made for easy paddling. We allowed for very little fishing as we figured this would be a difficult day of paddling/portaging. Fishing was limited to light trolling as we paddled but my son, Jake, managed to catch and release a nice northern and walleye in Loon and Little Loon Lake. 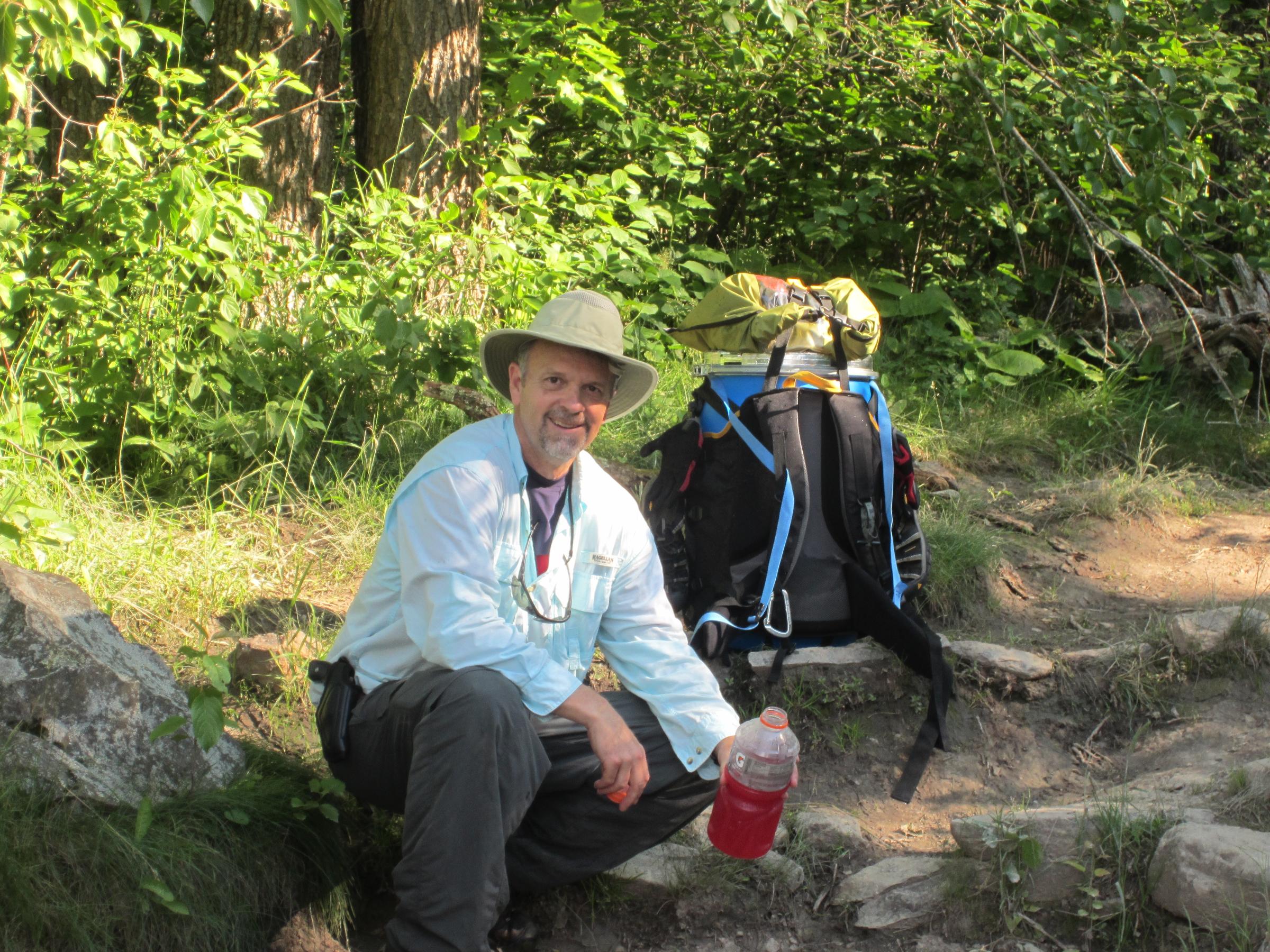 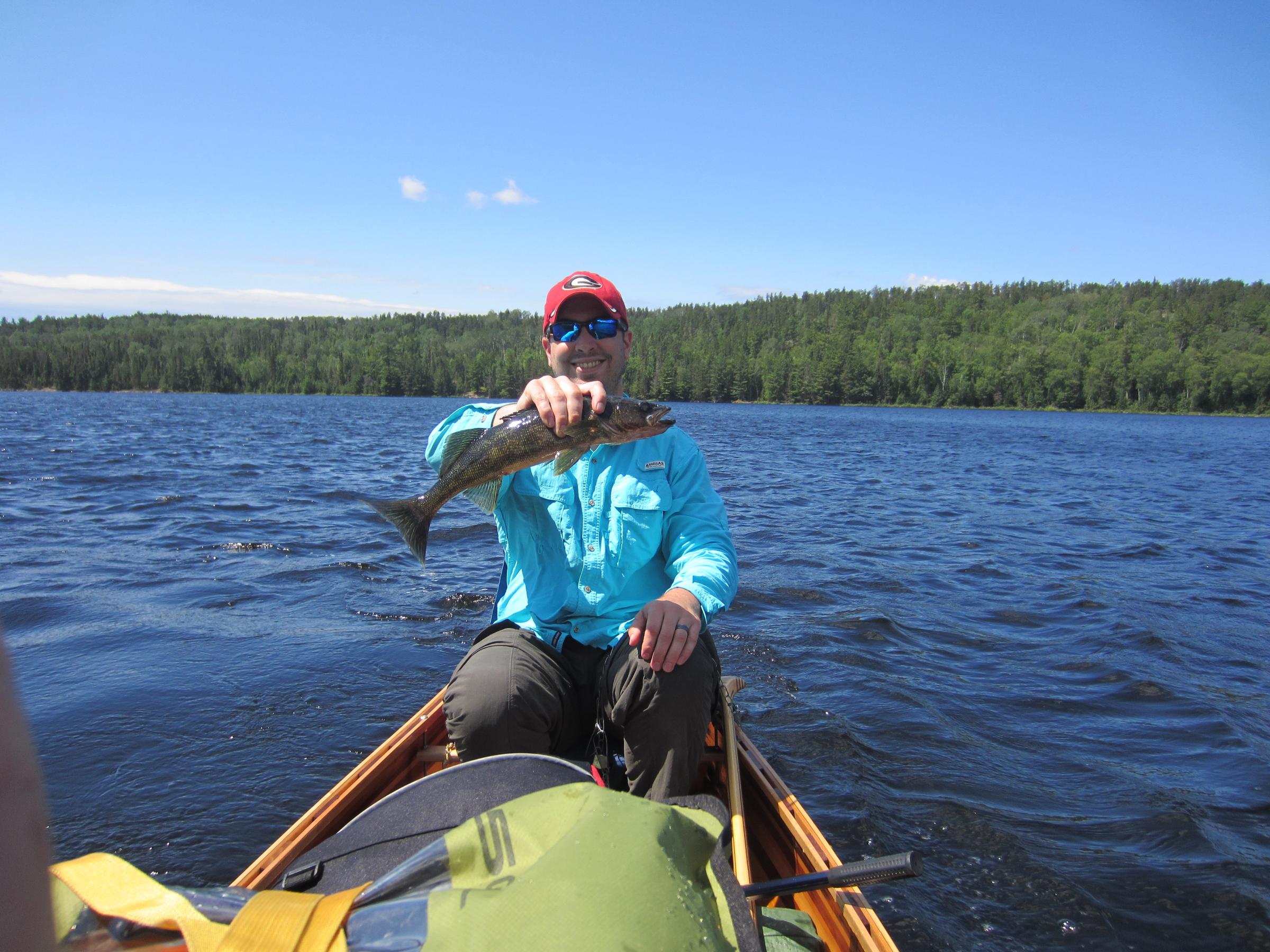 We arrived at the Eugene Lake campsite at 3:15PM. The goal was 7.5 hours and it took just a wee bit longer. We all single portaged with no real problems until we portaged the unmarked trail from Slim to Fat Lake. I had heard that the Steep Lake portage was a real bear so we thought this shortcut in paddling would make for a shorter day. This portage is not for the faint of heart. We lost the trail one time, worked around some deadfall and it was still mostly uphill. We were beat by the time we reached Fat Lake but at least knew that we didn’t have much further to go.

After a short refresher at Fat Lake, which was very clear we made it to the Eugene campsite in short order. The reward was filet mignon that we had frozen and prepacked in a thermos. A nice meal to reward a successful but tough day. An impressive one hour storm rolled through during the night and gave us a chance to test our equipment. After that nothing but sunshine the entire trip. 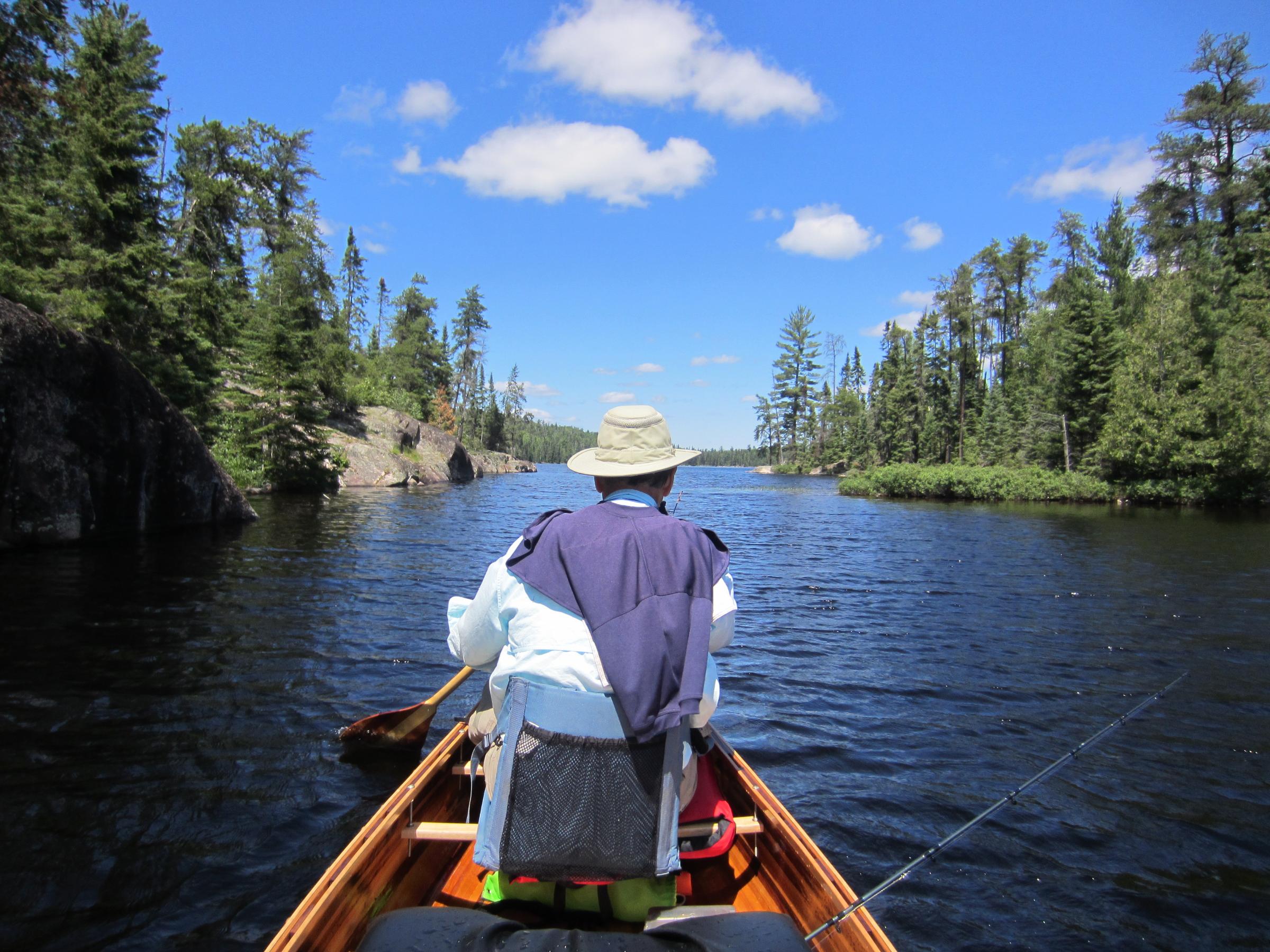