Trip Type: Paddling Canoe
Entry Date: 07/02/2012
Entry & Exit Point: Other
Number of Days: 6
Group Size: 6
Trip Introduction:
Our trip officially started on the 30th of June, when Gavin and I piled into our loaded & canoe-topped Prius to head up North for Cub Scout resident camp. After camp was done we drive a little further North to explore parts of the Sylvania Wilderness in Watersmeet, MI. Last April I also purchased a used Tuf-Weave Spirit II w/ash trim. While we had paddled it locally a few times this was to be her first 'real' trip.
Discuss Trip: View Discussion Thread (2 messages)
Day 1 of 6
Monday, July 02, 2012

It's Gavin's 10th birthday today! For almost the last year all he's been talking about when we figured we'd be spending his birthday at camp was getting chased around the dining hall and then doused with water. He witnessed this happen to another Scout last year and had been looking foward to the same treatment. Dinner was the agreed upon time and the camp staff did not disappoint. 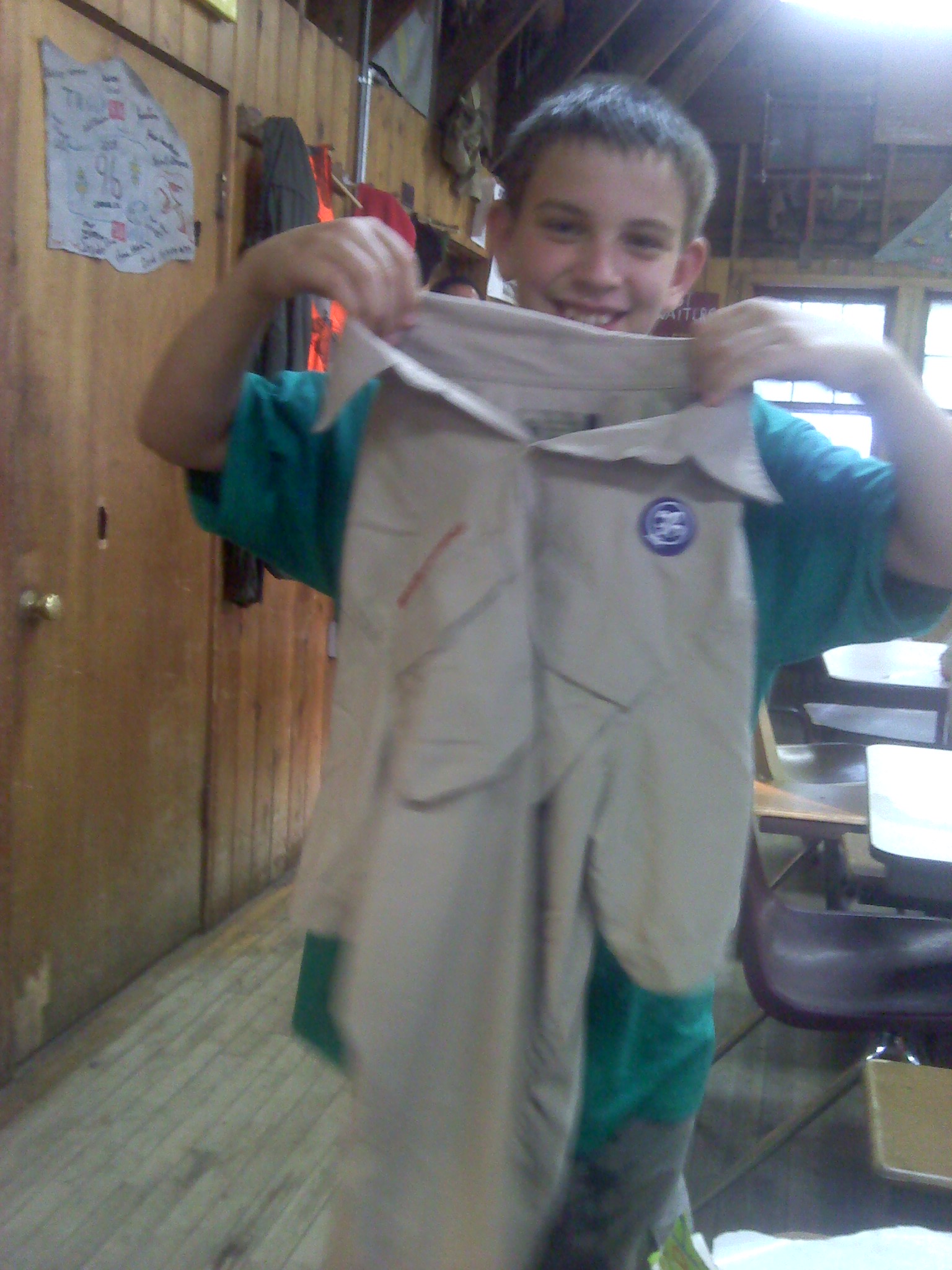 In the mail at camp today there's a package waiting for me - Ozarkpaddler and I had made arrangements for Float Stanley to come on our trip with us. I had the choice between maybe getting him at home on Friday or mailing to camp, and I'm glad I chose mailing to camp. Float arrived just in time to come along with us, and for some of the adults standing around the dining hall to wonder why in the hell is a grown man running around with a PFD away from the waterfront?!

Later that evening, it was the last night of Akela Camp and we were at the closing campfire where all the different Cub Scout Packs have to put on a skit. Looking up the hill from the fire bowl towards the dining hall at Ma-Ka-Ja-Wan there's constant lightning and some ominous looking clouds. At least, I told Gavin a couple times, its off to the East of us. He's very interested in weather and meterology so he knew what it would mean on a typical day.

After cracker barrel we hurried back to camp. Several of the younger boys wanted to do s'mores again tonight, and I told them they could have a fire and do their thing as long as they had an adult willing to keep an eye on them. The boys took some armloads of sticks and twigs and headed for the other fire pit in our campsite. Gavin, thankfully, had no interest in the smores tonight so I was getting him ready for bed and trying to secure our stuff at the same time. I put the last load into the car just as the drops started and soon was in the tent with him.

There were some closer flashes and claps of thunder. Gavin doesn't care for thunderstorms or loud, unexpected noises much so I asked if he'd felt better if I were laying next to him as opposed to the gap we had going down the middle of the tent. He told me yes, it'd help him so I shoved my pad and sleeping bag over and we both fell asleep to the sound of rain battering the fly on our tent.

This is the first real test of the tent in hard rain. It had lightly rained on us last August when state park camping - when the tree fell on us. In the morning there were a couple dime sized puddles which I attribute to zipper pull placement and make a mental note to position the pulls elsewhere if rain threatens.