Trip Type: Paddling Canoe
Entry Date: 07/22/2012
Entry & Exit Point: Seagull Lake Only (EP 54A)
Number of Days: 4
Group Size: 6
Trip Introduction:
After meeting Amok's brother, cousin and daughter, we all gathered to go on a quest: find and camp on Amok's last site and follow his trail. This is the story of that quest.
Discuss Trip: View Discussion Thread (25 messages)
Part 1 of 4
“Dad took me here”. Katie said that at the campfire on our second night in on Seagull. But her dad passed away last August and this is July, 2012, a little over eleven months from that event. So why did she say that? Let me introduce you to Katie Palmer. Her dad was Phil and known as “Amok” on the north country canoeing bulletin board known as bwca.com. Amok and his family, including Katie, lived in Minneapolis. He loved the Boundary Waters and even though he had been diagnosed with lymphoma, he was an inspiration to all the people who posted on the board, including me. He was determined to live and beat his disease. But he didn’t. Amok’s passing touched us all and when his family discovered his engagement to that internet community, they were deeply moved by the outpouring of love and support. A fund was set up. People from the board went to Amok’s funeral. One member, bojibob, posted a video in remembrance. Another, tremolo, painted a beautiful watercolor in his honor. I wrote a song in his tribute based on his photograph from his last BW trip that was labeled “The Morning Fog Has Lifted” in his photo journal. Many others posted poetic thoughts about Amok. Several went back and re-read his last trip report of his final voyage into the BW. The report was titled, “I’m Alive!” and was filled with many pictures, descriptions of his daily adventures and all interwoven with a positive attitude and a feeling of being blessed. That trip was a 4 day, 3 night solo paddle to where we are now – Seagull Lake. When Katie and Amok’s brother, Ken, posted on the board to express their gratitude for all of our support, I saw that Ken wanted to learn to paddle so that he could experience what his brother loved so much. It was then I discovered that Ken lived in Nashville, TN, my home town. We met. Then last Thanksgiving Ken, Katie, Amok’s wife Becky and Amok’s mother and father came to visit. Sometime during that visit Katie said to me, “I want to go to where dad was on his last trip.” I remember my reply: “I can do that”.

Amok's pic looking from his site: 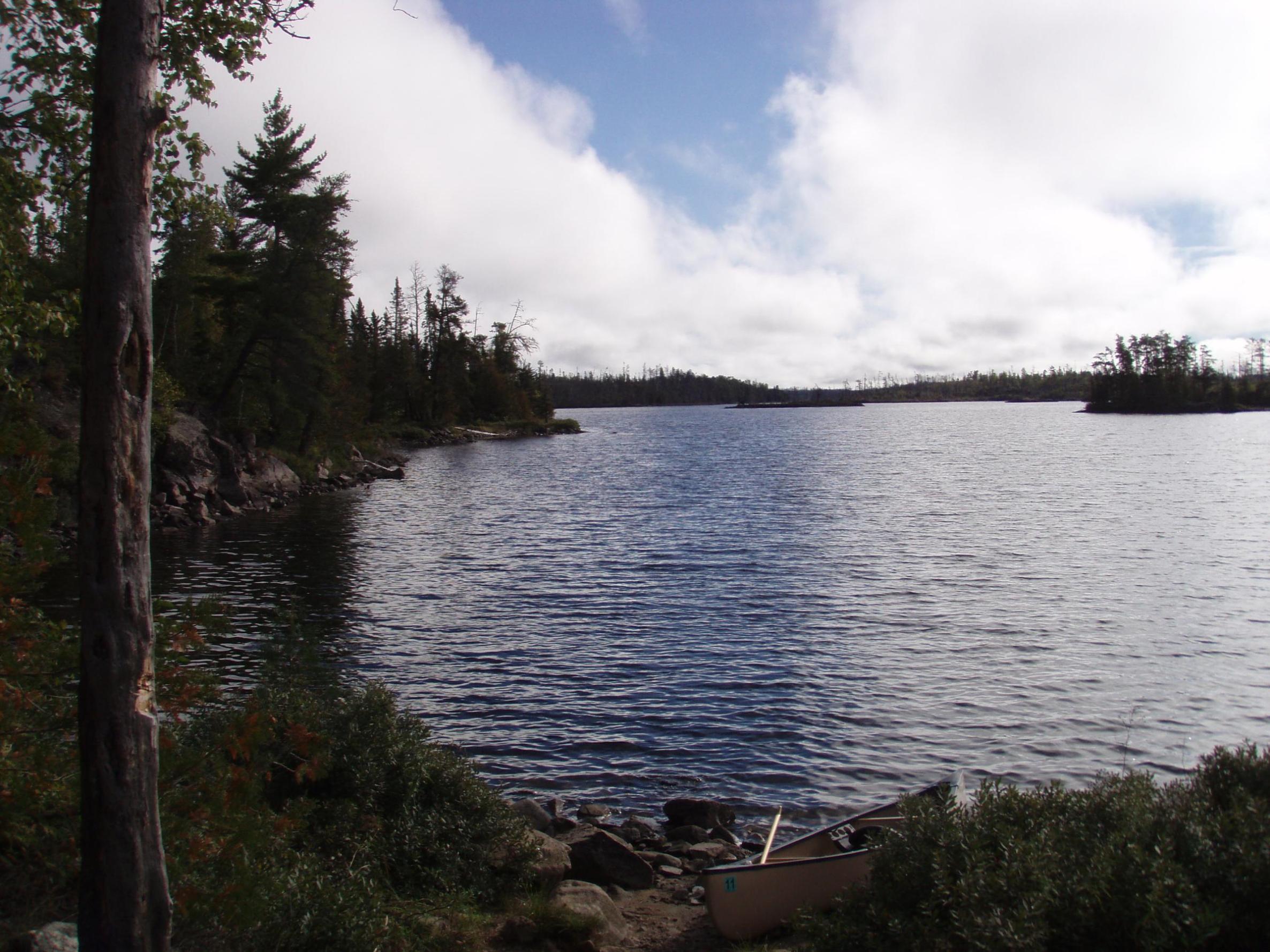