Trip Type: Paddling Canoe
Entry Date: 08/11/2012
Entry Point: Other
Exit Point: Other
Number of Days: 8
Group Size: 2
Trip Introduction:
Our interest in traveling to WCPP began after attending the presentation done by Clare Q. and Martin Kehoe at the Midwest Mountaineering Expo in 2010. We were intrigued by the outstanding solitude and fishing one could find in the park. Our 8 day trip did not disappoint as we traveled through the southeast corner of the park.
Discuss Trip: View Discussion Thread (9 messages)
Day 1 of 8
Day 1-Saturday, August 11th

We woke up anxiously on Saturday morning to get ready for our floatplane ride into the park. We enjoyed a breakfast including blueberries (we picked them in the city park) before heading off to Viking Air Service. We were greeted by Harlan, our outfitter from Red Lake Outfitters, with coffee from Tim Horton’s (Jenny is now hooked) when we arrived at the air service. We were soon joined by Karl, another paddler flying out into the park through our outfitter. Our gear was loaded into the Beaver floatplane and the canoe was tied to the struts of the plane. Harlan took our picture and we said a little prayer that our dog, Decoy, would get into the floatplane. Luckily, after Jenny climbed in, the dog walked right up the wooden plank into the plane!

With everybody aboard, we warmed up the Beaver and got ready to take off from Red Lake. Our flight was scenic and relaxing. The dog sat and looked out the window and eventually took a nap until we landed. We did see two moose while we were flying that were eating in a swamp. We were flown into Mexican Hat Lake at the base of the waterfall on the southeast side. The pilot was nice enough to taxi us up to a campsite and we loaded up our gear into the canoe just off of shore. The most exciting part of the trip for our poor dog was being plucked from the airplane, thrown into the water over her head and she sank. She eventually resurfaced and clawed her way back up onto the floats! Lesson learned: bring stick or ball to throw to shore for Decoy to retrieve when on a fly-in trip.

We were able to get everyone to shore at the campsite at the base of the falls. It is a nice campsite with one flat tent pad and a nice fire pit. We fished a bit from shore and Jenny managed to hook someone else’s lure and several rocks. We tried fishing from the canoe and Chris was able to catch a few walleyes in the deeper area where the current ends. While we were fishing it misted a little bit, but eventually the sun came out. Once we started paddling, it was gorgeous.

We paddled north out of Mexican Hat Lake. There were two short portages that were not difficult. We were then on Glenn Lake. This is where we spent our first night. We explored three campsites on the lake before picking the site on the north shore. This site was not well used and a tree had fallen on the landing, but we made short work of that for our fire. The site is small, but the tent pad is on a bed of moss and is remarkably level. There is a nice fire pit and a place to hang a rain fly. We also found a bit of history at the site; there are remnants of an old log cabin back in the woods with scattered junk surrounding the area. We even dug up a hinge! While paddling across Glenn, we caught Northerns and Walleyes trolling rapalas in 50-70 feet of water. That night we enjoyed steak, mushrooms, sweet potatoes, and some Outdoor Wino. We had a nice fire for our first night in the park. The only person we saw all day was Karl paddling across Mexican Hat. 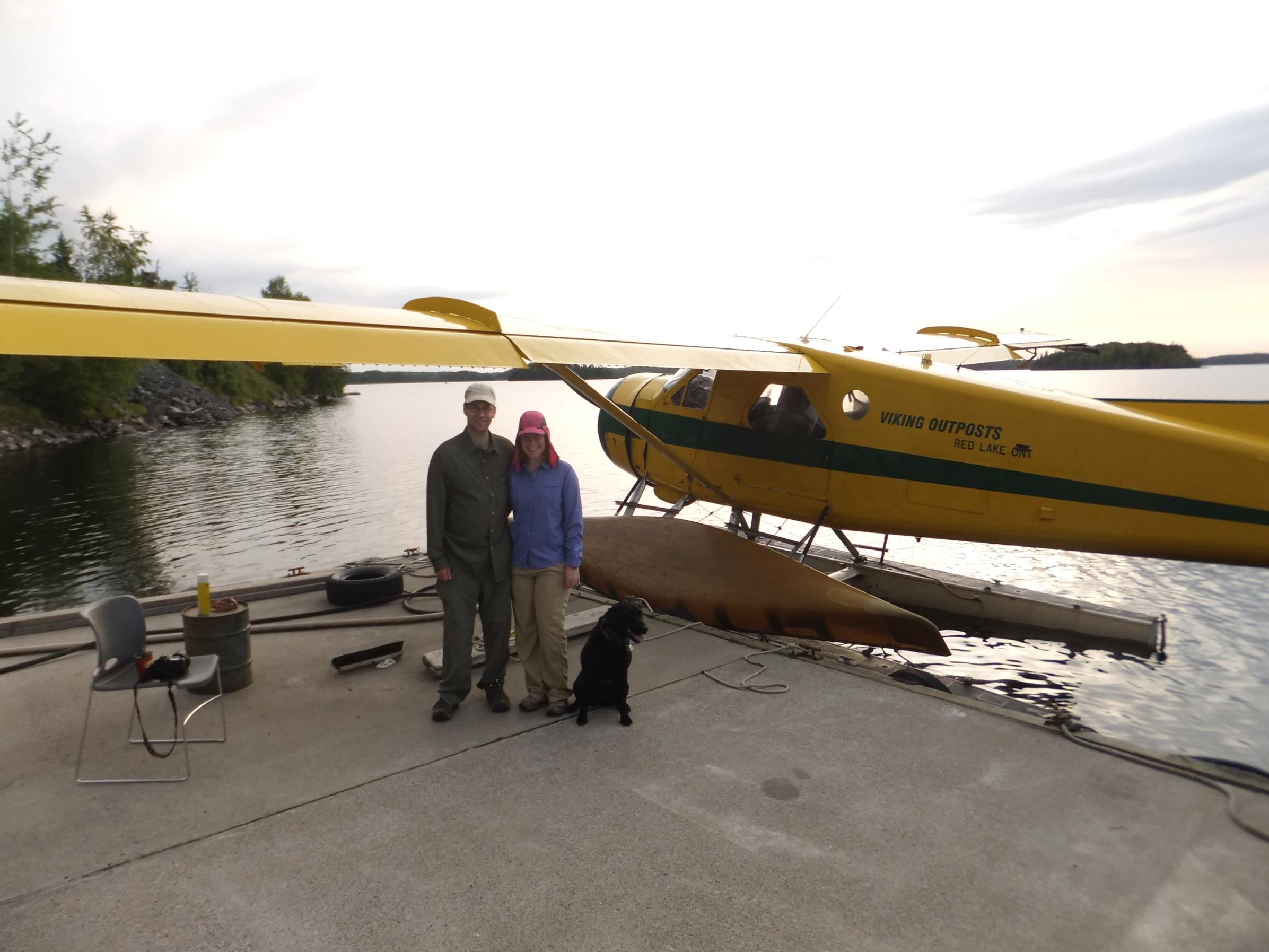 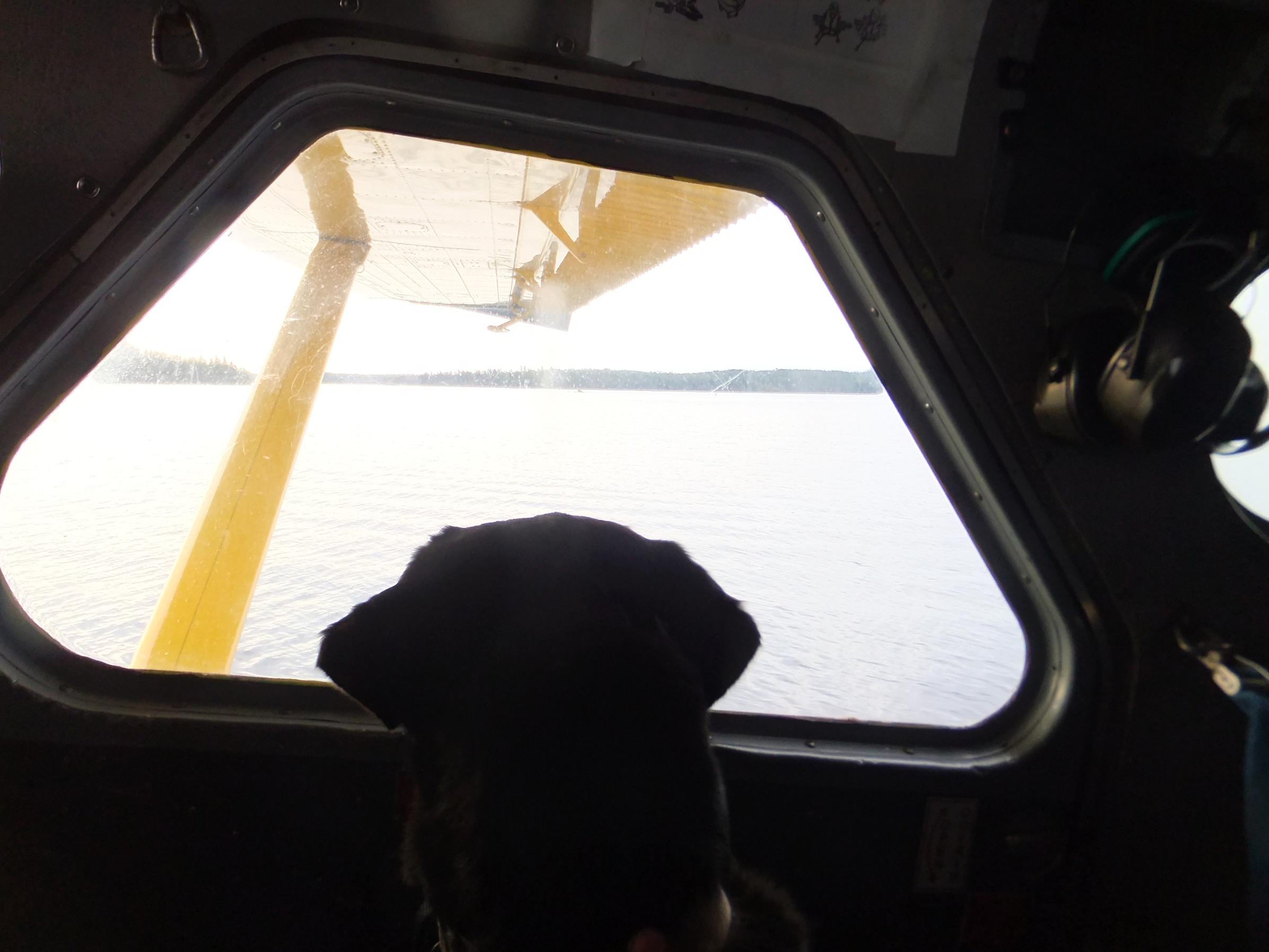 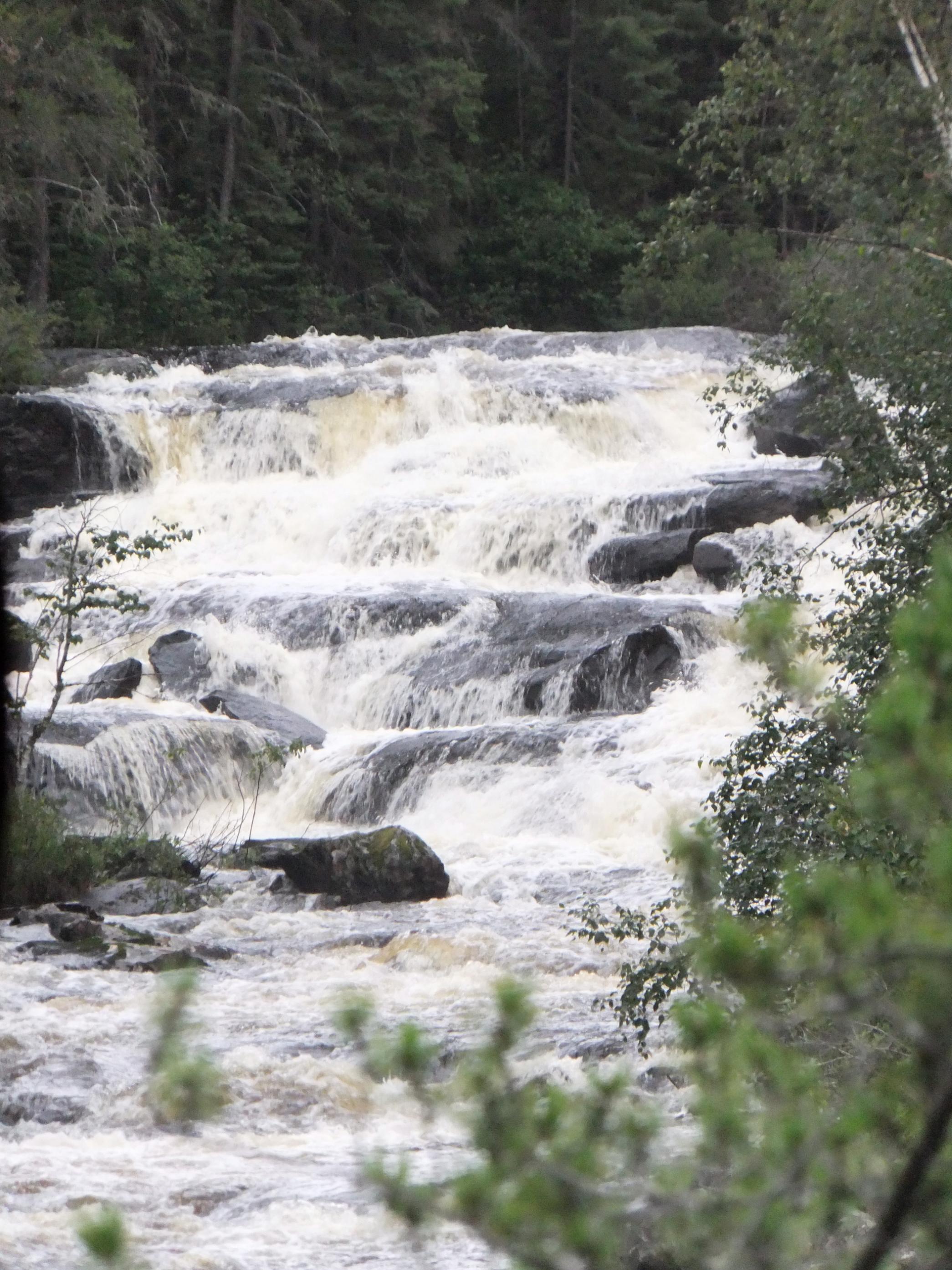 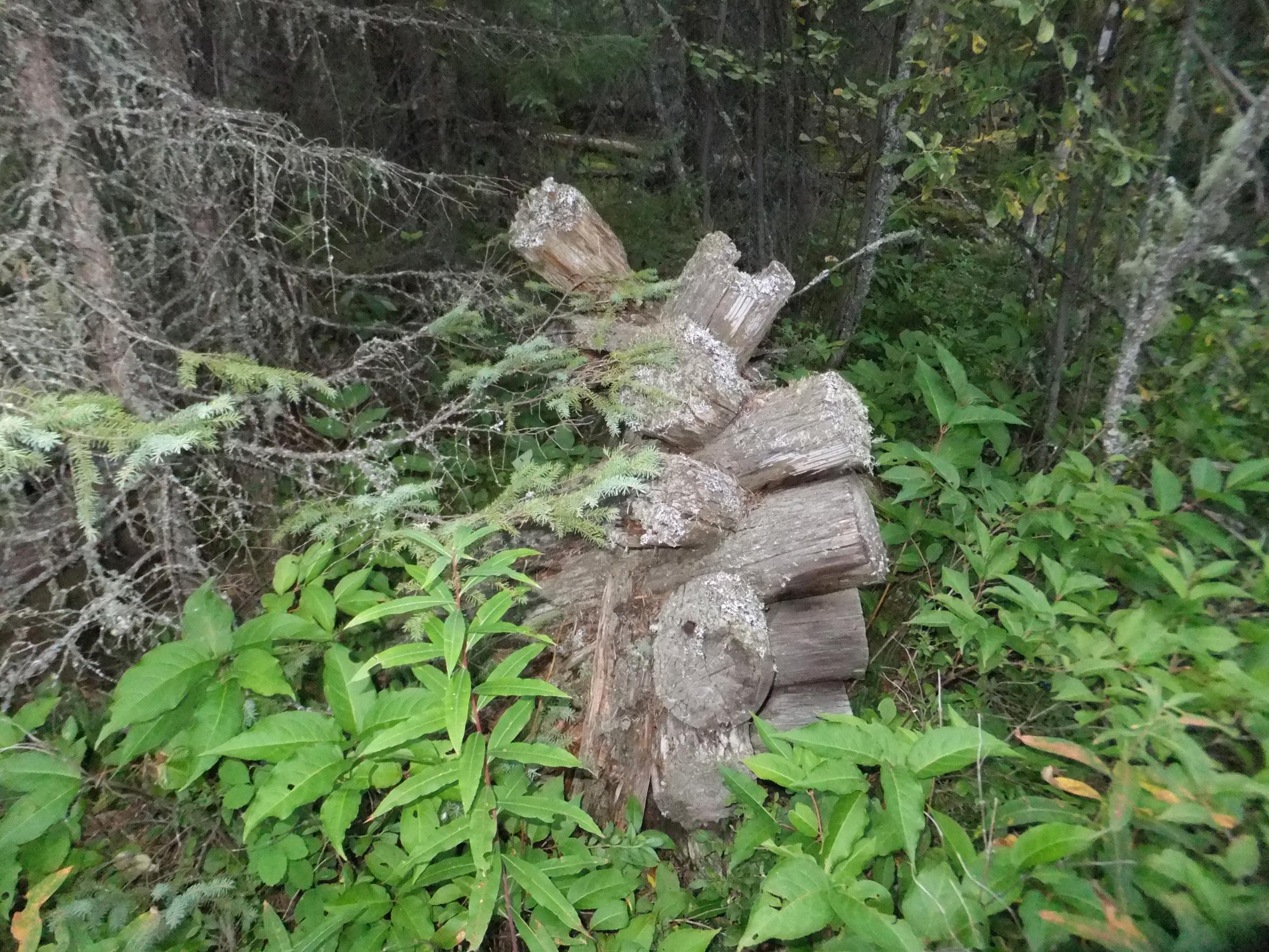