Trip Type: Paddling Canoe
Entry Date: 09/01/2012
Entry Point: Brant Lake (EP 52)
Exit Point: Missing Link Lake (EP 51)
Number of Days: 8
Group Size: 4
Discuss Trip: View Discussion Thread (7 messages)
Day 2 of 8
Sunday, September 02, 2012 Everyone awoke at 6:00. We even made the decision to skip the "world famous French Toast Breakfast" so we could get an earlier departure. Walking out of the cabin, B-Dub saw a black bear cub standing at the corner of our cabin. What a start for our trip. We tried to scare it off while keeping out a watchful eye for momma bear but it just ran under the cabin. Canoes were loaded and across Round Lake we went, it was now 7:00. It only took us 2 tries to find the right portage we needed for our trail towards Brant Lake. The first couple portages went Bat Lake at 10:00 which means it took us 3 hours, not bad we thought for 4 guys somewhat past the prime in their lives. We took Campsite #497 on the SE corner since it was closer to the deeper water and still in the non-burned area. Campsite was given a 3 1/2 only because it lacked great tent pads for our 2 Eureka tents.
Spoons, crankbaits, and jigs produced 0 trout although 2 were on long enough to bring up to the surface. Supper was spaghetti and it tasted great while enjoying the fantasic view from the high kitchen area.
Now for the bad news. Our first camera incident was about to happen. B-Dub took a canoe out to fetch some water when a mermaid flipped everything upside down! He lost his presciption glasses and boonie hat. The camera which was in a pocket took on water which rendered it useless for the remainder of the trip. 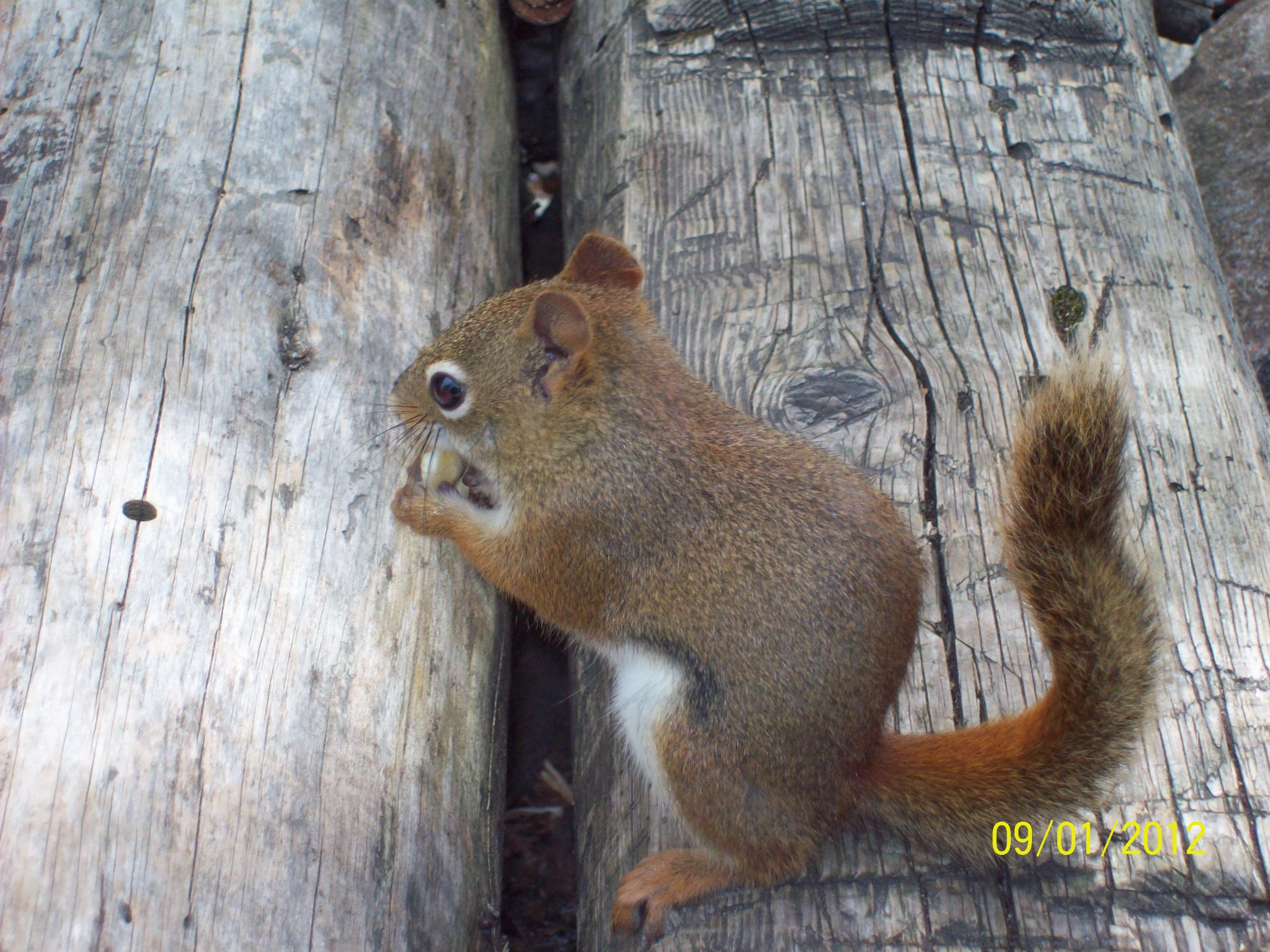 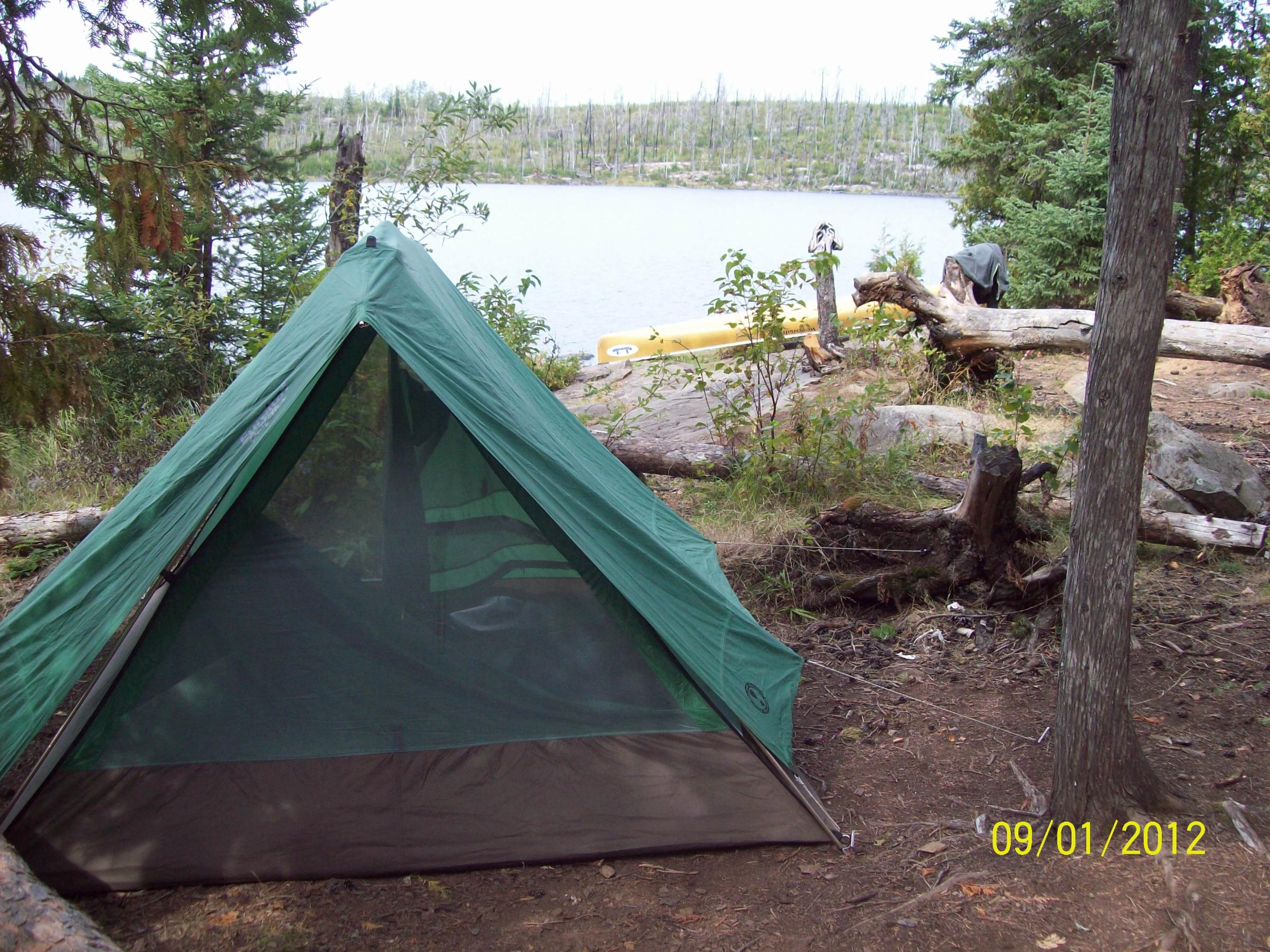 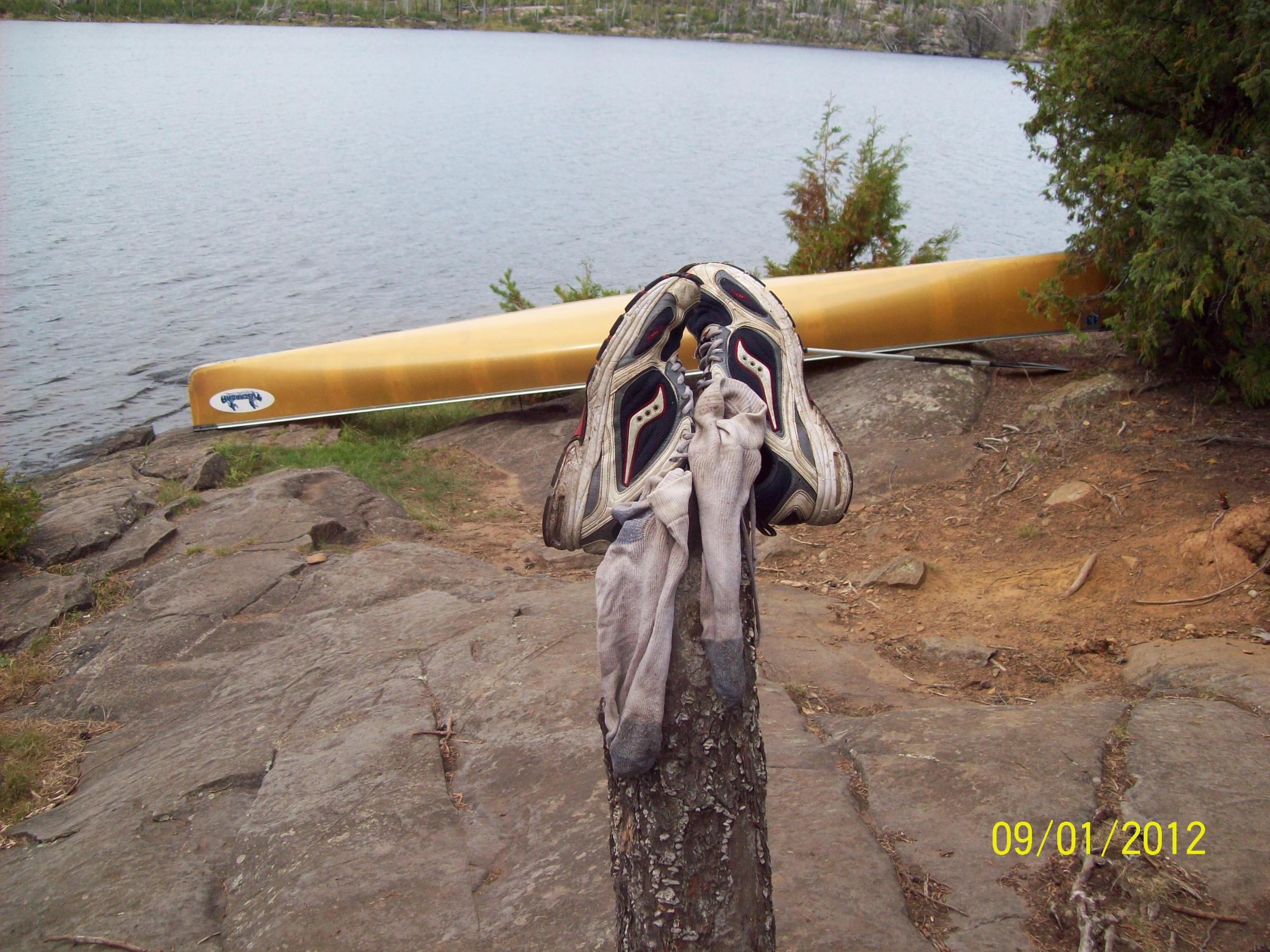 After making sure our liquor would cohabitate with the Grade 10 Bat Water, we enjoyed some evening conversation before crashing for the night. 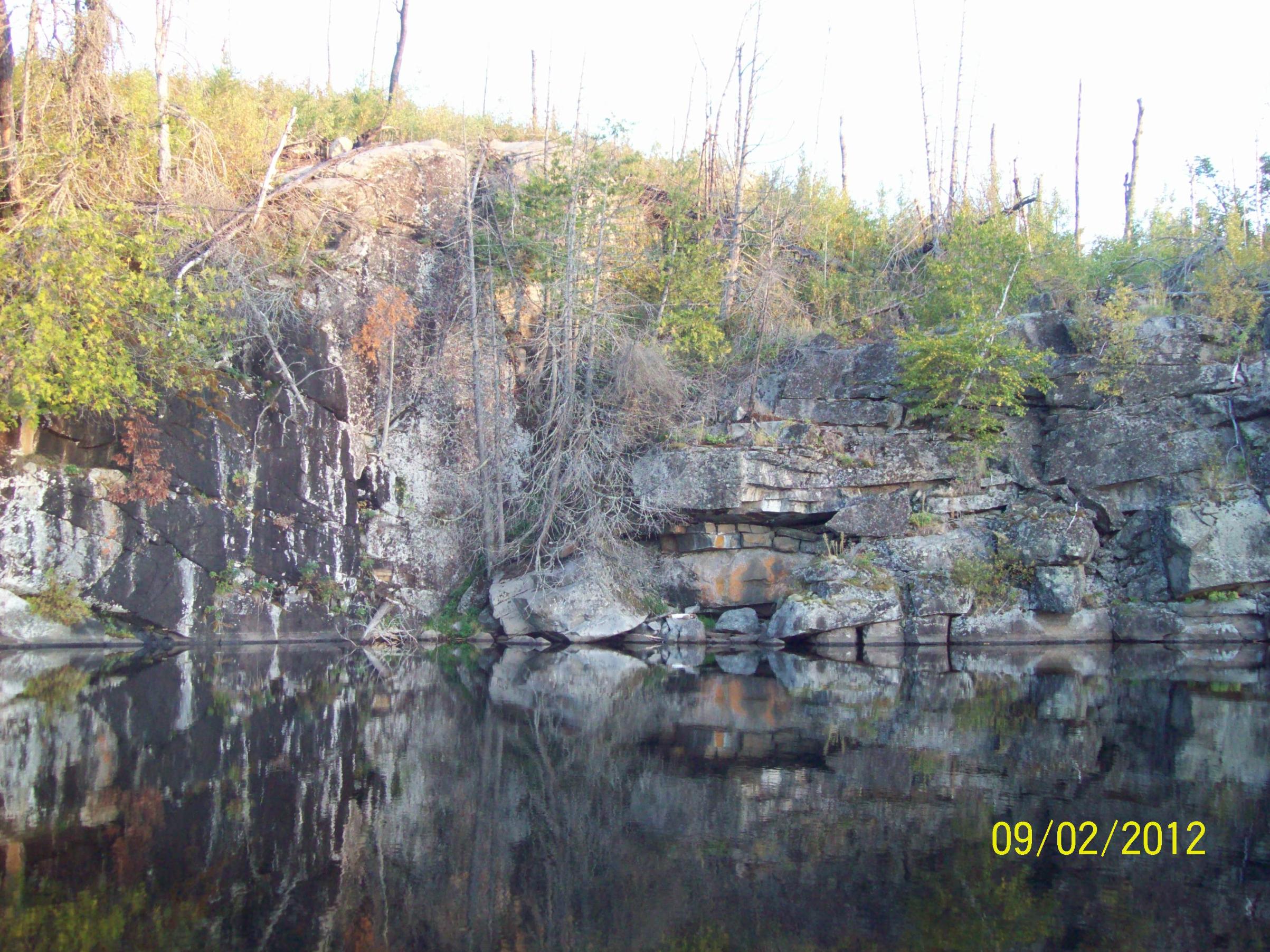