Two guys and a dog to Sprig Lake
by rtallent

Trip Type: Paddling Canoe
Entry Date: 07/19/2012
Entry & Exit Point: Sawbill Lake (EP 38)
Number of Days: 10
Group Size: 2
Discuss Trip: View Discussion Thread (10 messages)
Day 2 of 10
Friday, July 20, 2012 Up around 5 am and out fishing. We troll for trout but have no luck this time. In 2010 we caught and released some big ones, and several of those had scarring (not sure what from). According to Lakefinder info, this lake (trout first introduced in 1977) was last stocked in 2002. I think there are big trout but not so many (as 1993 census also showed) and that reproduction/recruitment is low (perhaps due in part to the limited deep holes and presence of northerns, which we've also caught trolling). We've never kept any trout from this lake, only pictures.
Back at camp, we untie Galli and collect blueberries, serviceberries and raspberries to spice up the oatmeal. Over coffee, we decide to head north in the general direction of Gillis Lake.
On the water again at 9:30am and we paddle and portage north through Mesaba, Hub, Fente, Whipped (where we watch a bull moose along the east shore),Mora, and Tarry, to Crooked. Along the way, we enjoy collecting blueberries and raspberries by the portage paths. The eastern edge of the Cavity Lake Fire (2006) got to the west shore of Crooked, but not to the campsite we choose just north and a bit west from the portage in from Tarry. We pitch camp about 4pm and it is hot with storm clouds building in the west. Tom whips up a mean camp spaghetti. The storm moves over and we catch a modest rain before the sun is back out. Hot and dopey, even after a short swim, and I turn in early with the fly open to catch whatever breeze I can. 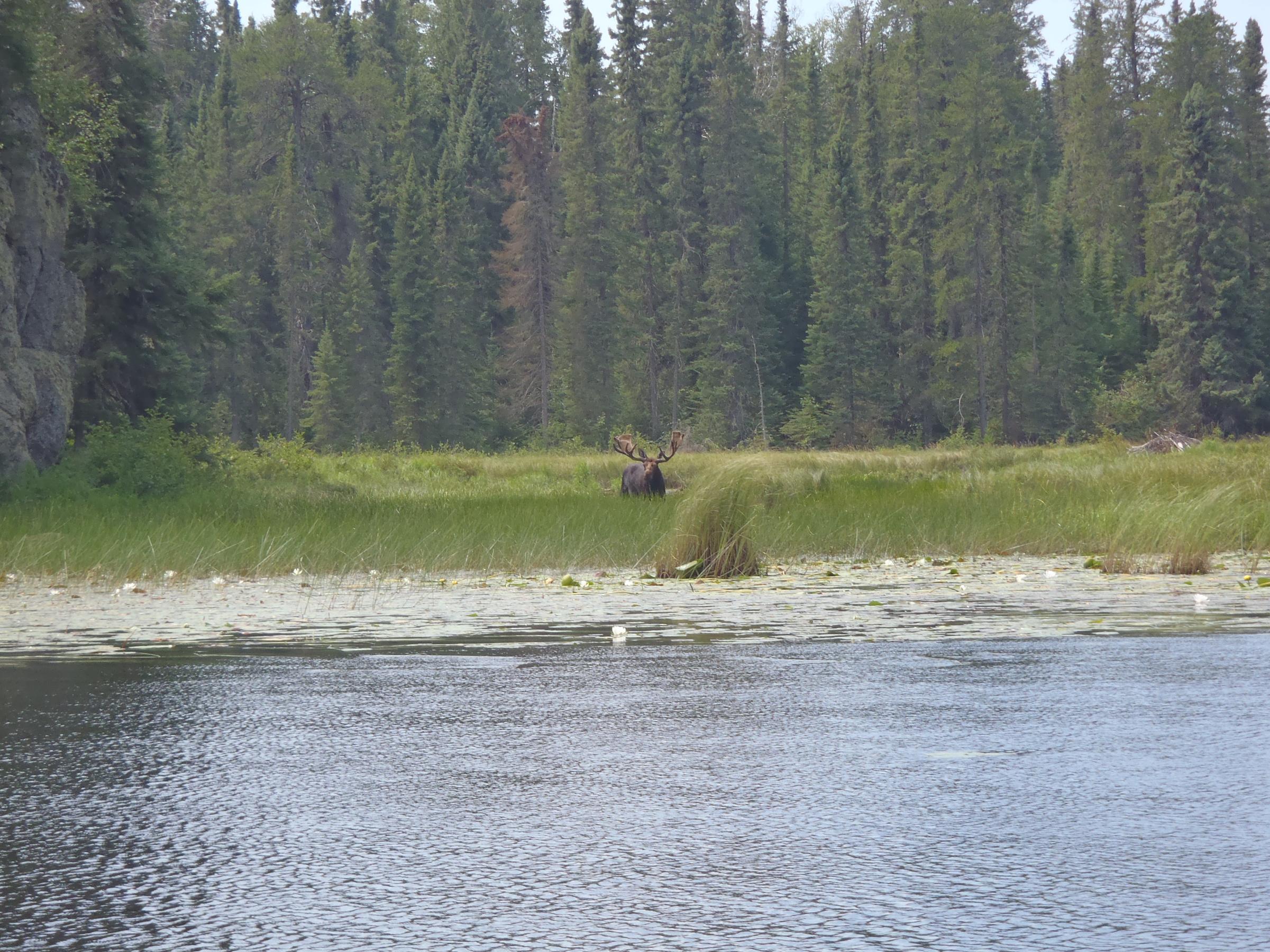 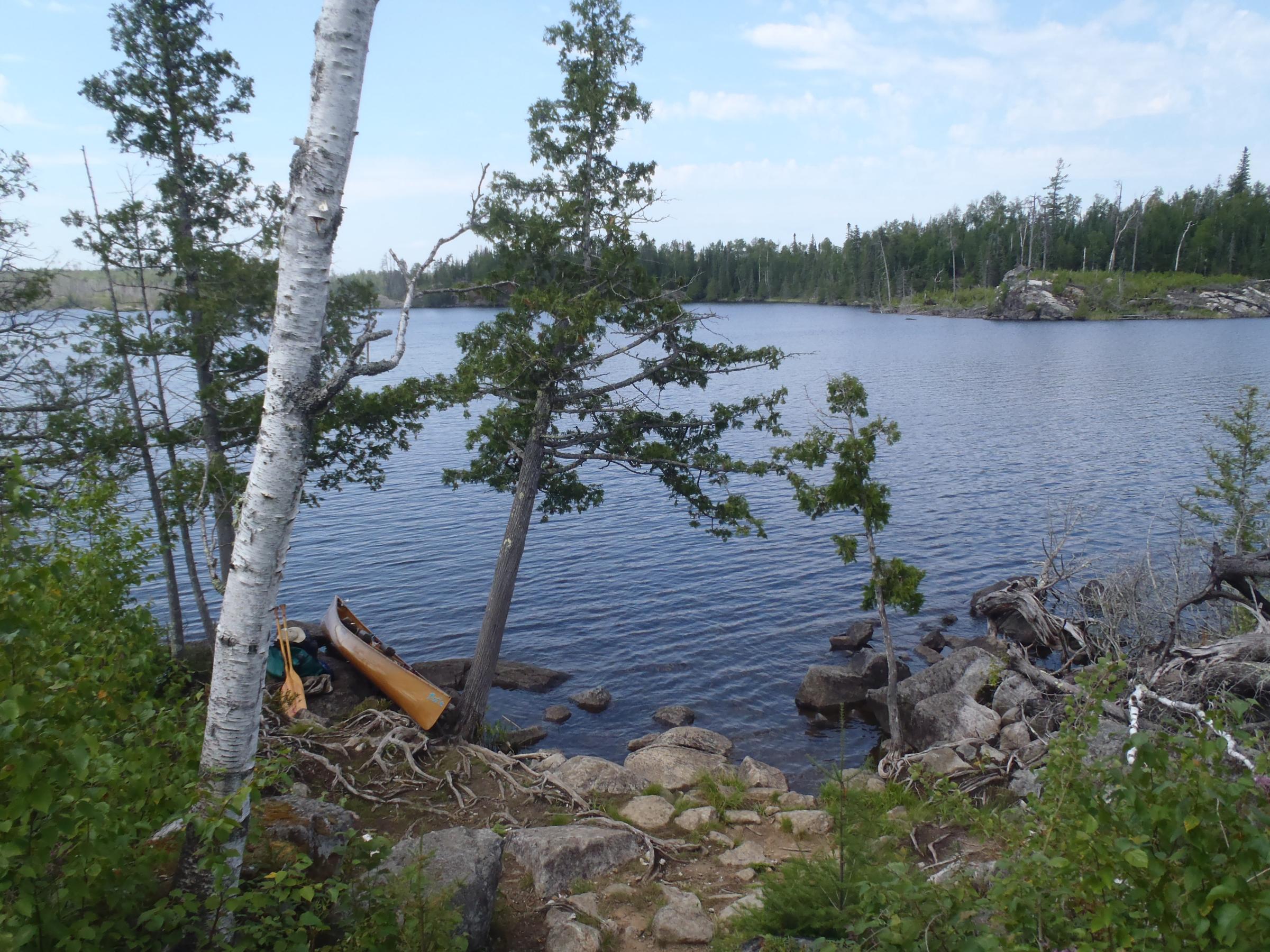