change of plans
by trashbag

Trip Type: Paddling Canoe
Entry Date: 09/23/2012
Entry & Exit Point: Snowbank Lake (EP 27)
Number of Days: 12
Group Size: 2
Trip Introduction:
arrived in Ely about 2pm, checked into canadian border outfitters. after discussing our route plan we were told that due to a fire in the q our planned trip to explore the area above knife wouldn't be possible. we bought maps for an alternate route similar to the one we had taken two years prior on a 15 day trip. we planned on moving daily and seeing as much as we could with an allowance for 2 to 4 days off for weather.
Discuss Trip: View Discussion Thread (8 messages)
Day 1 of 12
Sunday, September 23, 2012

got to our entry point on snowbank early on a chilly sunday morning. the car temperature read 31 and the winds were already blowing. after paddling into the wind across snowbank we arrived at the portage into disappointment. packs felt good but the canoe was a little awkward. found a sunny site on disappointment to have a snack and warm up. we decided to camp on ahsub and call it an early day. the first site on the left up on the cliff was occupied so we took the one behind the island on the north shore. a nice site with a good tent pad and overlook of the lake. we set up and talked about our route and options. our plan for this trip was to explore the areas above south arm of knife which had to be adjusted. after setting up camp we paddled back to the portage to hike up disappointment mountain on the kekekabic trail. found both backpacking sites, one in a cove on disappointment off the short spur you come to on the right. the second one off the next spur to the left was really secluded with overlook of ahsub and our campsite. after a short hike we got a nice view of disappointment before heading back to camp. got back to camp, made dinner, had small fire and headed to the tent early. 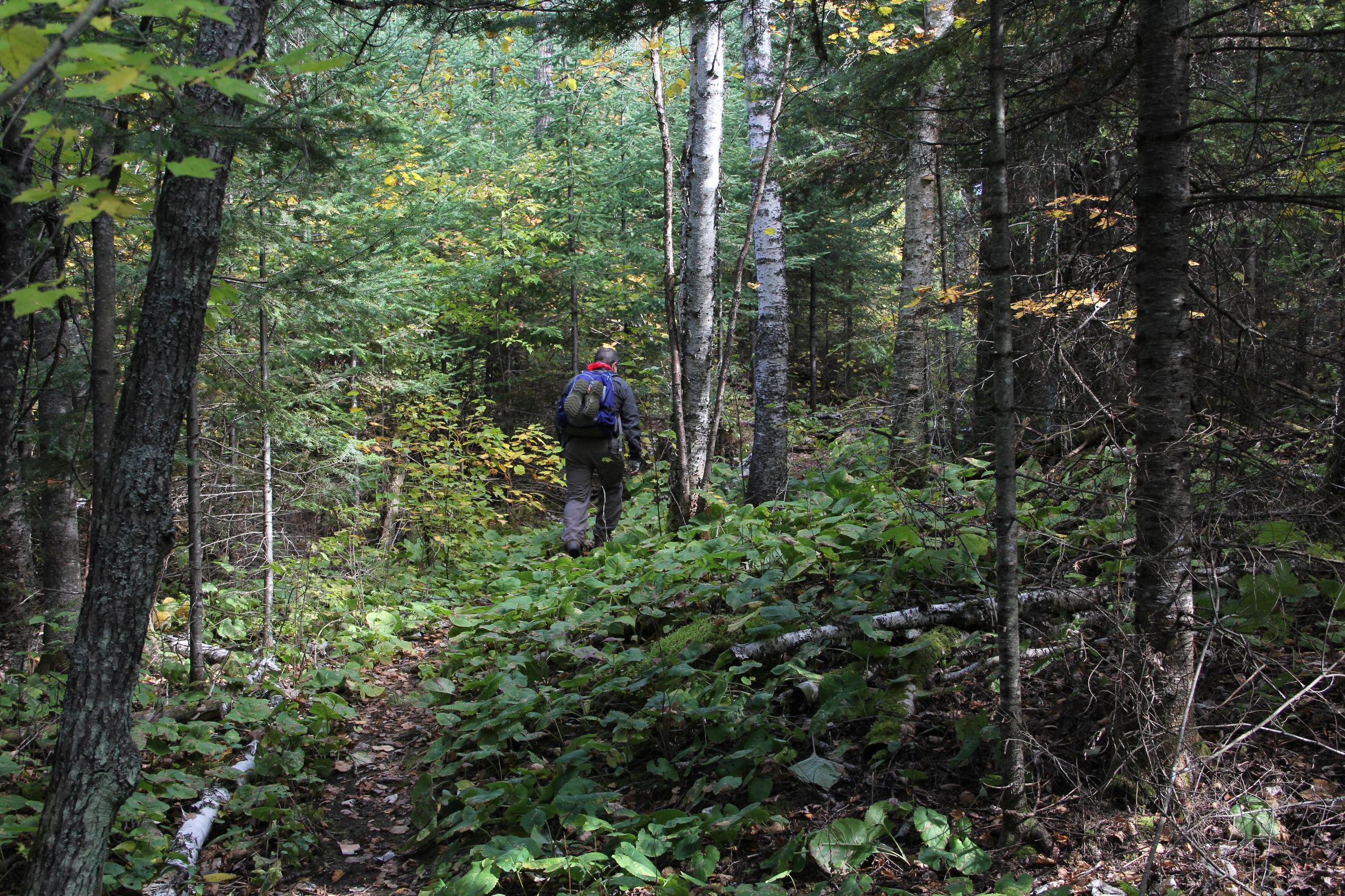 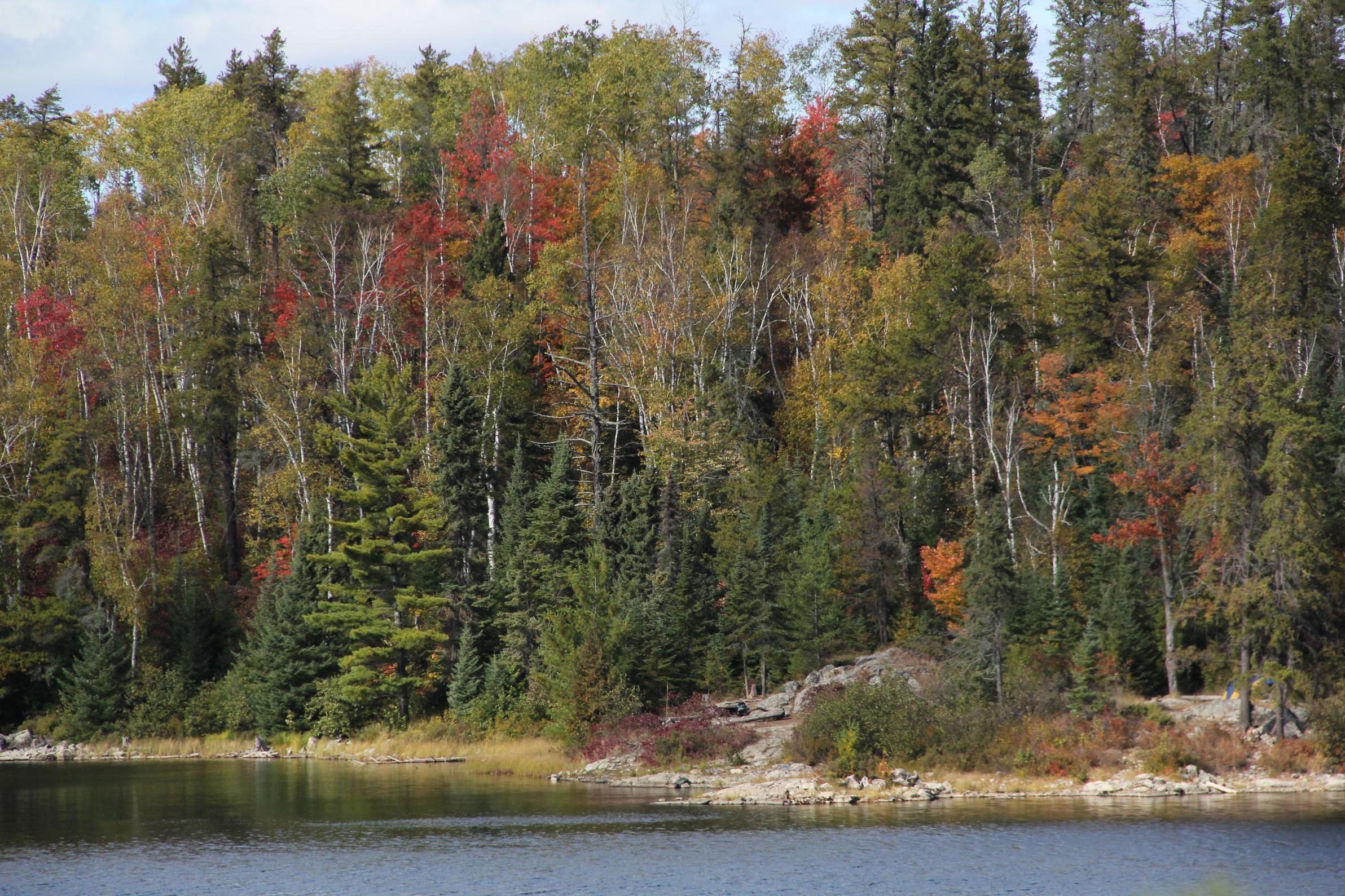 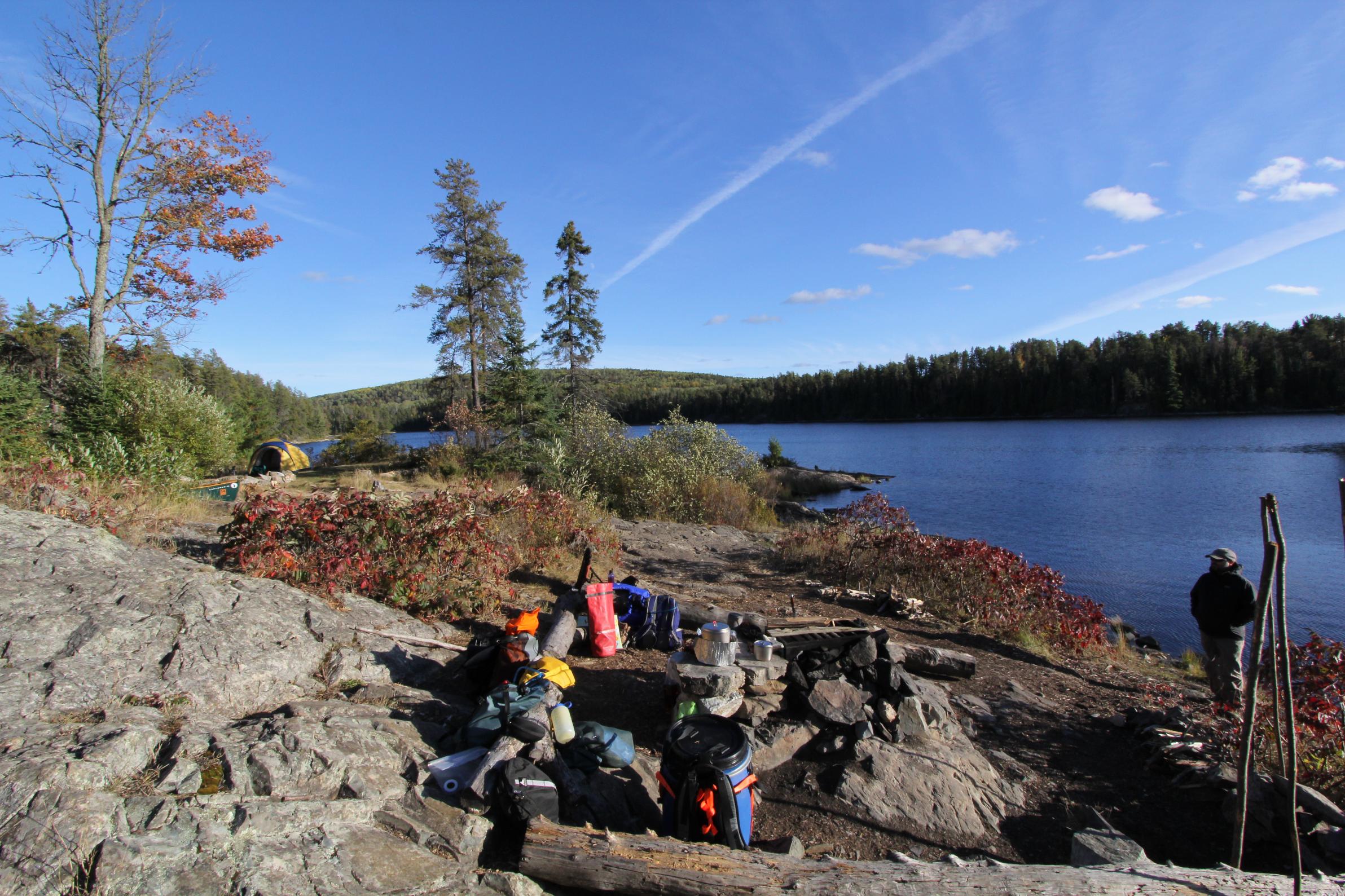