Trip Type: Paddling Canoe
Entry Date: 07/24/2009
Entry & Exit Point: Baker Lake (EP 39)
Number of Days: 5
Group Size: 2
Trip Introduction:
This trip is a trip that I will never forget. My first trip to the Boundary Waters. My Friends 2nd. We wanted to conquer the Jack Frost Loop. Boy were we in for it. It turned out to be a lot more than we expected...
Discuss Trip: View Discussion Thread (5 messages)
Day 1 of 5
Friday, July 24, 2009

After getting everything ready in the morning and making the drive to Entry point 39 (Baker Lake) from the cities. Which seemed like forever I was so excited. We were finally there! The wait was over. After checking the truck for anything we may have forgotten it was time to head out on the adventure we seeked. So we make our way across Baker, Peterson, and Kelly Lakes. Taking our time. Taking in all the beauty. Portages were not bad at all. At this point the mosquito's were starting to get really bad. Once into Jack Lake we had gone the wrong way and ended up in mosquito hell! It was at this point that we had realized that we had forgot the mosquito spray in the truck! Nothing like them blood suckers getting a hold of you every second that they get. After smacking, itching, scratching and pretty much going insane! We made it to Weird Lake. Our goal for the day so we would be rested for the 240 rod portage into South Temperance Lake in the morning. Little while after we arrived at our campsite we spotted a moose across the lake. We paddled over and took a picture which didn't turn good at all. We were very disappointed. But it made up for the mosquitoes being so bad and not having any bug spray. After that the morning came quick as we pretty much made some food and went to sleep. Mosquito's were unbearable!!! 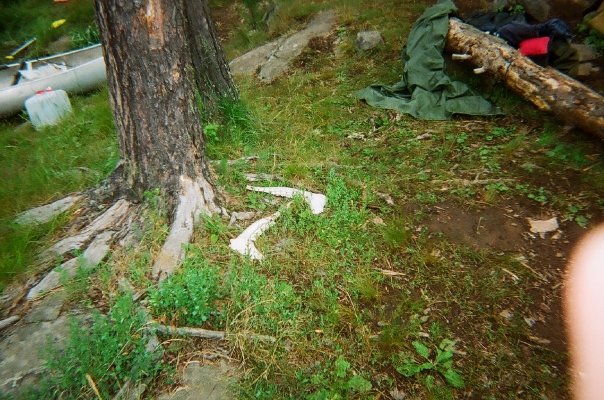 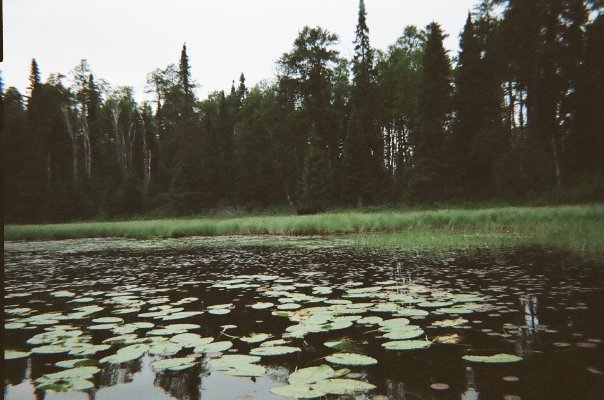 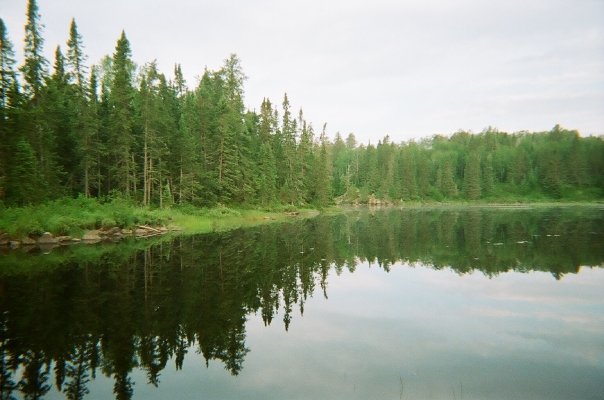 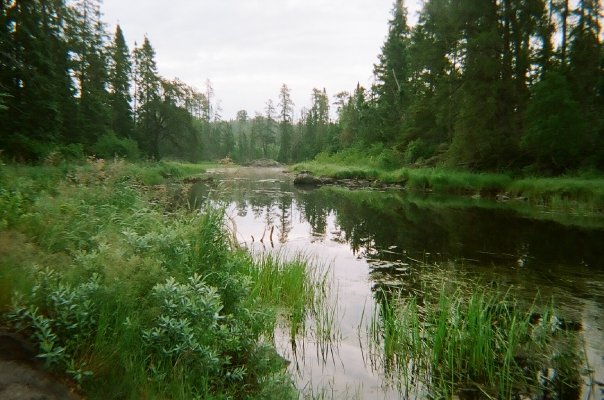 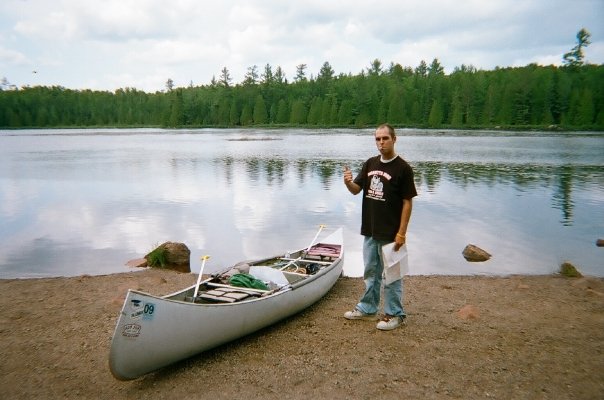 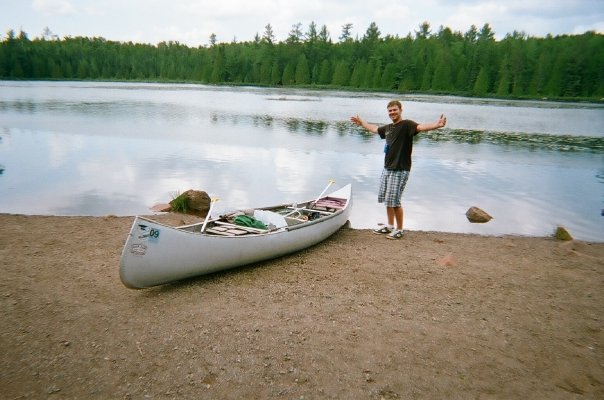