Trip Type: Paddling Canoe
Entry Date: 06/13/2013
Entry & Exit Point: Snowbank Lake (EP 27)
Number of Days: 6
Group Size: 8
Discuss Trip: View Discussion Thread (-1 messages)
Report
At 6:00 am on Wednesday June 12, 2013, all 8 people in our group, 3 fathers and 4 children (ages 10-17) along with another adult, departed home in two vehicles with a canoe in tow, and headed for Interstate 39 in Illinois to begin our adventure north to Minnesota. After several bathroom breaks and lunch at the Norske Nook in Rice Lake, WI we arrived at Voyageur North Outfitters in Ely at about 4 PM. We had previously purchased two used canoes, rented a canoe and had arranged a entry and exit night stay with John and Lynn at VNO. After checking out our accommodations for the night, we traveled downtown to Ely and had a fantastic meal at the Boathouse Restaurant (I strongly recommend the sweet potato fries!). After dinner we returned to VNO and hunkered in for the evening.

Morning came early with very little sleep, due to the group in the rooms above us arriving full of fervor sometime after midnite. Nevertheless, we arose around 6 am, picked up our leeches at VNO and arrived at Snowbank Lake prior to 7:30 am. Shortly after 8 am we were off. It was cool and clear with the temp about 46 degrees, wind around 7 mph out of the Northeast. It warmed nicely as the muscles got working and as we conquered the rotten portage from Snowbank into Disappointment Lake. All downhill from there. Three of the boys had previously been to the BWCA and had slightly better ideas as to the challenges ahead. As well, we made sure to lay it on thick when it came to how bad the first portage would be comparably to the others.

All was well, we traveled into Ashigan, then Jitterbug, Adventure, and Cattyman....then the interesting part began. We arrived on a group of young ladies. All younger, finding out they were inner city kids from Milwaukee on a trip with their leaders. Guessing probably 9 in the group. Come to find out they were waiting at the portage at Cattyman from Jordan because a young lady in their group twisted an ankle. During our portage to Jordan we found the young lady sitting along side the portage in the company of two of the leaders. The young lady had her ankle wrapped and rejected any help when they asked her to get up and try to move. We asked if they needed help and one of the leaders inquired as to what their options could be in this type of situation. Realizing that the injured one was having no part of any help, or as it appeared shared no desire to tough it out, the supervisor explained that they had a satellite phone and were considering calling for help. They were camped on Jordan and had 3 days before they were to leave.

All in all we did our good deed and assisted with the portaging of all the girls equipment back to the portage into Jordan Lake.

Here was the kicker, unfortunately while talking to one of the leaders and standing over what I thought was their canoe, I proceeded to pick up the canoe and took it all the way to Jordan Lake. As I removed the canoe from my shoulders and placed it into the water I heard a disgruntled young 30 year old person I cant call a gentleman, who passed on the portage (also one who had shared no interest in helping those in need) bark some sarcastic, confrontational statement regarding how he would now like me to take his canoe back to the Cattyman Lake portage. Ok, so, I feel his pain, me now having portaged twice, once with my canoe and now evidently with his, however, his attitude kept getting worse and remarks more sarcastic. By now several other patrons had arrived at the portage from different directions and were present for what he appeared to be now calling his show. More or less insinuating I was "stealing his canoe" I explained in the presence of my 10 year old son, and probably the additional 10 people from different groups that were now standing around, we were simply trying to help and it was a misunderstanding. He could really care less and I became more irritated at his insensitivity. He demanded that I carry his canoe back to Cattyman Lake. I couldn't believe what I was hearing and accept my own given medal for not losing my cool. I explained that if he was that cold and couldn't comprehend what kind gesture we were exhibiting I would be more than pleased to take his canoe back as he walked behind me empty handed, yet again past the injured young lady on the side of the portage. He mumbled under his breath when I shot up out of the water carrying his canoe to the top of the portage eventually saying he understood and then took his canoe on his way. Unbelievable. As to the girls, not sure what happened, (although I saw a very low flying float plane the next morning heading toward Jordan Lake) We too had priorities with several youngsters in need of a campsite.

Anyway, we located a well used but wonderful island site on Ima, set up camp and called it an early night shortly after dark.

The next day the weather was very favorable and the wind was low. Having recognized the stream at the Jordan to Ima Portage we went back the next day to see if we could land a couple eaters.

Almost immediately we had hooked into several walleye and dinner was set. Not before my 10 year old landed what I would say to be a good 6 pound walleye. To my, well, his dismay, after taking it from the hook it performed some incredible acrobatics while in my hands and landed a perfect 10 back into the water. It was an accident, tell that to my 10 year old. Back to camp for a fish fry.

The next day came and of course the rest of the group wanted to go back to the portage of Jordan/Ima for some more walleye. As luck would have it, one is all that we got. So, not enough for dinner, back into the water he went. On the way out my son came across a tiny box turtle on the Ima side of the portage...picture attached! Back to camp.

Day 4, super heavy winds and we were stuck to the island for the day. We spent most of the day on the island foraging for the perfect sticks to make a couple wilderness chairs to relax around the campfire. Good food, good friends. Ah yes, the kids took off to explore the island and after about 2 hours, we went to see what they were up to. If I can download the video of us scaring the bejesus out of them I will do so. Marshmallows around the fire and a storm is moving in. It poured all night and into the morning finally clearing for some fantastic weather.

Day 5 involved some exploring on Ima, around Reflection and Snatch Lakes. Boated a nice 32" Northern and a great 26" Walleye which were both released. Not to forget the bluegill I boated that attacked a tube jig and leech larger than himself. Back to camp around 5 PM and dinner was started. While on the island I casted a line from shore and ended up with a 29" Lake trout. Unfortunately for him, everyone seemed to be hungry for lake trout. Along with some Jambalaya rice we gorged ourselves for our last evening on the island.

Morning came, gear was packed and we set out for our return trip. The wind was super calm, almost glass on the water. We returned to Jordan, Cattyman, Adventure and to Jitterbug. Jitterbug entrance and exit portages were ridiculous. The water was super low and a couple of us ended up in mud to our waist during the gear grab. However, we made it. On to Ashigan and into Disappointment. While paddling through Disappointment those of us that were present for last years (the first trip to BWCA) remarked how simple we were to settle for Disappointment as our place to call home for 5 days.

We pushed on into Snowbank and arrived at the boat ramp to load our gear. To our surprise we run into two fishing boats and residents from Illinois that are 30 miles from our home. Its a small world.

Canoes are loaded and back to VNO. We arrive and check in about 4 PM and are offered a free pop while they gather our rental canoe and place it back on the rack. We shower and settle in to the "alley house" behind VNO (new accommodations to us) to our surprise. The place is ginormous but we had the place to ourselves. Showers and clean clothes and back to, you guessed it, the Boathouse. Why risk a good thing right? Burgers and sweet potato fries!

In the morning we checked out at 6 am and hit the road for our return trip to Illinois. All in all the BWCA was exactly what we believed it would be. Although, the bugs were no where to be found. I believe we all agreed we saw more mosquitoes on the last portage between Disappointment and Snowbank than we did anywhere else all week.

We arrived back home at 4 PM, and I am currently doing laundry and typing this report between loads. Hopefully get things put back together and start planning next years trip! 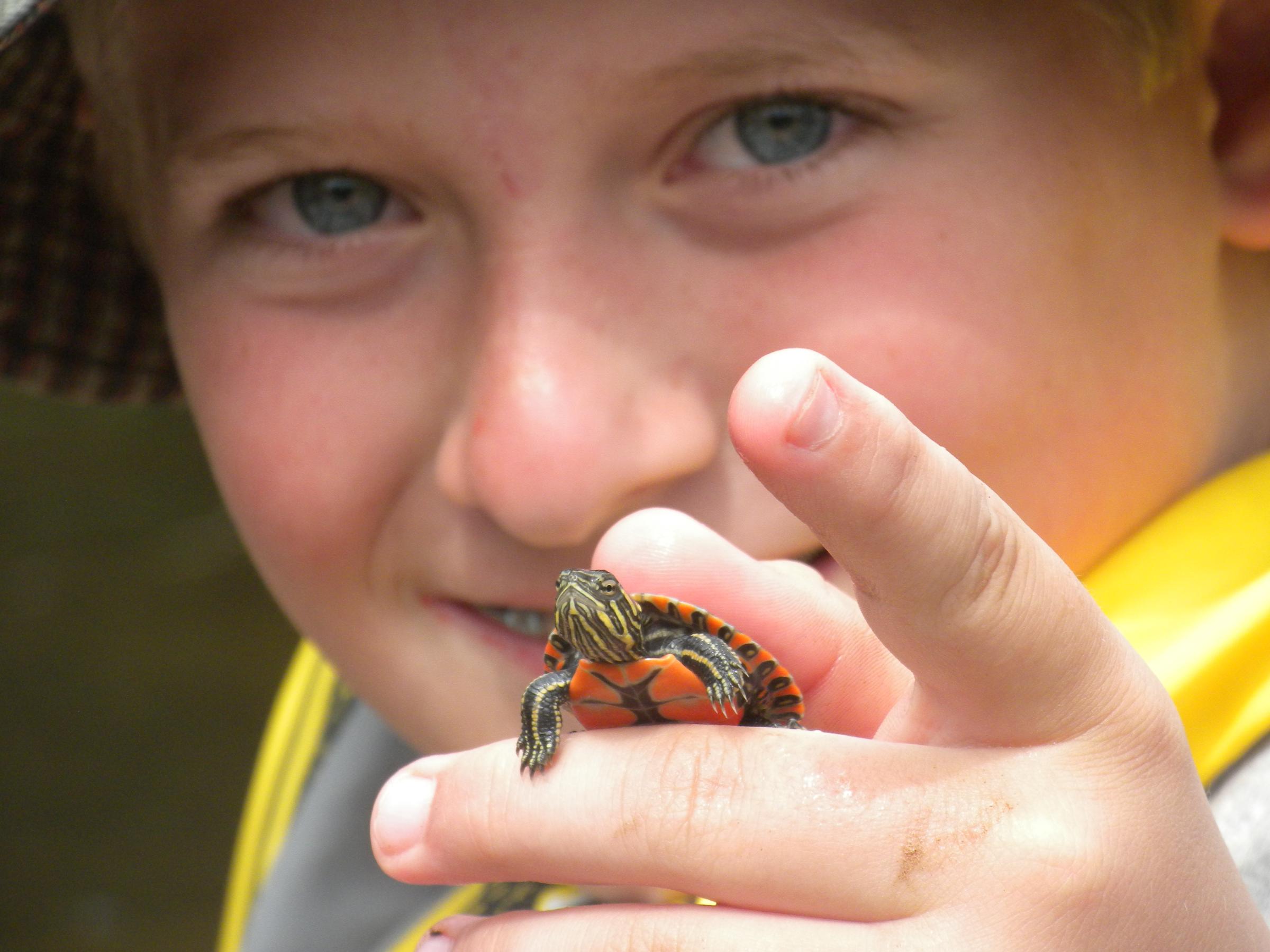 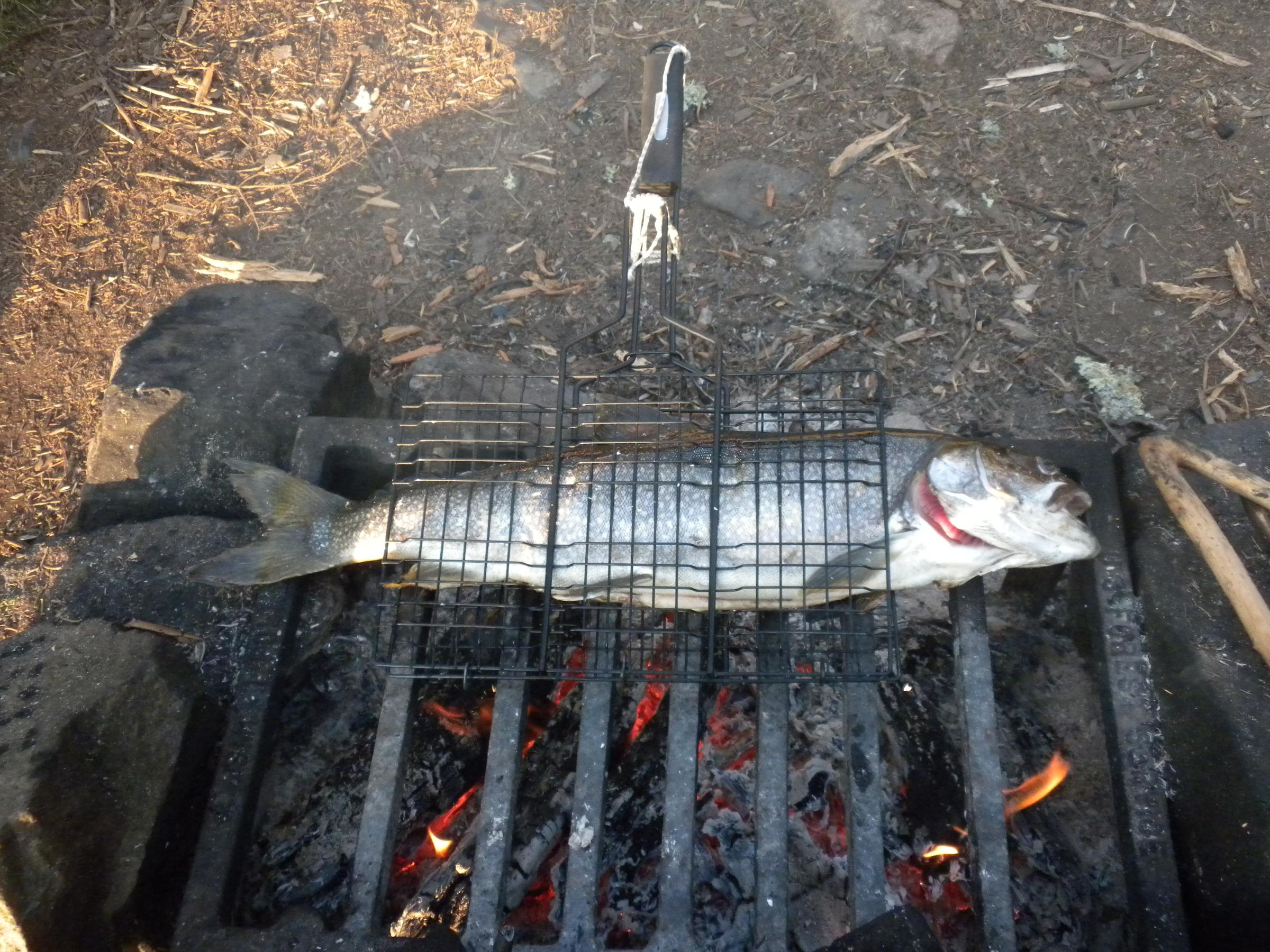 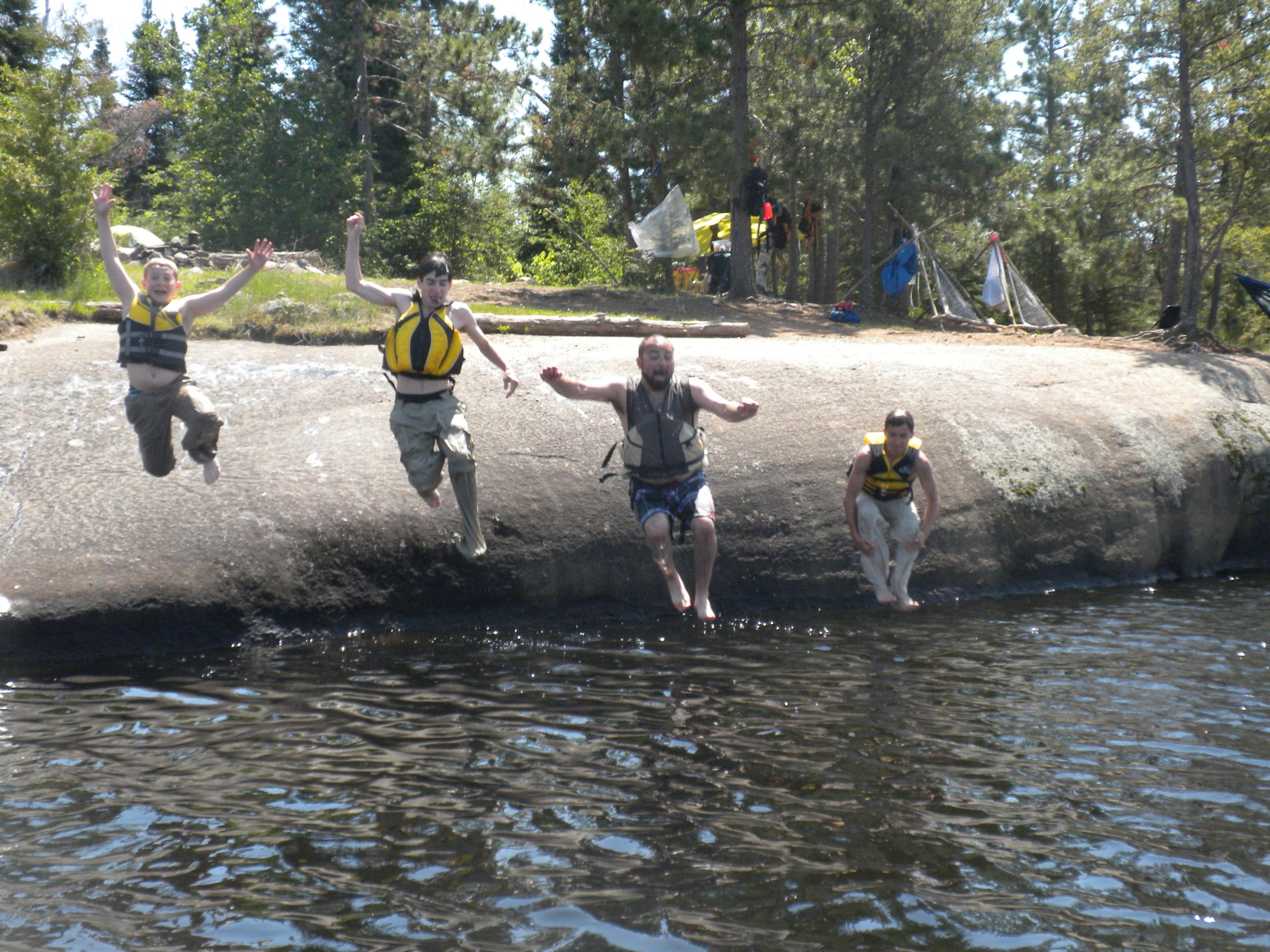 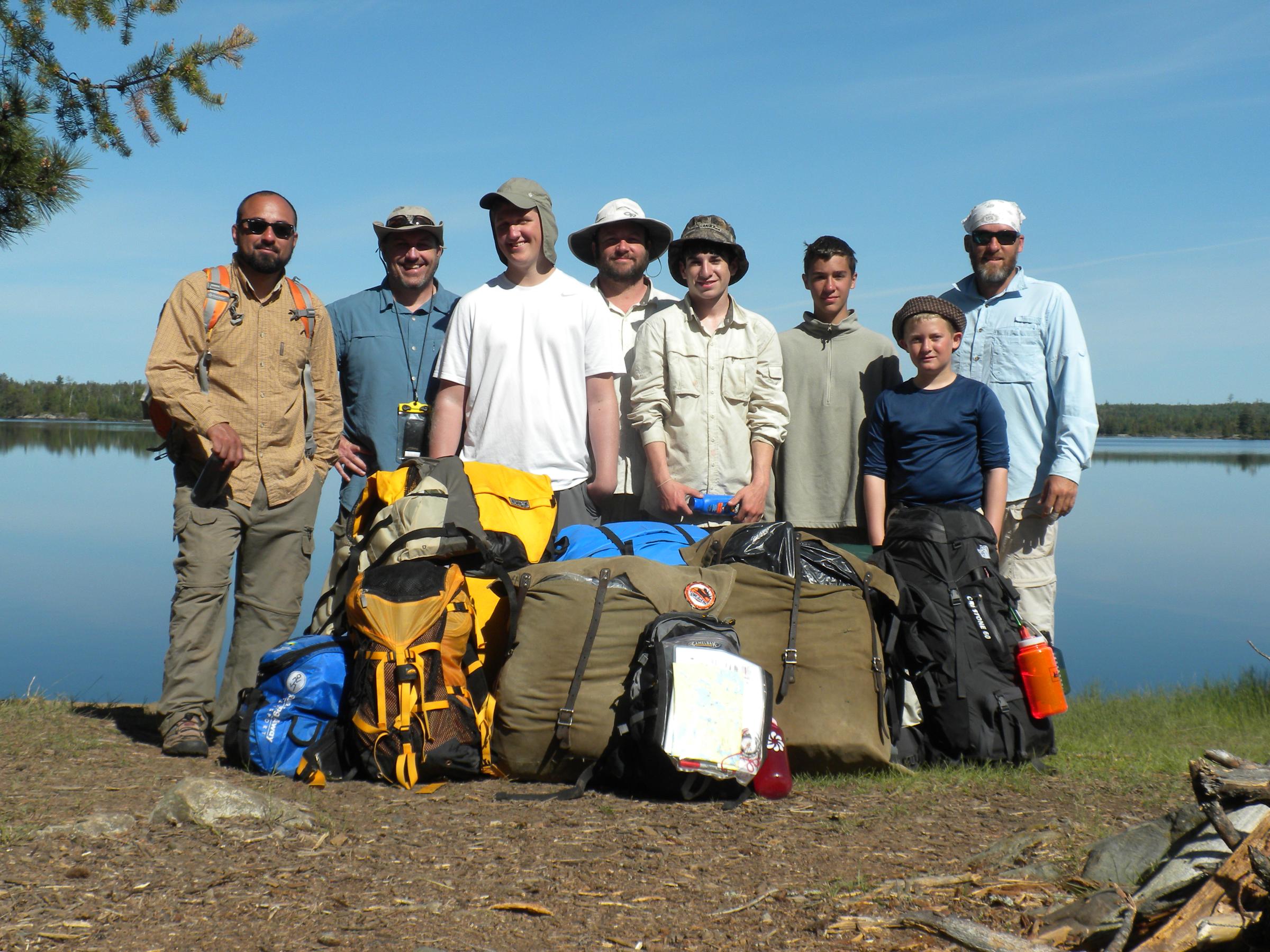 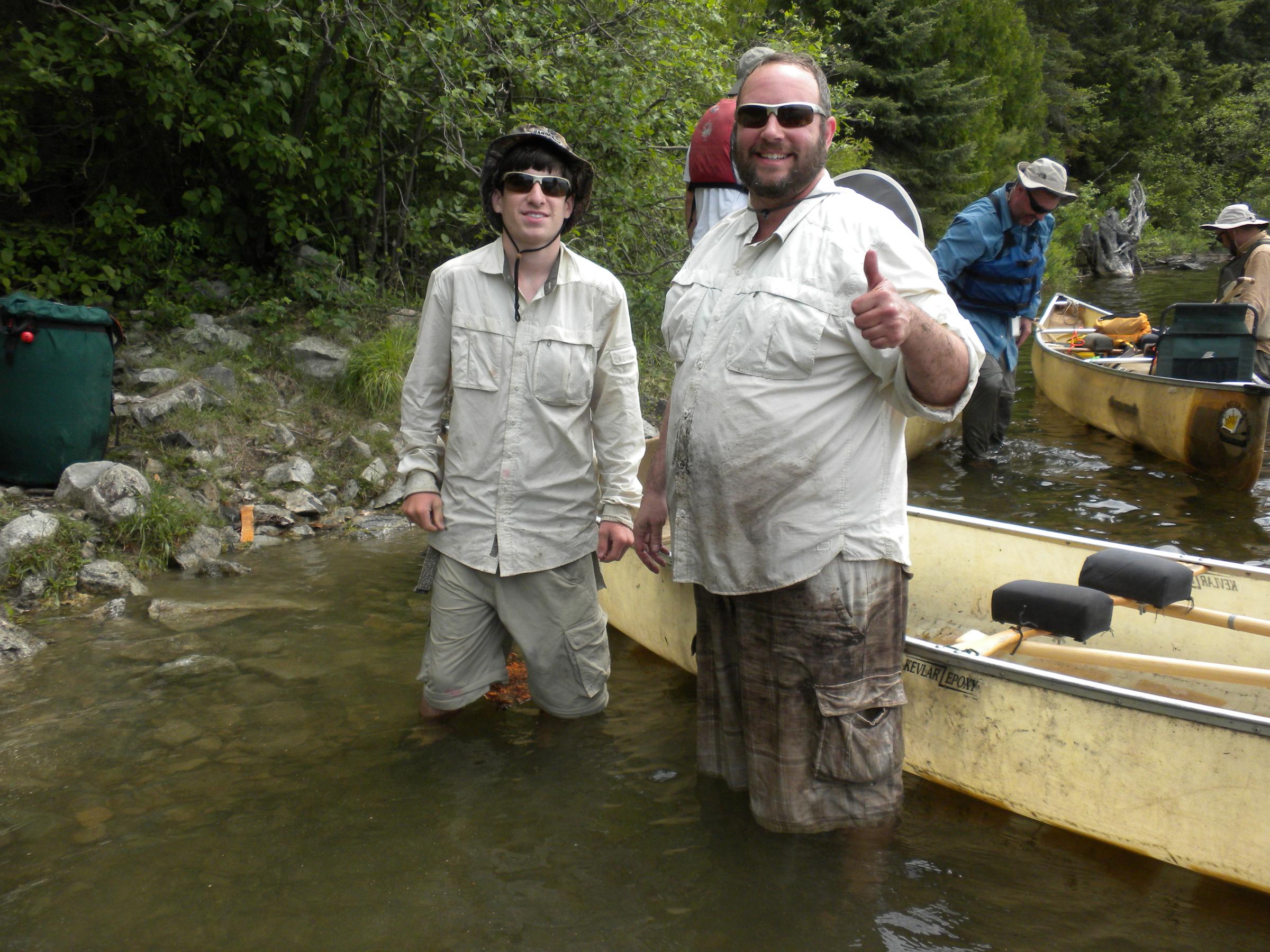 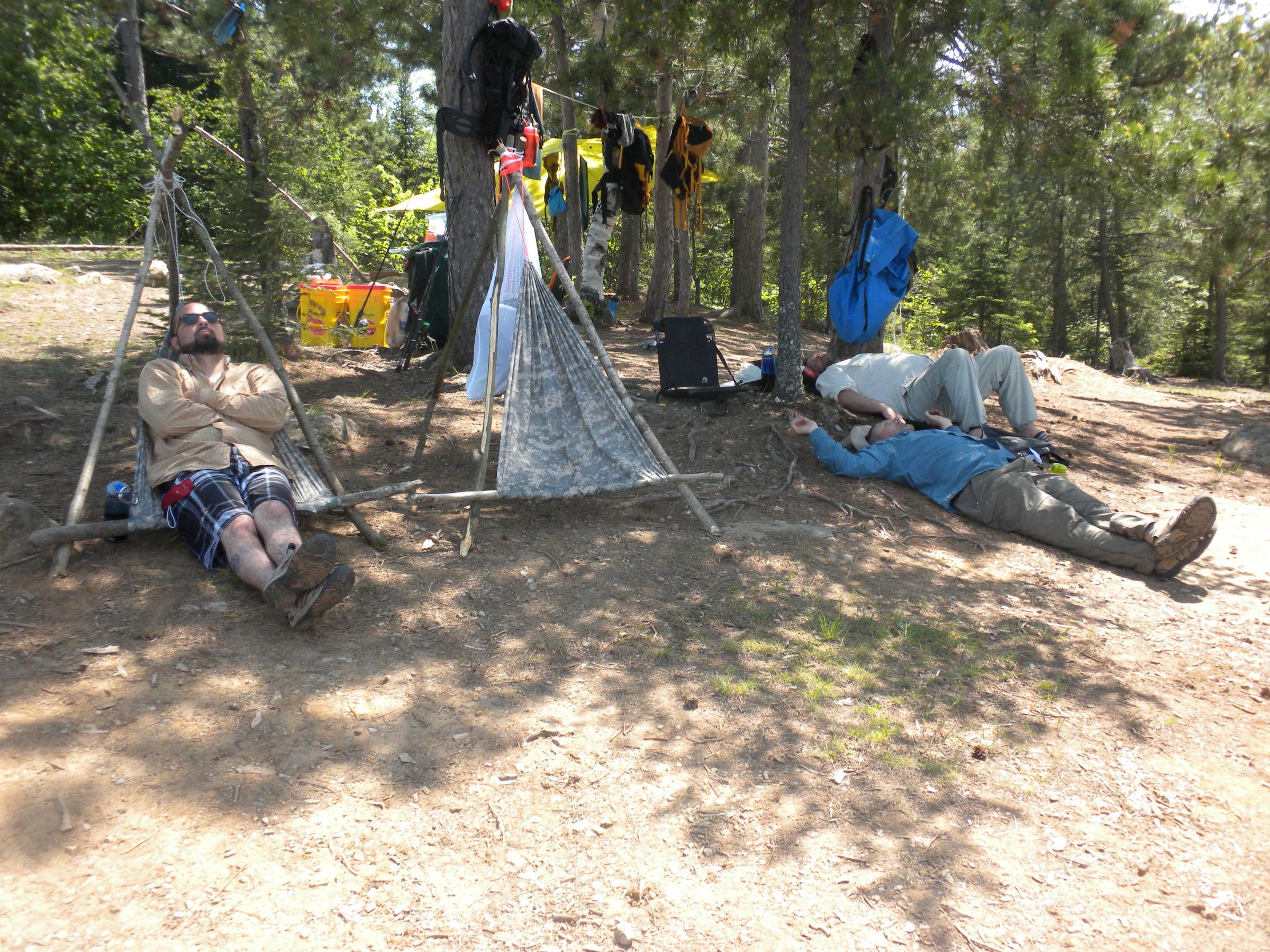 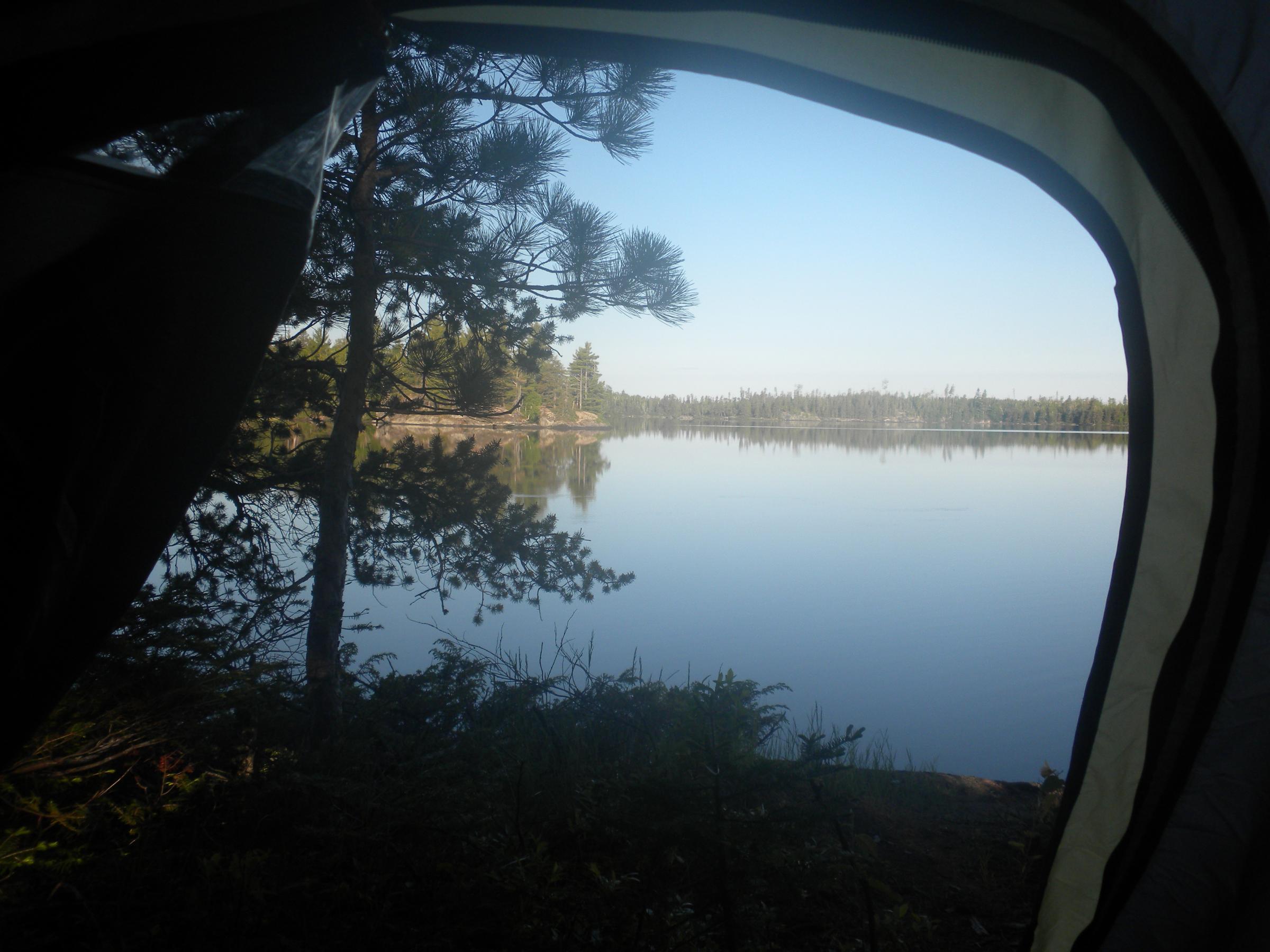