Trip Type: Paddling Canoe
Entry Date: 07/07/2013
Entry Point: Other
Exit Point: Other
Number of Days: 3
Group Size: 1
Trip Introduction:
Just got back from a very satisfying 3 day/2night solo paddle in Superior NF but outside the BW.
Discuss Trip: View Discussion Thread (11 messages)
Report
After doing a couple of short day trips off the Echo Trail to places that were not in the BW, and reading here and there about paddling outside the BW, I thought it would be a nice change to try a couple of nights in.

I put in at Fenske Lake, headed north into Little Sletten, Sletten, East into Grassy, Grassy Creek, South into Range River to Low Lake, Bass Lake and out.

Here is a short detail of a surprisingly pretty and secluded trip:

After doing a house concert in Ely, I was ready for a little solo paddling. Luft and Carrie C were in town and offered to shuttle me so I could leave my van at the take out. Here we all are at the put-in at Fenske: 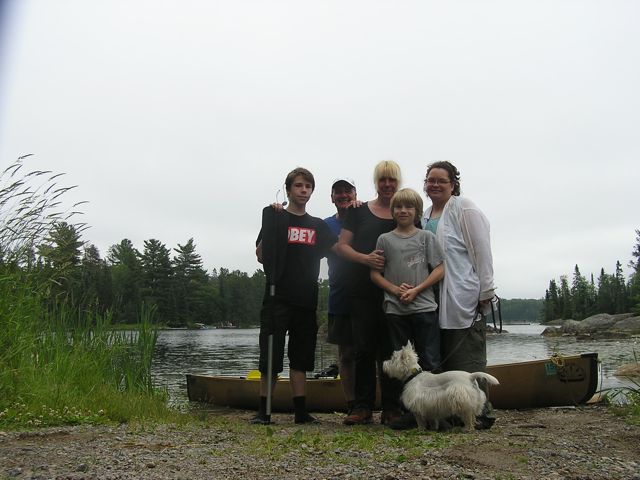 The waters were calm, weather was great and once I passed the Fenske Cabins, I had most of 2 days completely by myself even though I was just off the Echo Trail and not in the BW.

The portage trails here are marked. This is the one leaving Fenske for Little Sletten: 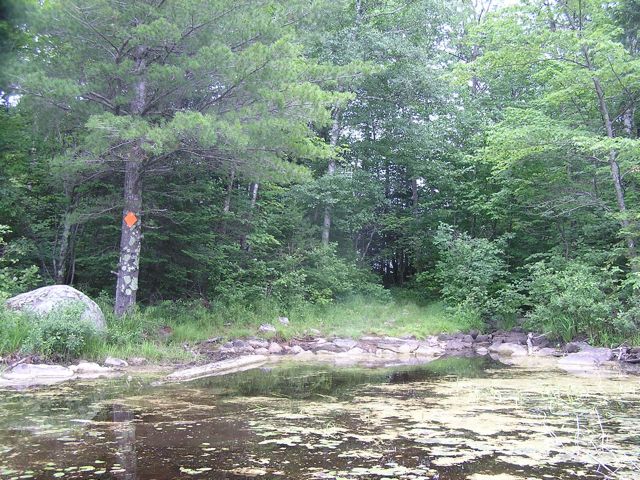 After getting into Sletten with relatively easy portaging, I went over to check out it's lone campsite on the west side. I had been there once before 2 years ago, but never really checked it out. It's a really nice site that shows very little use and is in a very scenic cove. 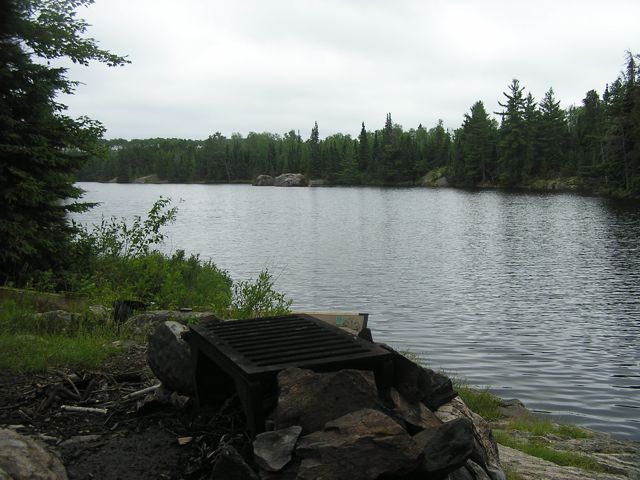 All the sites have grates and latrines. I portaged on into Tee and set up camp on a great site (4 1/2 *) there on the north end. Secluded and beautiful: 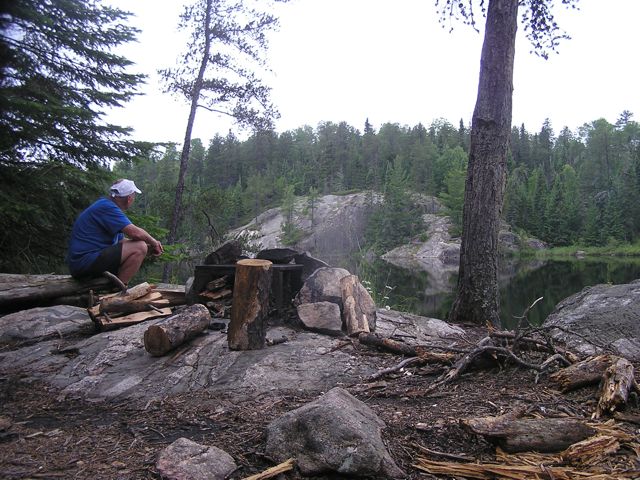 After setting everything up, I went exploring toward the end of the lake. At first I thought I heard that familiar whispering of the breeze in the trees, but there was no breeze. Upon further investigation, I found this really pretty little cascade coming out of the lake: 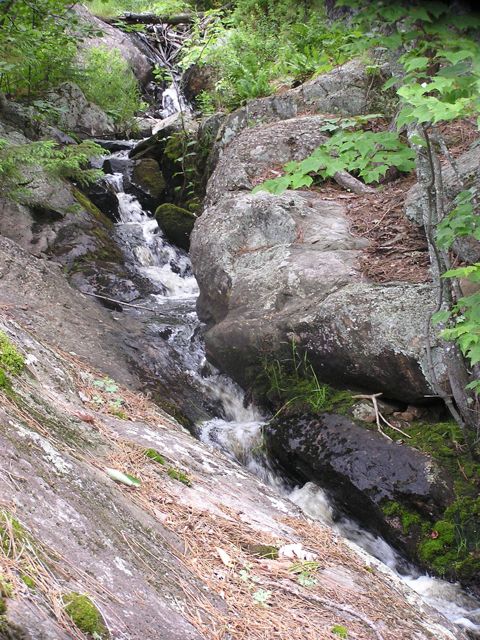 Deer/Horse flies are abundant this year, but my favorite fly patch did the trick on the little b@$---$! 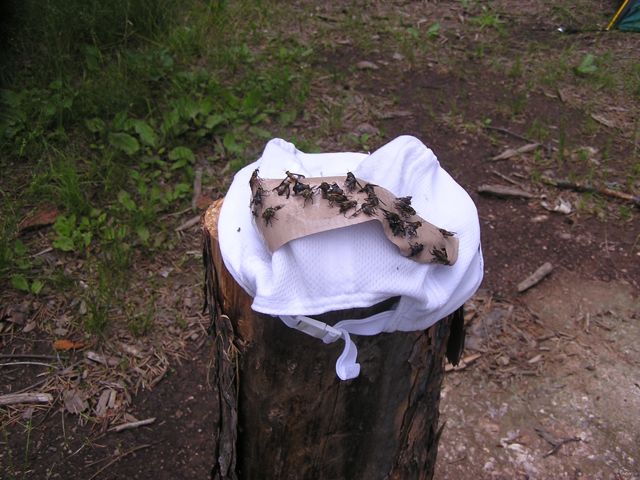 After a completely secluded and quiet evening, I headed out the next morning beginning with a crossing of Grassy Lake: 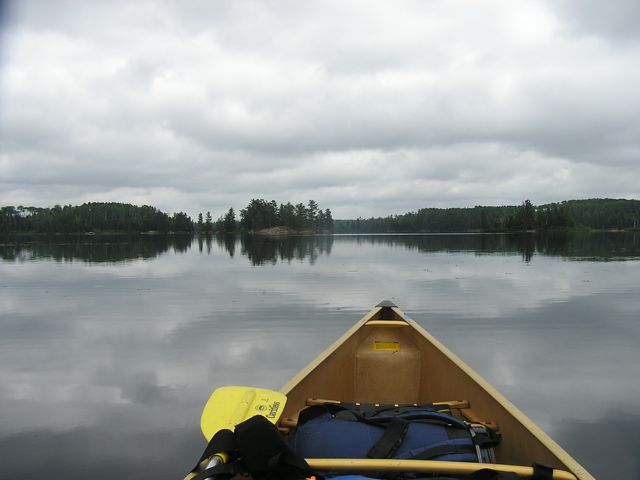 Grassy is a pretty lake with it's namesake on both ends, but clear and open in the middle. There is one cabin on the lake that wasn't active as I paddled across. The east end is loaded with a sea of lily pads and white and yellow pad flowers: 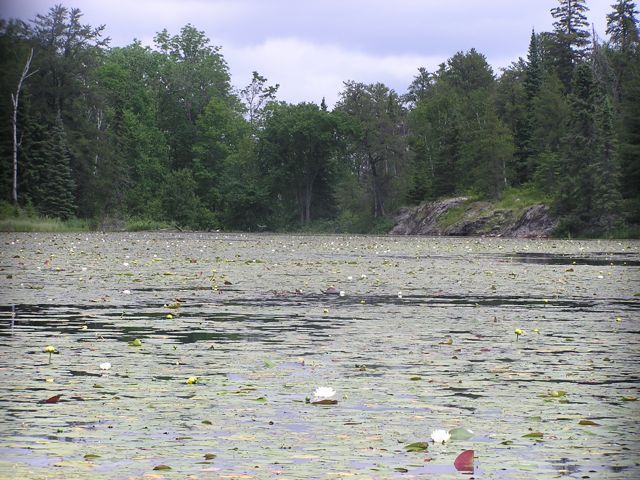 Here is the other end of the portage out of Grassy into it's creek which eventually flows into the Range River coming out of Range Lake in the north: 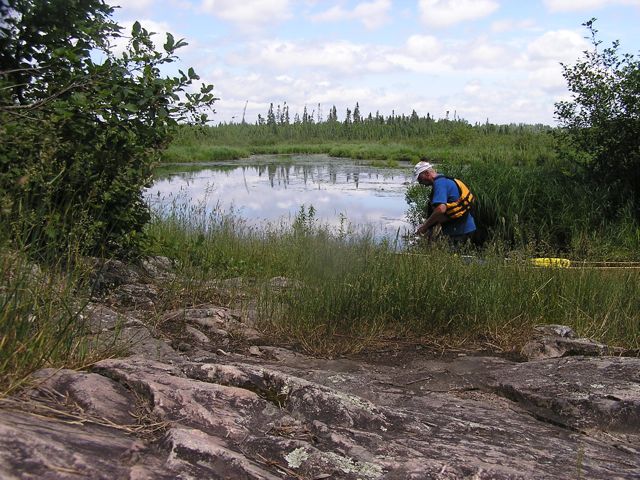 The stream paddle was typical of canoe country. I love the meandering and moving thru it. Eventually I came into Low Lake. The first site was occupied and second wasn't all that appealing, so I moved on to Bass Lake which I chose the southern most site. A finicky landing but sits high on a bluff with a great view. Here's home on Bass: 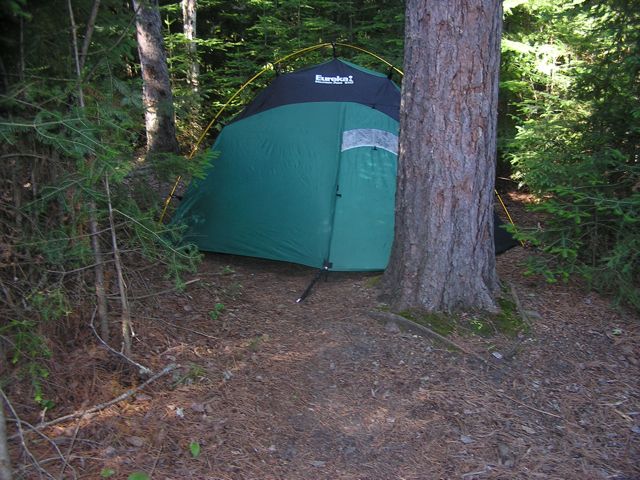 On Bass, there is a really pretty waterfall from Dry Lake to the north, hence the name "Dry Falls" 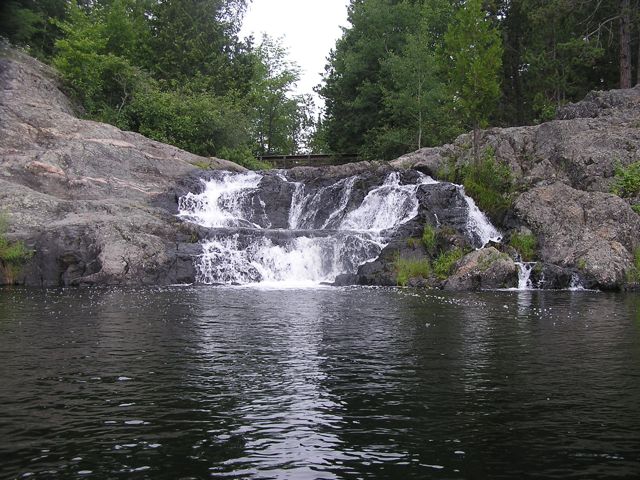 I always had the impression that unprotected areas outside the BW would be overused and worn and crowded. I was very wrong. This was a very secluded area that competes with most of my favorite BW ones. I saw loons, eagles, otters, kingfishers, great blue herons, many recent holes where baby turtles had dug out of and wolf scat signs. The only time I didn't feel off on my own was I did sometimes hear traffic from the Echo Trail on my Bass campsite. But I was up high and knowing what a great paddle I had, I wasn't at all disappointed.

If you find yourself needing a couple of great paddling days and don't have a permit, I highly recommend this adventure. Thanks for coming along: 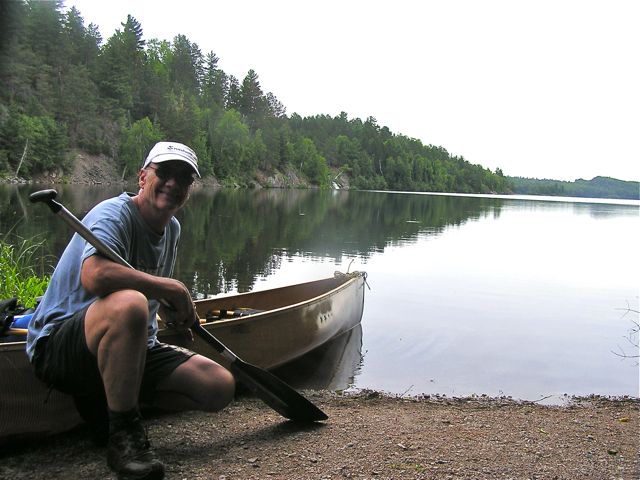