Trip Type: Paddling Canoe
Entry Date: 07/03/2013
Entry & Exit Point: Lake One (EP 30)
Number of Days: 4
Group Size: 4
Trip Introduction:
This was a family excursion designed to be an easy trip. We wanted to get one shake-out trip with gear, food options, canoe technique, etc before heading to the Quetico at month's end.
Discuss Trip: View Discussion Thread (3 messages)
Day 1 of 4
Wednesday, July 03, 2013 Day One We (family of four -- two adults, two kids 10/8) started this trip on July 3rd after camping at Split Rock with another family. We arrived in Ely and did some restocking before heading down to the ranger station, picking up the permit, having some lunch and heading down the Fernberg to the Lake One put-in. My wife met us at the EP30 put-in after finishing teaching down in the Twin Cities at about 2PM. It took us some time (about 2 hrs) to organize our gear after the camping and transition into the canoeing mode which in hindsight probably isn’t the best way to approach something like this --- but then you work with the time you have off and this was the way it shook out.

We pushed off and floated away finally at about 4PM. Weather was good, still sunny, flies were manageable and water was calm. We found the first 19-rod portage to get into Lake One with little difficulty. However, the first portage into Confusion had some fairly vigorous rapids and strong current that you have to fight through. We were forewarned by another party of 3 canoeing families that the current "will push you right into the rocks/rock wall" and that you should "approach from the right bank (where the rock wall is). Good advice!

However, we approached that way and were pushed into the rock wall but then swamped a bit and backed off. Long story short, we paddled around the granite- faced corner of the ridge abutting the portage (opposite the 20r. portage into Kawishiwi) and dropped off my wife and two kids to bushwhack over to the portage trail while I attempted to get the canoe into the portage.

I approached the rapids this time from the left where there is 'quiet water' and turned quickly right to cross the rapids which are only about 10 feet or so wide, but strong --- I was still pushed into the wall of rock but was light enough not to swamp and was then able to paddle myself into the portage trail. My wife and kids made it through to the trail -- a bit scratched up but happy! :) After this portage trail, we pushed off and headed for the next portage which found quickly after winding our way through Confusion and finally arrived at Lake One. Loading up our gear, we recalculated our position with our maps and compass and shoved off.

I think Beymer describes Lake One as a confusion series of islands and channels that keep you referring back to your map and compass. We certainly had our challenges as we paddled out a bit too far south by southwest into the lake before heading east towards the next portage. Actually at this point we were tired, hungry and willing to settle for any open campsite. Landing the canoe on what we thought was the northern shoreline of Lake One and a promising campsite or two, turned out to be false alarms. Actually we were on the southern side of one of the two larger islands that block the view of the last three campsites on that shoreline on your way to the portage (first) into Lake Two. There was even a fire grate and ring (but no latrine) on one of the sites – must have been an old site. Turning the corner, we realized our error, shot a narrow channel between two islands and quickly found our cove campsite (#2). This was the second of the last three campsites on the north shore on the way to the first Lake Two portage (an excellent wooded, flat site with a rock wall at one end) in a little protected cove and beautiful views out onto Lake One! 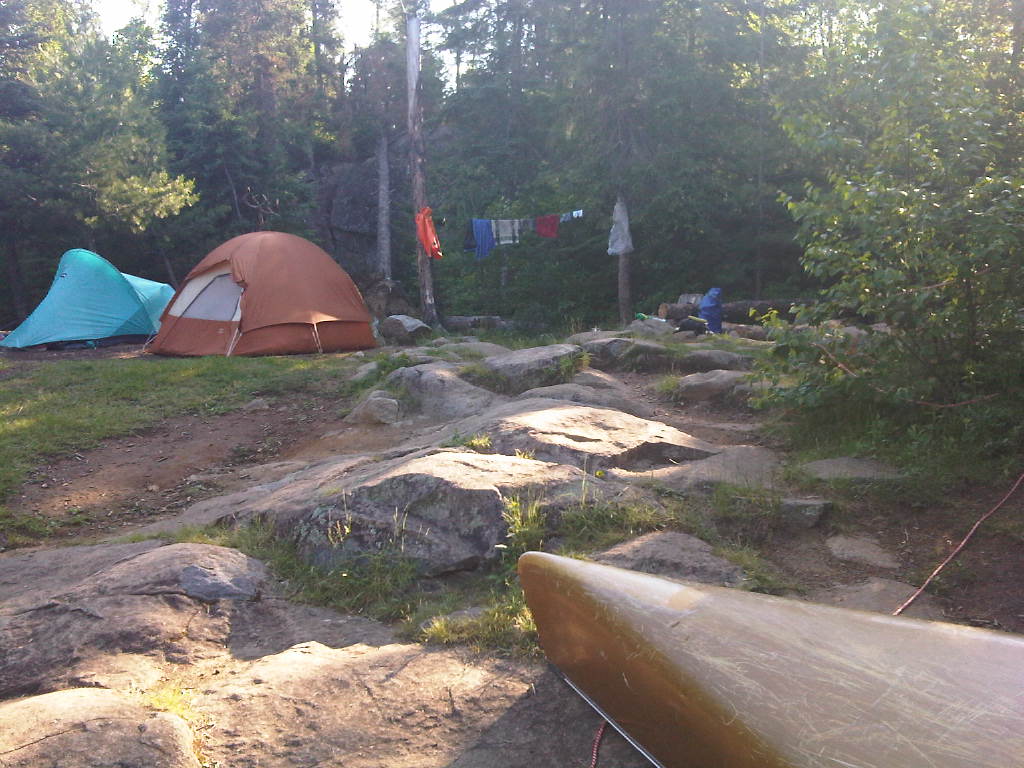 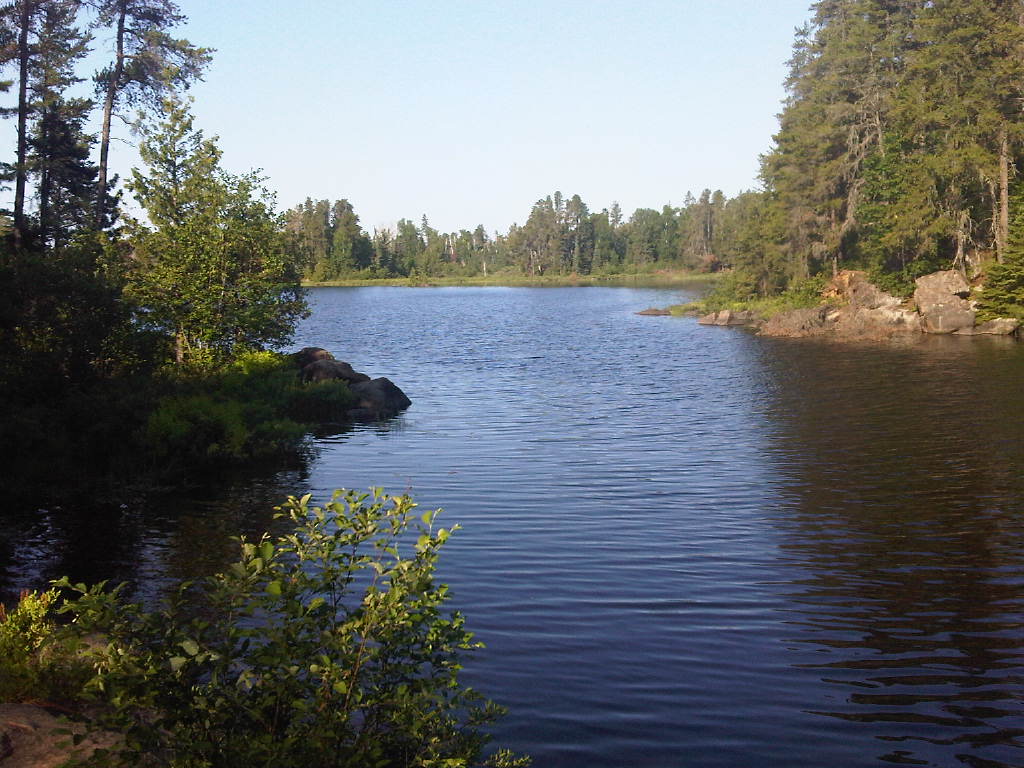 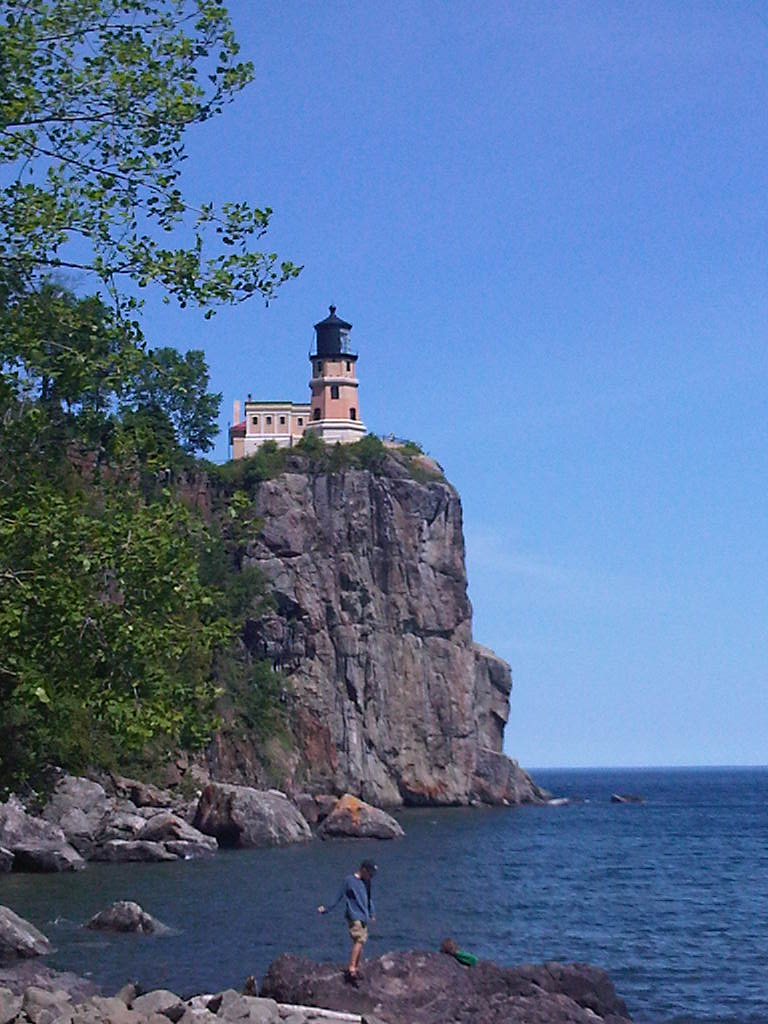