We started our morning by meeting Laura and Greg at Britton’s for breakfast at 5:00. On entry days we usually get moving early and don’t stop for much of a lunch and push on to get camp set up then eat. After a great breakfast we stopped back at VNO to get our gear from the bunkhouse and then off to meet our tow on Moose at 7:00. After getting our gear and canoes onto tow boats we were off at 7:00 and were unloaded and ready to paddle on Birch at 7:45. We were on Knife before we knew it and planned on stopping on either end of Dorothy’s Island to grab a quick pb&j tortilla for Dalen. Both sites were full so we paddled past and stopped at the next island on a rock to grab some food and take a minute to tie up our fishing poles so we could troll for lakers while we traveled to the South Arm. We didn’t go far before I was hooked my first BWCA laker, what a rush! I caught another laker just past Thunder Point and Scott caught a very nice laker just as we left the narrows leading to the South Arm. We pulled into site 1431 about 2:00 and started to settle down before we noticed that the wind blew us all the way from Dorothy’s Island to the South Arm and that we maybe should have had some sun screen on. After a quick lunch we set up camp, collected some wood, and just took a break. Made lake trout for supper and were in the tent and sleeping about 10:00. 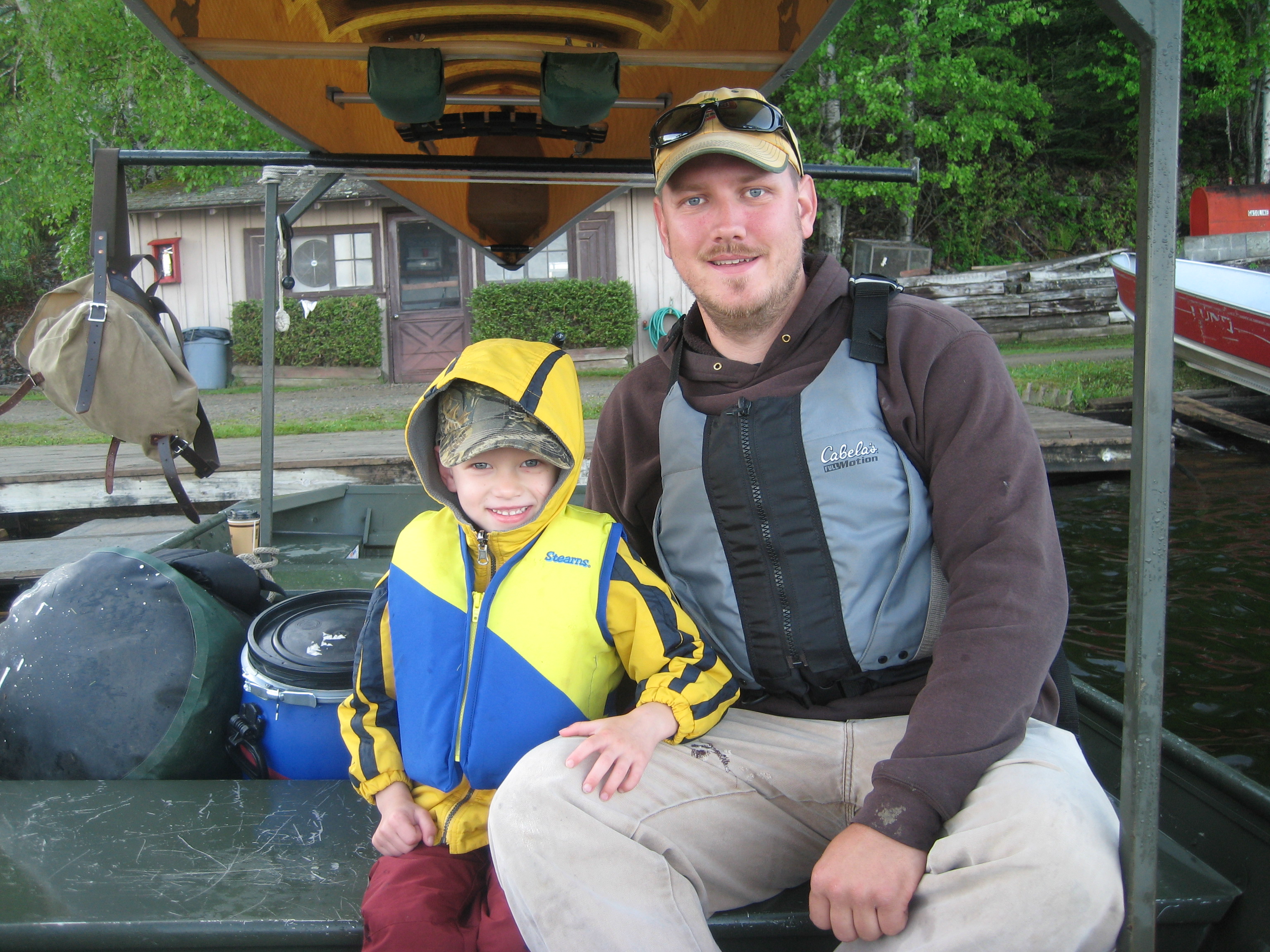 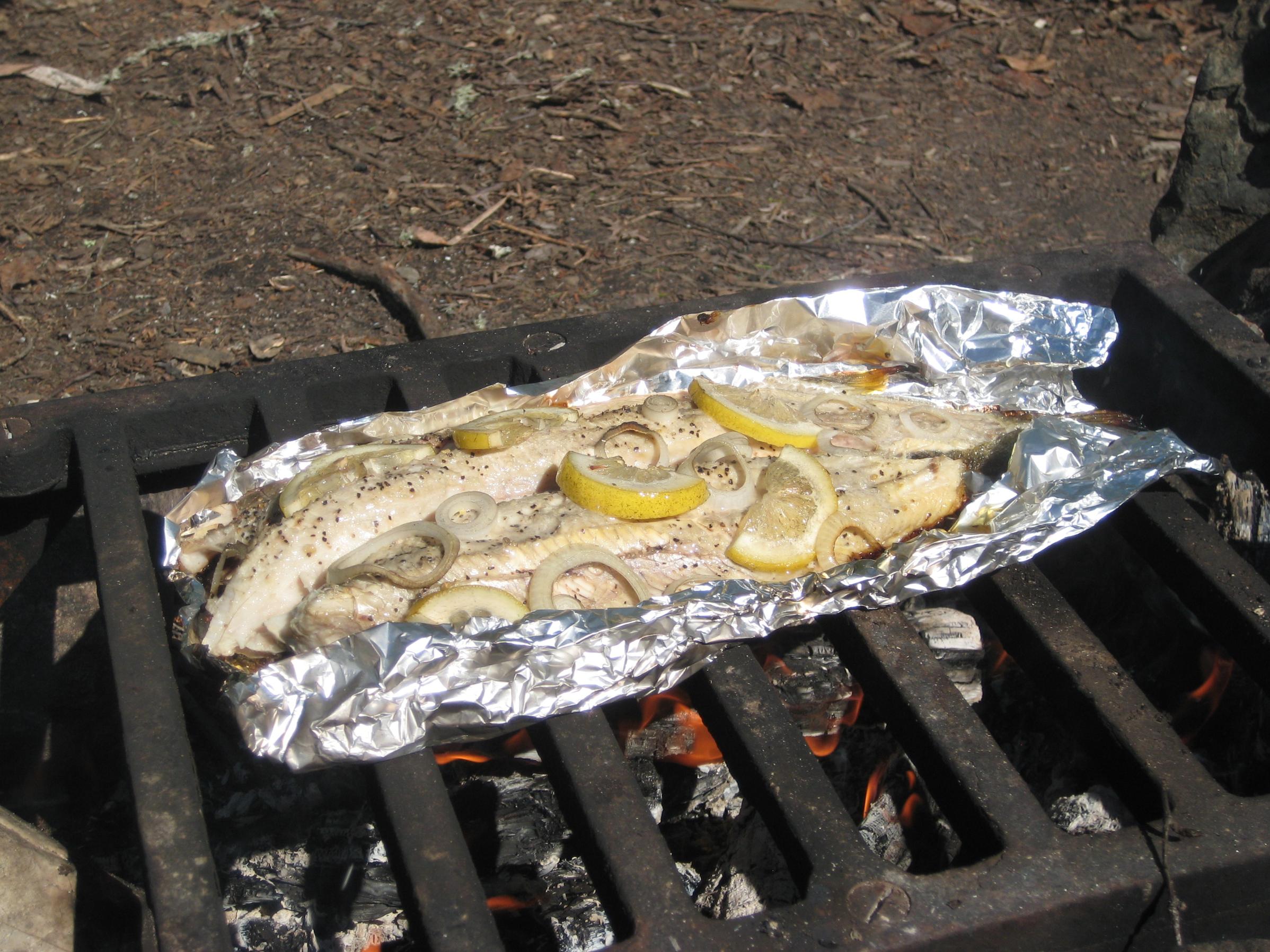 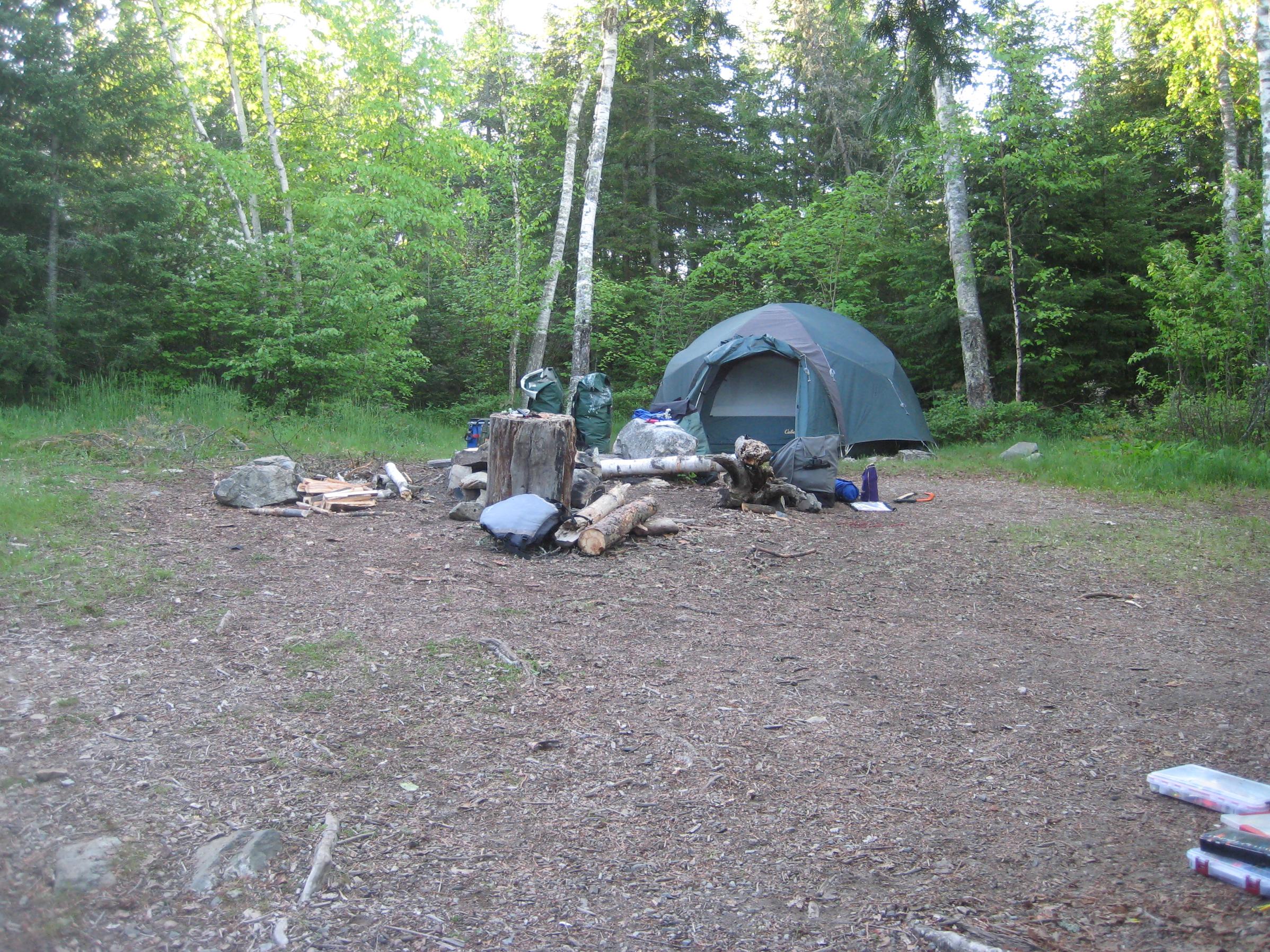