Trip Type: Hiking
Entry Date: 07/07/2013
Entry Point: Other
Exit Point: Other
Number of Days: 5
Group Size: 2
Trip Introduction:
This is a 5 day hiking trip I did in the Chugach State Park (30 min outside Anchorage) with my wife while visiting family up in Alaska.
Discuss Trip: View Discussion Thread (3 messages)
Report 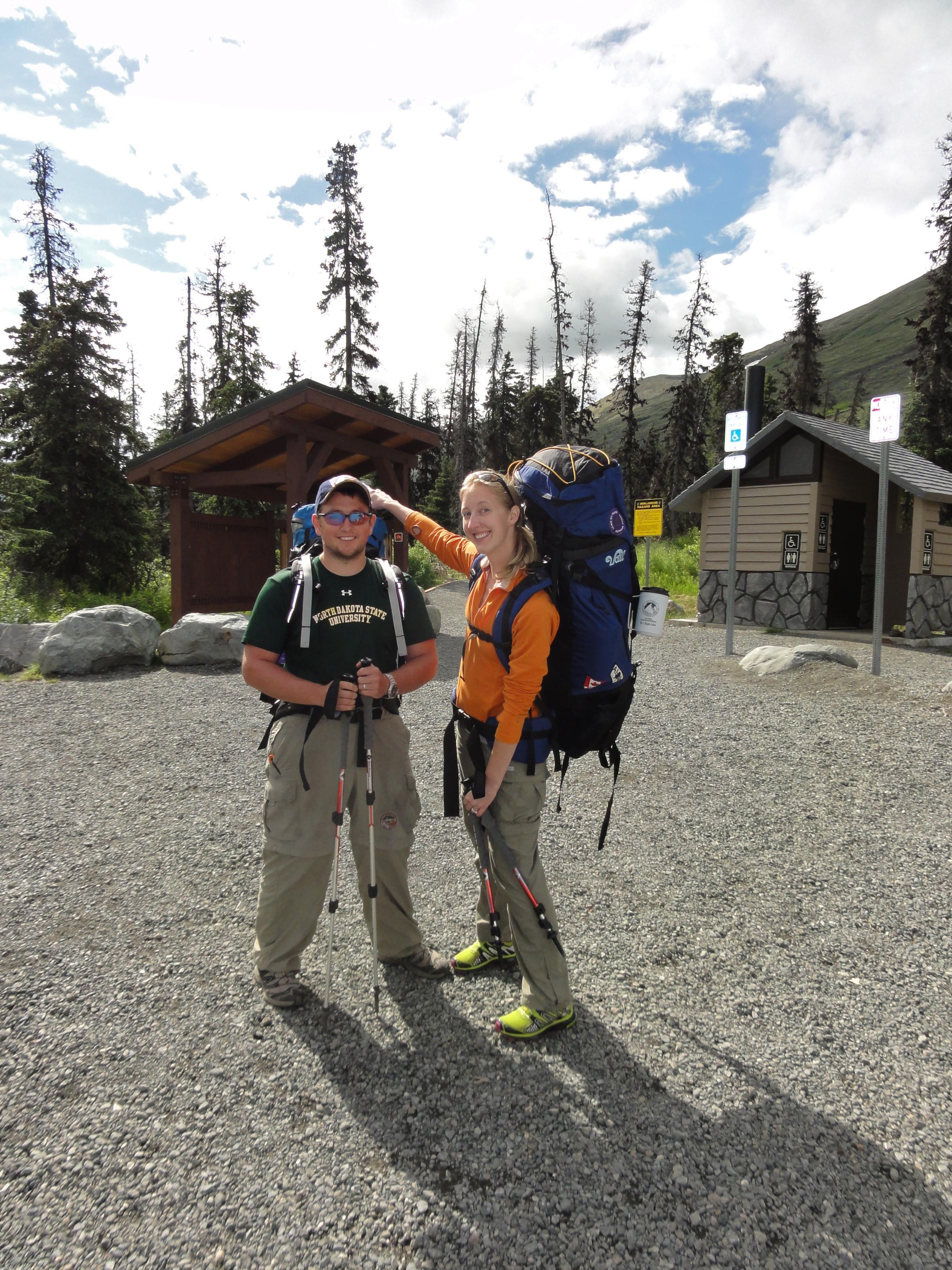 I hope this report turns out OK, I don't do many of these. FYI most of my awesome mountain pictures are still stuck on my wife's phone.
In early July my wife and I visited some family up in Alaska and decided to squeeze in a 5 day backpacking trip in the Chugach State Park which is located right outside of anchorage. Our starting point was at the trailhead of the South Fork of Eagle Valley. We followed the eastern side of the valley before dropping onto the valley floor and crossing the glacial river being fed from Flute glacier further up the valley.
From there we crossed to the other side of the valley and climbed about 600 vertical feet into the mouth of another valley aptly called the Hanging Valley, because it hangs so far above the South Fork valley. 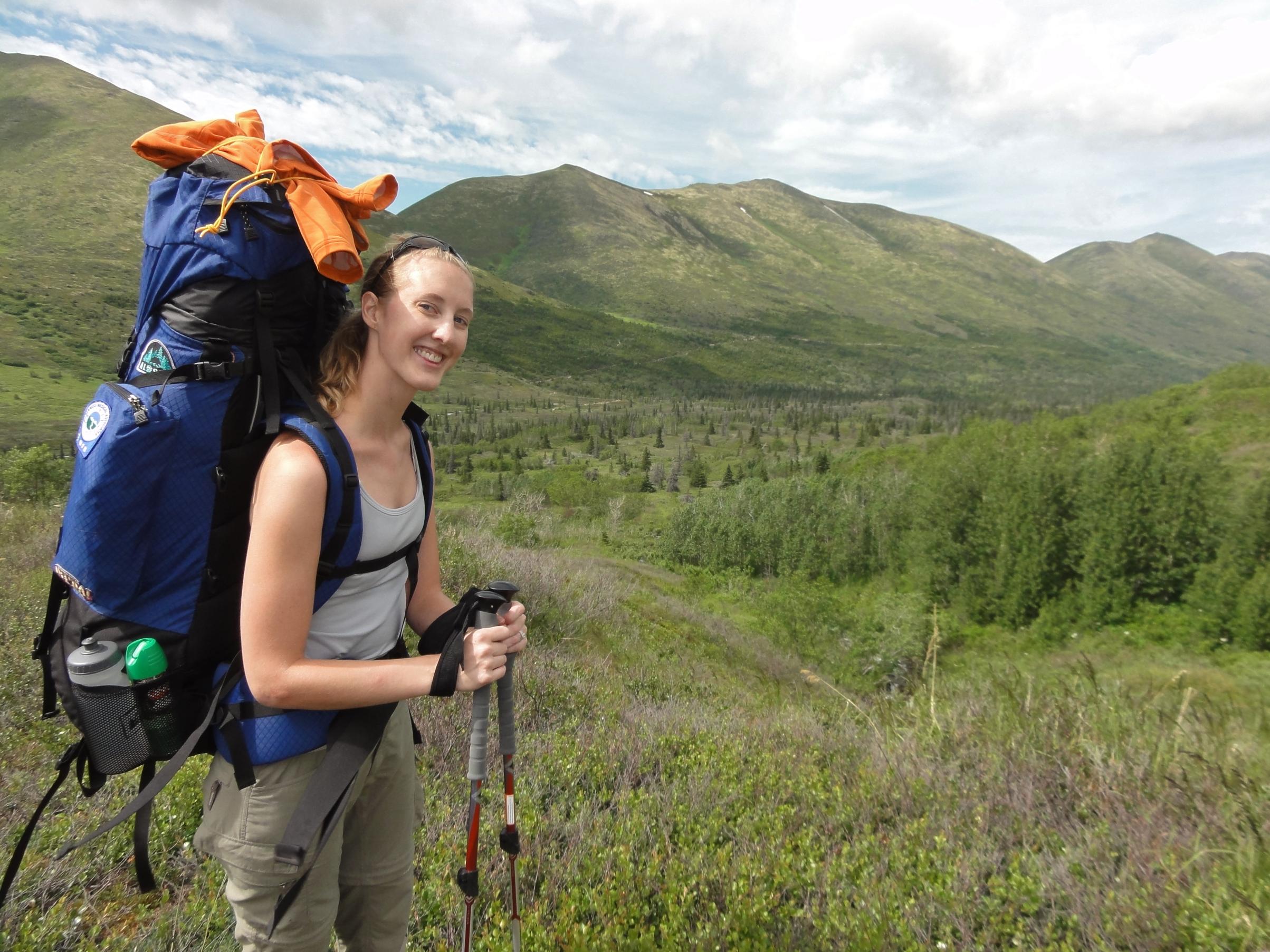 From here we hiked back to the end of the valley where the trail terminated at a rock glacier which was at the foot of a solid wall of mountains. Our campsite was located near the terminus of the valley up about another 400 feet next to the hanging valley tarn (lake). At first I thought we had the place to ourselves but then I realized we would be sharing our little valley with a momma moose and her baby. 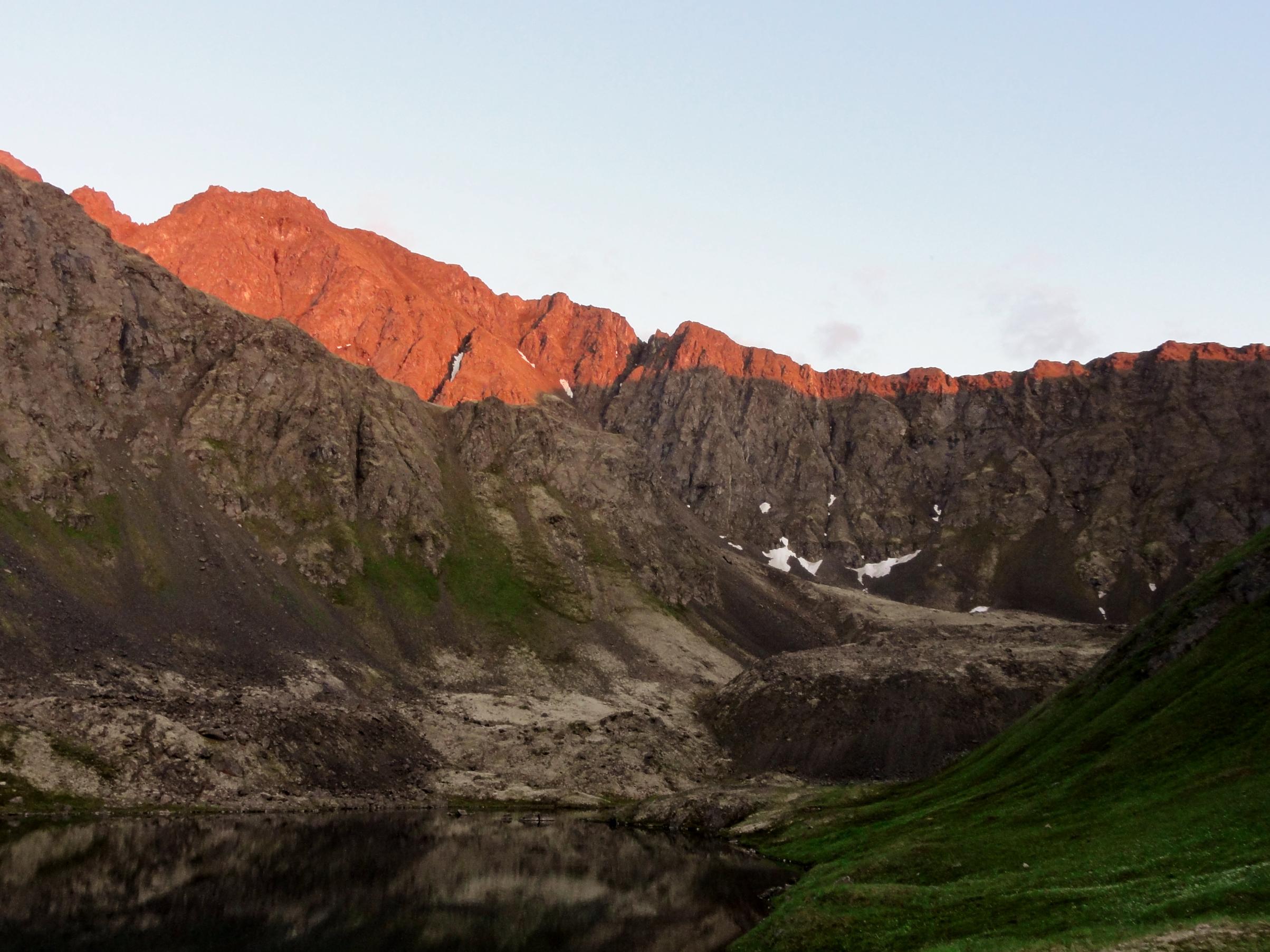 To make a Long story short we spent the next couple of days bagging peaks and having a great time. We had lots of solitude and saw very few other hikers. We did run into one lady (of the 6 people we saw the entire time) who was originally from St. Paul (where we live), small world. The weather was sunny and beautiful everyday, which is rare in Alaska. We were even able to see Denali from some of the peaks we climbed. I had bear mace but lucky for us we didn't run into any other wildlife except the moose. 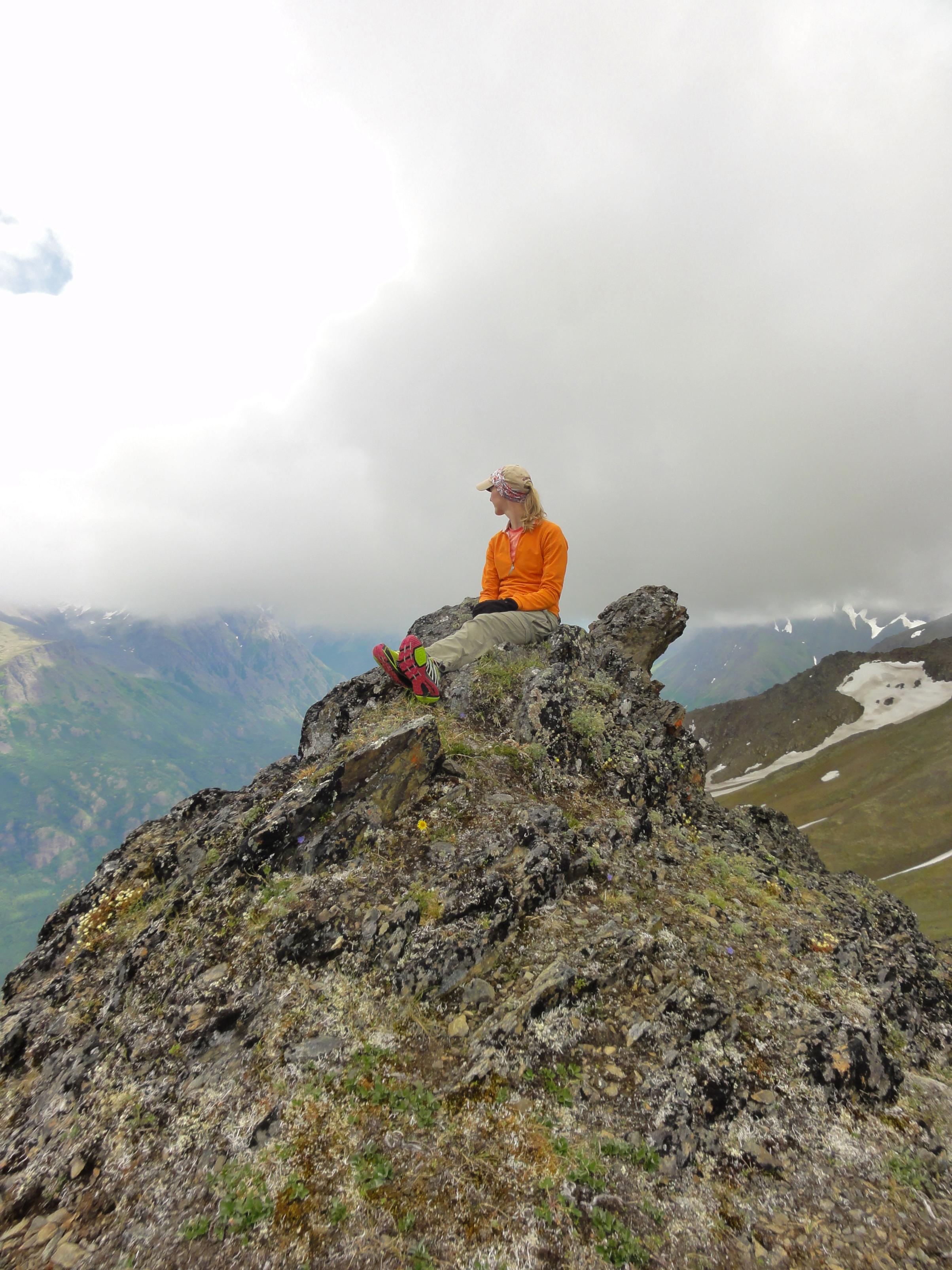 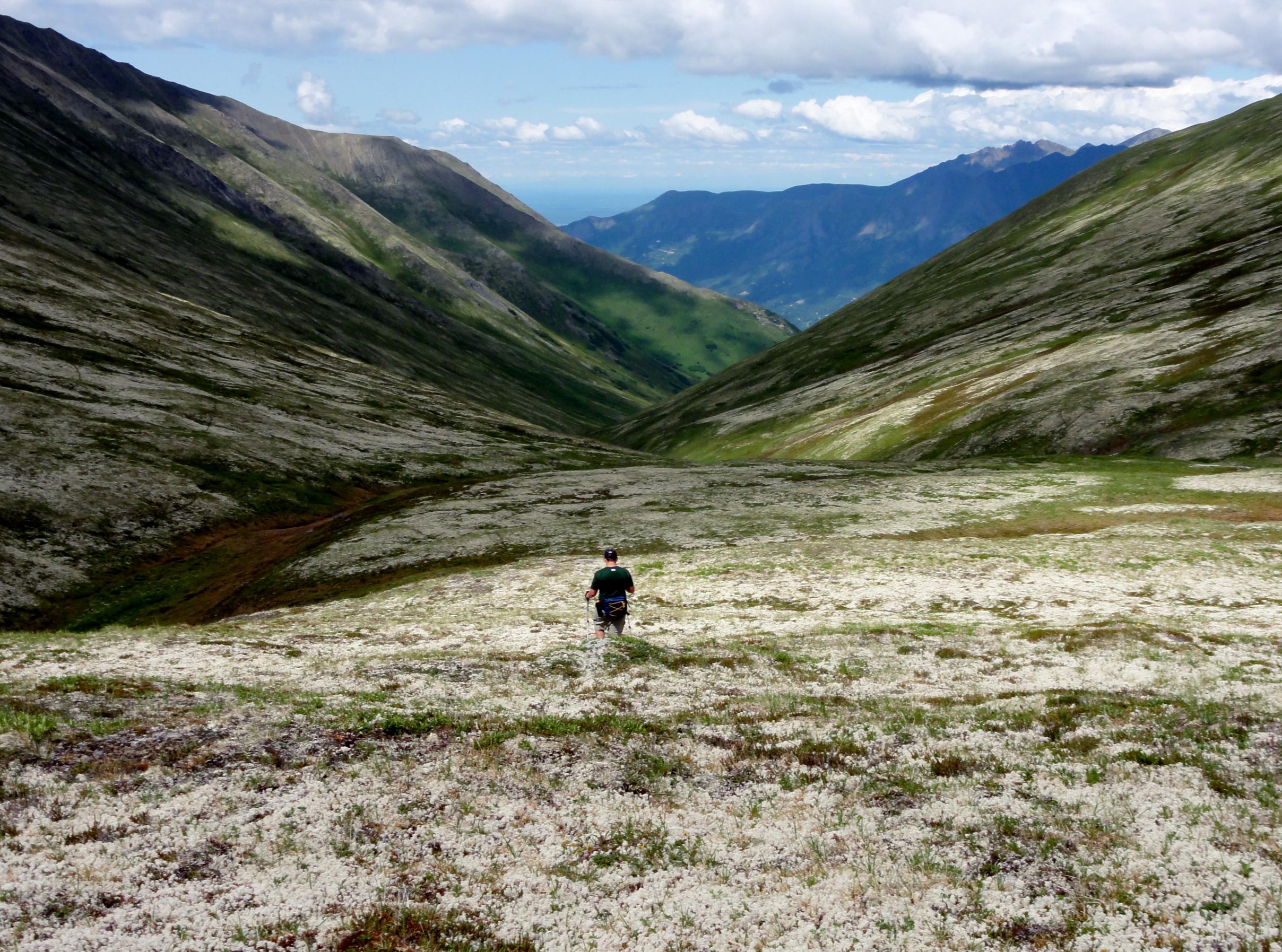 A lot of people visit Alaska but really don't see much outside of Anchorage, or don't do much besides fish. Hiking Alaska is a real treat and this was seriously a 30 minute drive from Anchorage. Just something to think on if you ever find yourself headed up that way. 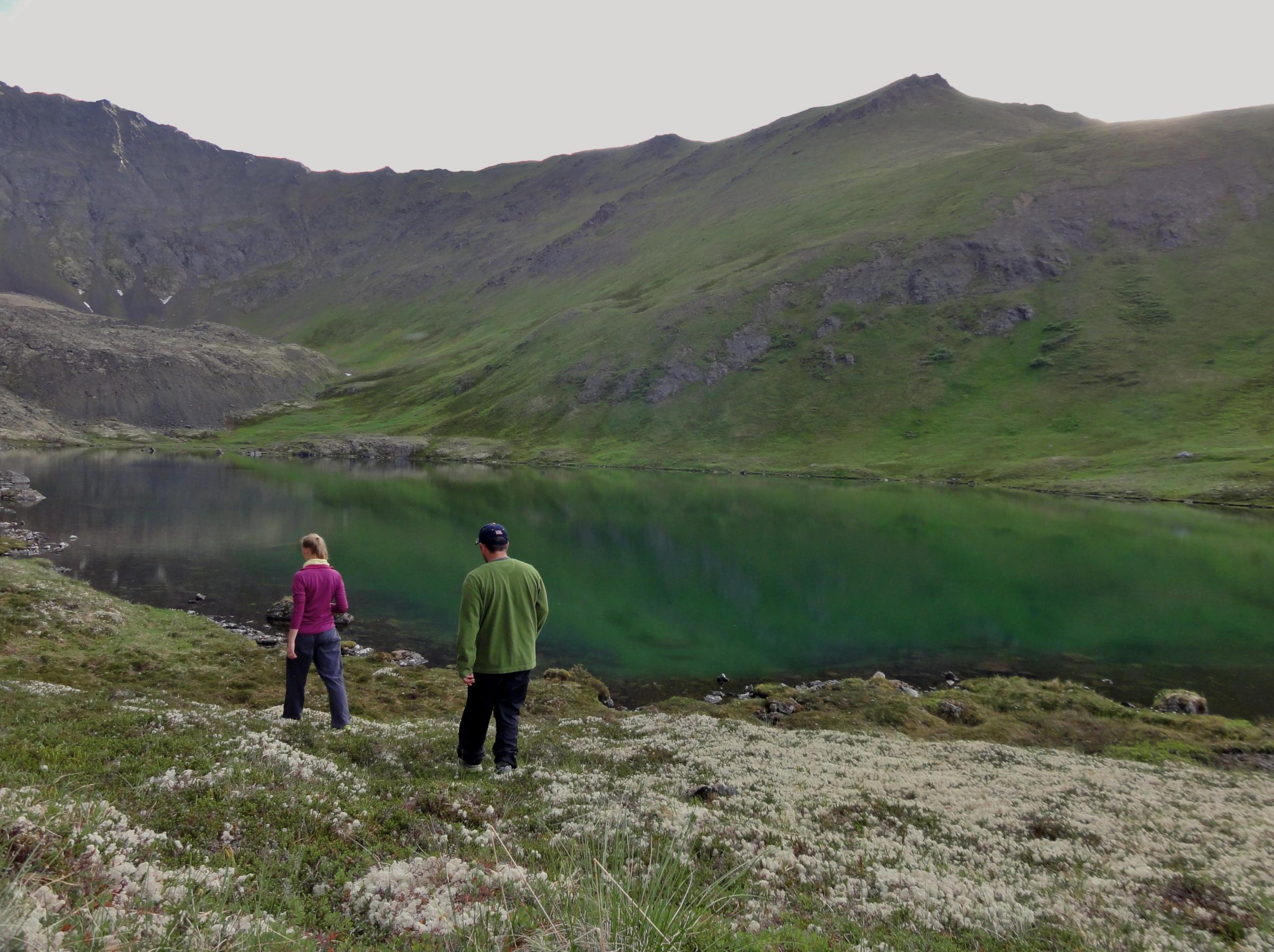