Base Camp on Caribou
by chadobmn

Up at 6:30am. I was worried about going this time of year in such a busy area. We had planned to just base camp for 3 nights and explore and fish. I didn't want to get stuck on a bad site for three days. We loaded and were on the water by about 7:30. I love the option of just paddling away from the outfitter and then returning right to their shore, all on my own schedule. We hit the water just before another group who appeared significantly less experienced than the average BWCAer (not judging, just an observation). They were headed in through Meeds (EP 48), 320 rods, and Mike seemed concerned about them, even stating to me, "I think they'll be okay....".

We paddled into a light cross wind with overcast skies. The weather for this trip was very cool for the time of year. High's of around 60-65, lows in upper 40's at night. Pretty cool for August. Water levels were very high. We found the portage to Lizz easily and had to wait for two groups coming out. Already seeing a lot of people, but at least they were headed out. Portage to Lizz was pretty wet and muddy, but otherwise easy. Lizz lake is very nice, with a small "island oasis" just as you begin paddling. Hard to get lost on this lake.... Finding the portage to Caribou was simple, again we floated, waiting on two more groups before starting the portage. A nice wide (wet and muddy) portage and we were onto Caribou. I had planned to stay on Horseshoe. But the first campsite (directly across from the portage into Caribou) was open. We checked it out, it was pretty good. Nice landing, Northern view, good tent pad, open rock ledge. The worst part of this site is the trail to the latrine and the traffic from the portage. The trail is swampy and wet, but it was my first experience with the 'new' square latrine with lid. Pretty nice. Sitting and deciding if we should stay or go, we watched two more groups paddling by and decided a bird in the hand..... I would have liked to gone in a little deeper, but didn't want to chance ending up on a bad site. Wind had kicked up, and it was only about 9:30. Setting up camp we saw a lot of people in and out that day. It would become a theme. More on that later. After about an hour at camp, the less experienced group came across the Lizz entry point (they had a Meeds lake permit) and camped directly across from us, they were loud, but only stayed one night. After a very brief internal debate about confronting them about the permit, I decided against it. I didn't come up here looking for conflict, quite the opposite in fact. Besides, I know my own limits, I didn't know their limits, so I let it go. We just hung around camp, fished with from shore and managed to catch several walleye and smallmouth. Always a bonus when you can do that from camp. Since this was a short base camp trip we brought a few luxury items with us. One being nice camp chairs, I loved this. The other being a small soft sided cooler with 8 lbs of dry ice. Dinner was fresh Chicken Fajita's, as the steaks were still solid as a rock. I would do the dry ice again, it worked very well. 3+ days of ice, and I even forgot to put my cooler in the outfitters freezer. Made a few Arnold Palmers and watched the stars as the clouds had cleared up. It cooled off fast and we slept in long underwear in our 30 degree bags. In August? 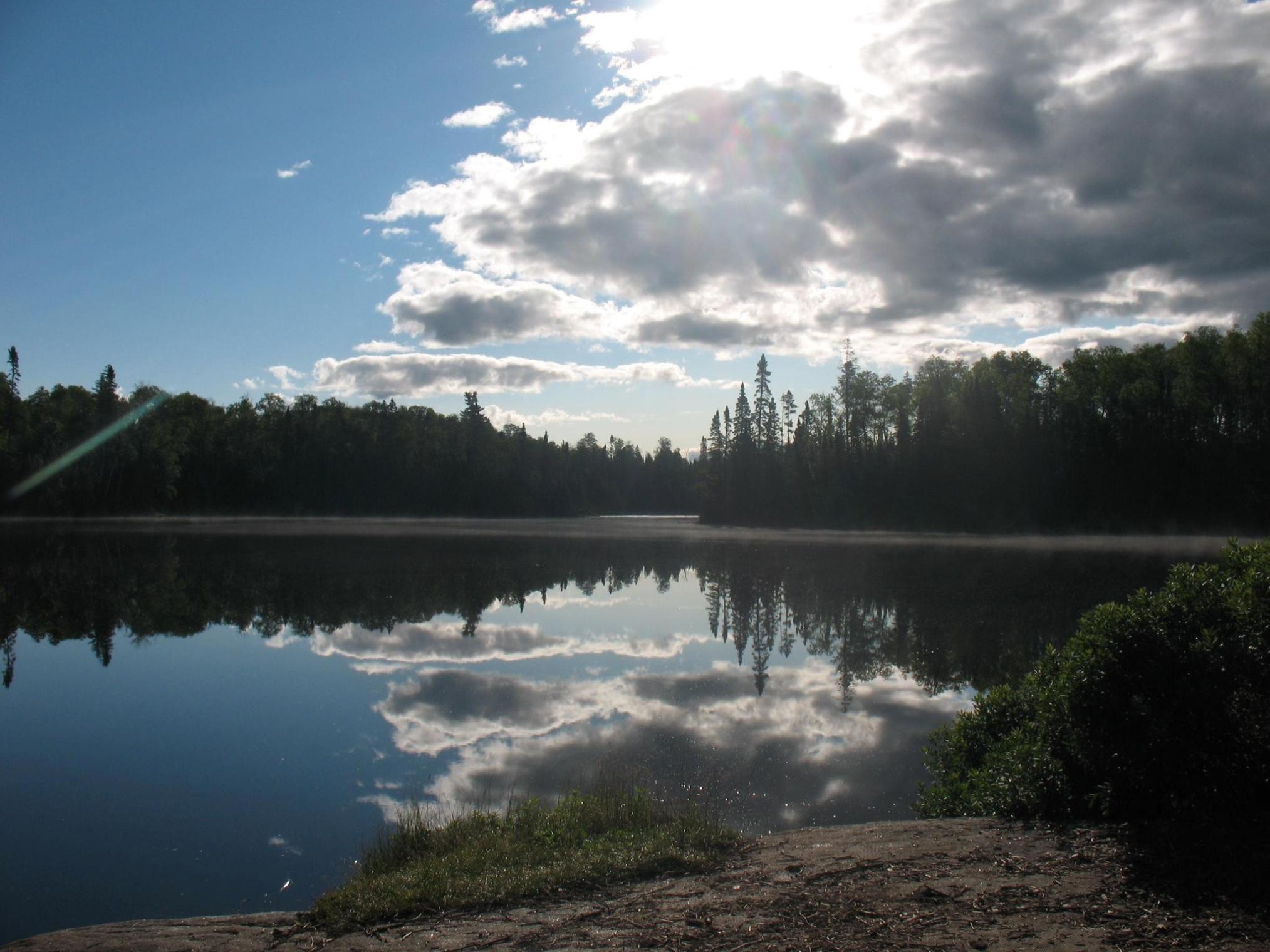