Sawbill to Cherokee Lake and back
by landoftheskytintedwater

After spending the night at the Sawbill campground, we hit Sawbill around 7:30am and enjoyed a slight breeze from the south to help push us all the way to the Ada Lake portage 5 miles up the lake. It rained lightly most of the night and the morning was cloudy.

The first two portages into Ada Lake and Skoop Lake were pretty easy, with the second portage having a little more elevation. It took us a few minutes to find the second portage as it's hidden behind a corner around some weeds but if you trust the map, you'll find it no problem.

After paddling through Skoop Lake, we were able to paddle right into Skoop Creek, which was shallow but passable, all the way up to the 12-rod portage before hitting the 180-rod portage into Cherokee Creek.

The portage had about 10 muddy spots, and while it was up and down the entire way, none of the hills were terribly steep. Just a long, moderately difficult slog over to the creek-side landing.

Cherokee Creek is a nice paddle, and after about a mile on the creek, we were pleased to catch our first glimpse of Cherokee Lake, which is beautiful.

We had passed 4 groups going the opposite direction all coming from Cherokee Lake. I made a point of asking all of them where they had camped trying to scout out from the Boundary Waters Journal campsite ratings from this spring which sites were open. Labor Day Weekend-I was expecting at least decent crowds on Cherokee. One group had been camped at the second site north along the west shore, which was one of my top 3 targets, so after spotting the nice looking point of what was obviously the campsite, we decided to just take it not knowing what else might be open on Cherokee.

The site has a great view east over the southern portion of Cherokee with a couple islands, a nice bay to the north, and three nice tent pads. The grate is very scenic with two jack pines right near by. The only drawback of the site is marginal log seating, and no west view for sunsets, but there is nothing to complain about with this site.

After setting up the tents and enjoying some mac and cheese for lunch, we took a dip in the lake and swam to the trio of points the jut out into Cherokee south of the campsite. The water was unseasonably warm, perfect for a refreshing swim.

The weather radio indicated we were under a severe thunderstorm watch and rain was forecast for the next day and a half, so I spent some more time rigging a couple tarps. Then we took a paddle around the big island adjacent to the Sitka Lake portage and saw a couple groups camps in that area of the lake, but I was still surprised at the number of sites open for Saturday of a holiday weekend.

Upon returning to our site, it was starting to look a little ominous to the west, so we made tacos over the stove under the tarp as it started raining off and on. Just as we finished eating, the a storm hit and we each took up refuge in our tents to wait out the storm.

Once the storm cleared, we did the dishes, packed up camp and enjoyed a campfire. After dark, we were lucky to have some clear sky blow through so we could enjoy the stars. 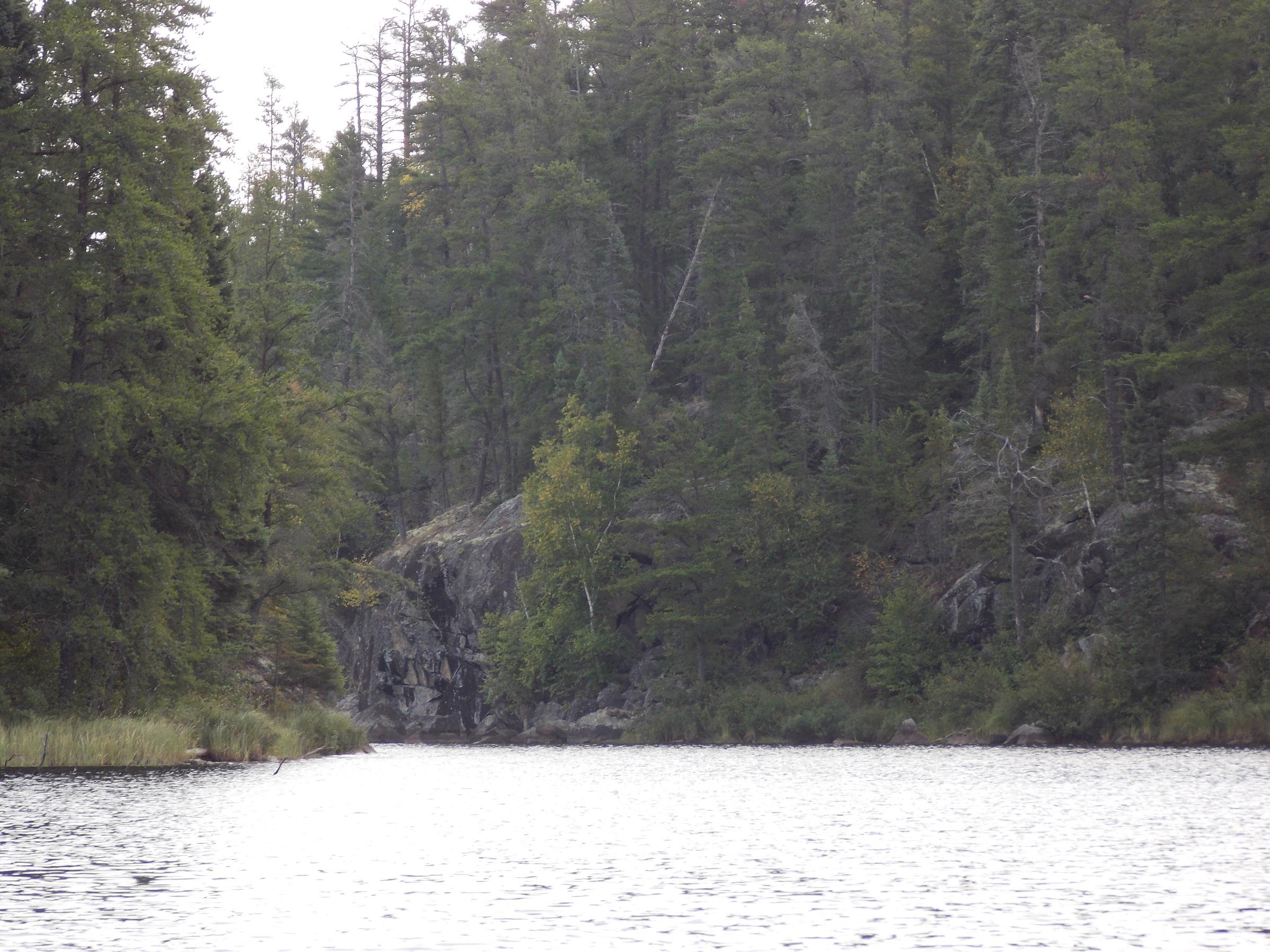 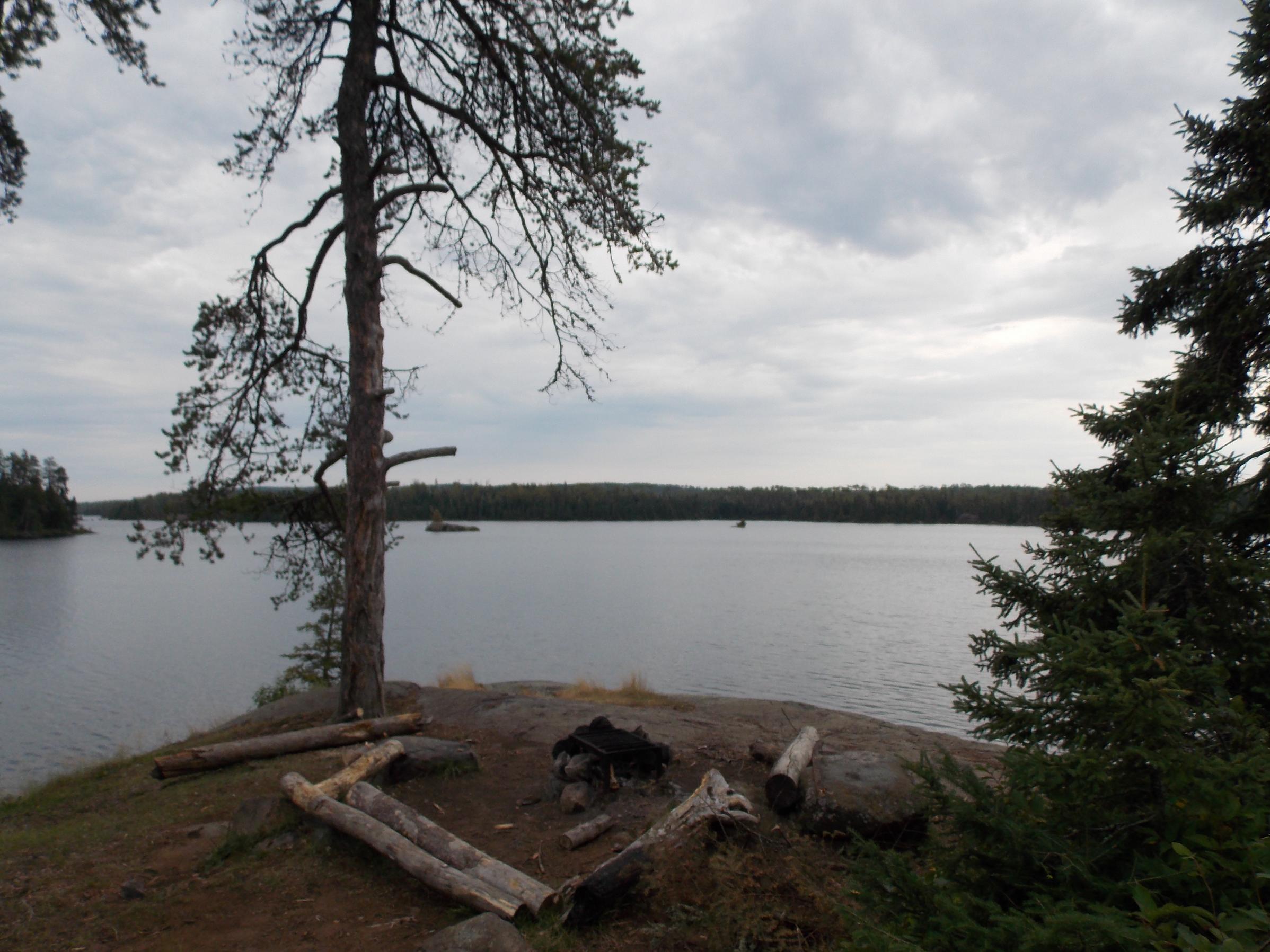 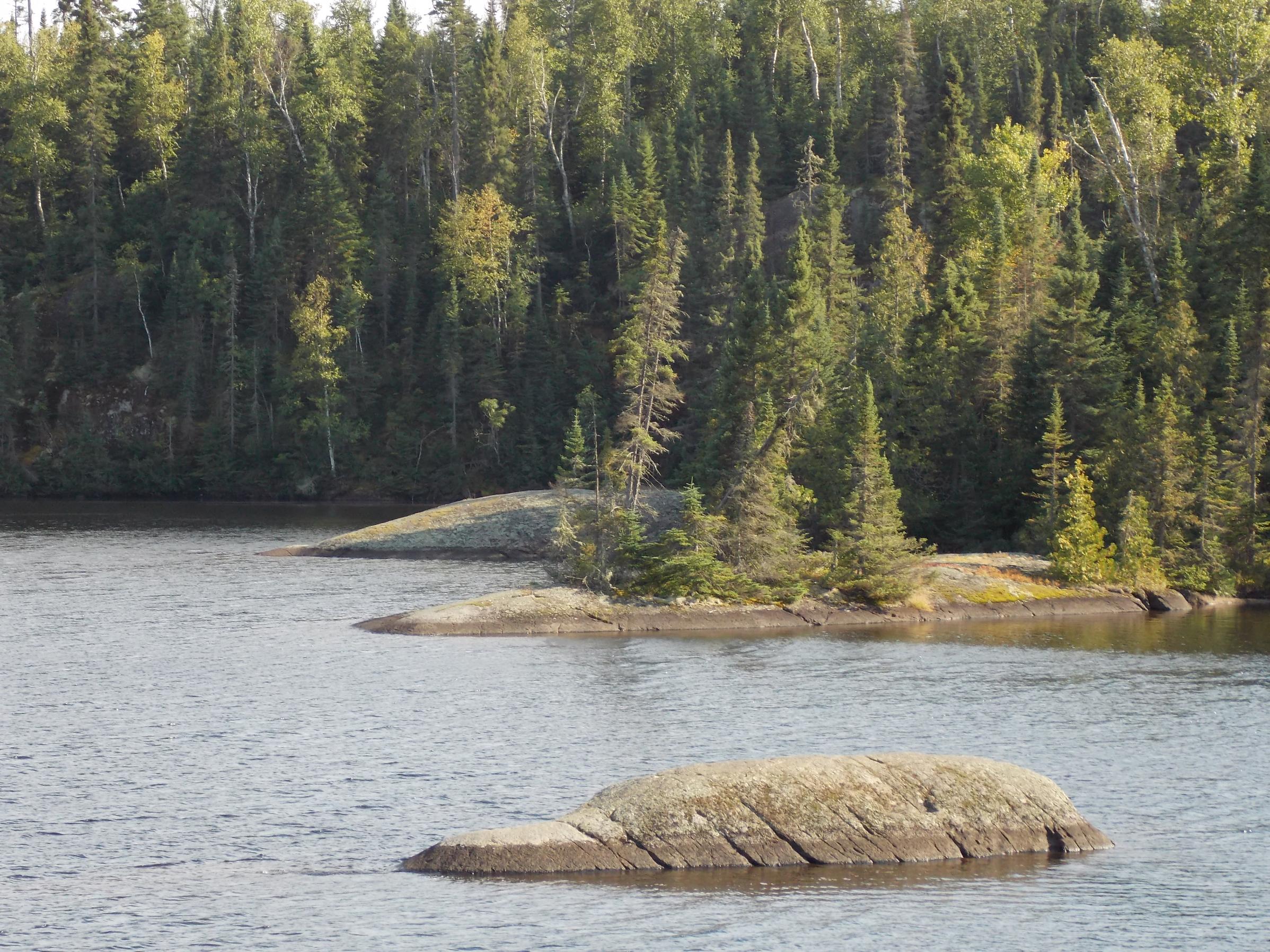 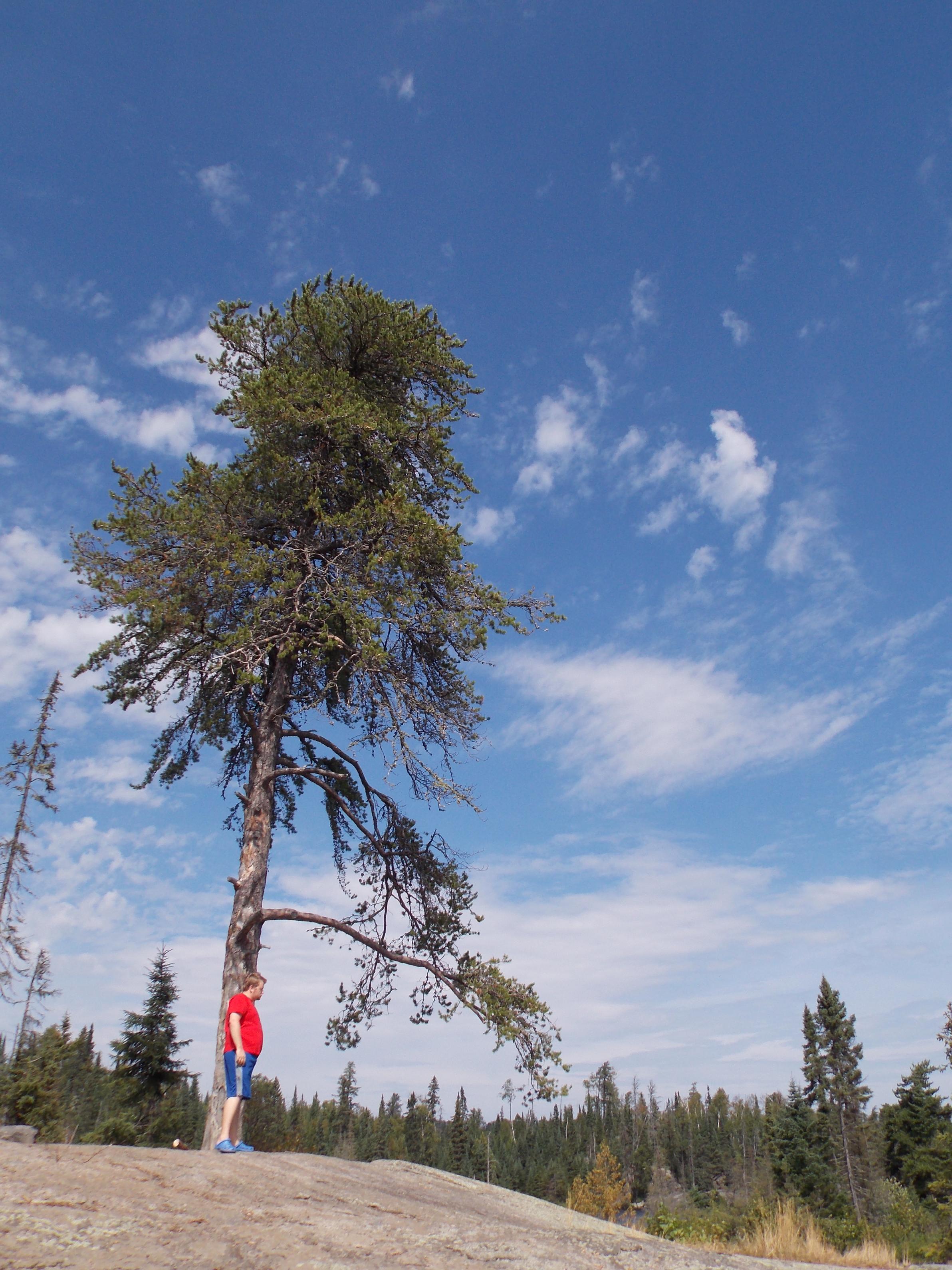