Trip Type: Paddling Canoe
Entry Date: 09/29/2013
Entry Point: Moose/Portage River (north) (EP 16)
Exit Point: Moose/Portage River (north) (EP 16)
Number of Days: 7
Group Size: 2
Trip Introduction:
My 20th and my girlfriend's 1st trip to the BWCA. We originally were going to enter two weeks earlier but had to move our trip back because of a work trip that came up for my girlfriend. We were really looking forward to seeing some falls colors so the delay turned out to be perfect. After arriving in Ely Saturday afternoon, we went to the Chocolate Moose for dinner before heading to a friend's cabin on White Iron and enjoying some drinks at Silver Rapids.
Discuss Trip: View Discussion Thread (3 messages)
Day 1 of 7
Sunday, September 29, 2013 (Moose River North EP to Oyster Lake)

It took us about 50 minutes to drive the Echo Trail to the entry point from White Iron and we were unloading the car just after 7am. A group from Indiana pulled in right behind us. They were headed to Iron Lake for 4 nights. After getting the gear unloaded, car parked, and canoe rigged up, the group behind us was impressed when M hauled on down the trail with the huge green Granite Gear pack. I followed with the canoe with our paddles strapped in, and the food pack. About 30 rods down the trail one of the yoke pads just fell off my shoulder. After putting the canoe down, we realized M had screwed on the yoke pads...above the yoke. After screwing it back on, we finished M's first portage into the BWCA.

A quick paddle had us at the the 20-rod portage, followed by a makeshift portage around sand and debris from a presumed beaver dam blowout. After another 25-rod portage, we were headed north on the Nina Moose in search of the cliff south of Nina Moose Lake. We found what turned out to be the first of two landings up to the cliff. Unfortunately, we took the long way up the cliff, eventually making it to the top. What a view. A BWCA tradition on my trips is to take a timed group picture every day, and we took our timed photo for the day from the top of the cliff.

A short paddle later, we were on the 105-rod portage along the Nina Moose River which is beautiful. It follows the rapids and was framed by pockets of brilliant falls colors. My favorite portage of the trip. M was owning the portages through this point but I was getting tired and welcomed some extended paddling before our next portage.

Just before reaching Agnes Lake, we turned north to head up the Oyster Creek instead of taking the portage from Agnes Lake. This was our first and perhaps only route mistake. We actually found the way into the creek fairly easily despite no clear path, but it took a series of about 12 pull-overs and a few dead ends before we were confident we were on the right path. It took about an hour to get to the 20-rod portage. The rest of the creek was a nice paddle all the way over to the portage into Oyster Lake. Unless water levels were extremely high, I would take the Agnes portage in the future without question.

The portage into Oyster was pretty and the site of blue water after 8 portages was very welcome, but the rocky landing and a stiff west wind and whitecaps were less inviting. I couldn't tell with the binoculars if the 5-star site on the narrow portion of the peninsula was open, but we set off toward it anyway. After a wavy and windy paddle, we were happy to find it open.

It's a great site. Landings on both sides of the peninsula, nice grate area, plenty of tent pads, and lovely views into the northern bay of Oyster. After setting up camp, we took a very quick and cold dip into Oyster, and had a pick- me-up cup of coffee. Dinner was steak for me, chicken for M, and mashed potatoes. After journaling about our first day, we enjoyed some s'mores using Reese's instead of Hershey's, then laid down on the north rock slope and watched the stars before hitting the tent. 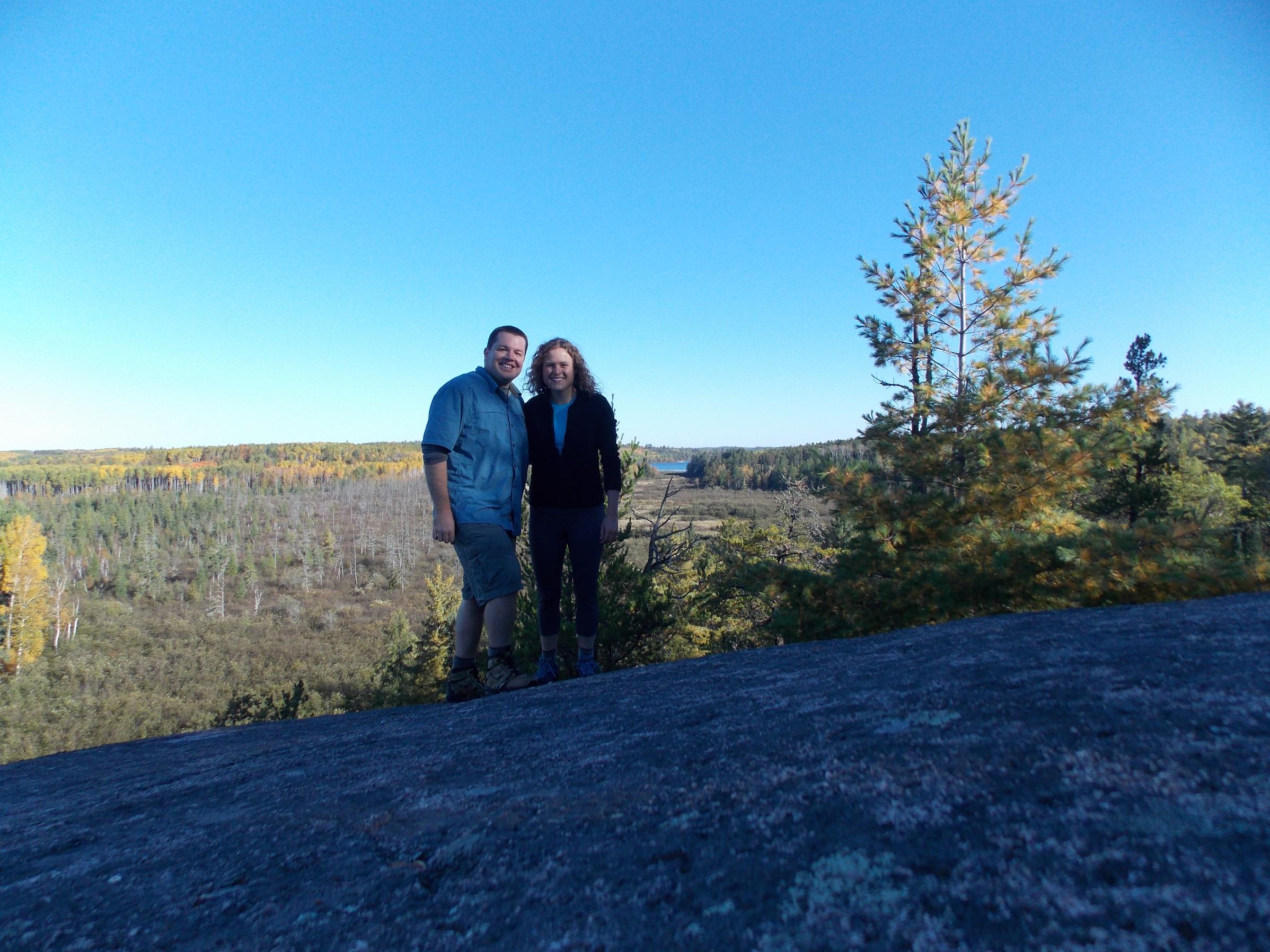 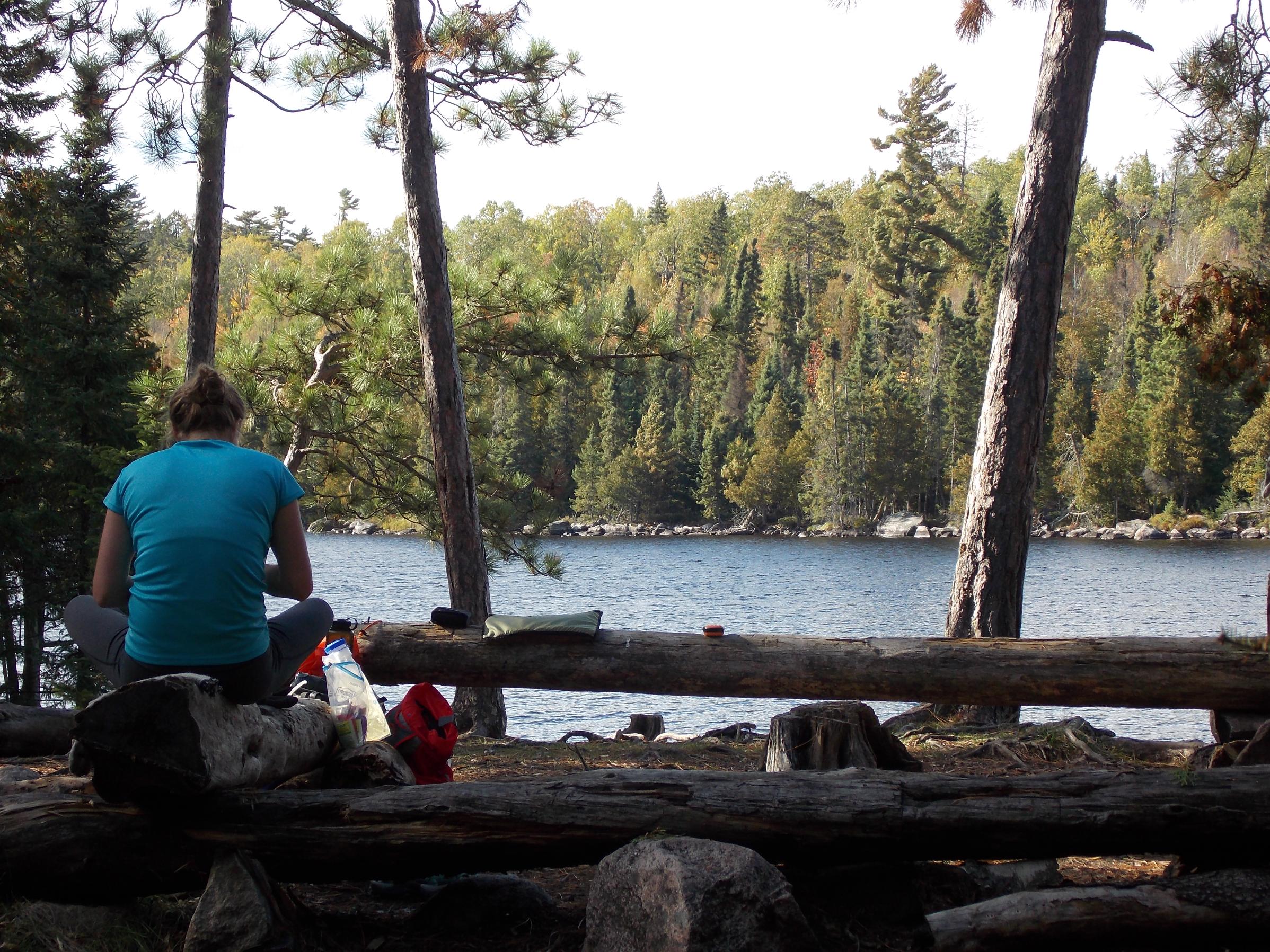