This was easy and a lot of fun. Later that day we attended a Map and Compass class with Nathan Sykes and a Fishing the BWCA in Winter seminar with Mike Kellar.

After supper in the main dining hall, the Symposium attendees were treated to Friday's keynote speaker, Bear Paulson.
"What do you on New Year’s Eve? Bear Paulsen has celebrated the past thirteen New Years in the BWCA, his sister Wendy has helped orchestrate eleven of the trips. What began as a solo trip to escape the Y2K cacophony accidentally became an annual tradition. It’s a winter camping trip like no other. Where else would you find a 12’x12’ tent with a wood stove and a floor completely lined with foam pads so that you can walk around in your socks? What other trip requires 20 sleds of supplies, lasts two or three weeks and often takes two days to setup? Join Bear for a vision of the most luxurious, yet remote winter camping trip you’ve ever seen. Participants come and go throughout the holiday season, but it's one big fun get together" (from the Winter Camping Symposium Website).
In celebration of New Year's Eve many of the guys dress up in drag and go skiing across the BWCA in dresses. A great slide show accompanied Bear's talk and kept us rolling on the floor with laughter.


Meals are a treat and I always try to sit with different people at each meal. Everyone is very open and friendly. A lot of fascinating stories are passed along at every table.

After Saturday's brunch we had to make some decisions. The day was filled with seminars to choose from, including Solo Winter Camping with Dick Pula, Winter Camping Hot with Michael Maruska, Needle Felting with Lisa Banning and Karen Ender, Woodstove Basics with Brian Maruska, Shirt Patterning with Kevin Kinney, Long Handled Axe Basics and Safety with Glen Hooper, Okpik with Scott Oeth, CCS Chopper Liners with Dan Cooke, Knife Sheaths with Brian Gustad, Sleep Systems with Tim Marshall, Snowshoe Lacing and Repair with Greg Wilcox, Love Life and -20 below with Scott Oeth, a Tent Tour with Duane Lettig and Ryan Fox, Winter Camping Food with Earl Swenson, a Winter Camping Media and Book discussion hosted by Matt Raske, Basic Land Navigation with Nate Pfeiffer, a Toboggan Tour and discussion with Chad Nelson and a Fire Skills seminar with Ben Piersma and Jeff Geer.


Obviously we couldn't see everything so my son-in-law and I split up for the day. He attended seminars he was interested in and I did likewise.

After Saturday's supper, we were treated to a great keynote presentation by Kie and Dave Marrone of Lure of the North.

"Last winter in mid-February Lure of the North and a group of 7 others traveled 100km from "rail-to-rail" over the continental divide on the historic Missinaibi River. En route we faced storms, deep snow, thin ice, and an increasingly tight schedule. This trip was part of Lure's "Explorer's Club" - i.e. a trip in a remote region that has not been previously scouted - and this certainly added a sense of adventure and heightened emotions to the trip. An already special outing was made even more so by the inclusion of Garrett Conover to the group who has served as a mentor-at-large to Dave and Kielyn through his (and Alexandra's) book and teachings. Join us in exploring the solitude and adventure of the mighty Missinaibi wilderness!" (From the Winter Camping Symposium),


Kie and Dave are inspiring and unique in what they do. It was a pleasure to get to know them and I look forward to following their adventures in the future. It's on my bucket list to go on one of their trips.

I asked Dave Marrone how he managed to find such a lovely young woman who was willing to pull a toboggan. He blushed a little and said that he was "one lucky guy!"


After the keynote address, the attendees retired to the main building where we were treated to a little beer and some great music performed by The Last Revel with special guests The Dead Horses.

Looking forward to next year. I came away with new friends, some new gear and a renewed enthusiasm for the joys of winter.
I forgot to mention that there were vendors galore selling their goods at the Symposium including

It was especially rewarding to be able to hang around and talk with people who have similar interests.
As my friend Brian Maruska is fond of saying, the spirit of the Winter Camping Symposium can be summed in four words.........."Wool........Wood smoke........and Weirdo's"
See you next year if the Good Lord is willing. 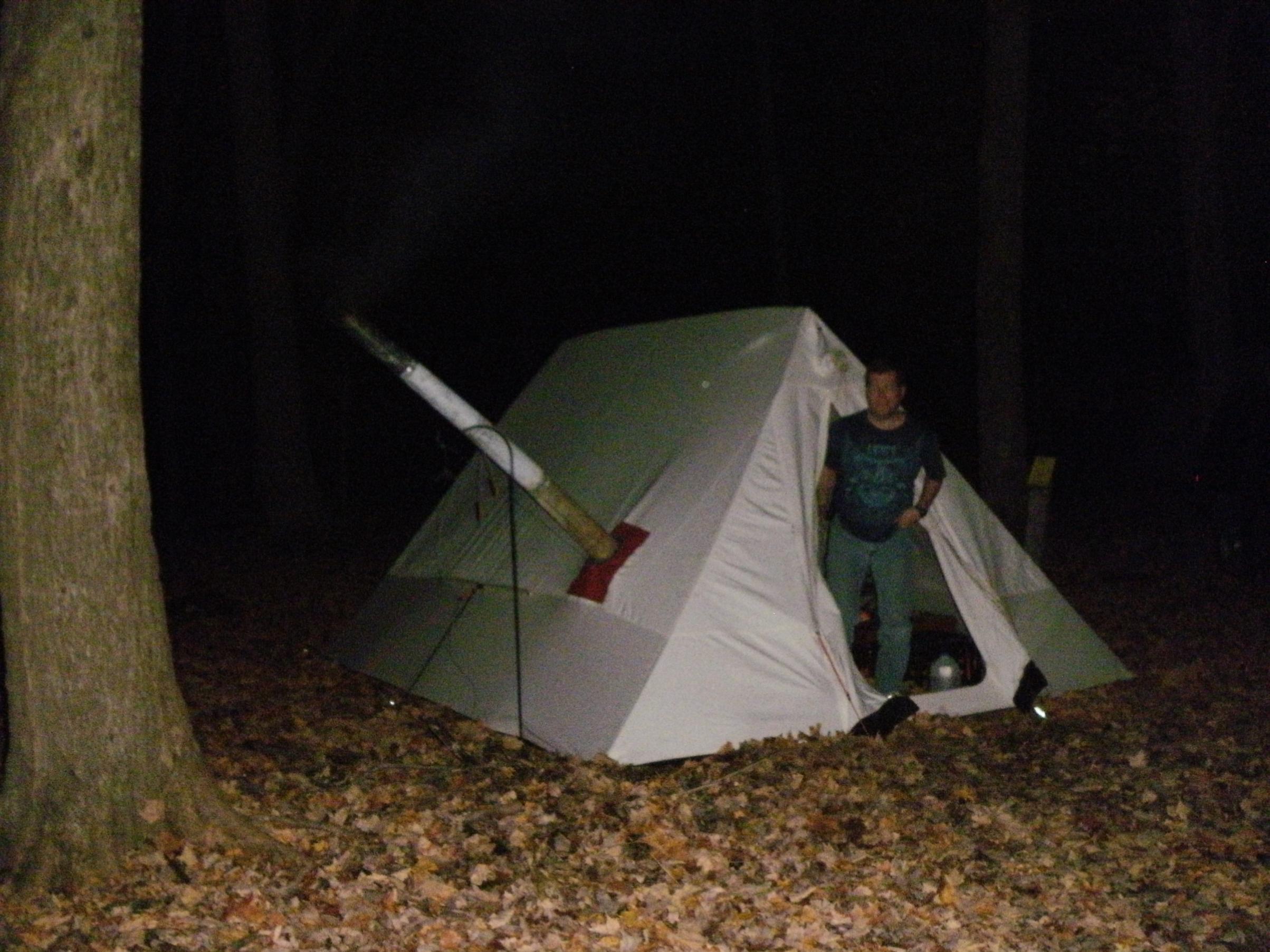 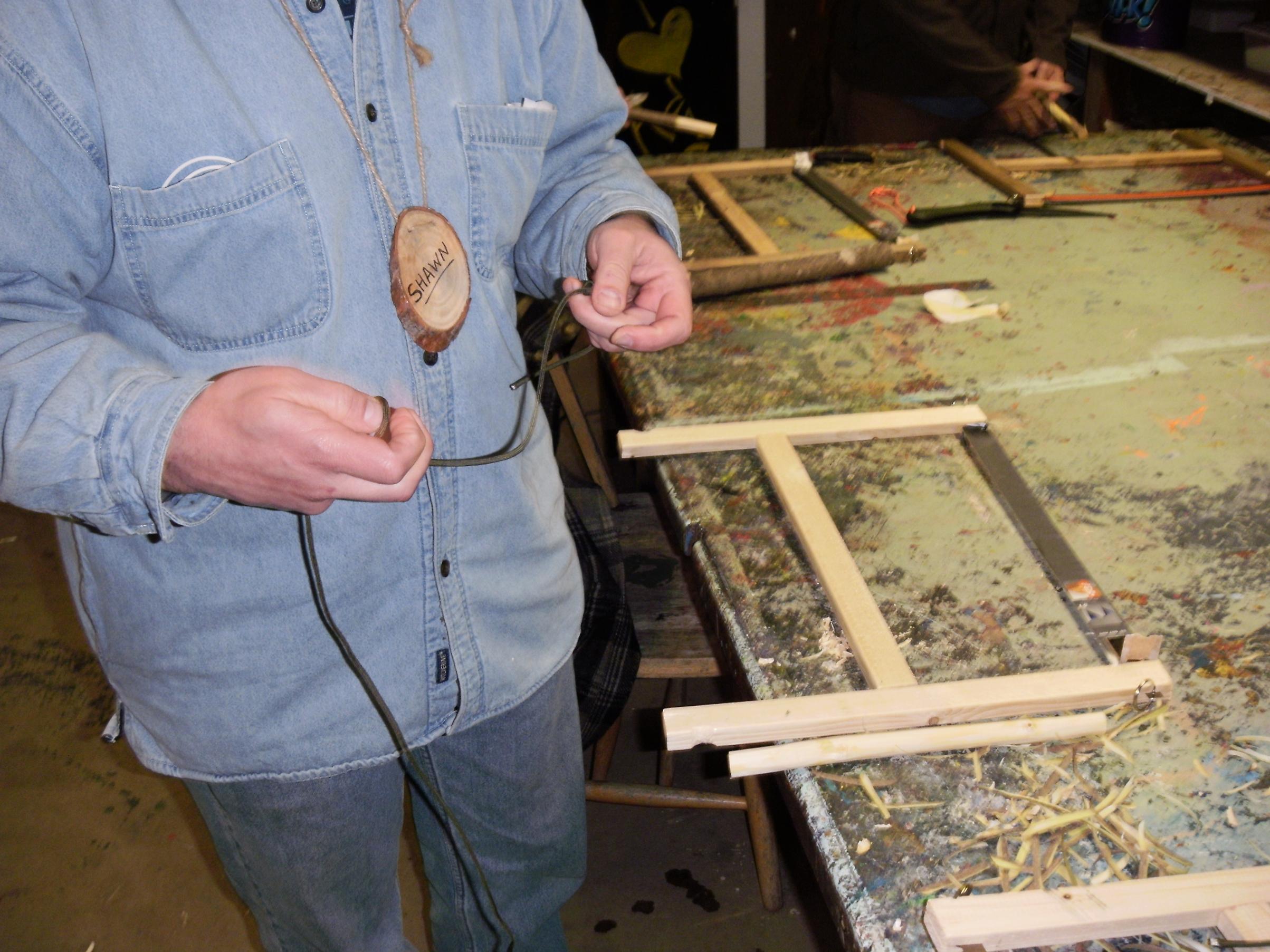 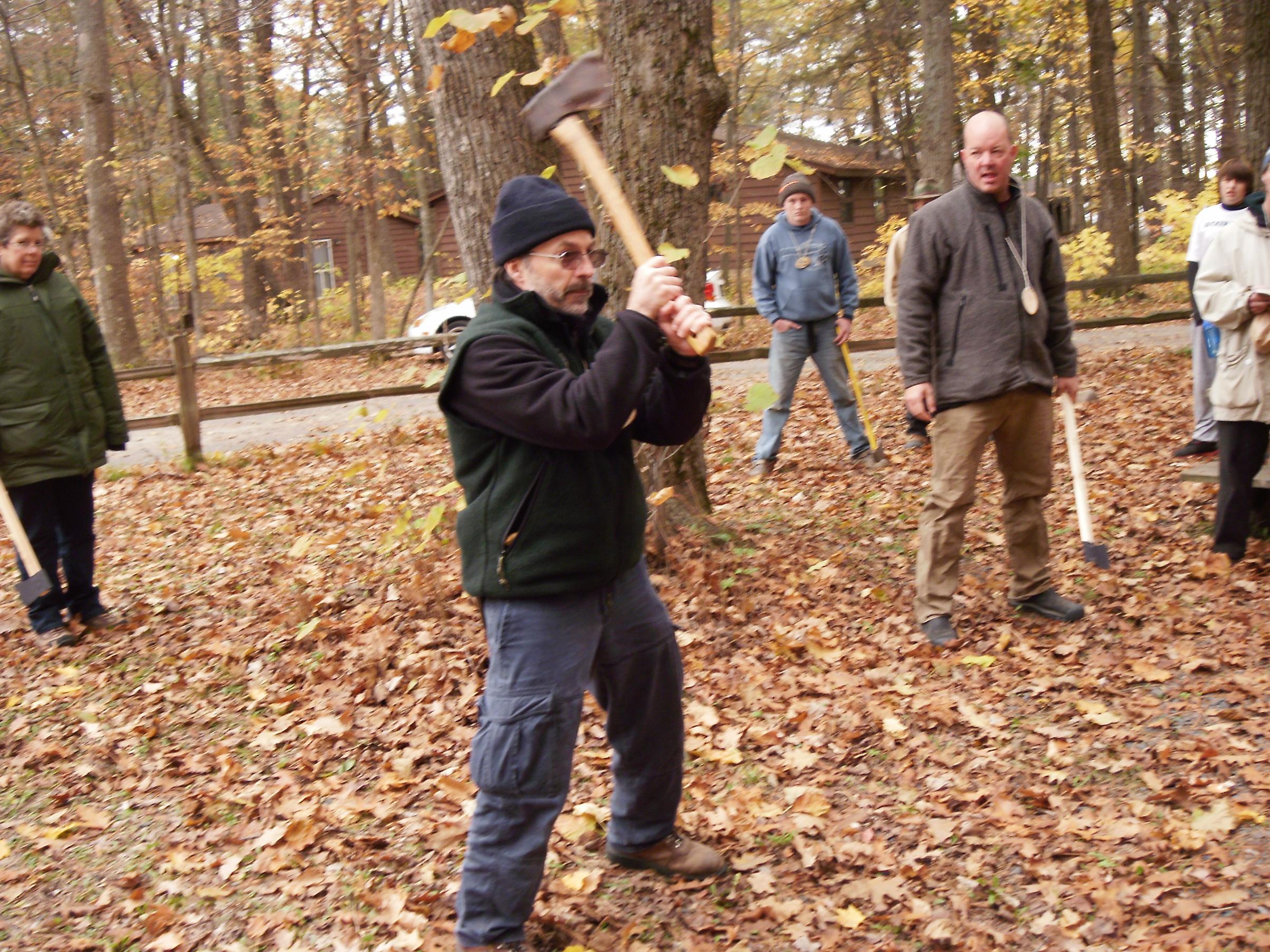 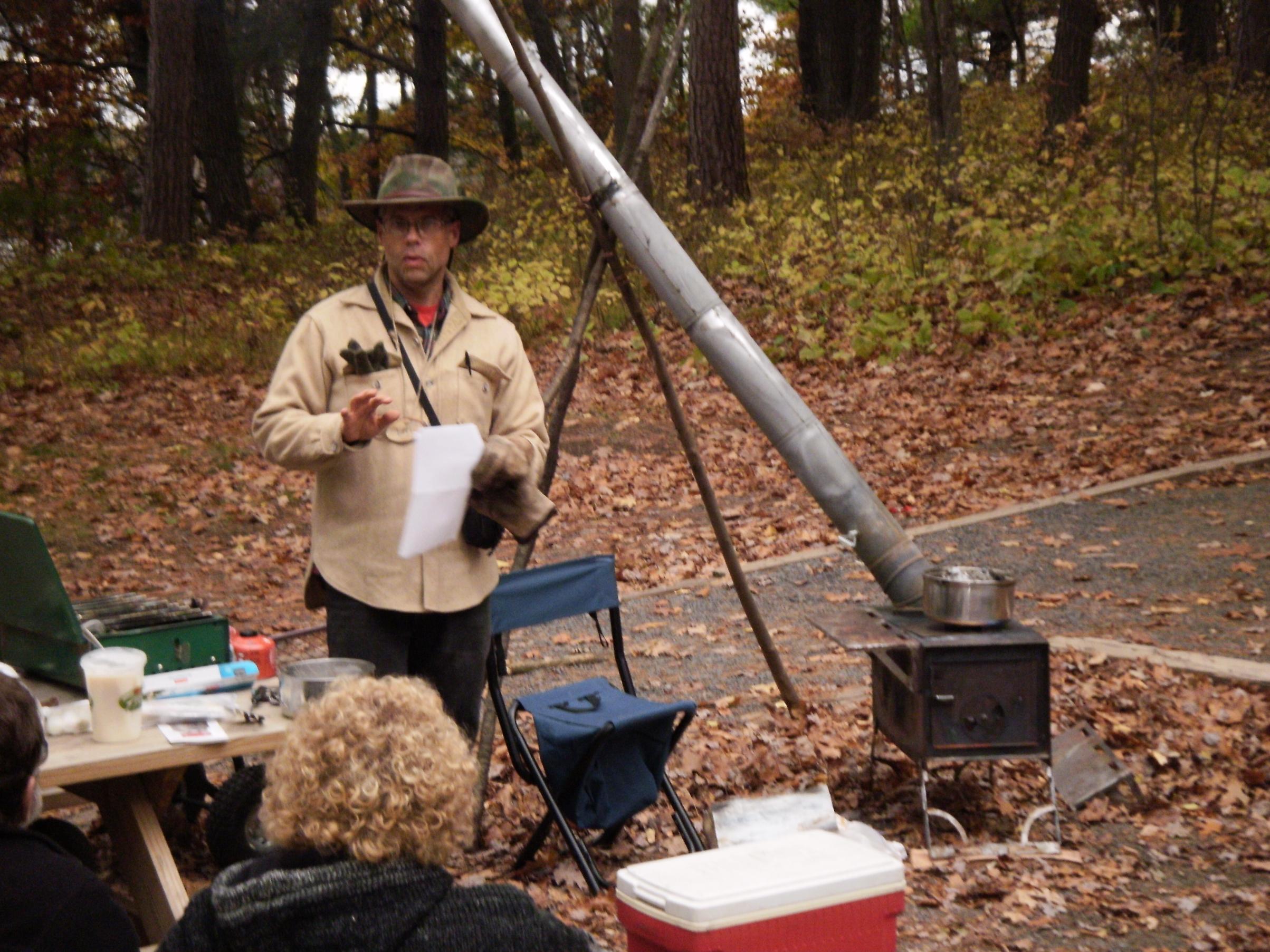 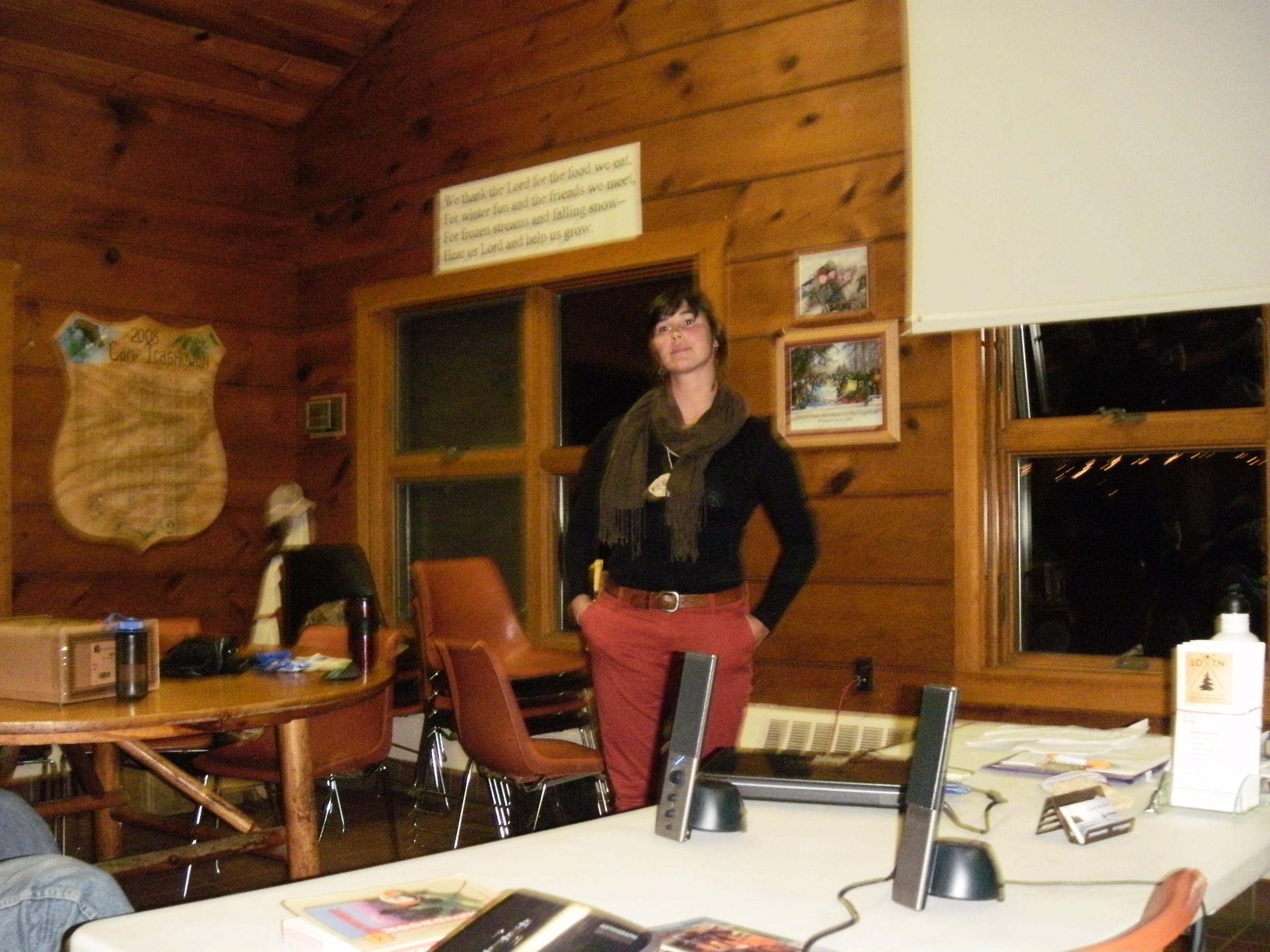