WHAT DO YOU WANT TO DO IN WOODLAND CARIBOU?
by Sawvivor

Trip Type: Paddling Canoe
Entry Date: 07/04/2013
Entry Point: Other
Exit Point: Other
Number of Days: 8
Group Size: 2
Trip Introduction:
This is a story about an adventure with my canoeing buddy Greg, who is a skilled adventurer with a passion for the outdoors. My name is also Greg; I have been to the BWCA four times and wanted to take the canoeing adventure to the next level. Woodland Caribou Provincial Park (WCPP) was presented to me by Greg back in January 2013. We met up for lunch in the Twin Cities and before we could even order, Greg took out a map of Woodland Caribou and opens it up on the table. I was very intrigued by the adventure presented to me and by the time lunch was over, I said to Greg…”If today was July 3rd, I would be packed and ready to go!” The months that followed were exciting and filled with ideas, goals, and the question; “What do you want to do in Woodland Caribou?” If you have some time, I would like to tell you my story.
Discuss Trip: View Discussion Thread (19 messages)
Day 1 of 8
Thursday, July 04, 2013

Words of advice, no matter how much planning goes into a canoe trip, you always take too much gear! We arrived on Crown Land for the entry point to Onnie Lake. It was a rocky road into the park by truck that took us from Red lake, Ontario to Onnie Lake entry point. We unloaded our gear, canoe, and camping wits and made our way through the first portage that was 350 meters long. A third of the way was set up with a deck pathway which was a very inviting way to start out the first portage. Now, Greg and I had been up and on the road since 3:00AM and it’s now 2:00PM on July 4th. The packs were too heavy and so I was able to put some items back in the truck. No matter how much planning during the off season we did, our packs were still too heavy. Really wish I would have kept that bag of Reese’s Pieces!

First portage down and we are on the water, paddling to the second which is an easy 50 meters. Now onto the third portage which is 625 meters. While paddling along the creek I heard Greg moving the pack around and then I heard a sigh that turned into “Oh shit”. This couldn’t be good and I turned around to investigate. Greg’s GPS with a carabineer had slipped off the pack and into the water. The creek was shallow but the bottom was very murky and our paddling had already stirred up the water. We went over the spot a few times but could not locate the GPS - good thing we had a backup. Greg had just got that GPS a few years ago and had a route planned out on it. No matter, we still had the topical Woodland Caribou maps to guide us along. Paddling over to the third portage, we get out of the canoe and stretch our legs and prepare for the journey ahead. I take up the canoe and head into the forest. There was a huge snow down last October so the trees were down across the trail. Luckily for us, Harlan and his crew at Red Lake Outfitters had been very busy this spring and carved a path for travelers. 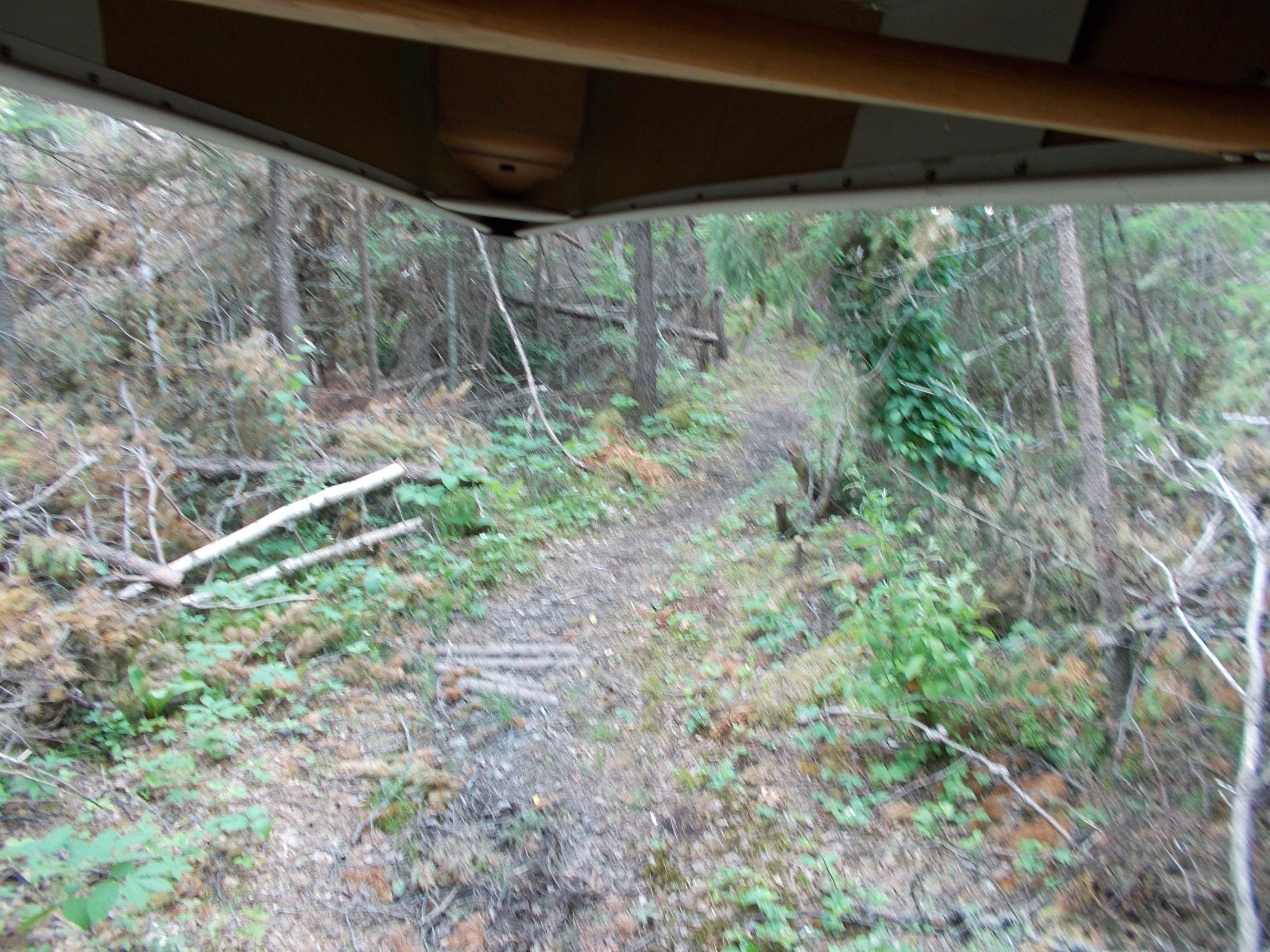 Half way into the portage and there is a stream running over the trail with a log and a good foot hold on a rock, I was able to pass through without slipping. The last 50 meters dip down into a marsh and I was immediately greeted by mosquitoes. Got the can in the water and headed back through the portage. My shoulders were burning and it wasn’t from the sun! I met up with Greg, who was still on his 1rst trek over the portage. He said “halfway?” He looked like he had run a marathon. Greg was carrying fishing poles a life jacket and his Duluth #3 pack. I got back to the start and took up my Duluth #4 with the tent inside. This time the 625 portage bit back at me. Climbing up the steep path set my legs on fire. I yelled out a grunt and kept going. Thinking to myself “packs are too heavy”. Nearing the end I’m greeted by Greg and he is unable to go back for the last pack. I took my time walking back to the start for the food pack and I finally made it to the start. Looking around I make an observation, it was extremely quiet and not a sole in sight. Picking up the food pack and taking a few steps, I staggered and thought how I could muster this pack 625 meters. I kept pushing myself, grunting and yelling even louder than before. This was a grueling portage, now that we conquered it! We both decided not to travel any further that day and took the nearest campsite. There was a grand island in front of us and we approached it like two thirsty people walking in the desert looking for a water source. Except this island was no mirage! Upon discovering it was vacant we decided to set up camp for the night. There was a path that wound around and led us up to the top of island where there was a fire pit and a place to set up the tent. We were camping atop of the island and what an awesome view. We cooked chicken breasts and mashed potatoes for supper. I was in charge of the chicken and cooked it on a grill over an open fire. Needless to say the fire was to hot and I ended up burning the chicken. It was charred! Greg’s piece of chicken was not cooked through all the way and I was immediately demoted to dishwasher! The main thing was that we were out in the wilderness. Although tired from the first day out, there was no other place I would’ve rather been at the moment. Heard a few cracks of thunder and saw a few lightning bolts. We went into storm preparation mode and got all our packs under a tarp. The storm just missed us that evening and we could see the rain from a distance. Good, I didn’t feel like getting wet today. We went to sleep in the tent listening to the thunder rolling in the distance. 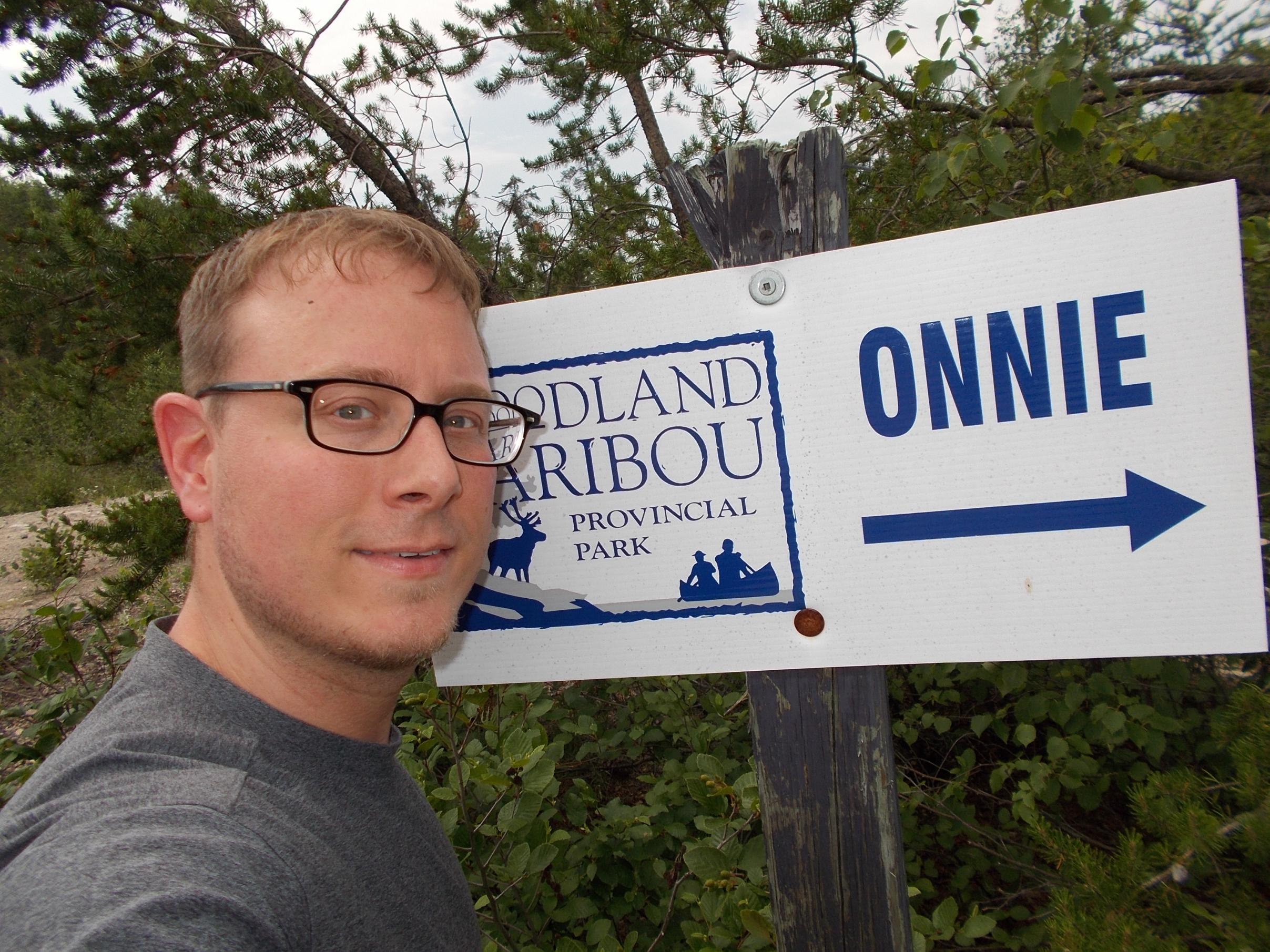 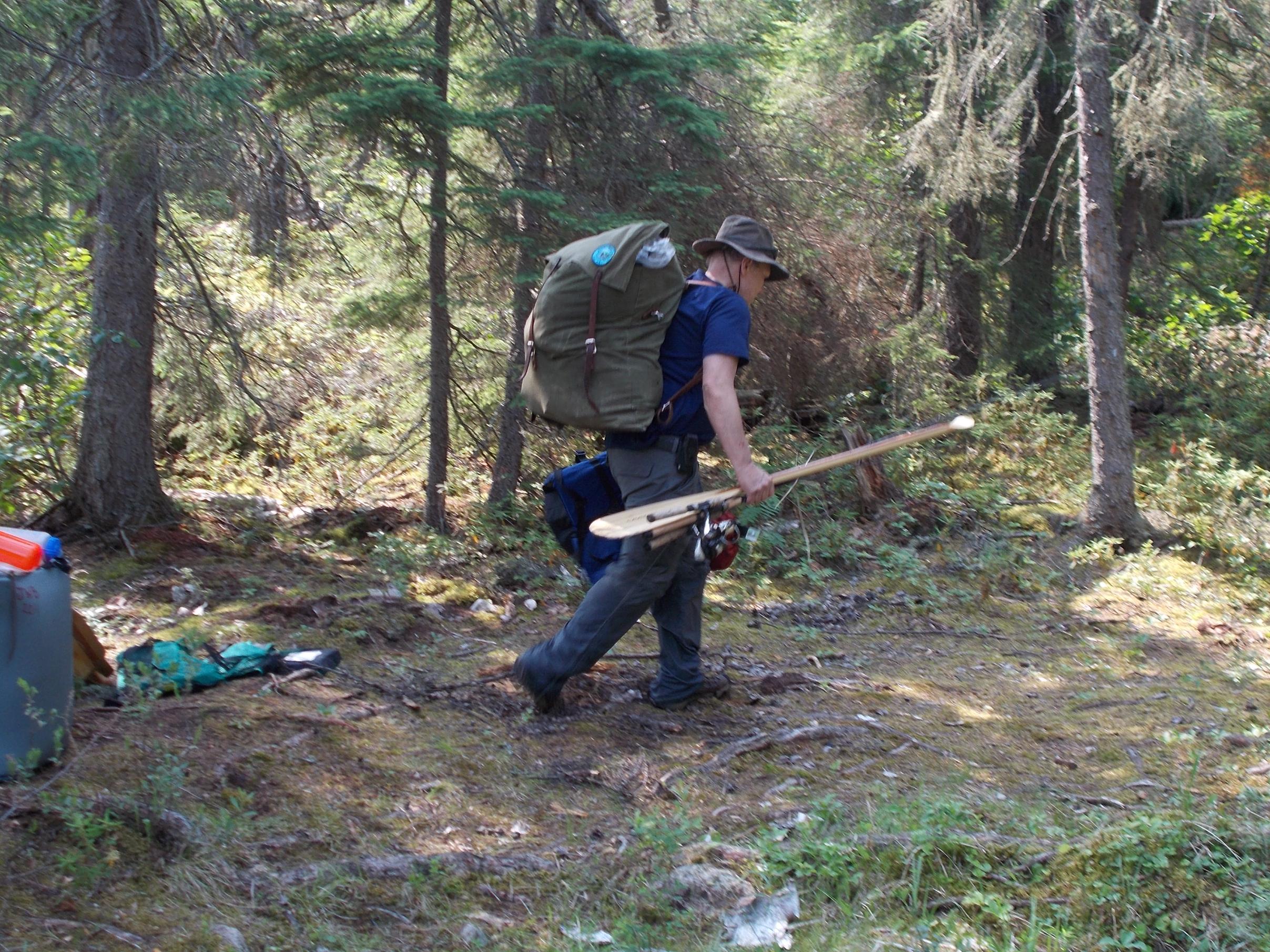 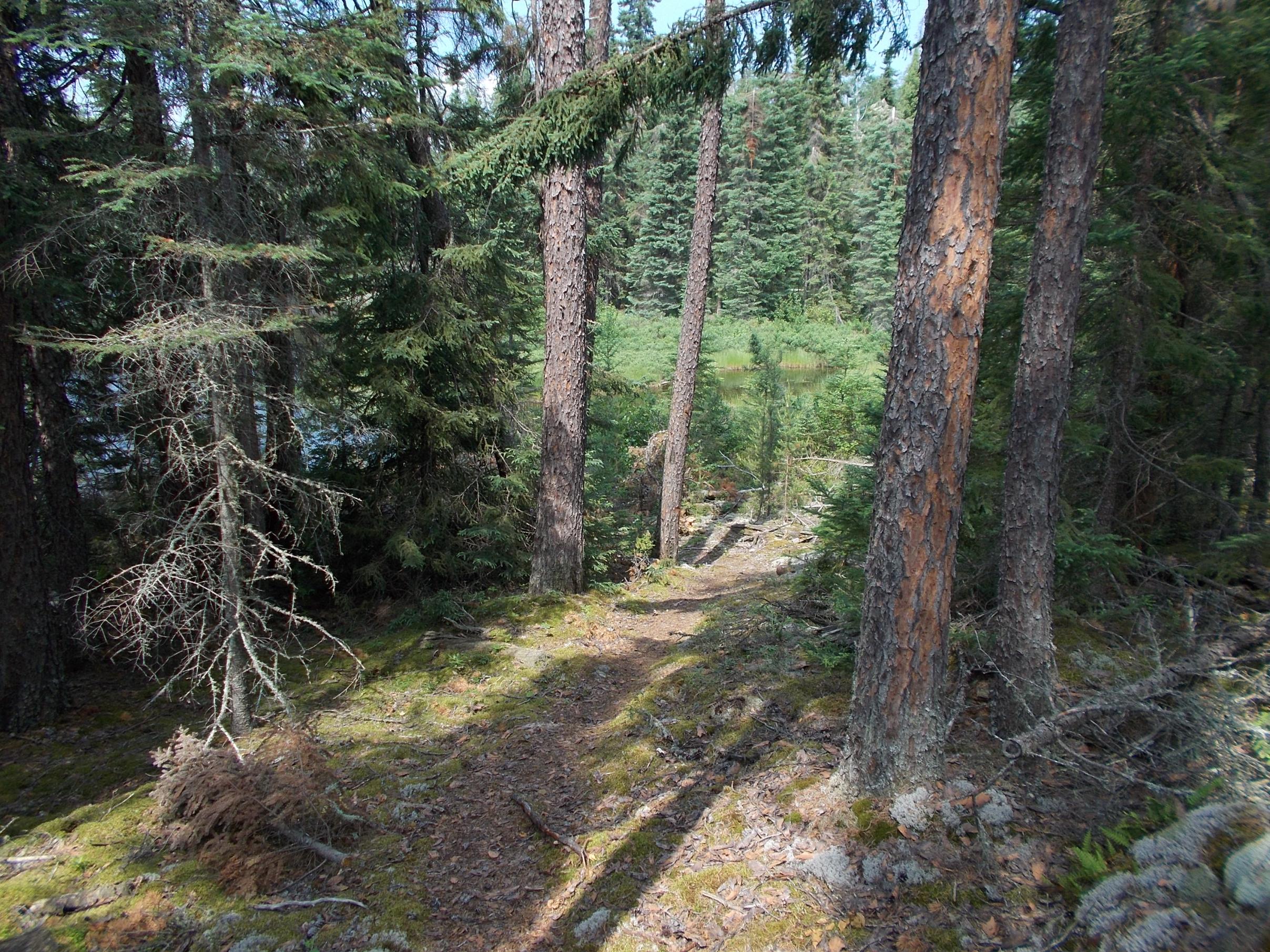 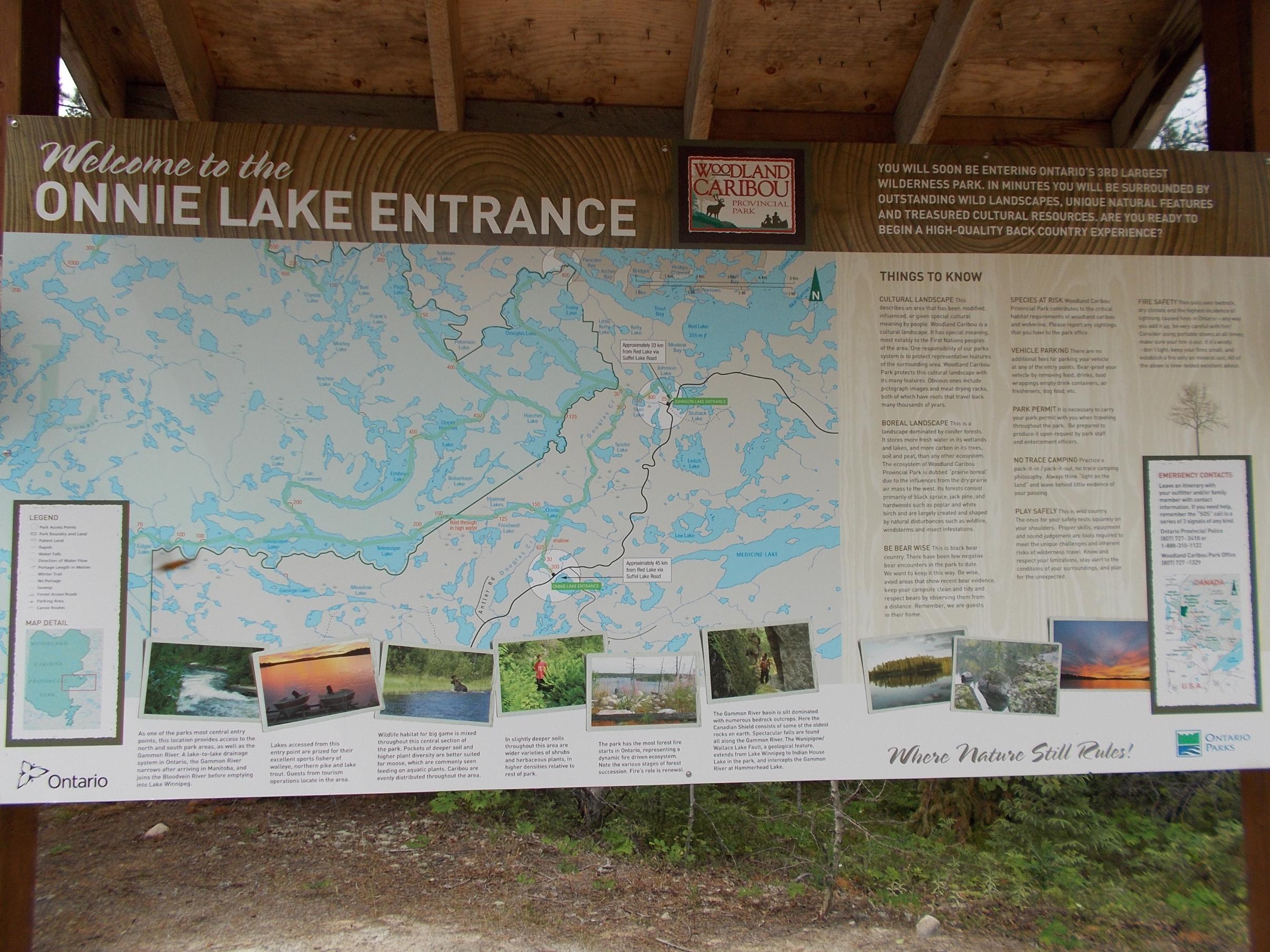 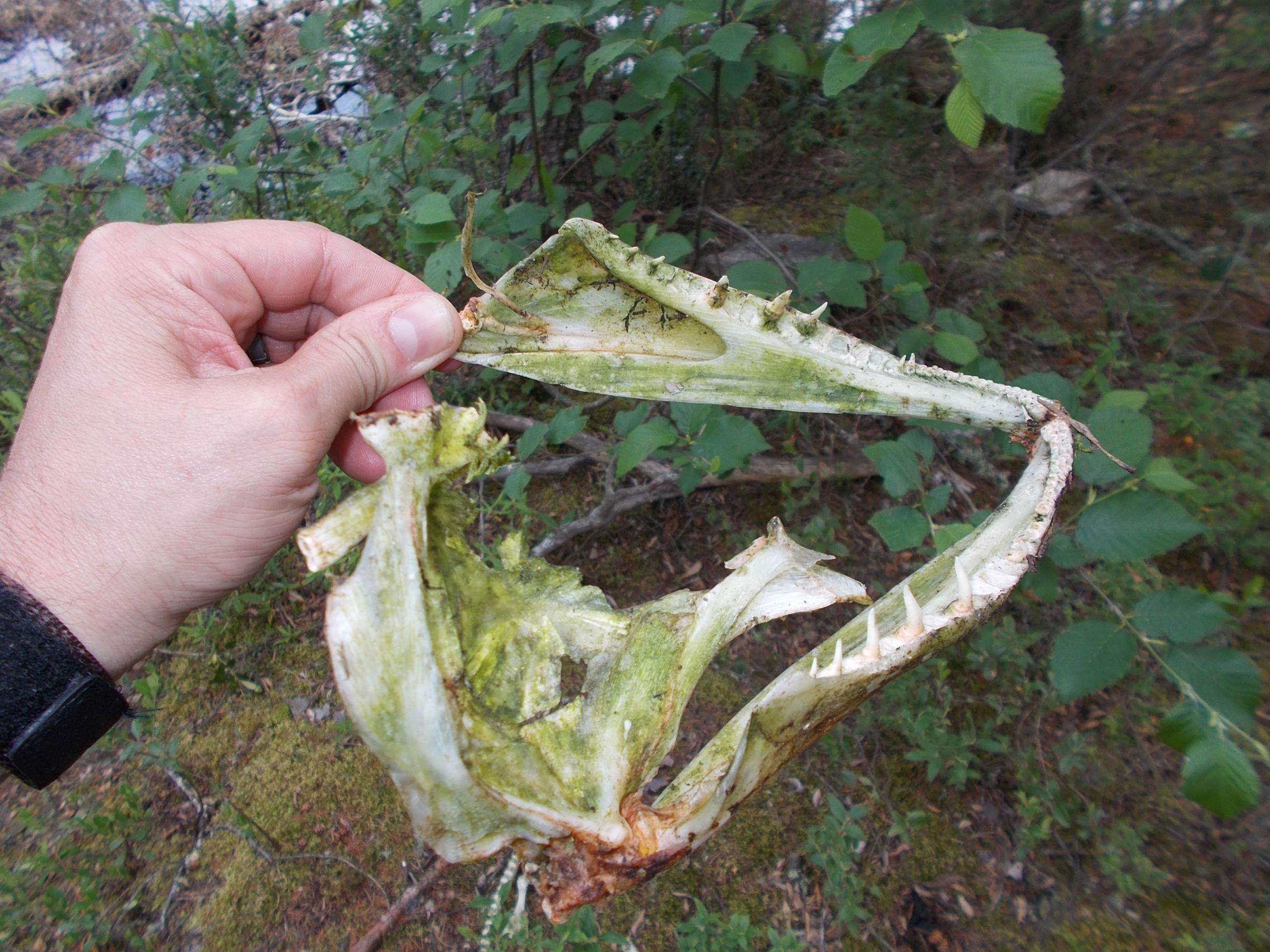 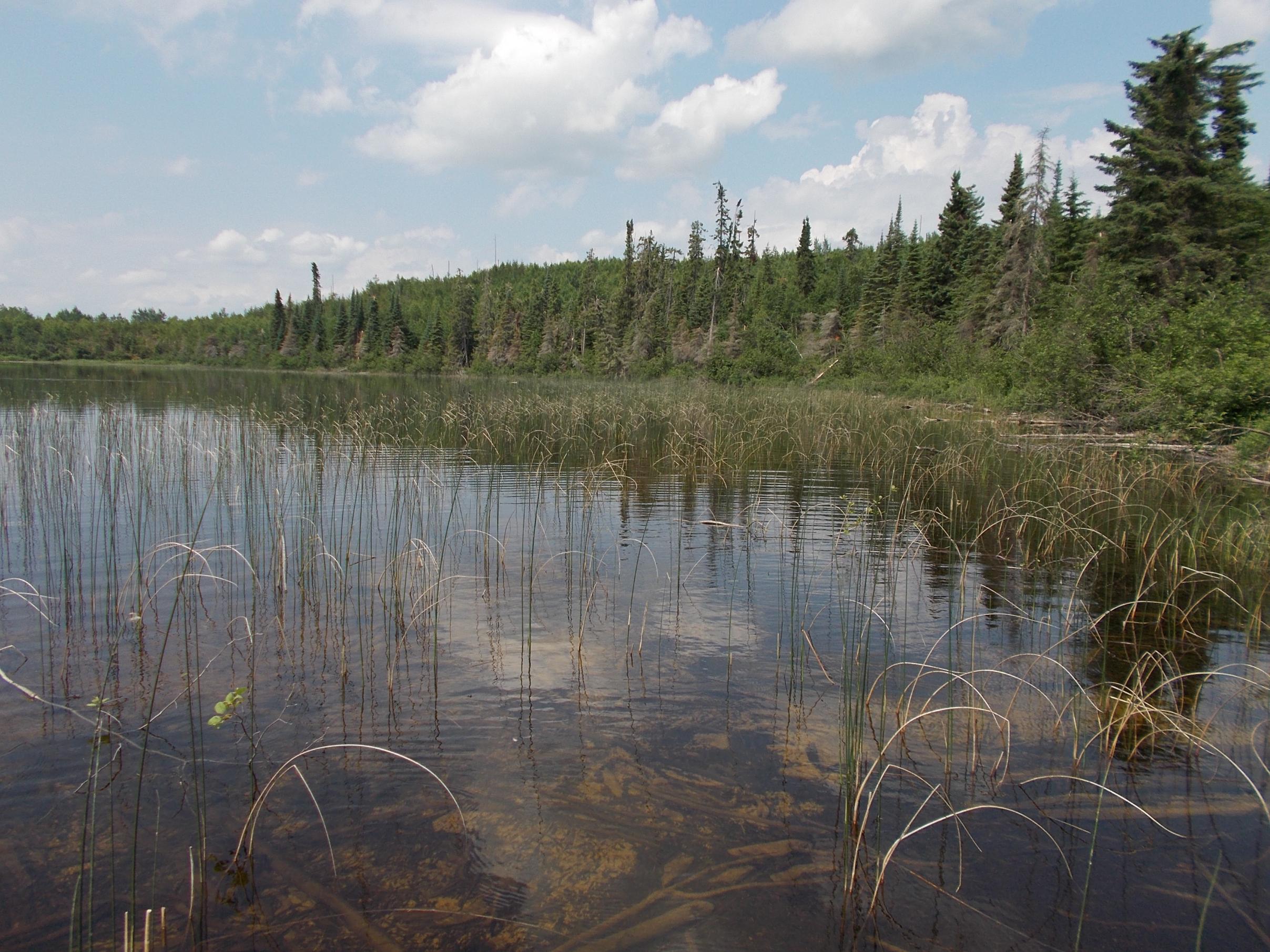 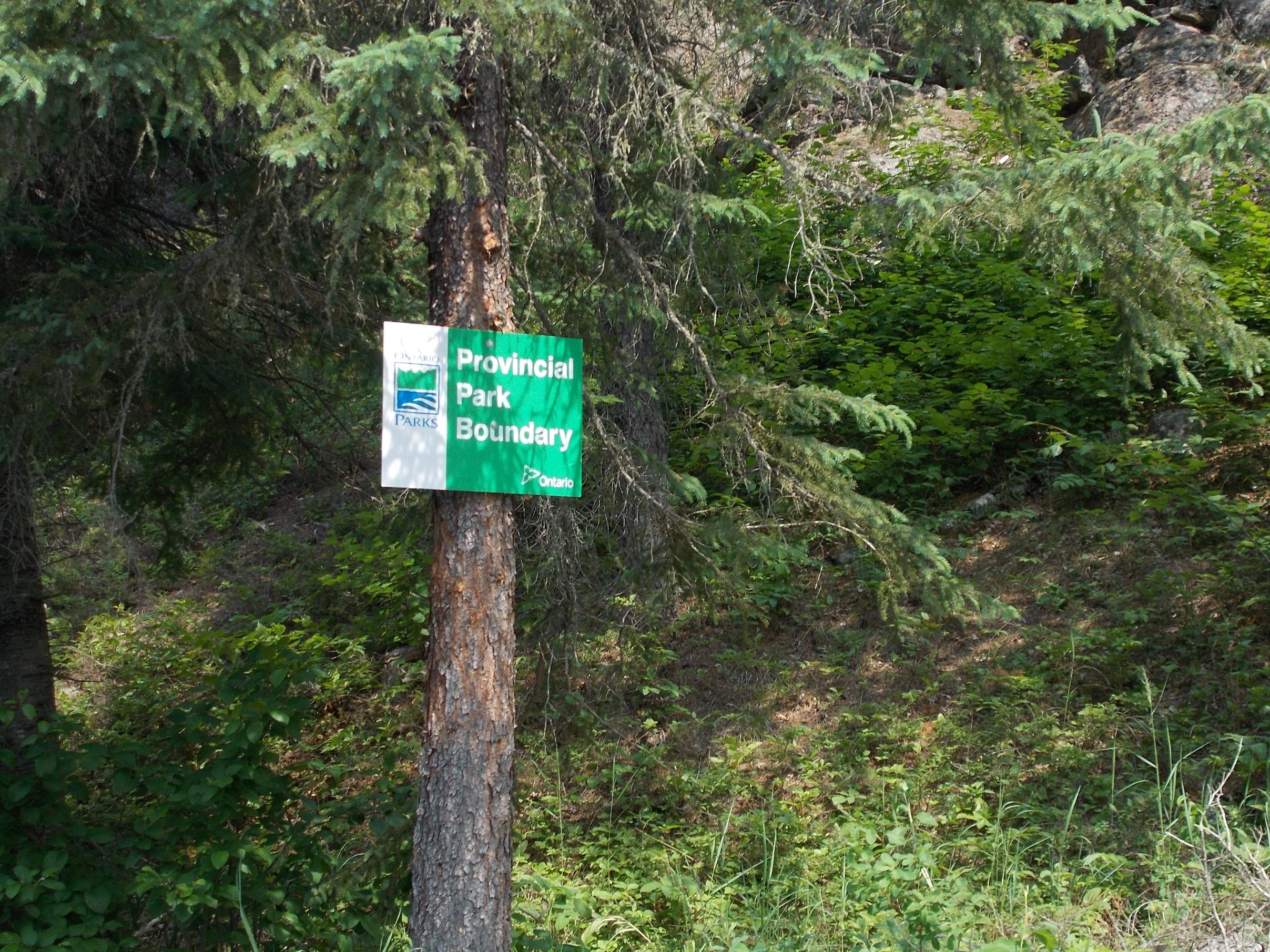 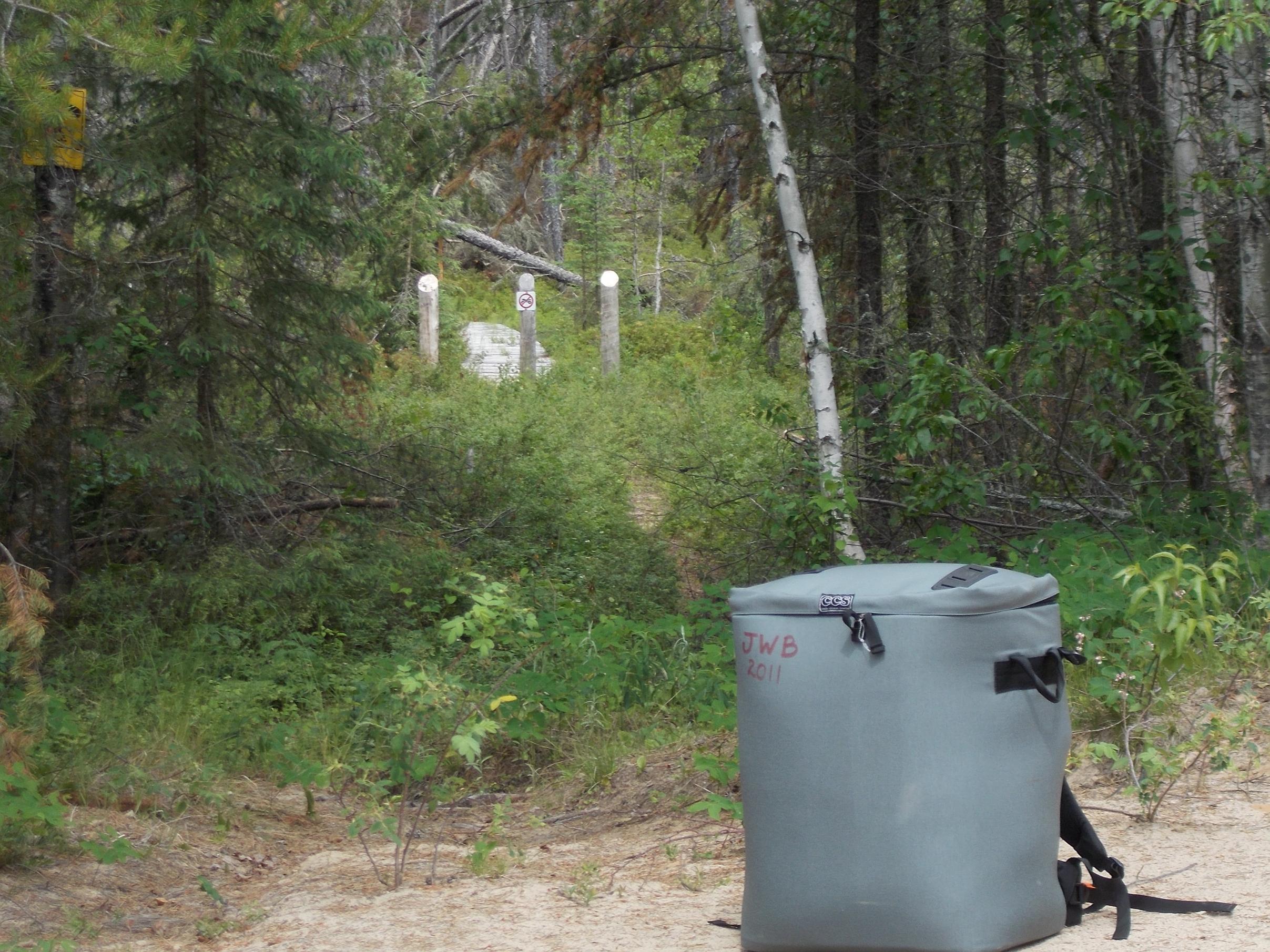