Lake One to Hudson Island
by jquast34

Trip Type: Paddling Canoe
Entry Date: 06/05/2013
Entry & Exit Point: Lake One (EP 30)
Number of Days: 4
Group Size: 9
Trip Introduction:
We had a group of 9 heading up from the Twin Cities and Saint Cloud. Some of us had been to the BWCA before, a couple of us were first timers. We stayed in a cabin at Kawishiwi Lodge which was perfect. All we had to do in the morning was wake up and walk 20 ft to the Lake One shore and begin our expedition.
Discuss Trip: View Discussion Thread (5 messages)
Day 1 of 4
Wednesday, June 05, 2013 We got a somewhat early start. We had a few more beers than anitcipated the night before so it was a slow start. We were paddling by 9am. The portages were all pretty easy. We went from Lake 1 to 2 to 3 to 4 pretty smoothly. On Lake 4 one of our canoes tipped. The bow man was reaching for something behind him. Early June isn't the ideal time to take a swim since there was still ice on the lake a couple weeks before. They both played "tough" but we all knew they were cold. We paddled and portaged to Hudson and decided to camp on the Island. Our original intention was to try to make it to Insula, but I didn't want to risk them getting sick or worse. If it was a nice sunny day things would have been different but it was windy and rainy so we stopped to dry out. I didn't hear any complaints about not making it to Insula so I think everyone was tired of paddling after 7 hours, myself included. Set up camp, fished a bit and drank ourselves to sleep. 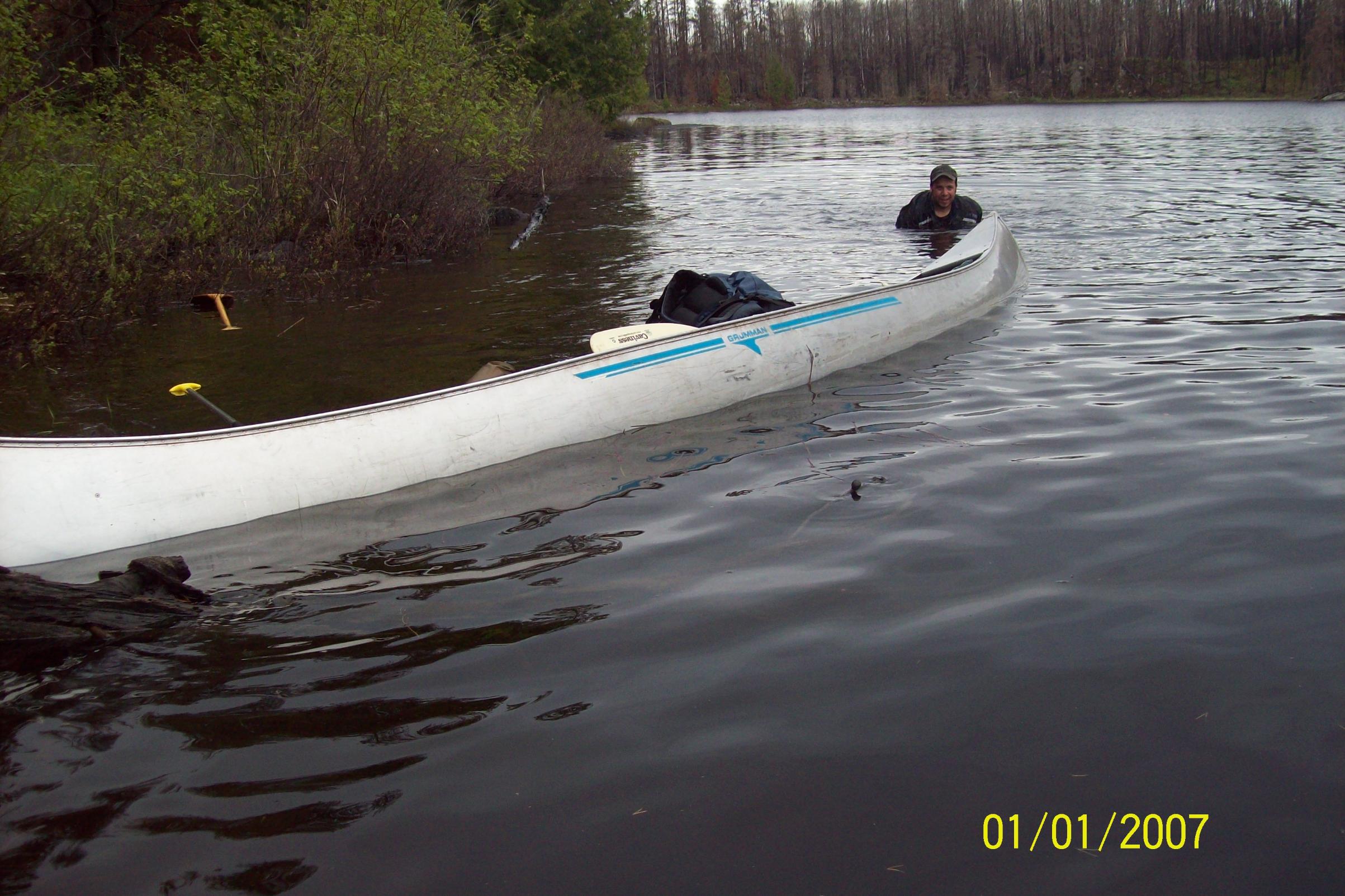 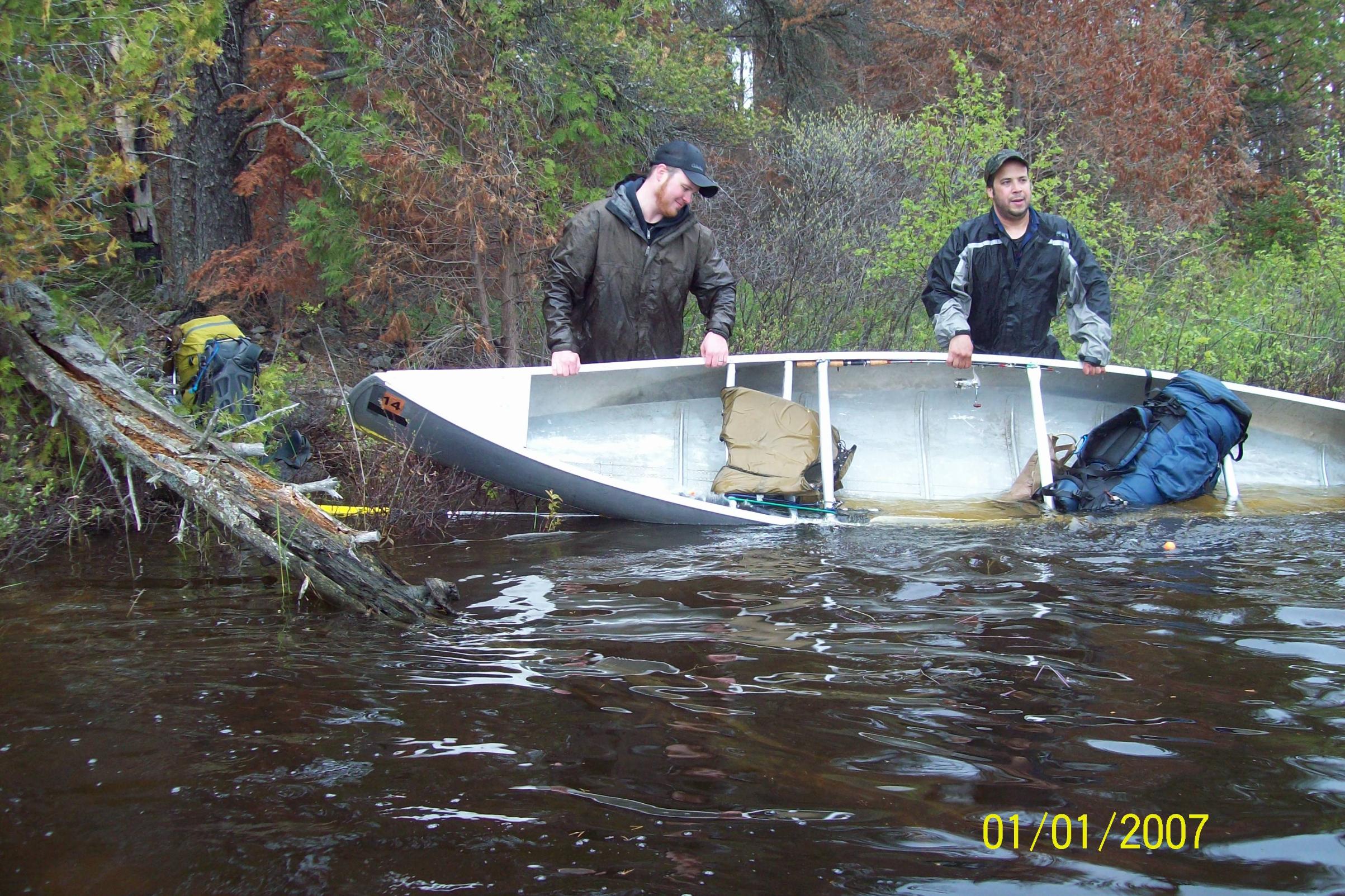 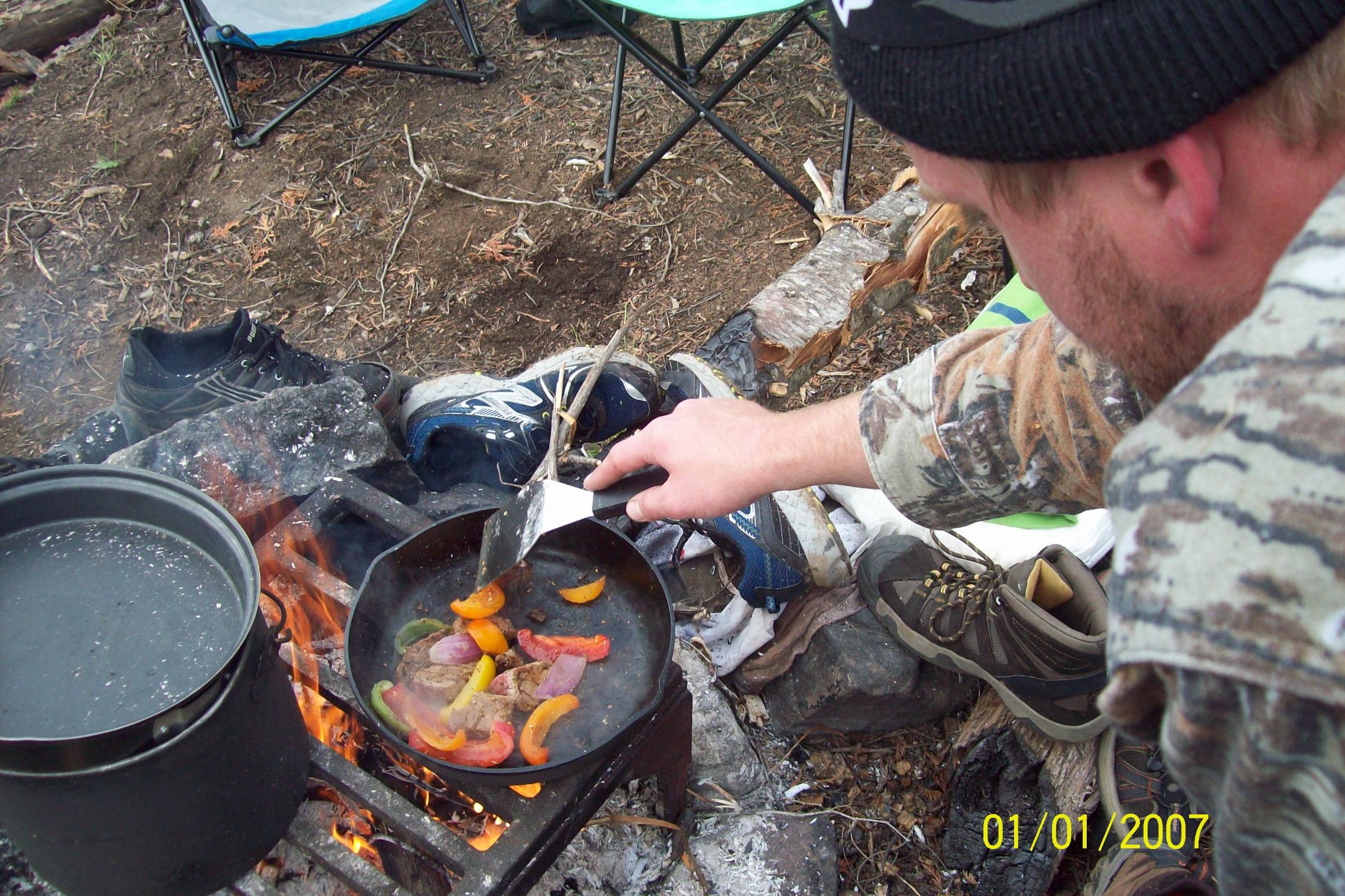