Up until this point, my hip was holding up well. Dave was shouldering the burden of the heavy packs and the canoe so as not to take any chances that I would fall or overtax the healing bone. We knew we would encounter a lot of people on this popular route, but we were longing for some solitude as well. We examined our maps and decided to take a little detour to Davis Lake. We hadn’t researched anything about the portages or the lake itself, so things could potentially get interesting…and they did.

We ate our lunch for breakfast so we could get packed up and on the way early. The plan was to cook breakfast for lunch when we made camp a few hours later. From our maps, we knew that first long portage had some elevation change and the second portage was looooong. The 20 rod portage out of Long Island Lake was rocky and rugged – an ankle buster. There was an easy pullover on the creek. Muskeg Lake is pretty and its one campsite was open. We pushed on to the 185 rod portage. That was a rapid uphill climb with a couple of “I think this is the top” false peaks. The final climb was brutal.

On the way down and near the end we met a group of four guys from Madison. One commented on how tough this part of the portage was. I was thinking the worst was coming from the other way going up. Dave tackled the portage in steps, starting with carrying both packs. He dropped one pack half way and continued on with the other to the end. With the portage scoped out, he went back for the canoe and planned to rest part way and pick up the other pack for the trek down.

It was a short paddle across Kiskadinna to the 305 rod portage to Davis. Audrey and I set off on the portage ahead of Dave. It was muddy and rocky, with two crossings of the same creek. Dave’s plan was to take one pack and canoe about half way and leave both, returning for the second large pack. Audrey and I bumbled on as the trail seemed to close in around us. We navigated piles of moose poop on the trail. I started to think we had taken a wrong turn somewhere. We waited in an open spot and listened for Dave. After a while, we moved on without hearing him. Soon enough we spotted shoe prints in the mud, so I knew we were on the right trail. Dave caught us and passed us about 2/3 of the way. We were thrilled to see the end of the portage, but it’s tough to celebrate when you know your partner has to head back and get the canoe and a heavy pack. While Audrey and I waited, she constructed wish boats out of birch bark from downed trees and sticks - a skill she learned at Girl Scout camp the previous week.

It was another hour and half before Dave arrived with the canoe and the final pack. He was spent – completely exhausted. In reflection, this was one of the tougher portages we’ve been on, made even tougher because I was not able to carry more of the load. All we could think about was making camp and getting some food! We prayed there would be an open site because Dave didn’t think he had another portage in him.

The first site on Davis on the peninsula was taken. We forged on to the only other site we knew about from our map – the eastern end of Davis was off our map, so we didn’t know if there was another potential campsite. The second option is in the western end of the lake in a burned over area (we later learned it was the Famine Lake fire of 2006). The site is wide open with one okay tent pad. The fire grate area has no sitting logs, so it was time to pull up a rock. The latrine was brand new and a fair distance from the camp. Food hanging tree? There were only a handful of trees in the whole campsite, so we’d have to make something work.

What this site lacked in the typical comforts of a BW camp it made up for in wild raspberries. They were everywhere! Looking at the time, we couldn’t believe it was already after 4. Our plan to eat lunch in camp around 1 was obviously an unrealistic one. We underestimated the difficulty of these carries into Davis given the need to double portage all of the gear. Once we rehydrated and had dinner, everyone felt better. Despite this site’s openness, we could not escape the mosquitoes. After jumping into the tent, I commented that “all sites look the same from inside a tent.”

In reflecting on this day, it ended well and we had a nice evening, but everyone was exhausted. We were proud of Audrey for toughing it out on what was a rugged and long travel day. 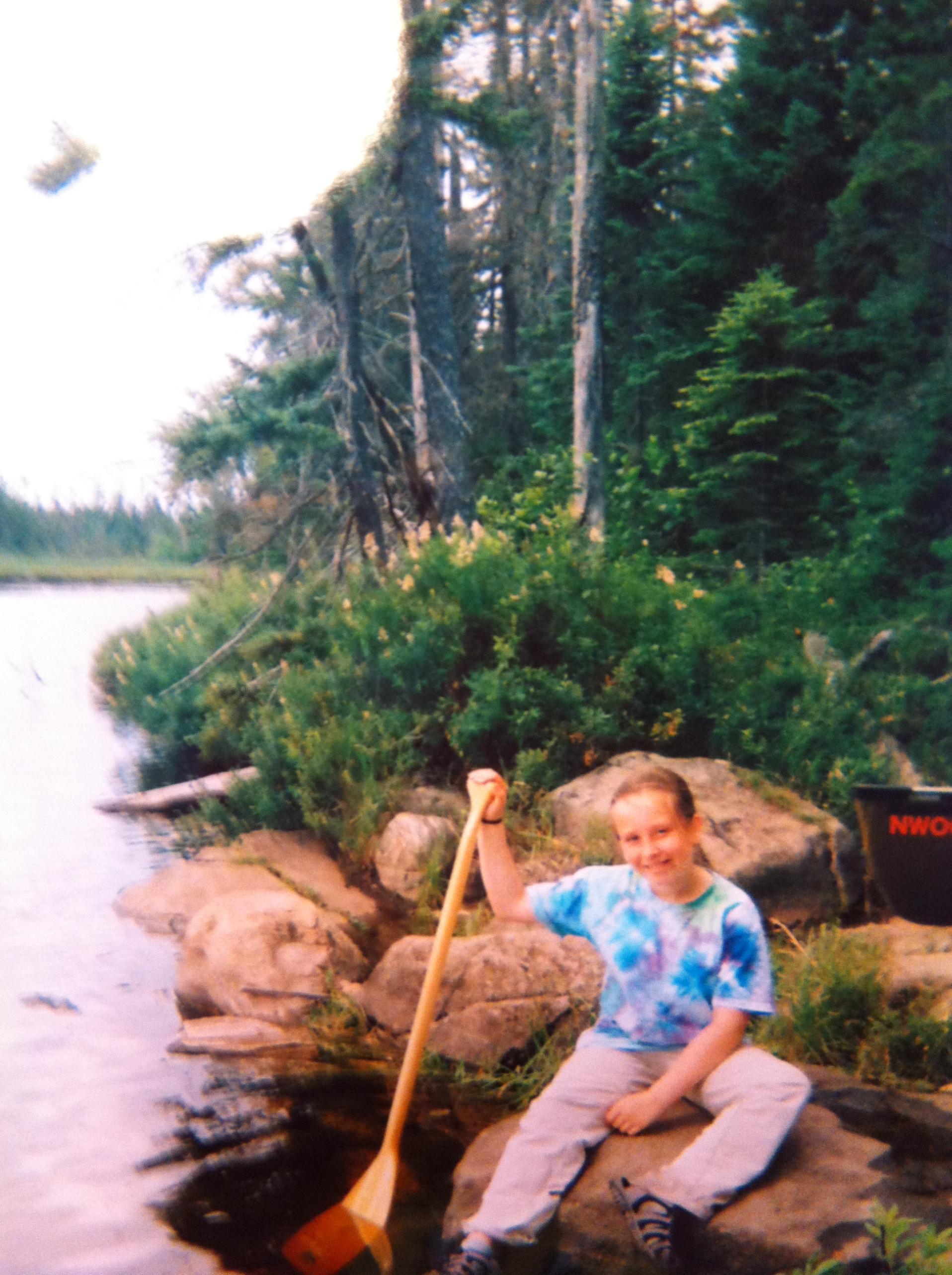 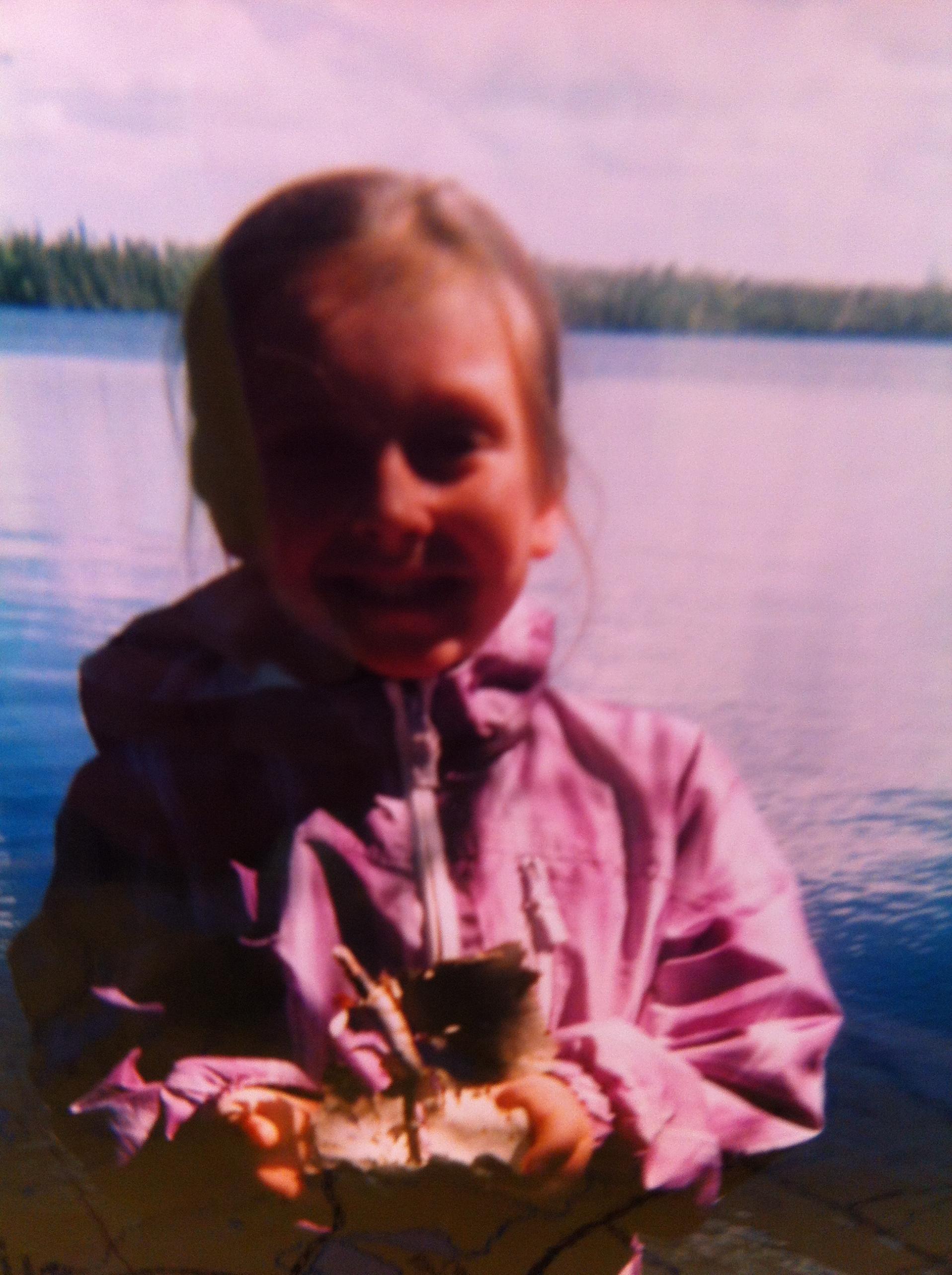