Trip Type: Paddling Canoe
Entry Date: 09/10/2005
Entry & Exit Point: Mudro Lake (EP 23)
Number of Days: 8
Group Size: 6
Trip Introduction:
There were 6 of us for our 2nd annual fall BWCAW trip. My wife, Michelle and I in one canoe, son Jesse and brother-in-law Dave in another and Billy and Charlotte in the 3rd. We had planned to do a loop from Mudro to Fourtown, Fairy...on up to Moosecamp then come back down the Moosecamp River. Well, very low water levels forced a route change. We decided on a loose itinerary and a general direction.
Day 1 of 8
Saturday, September 10, 2005

Put in at Mudro Lake, parking at the Chainsaw Sisters’ Saloon. Our route took us from Mudro to Sandpit to Tin Can Mike to Horse Lake. The portage from Mudro to Sandpit Lake was pretty steep and rocky on the backside. I’m glad we weren’t going up the hilly side! Sandpit to TCM is longer but very easy, being an old railroad bed from the logging era. A nice boardwalk keeps you from slogging through the muck on the last bit of the walk.

As we were on the portage in to Horse Lake we noticed a low flying float plane. I thought that curious, as I didn’t think they could fly that low over the BWCAW. As we set out in the canoes on Horse, we could hear aircraft noise, then all of a sudden just clearing the tree tops, a big, yellow water scooper plane rumbled over. 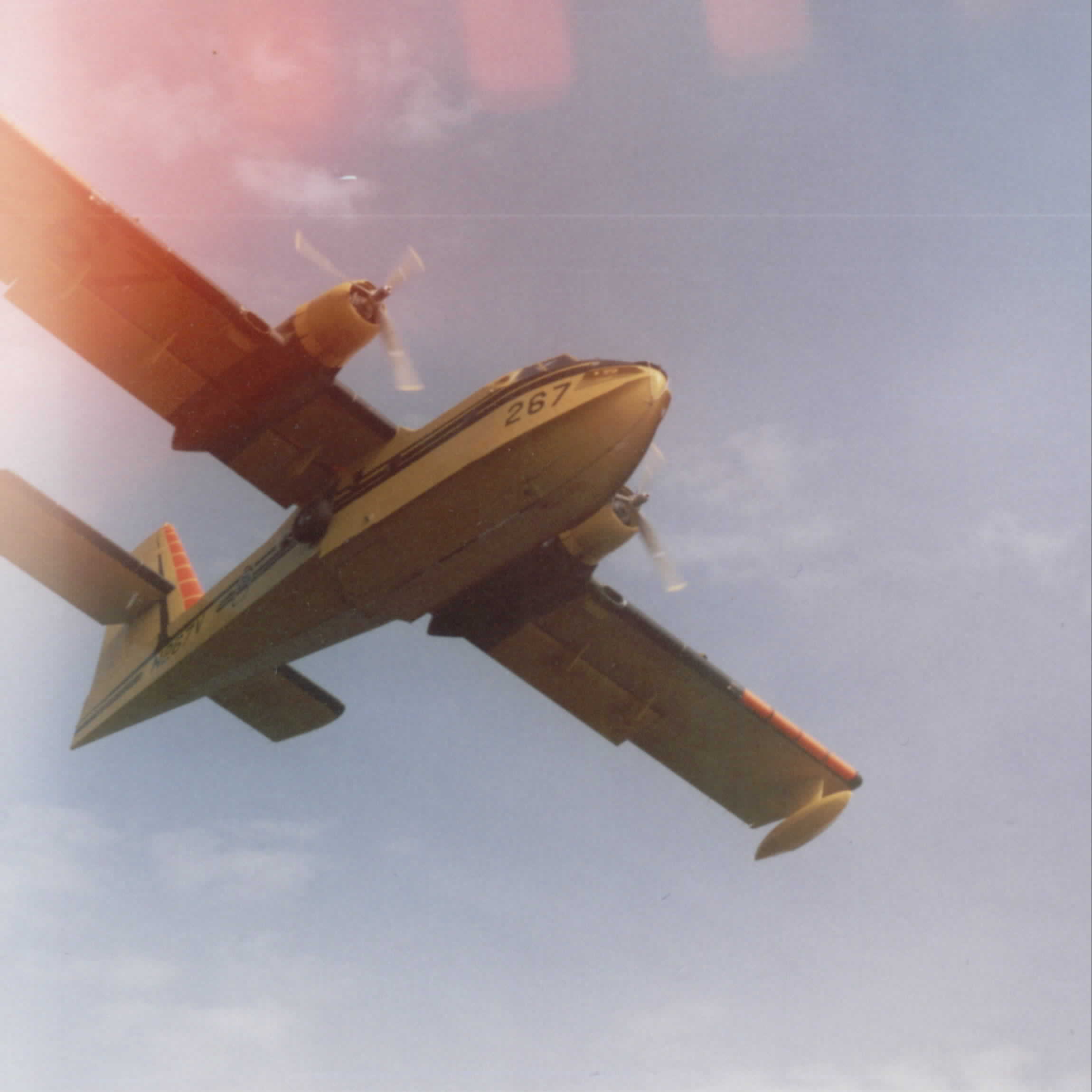 Making our way out into the lake, we watched it make numerous trips – scooping water from the middle of the lake and dumping it on a small fire at the north end of Horse Lake.

We found out later that it was a lightning strike fire that started on Friday night. There is an island with a campsite on the north end of Horse and an adjacent site on the shore. Apparently the fire started about 200 yards in from the shore campsite.

We made camp on the west side of Horse, across from where the Horse River exits. It is a pretty nice site. There was room for 3 tents in the main area and Jesse put his on a point on the back side of the main campsite area.

Saturday evening was a pig out night for dinner. We all had some sort of fresh food to cook. New York strip steaks, brats, venison steaks, baby red potatoes with fresh red and green peppers, cold milk – it made quite a feast! The night was warm and clear with absolutely no bugs! We decided to move our pads and sleeping bags outside and fell asleep watching the stars and the Northern Lights.