Duncan to Gunflint
by ManBehindThePlan

Getting an early start at Gunflint Outfitters (7am), we were driven out to the entry point for Duncan at West Bearskin. 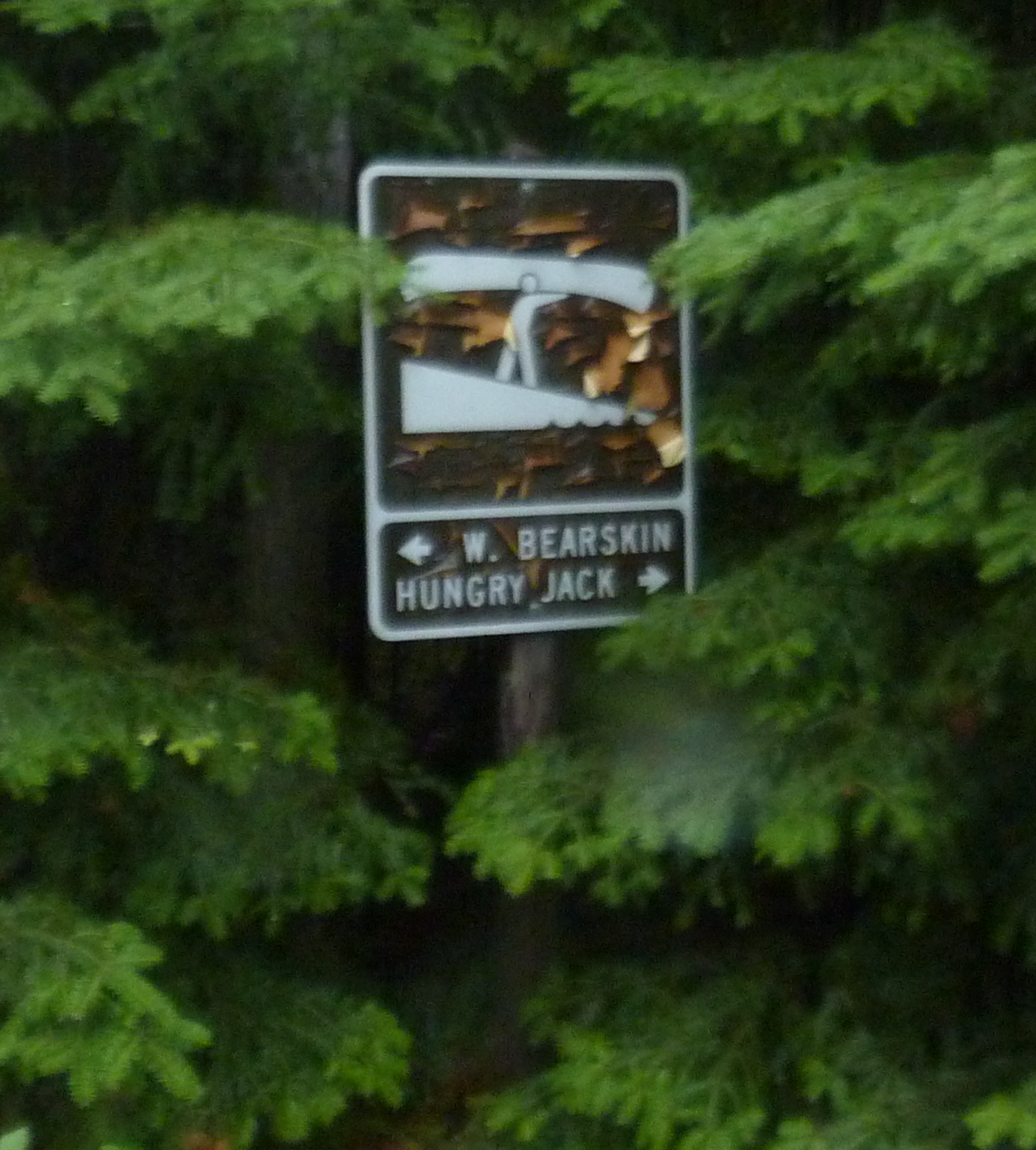 The parking lot was already quite full, which made us wonder how much of a "wilderness experience" we would have: 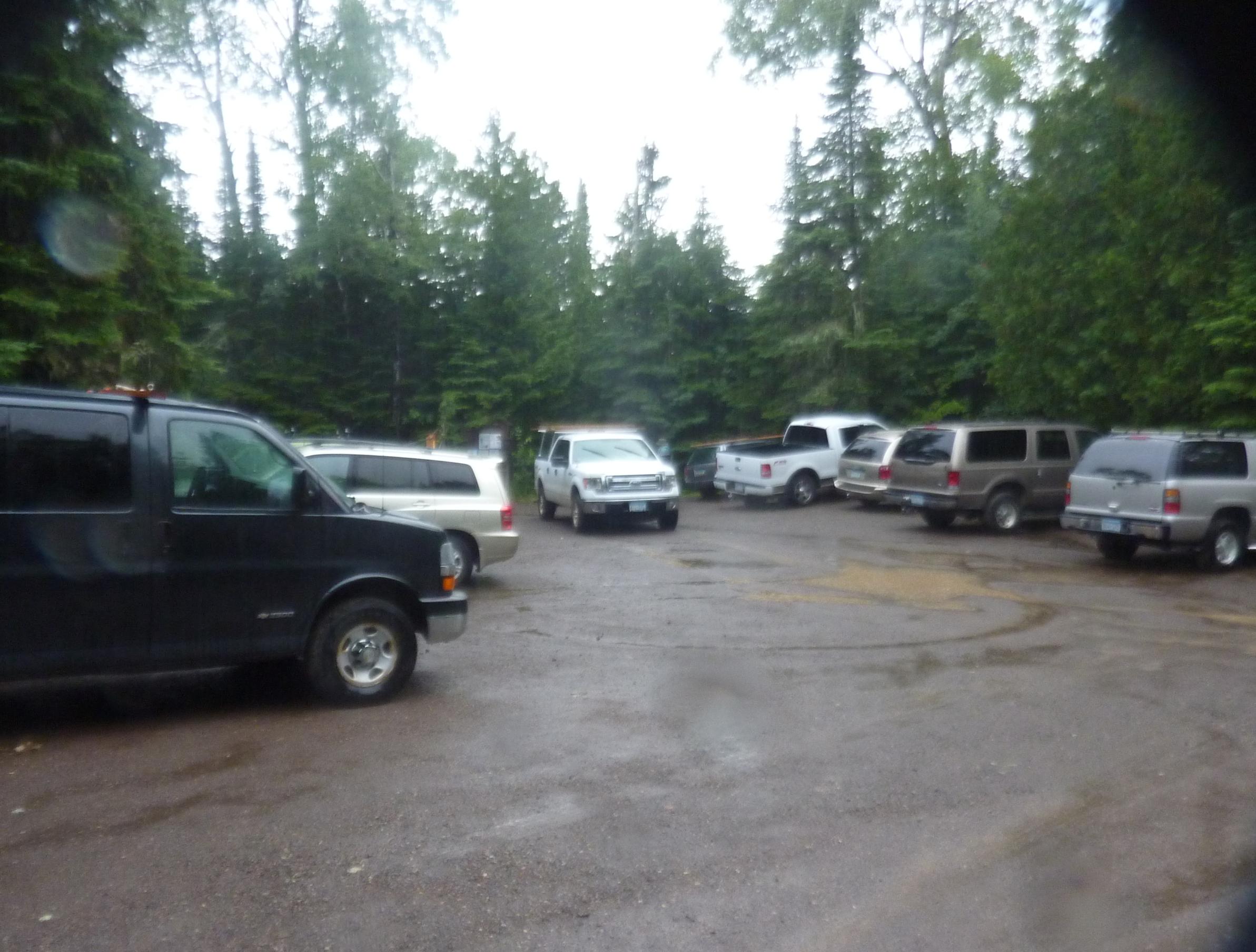 However, we shoved off into the rain, full of expectant hope: 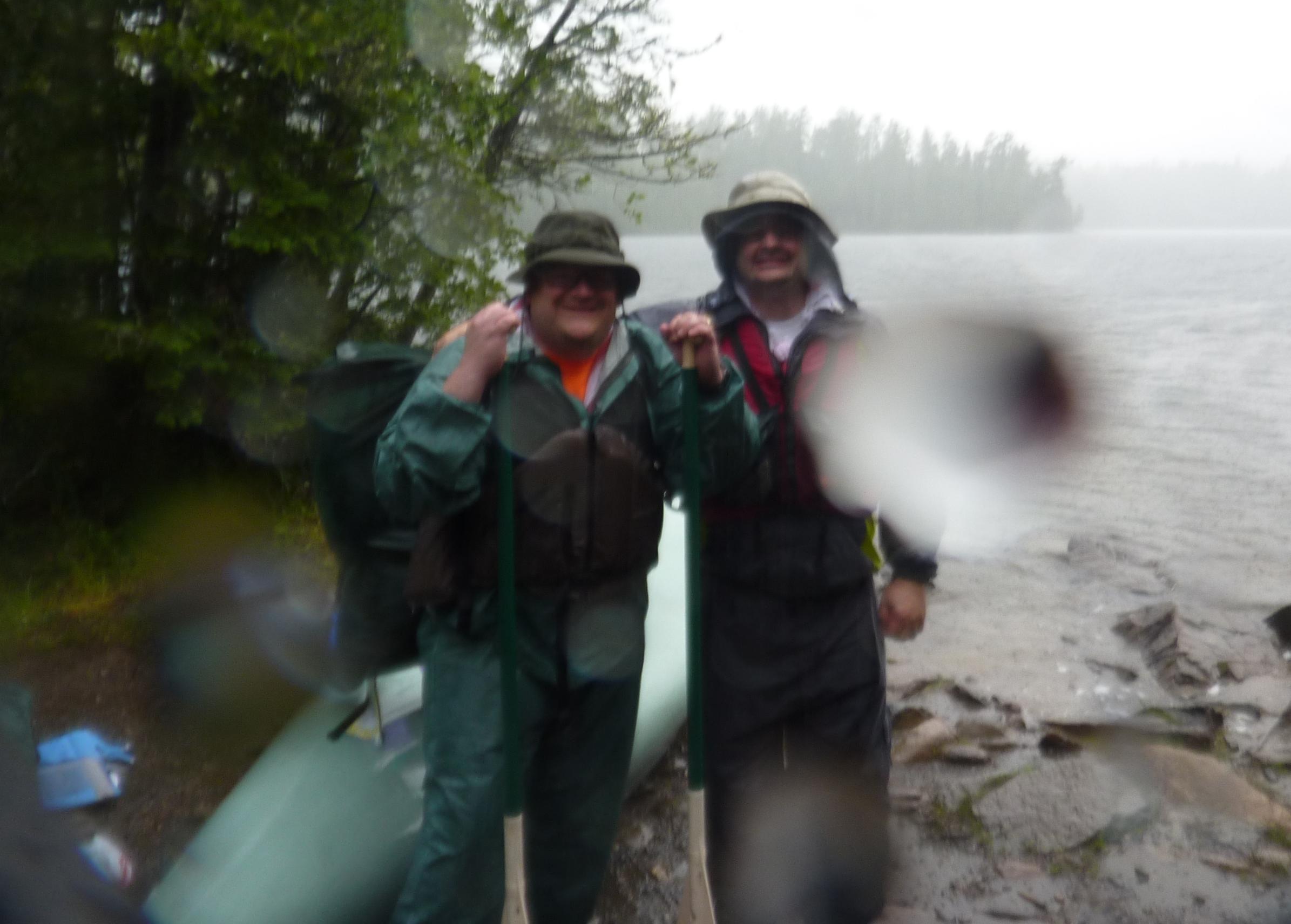 Traveling over West Bearskin Lake was pretty uneventful, although quiet due to the rain. We found the first portage easily, and excitedly saw the BWCA sign. We were on our way into the Wilderness! 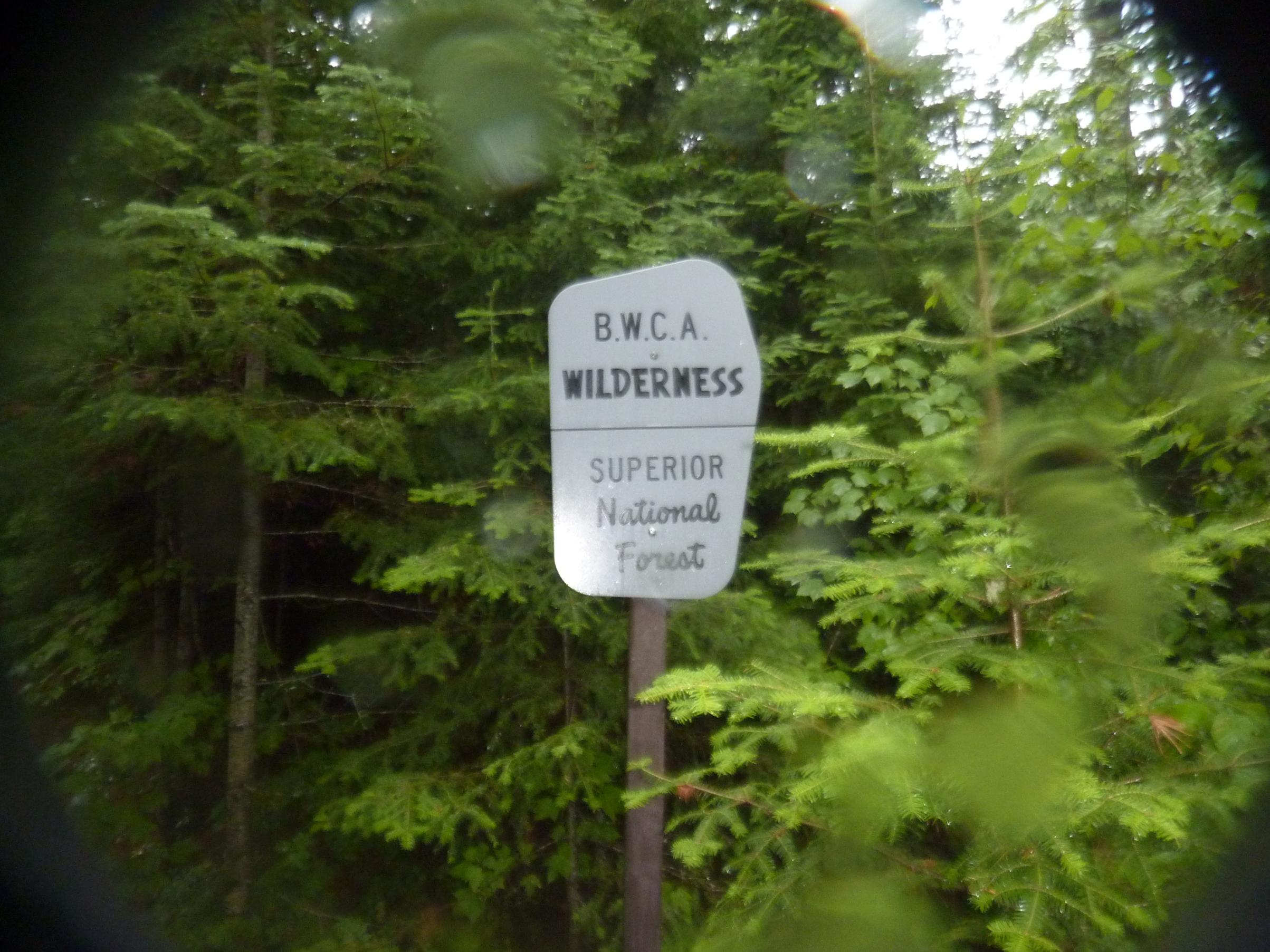 The portage was a bit uphill, but with ood footing. We made it through without incident, but were sobered as to how hard single portaging would be, with a 75lb personal pack, a 65lb canoe, a 50lb food pack, and a 50lb gear pack.

On Duncan, we investigated some granite cliffs and my friend even got out to be closer - they were majestic even in the muted light: 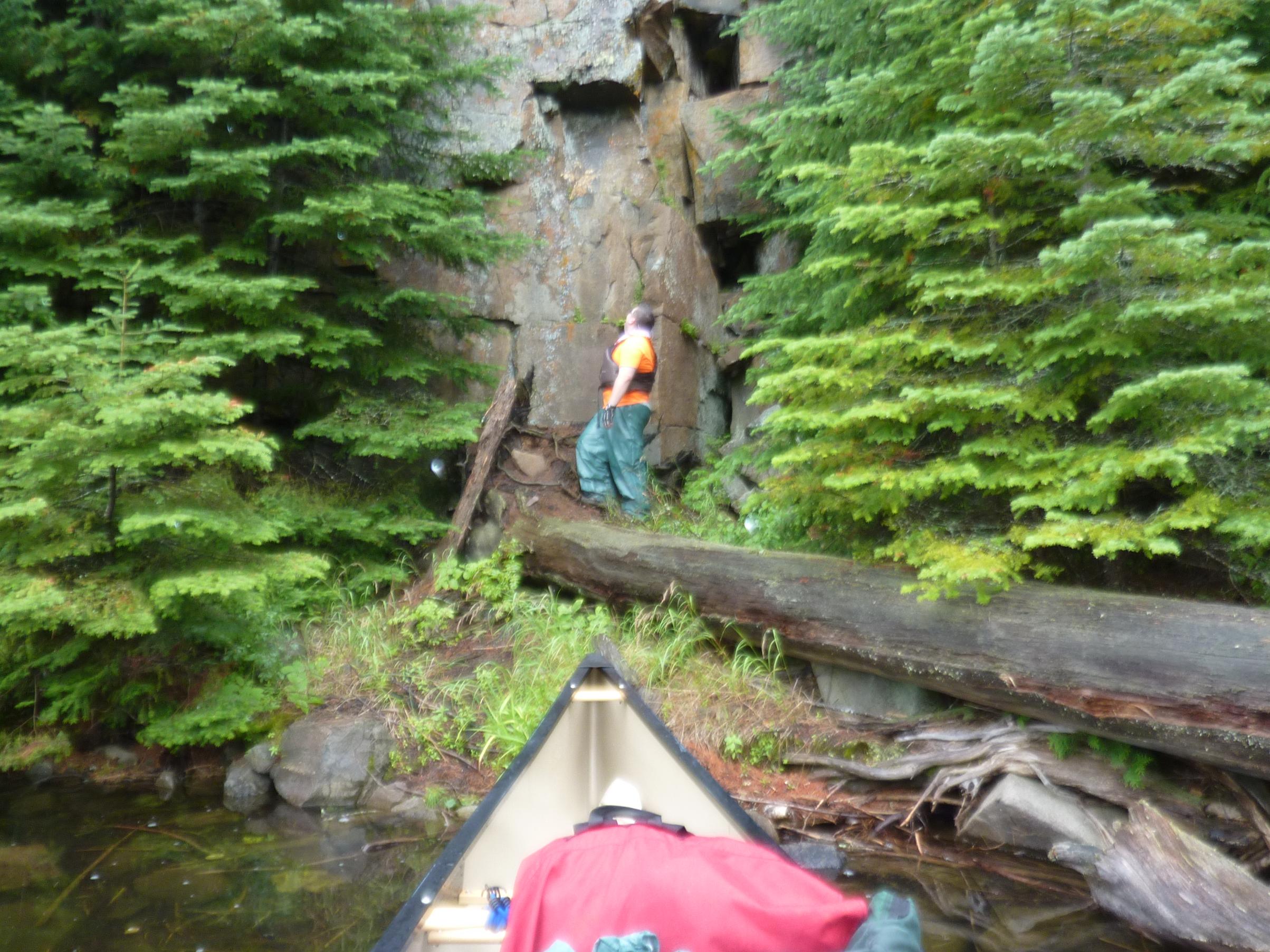 2 sites on Duncan were occupied, but we didn't see inhabitants - they were probably hunkered down and riding out the rain.

Landing on the Stairway portage, we found out how slippery rocks can be underwater, making some really bad footing. We also found 4 Hungry Jack Outfitter boats, obviously on the way out. This turned out to be a very large group which we would pass all throughout the portage as they went back and forth (double and triple portaging over the Staircase is not for the faint of heart!). Traveling up the hill to the top was work, but without incident. We unloaded at the open spot where the portage meets the Border Route trail, so we could roll down to the falls unimpeded. This was a good decision, since it also allowed us to get a taste of the downhill, and the challenges it would give. There was roots all down the portage, worn smooth by the traffic which were treacherous footing even unloaded, then a rock stair before even arriving to the falls.

We spent a small amount of time looking at the falls: 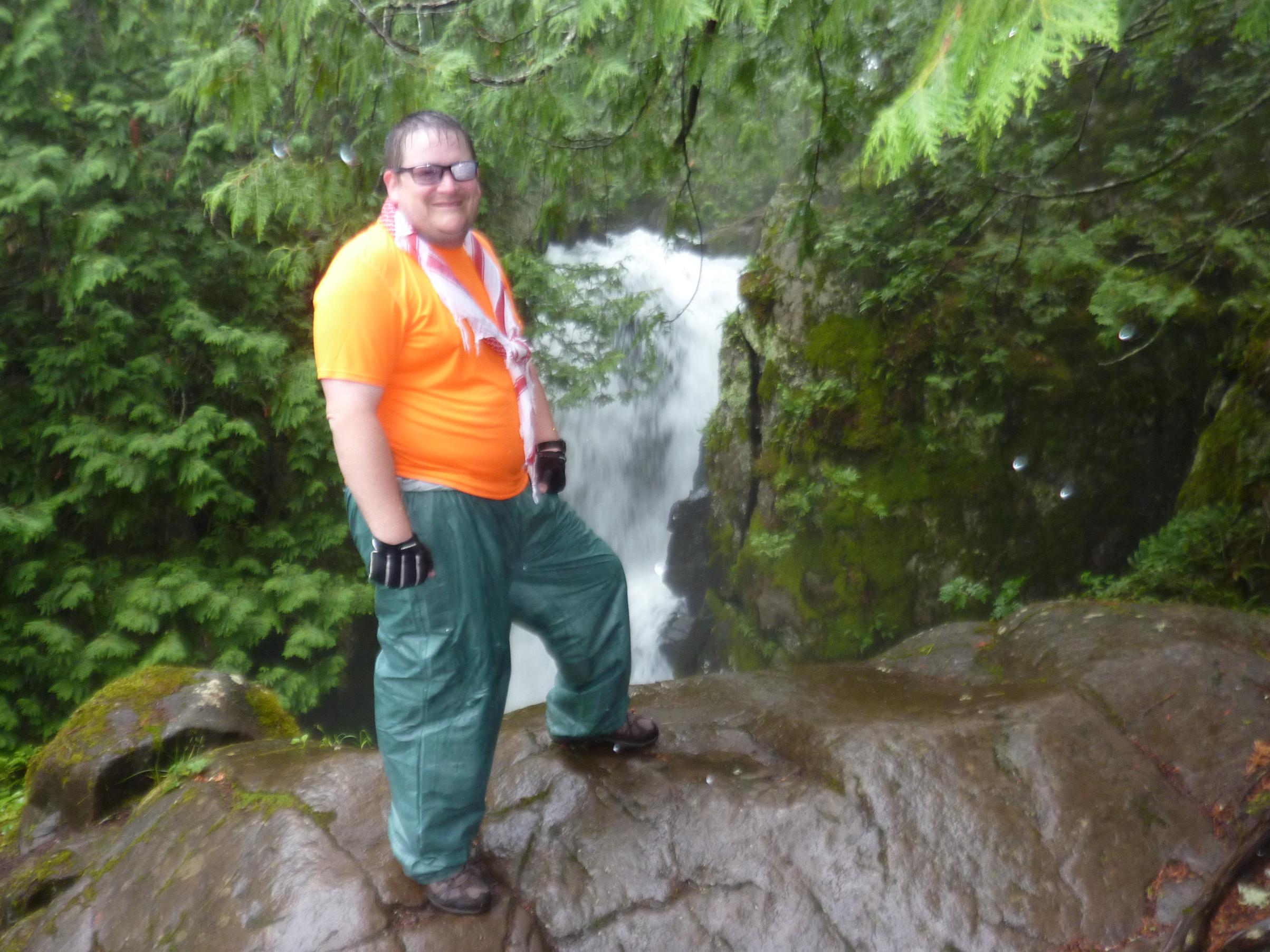 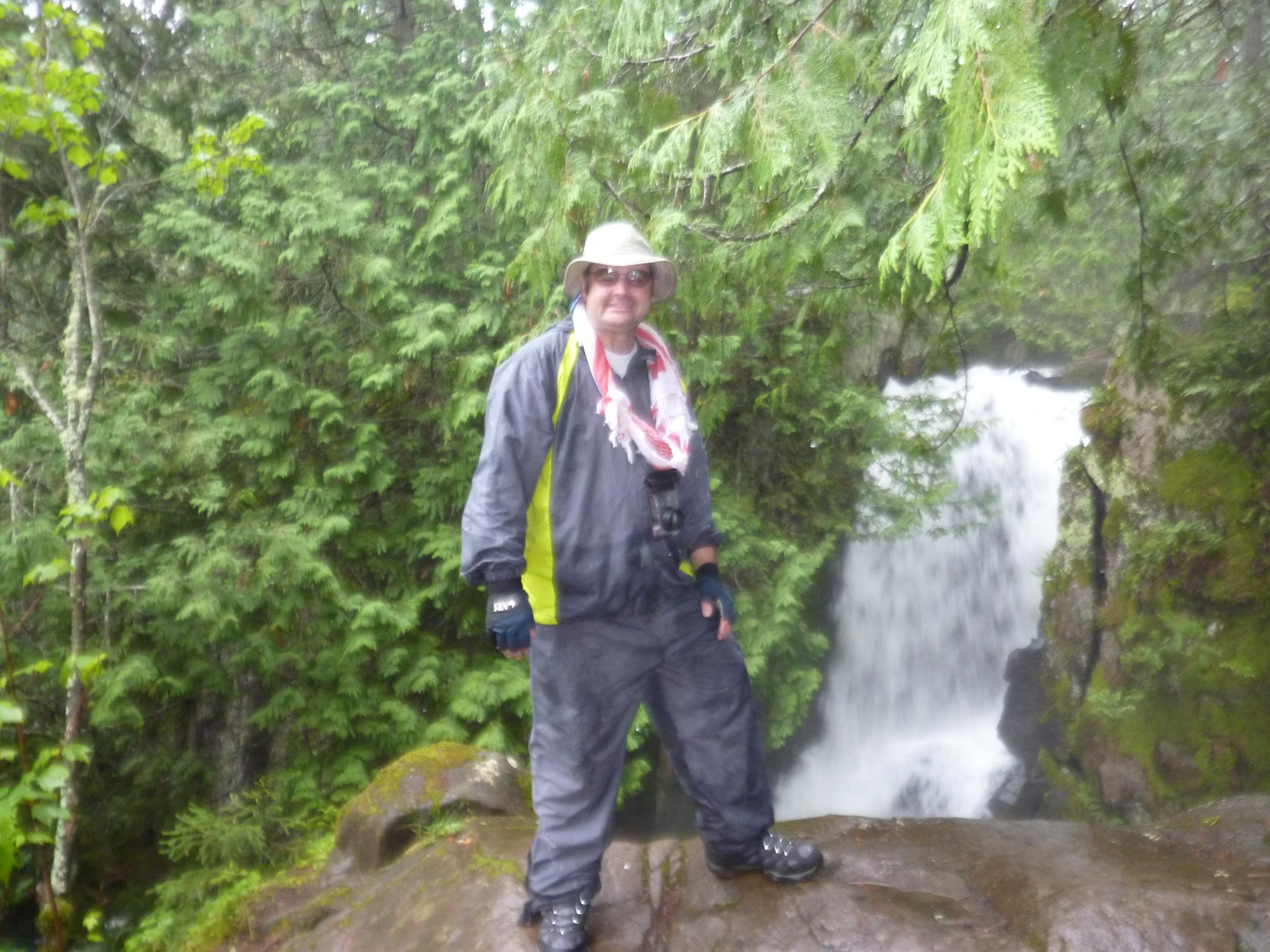 After going back up to load up, we started our decent. Carrying the canoe, I slipped on roots almost immediately, leading to a nice crash down. One of the guys in the other group helped me back up, but I again went down by the small rock stairs. This time was my last fall, although by now I was pretty shaken up.

When we arrived at the actual stairs, footing became much better. My friend took a tumble between the staircases, to which I just continued to the Rose landing, hoping to give him some help after I unloaded.

At the Rose landing, I met up with a couple having lunch by the landing. They were doing the same trip as us only backwards. I asked about the trip, and their only issue was the Height of the Land portage, which was a shoe-sucking mud pit. I bid them good luck, since they had the fun of climbing the staircase.

Returning to my fallen friend, I found that he was making slow progress down to the next set of stairs, and I pulled in a pack and we headed down.
We loaded up and headed across to the first campsite by the portage (#649). The landing was a bit rocky, but manageable. 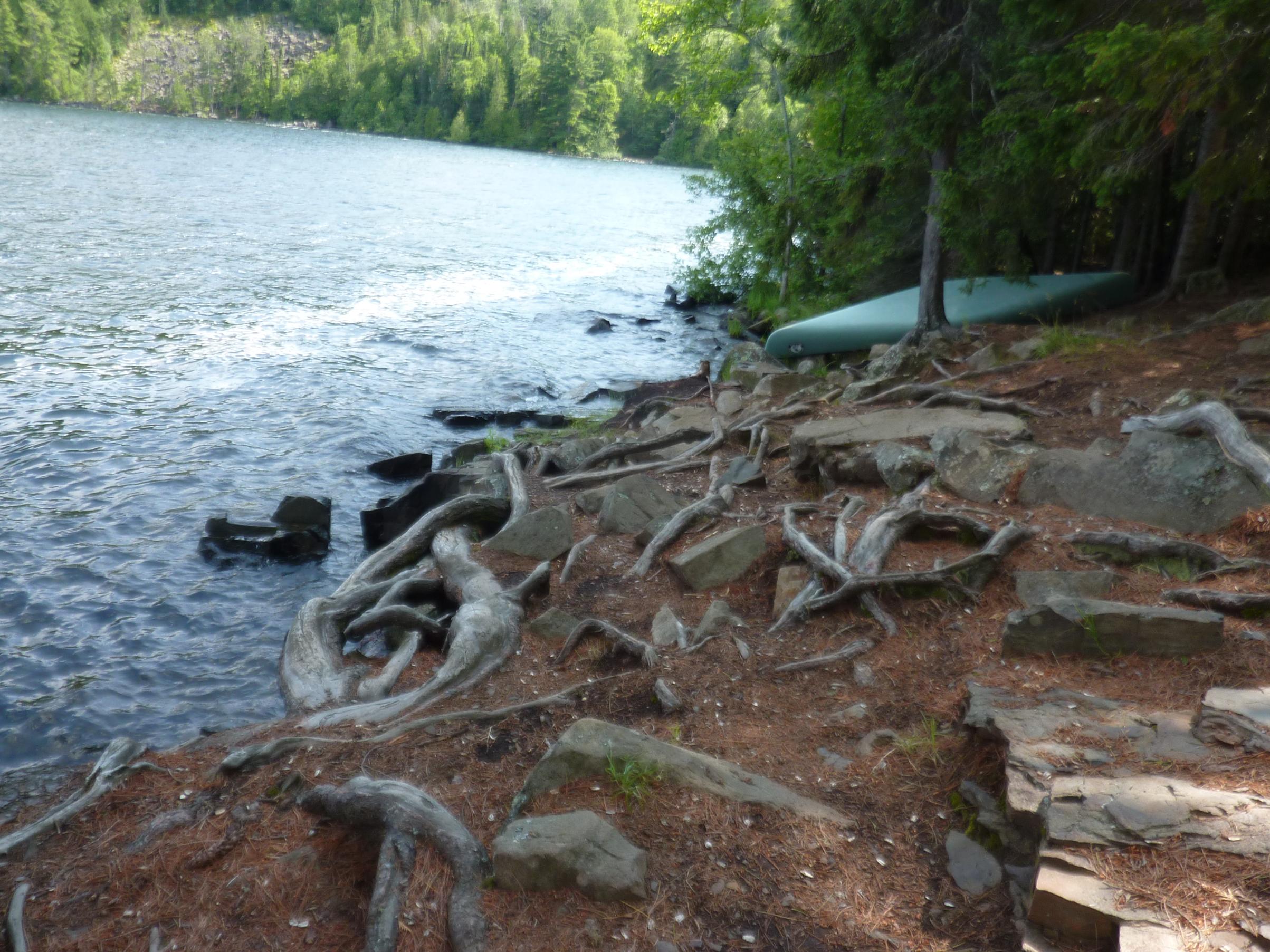 The kitchen was way up the bluff, allowing for a nice view of the main body of Rose Lake. 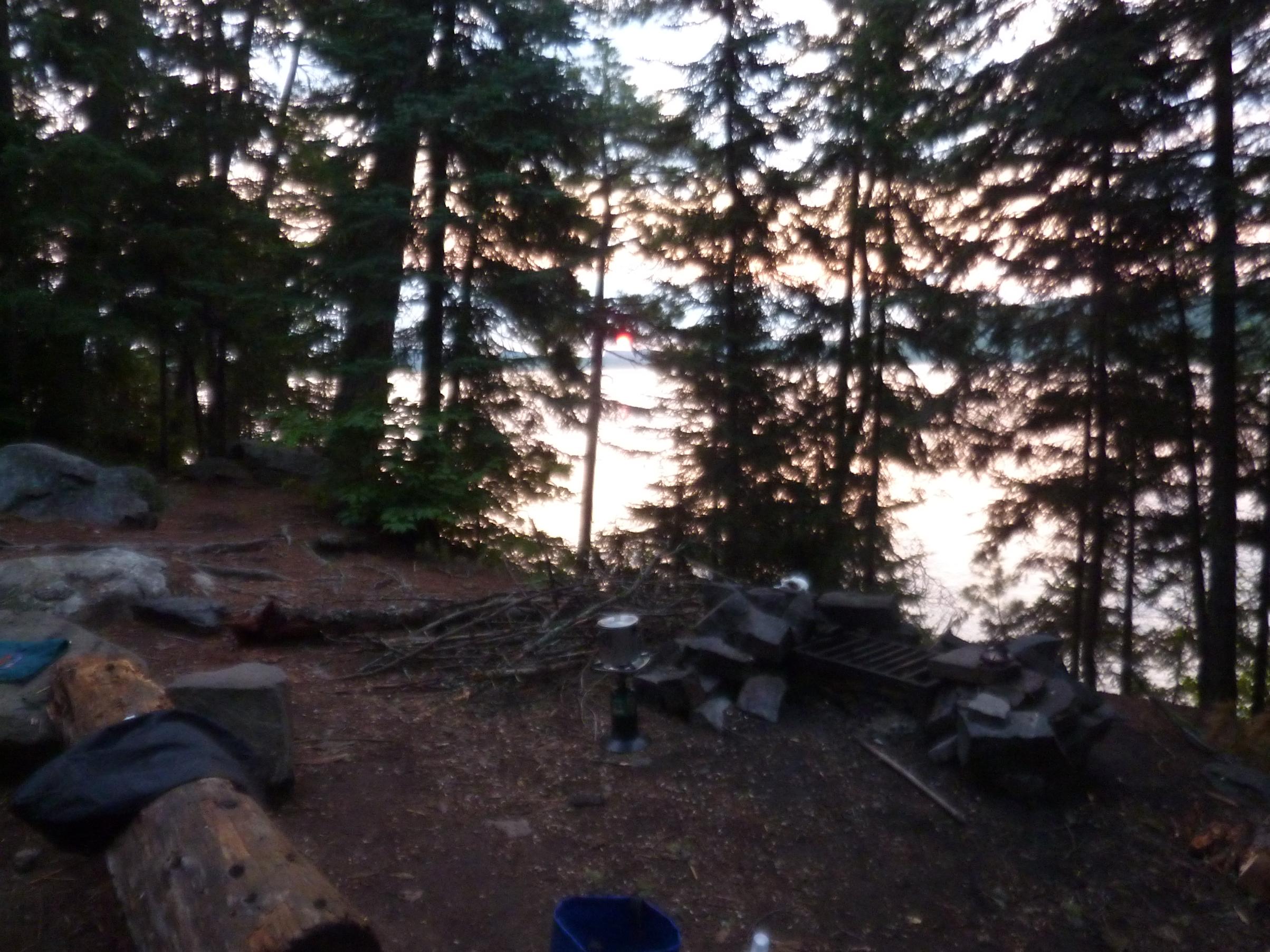 We set up the hammocks, and were serenaded by the falls and the sound of other groups coming out of the portage. We spent a good amount of time trying to find a tree to hang our food pack, and were just barely successful getting it up.

Starting a fire at our new campsite proved to be very challenging due to the weather, almost defeating our first night steak and potatoes meal, even though there was ample welcome wood available for our use. We did get a small cooking fire going, but it was quite small and took a long time for us to get any food from it. Our dessert for the night was s'mores, but we decided to bypass them, and enjoy just a bit of hot chocolate.
Bedtime at sundown as the mosquitoes chased us in - soaking our clothes in Permethrin was an excellent idea, but they still closed in on exposed skin.