Sunday morning my chest was pretty sore but I had full range of motion and decided to do a little test paddling. It went OK and I made the decision to keep moving west. The lake was like a mirror and I was excited about enjoying the day.

Took the time to paddle around Alpine and look at stuff, too bad it couldn’t always be like this! The portage landing to Jasper was not the best, the water is low and not enough over the rocks field to float with me in it. Hop out and line in, no problem. The landing is steep but the portage was pretty easy following the stream between the lakes. There is a nice little falls at the Jasper end, followed by a few cascades down to Alpine. Talked to some nice guys in an aluminum canoe at the portage who were headed to Knife to do some fishing. 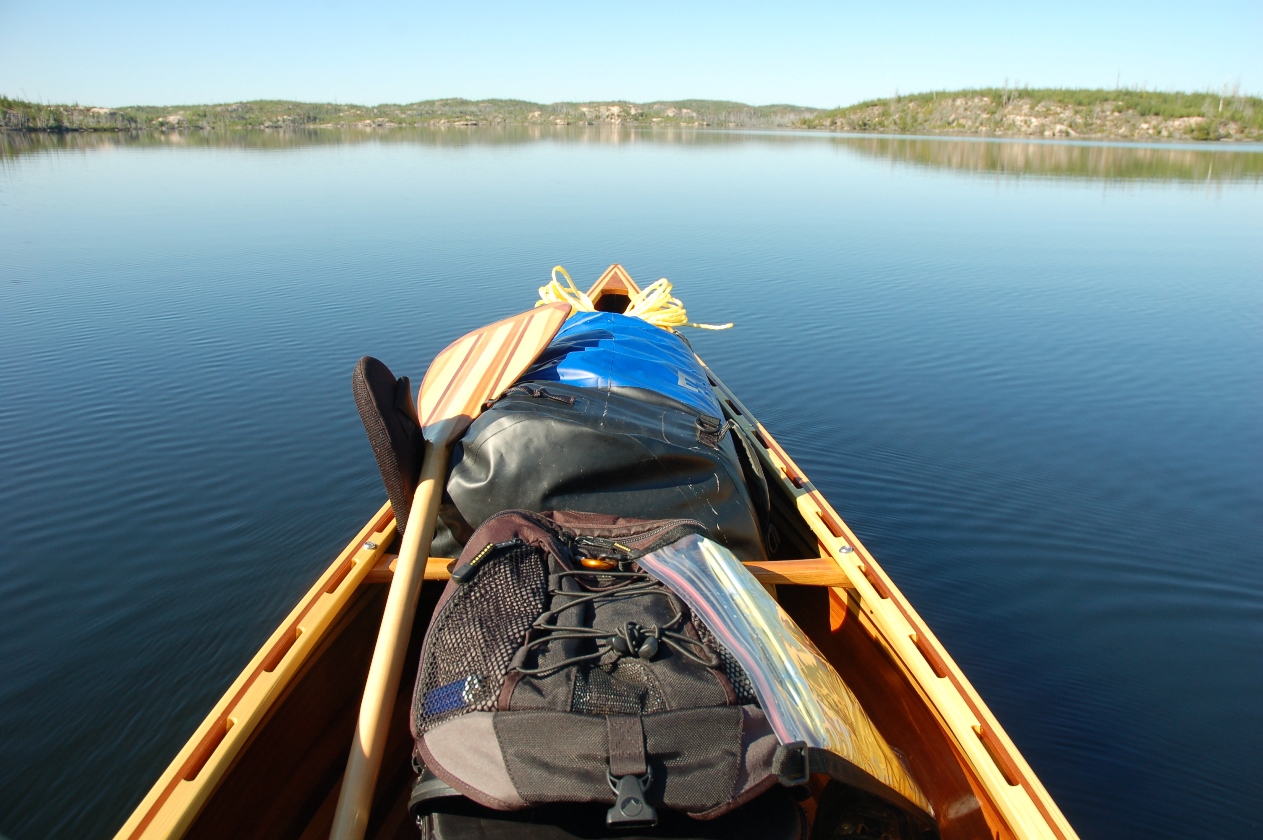 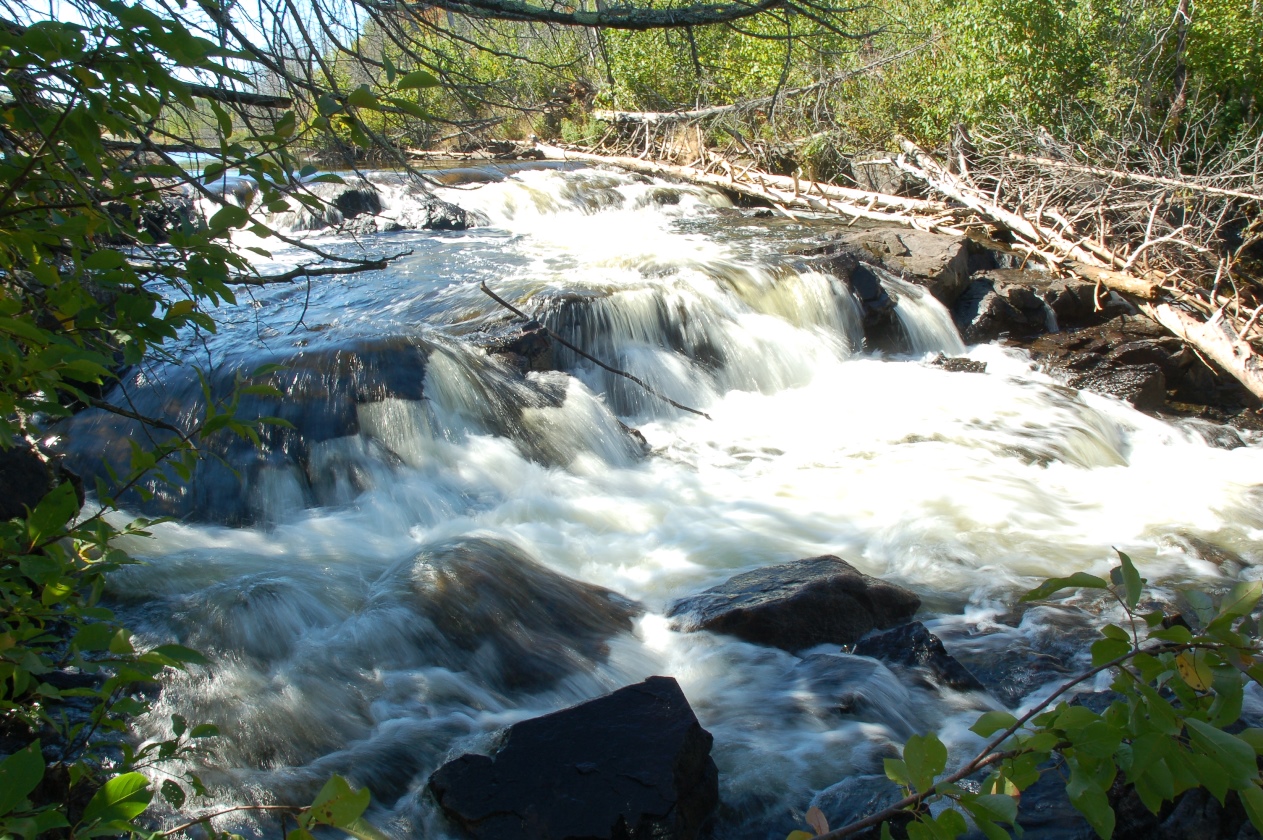 Jasper was totally burned also but was a little different in that it doesn’t have the rocky structures that Sea Gull and Alpine have. It also doesn’t have much regrowth and a lot of small standing dead trees. Actually the campsite close to the portage is kind of neat, elevated high above the water with a wide sweeping view of the whole lake. It doesn’t have any rock, just a flat dirt campsite but the view is nice. The portage on to Kingfisher is easy and uneventful. Kingfisher must have once been a private, beautiful lake, it is now an unmemorable pass through lake that gets little thought. Hopefully someday it will be that nice little hideaway again. The portage to Ogishkemuncie is fairly easy with a section of mountain goat path along a hillside above the stream between the lakes. Easy portage, but watch your step. 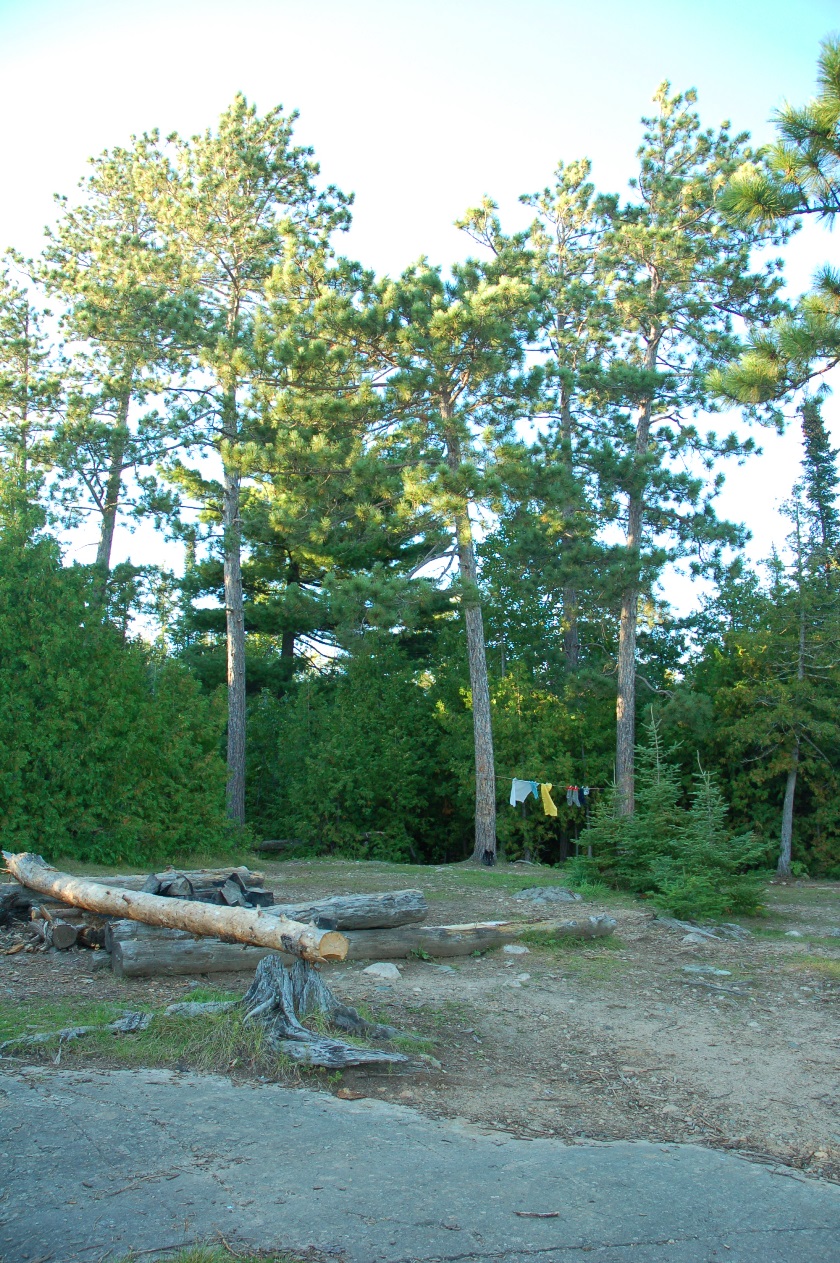 Finally made it to Ogish where I planned to spend a couple days enjoying the lake. Once again not everything went as planned. Seven years ago I broke my back in a car accident and just standing there unloaded at the portage the thing flared up and felt like a knife into my spine. Dang it, what a terrible time for this to happen. This has happened in the past and I know it gets worse so I quickly loaded and headed for a campsite. Luckily the first site on the east end was open and it was also really nice. Paddling was possible, just not easy. During that time getting to the site I started to feel my chest tightening up, probably from working it more to compensate for the back issues. Either way, I made it to the site and tried resting and stretching, but no luck. Back to being prepared, it was time to get out the emergency pain killers.

I spent the evening resting and keeping my mind occupied and not worrying about the pain. The weather was wonderful and not a person around, totally peaceful. Using my InReach I wrote home and tried to put together the best plan for getting out and avoiding bad weather which I might be able to paddle through. My wife sent the forecast back and I was able to get the wind hour by hour and I decided there was a window early in the morning where I could catch a light tail wind. It appeared there was enough time to get somewhere on Sea Gull by the time the wind got to 15 mph and since it was from the south I could ride it up the lake for the most part. The wind was going to ramp up to 30+ from the NE on Wednesday and there was no way I could do that. My other option was to wait until my pain was better but that was risky. I decided to sleep on it and make a final decision in the morning. Spent the evening watching the super moon and enjoying the great view.