Trip Type: Snowshoeing
Entry Date: 03/17/2005
Entry Point: Other
Exit Point: Other
Number of Days: 3
Group Size: 1
Trip Introduction:
This is an account of my first solo snowshoeing trip. The trip took place in George Crosby Manitou State Park along the north shore of Lake Superior. Low temps around 5 degrees, high temps around 25 degrees, sunny most of the time. Enjoyable and educational trip--can't wait to get back up there this year!
Report 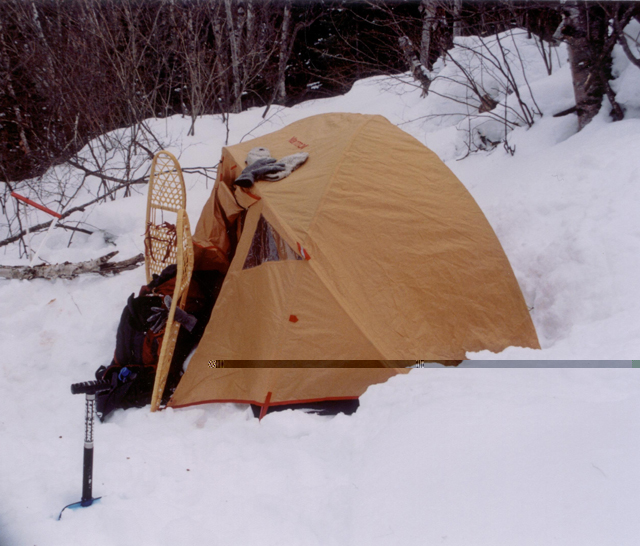 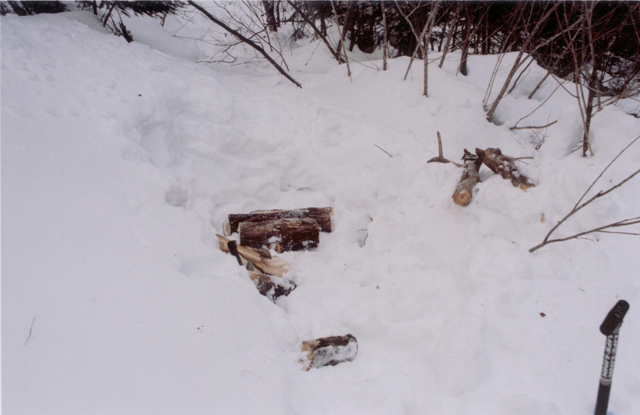 I got to the Park around 2 o'clock after a gorgeous drive up the NorthShore. I threw on my snowshoes and my pack and set off down the trails. The campsite I was heading for was down near the Manitou River a couple of miles from the parking area. The trails were decent--sunken but no tracks. It felt good to be out there.

After about an hour, the hills started to become more drastic as I neared the River. I quickly discovered that trying to snowshoe with a pack on up and down 45 degree hills is somewhat difficult. But I soon got the hang of it--ski downhill (don't fall) and crawl uphill. I realized that I would never find the 'official' campsite under 4+ feet of snow, so the next clearing I came to, I decided to camp there. So I dug down a couple of feet in the snow and make an area big enough for my tent. Then I dug out a small area for cooking and put logs down as a base for my stove.

It didn't get too cold that night (5-10 above) but I realized that while I would enjoy absolute solitude down here by the River, there wouldn't be much to do for two days (nowhere to hike around). So the next morning I packed up and moved camp. Here are a couple of pictures on the trail. 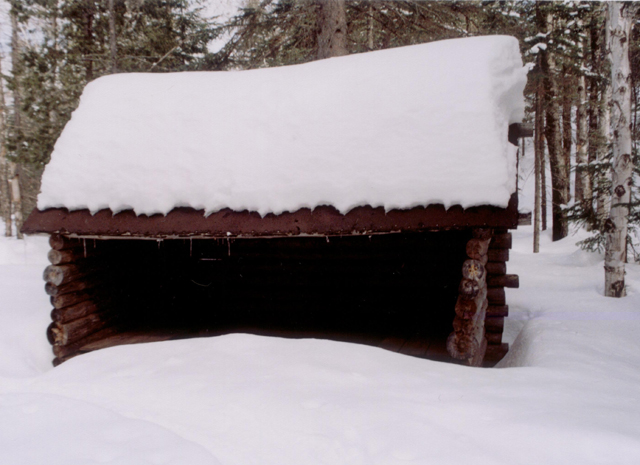 Shelter along the trail 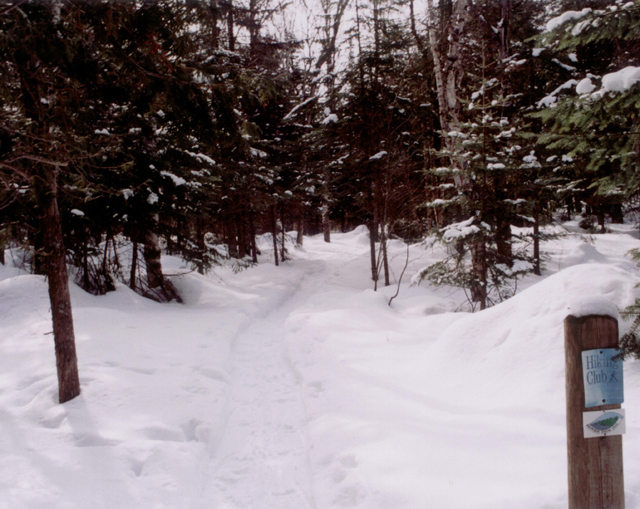 A view back along the trail 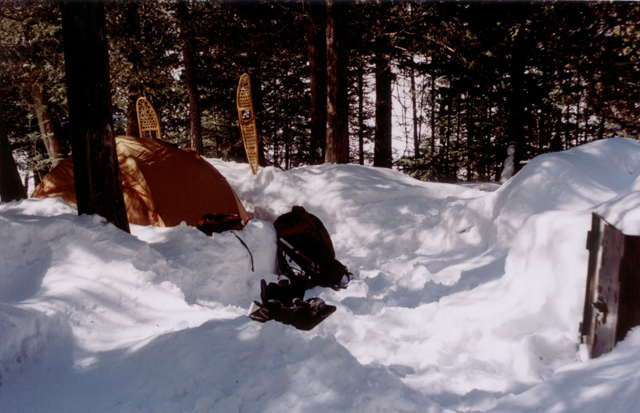 I headed back the way I had come, finding it easier to go up and down the hills now that there was a partially packed trail. I made my way down past where I had split off the day before to go to the River and instead headed south towards little Benson Lake. The campsite I found there was excellent but very different from the other site (it felt like the difference between a PMA and regular BW areas). It was open and had been cleared sometime in the winter, though there was still a foot or so of snow to be cleared. So I shoveled out a tent pad and found the fire ring and set up camp.

Then I went for a walk around Bensen Lake. 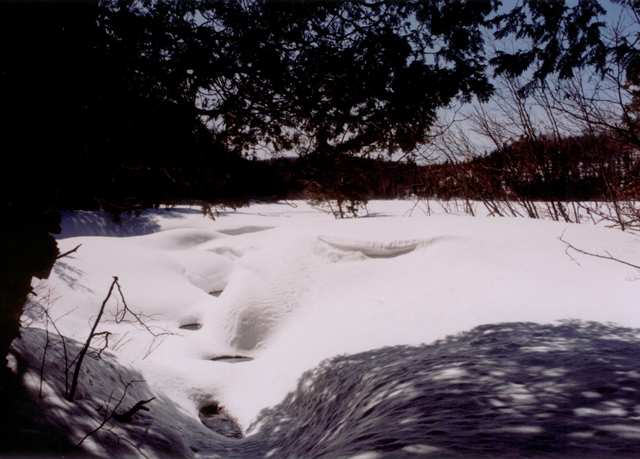 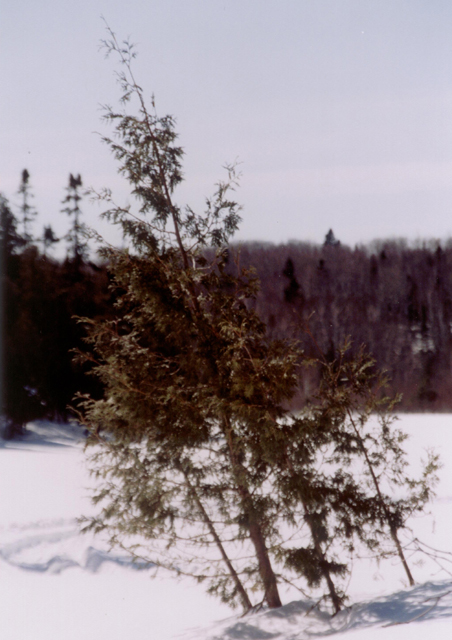 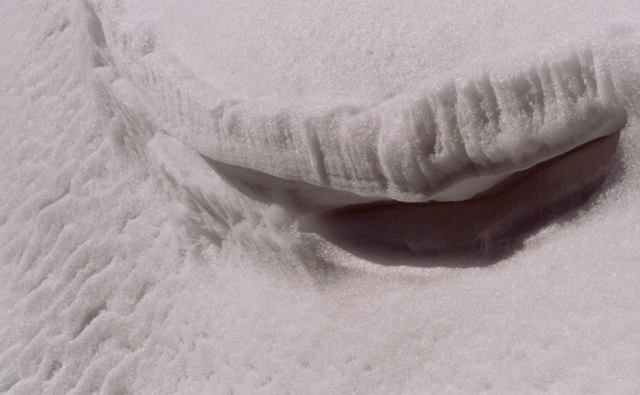 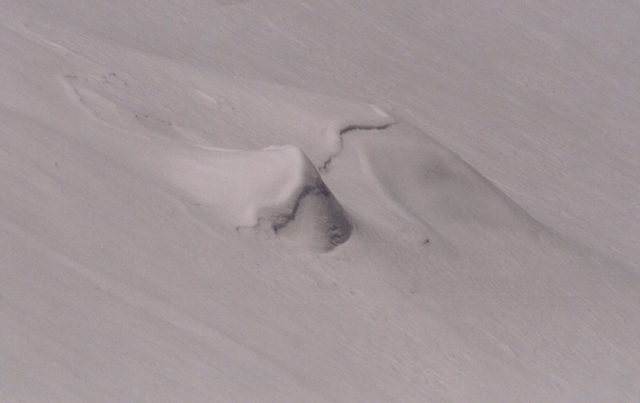 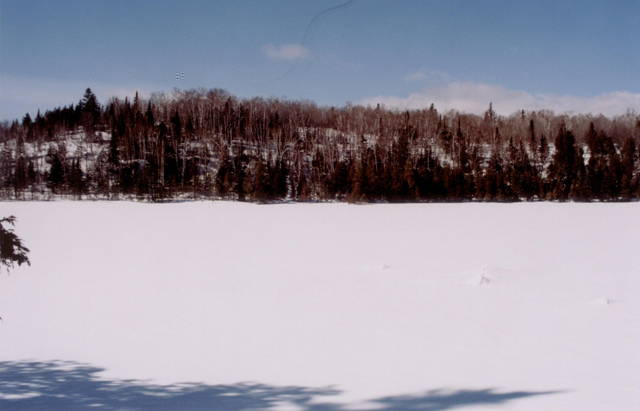 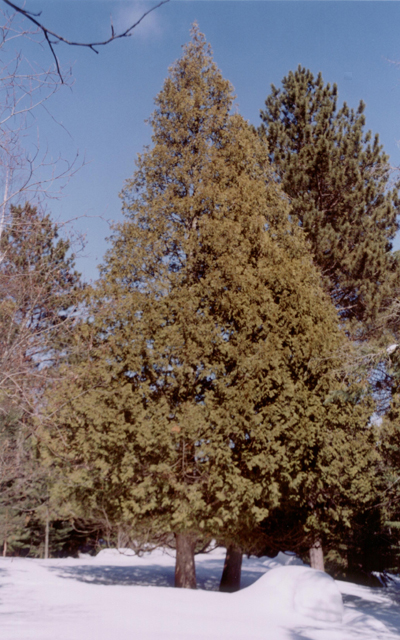 At first I could not figure out what those tall parts of the snow were. 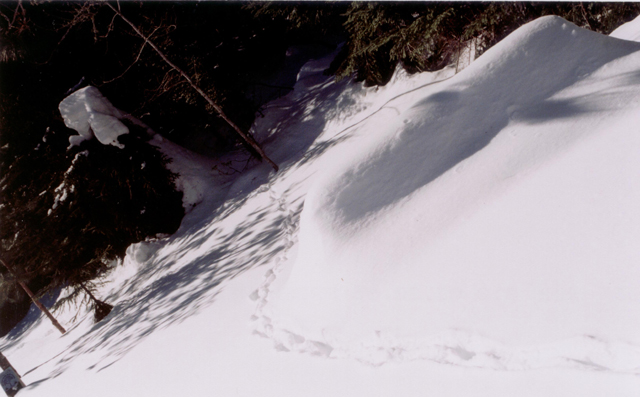 Then, once I got closer, I realized they were picnic tables.

After I got back to camp and ate some lunch, I decided to explore another trail near the lake.

This tree doesn't seem to like the trail so close--it looks like it's eating the trail marker. 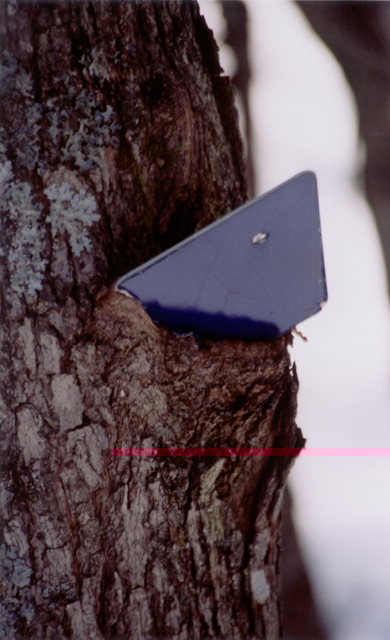 When I got back I made some dinner and heated water for footwarmer bottles and hot chocolate.

Then I sat down by the lake for a bit while the sun set. 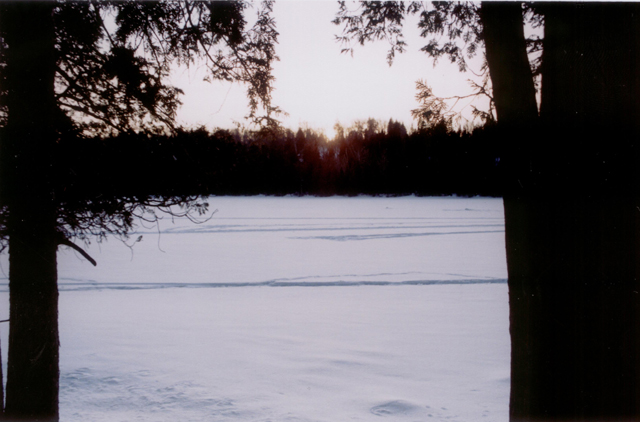 Sunday morning was about the same as the day before--15 degrees in the tent when I woke up, quite comfortable. I made oatmeal and heated water for tea. Then I broke camp and snowshoed out. When I got back to the car, I had one picture left on the roll and I managed to prop the camera sideways on the trunk for a nice little self-portrait. 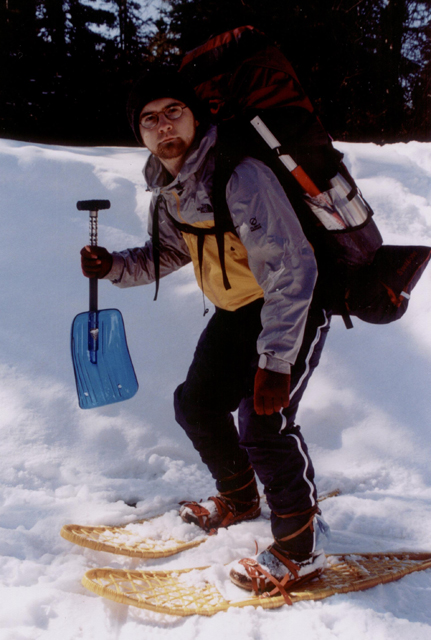