After another perfect sunrise, we were off. We thought a simple North West route would get us to Basswood Falls, unfortunately since we were further East than we thought, we missed the opening to Basswood Falls and ended up going three miles into Quetico. We were again, fine tuning our ability to judge our speed and pace in relation to the FISHERS map and the subtle contours of the map compared to the landscape. On our way back South West, the fisherman at the opening to Basswood falls was a very welcomed site. After today, a GPS unit has moved to #1 on my wish list for the next trip. As we enter Basswood Falls portage, we see four college age boys just finishing the one mile portage looking exhausted. We were already exhausted and hoped we could find a campsite soon. We managed to find an open campsite on the 1 mile Basswood Falls portage. This was the low point of our trip, but we knew a positive attitude would be the only way to get thru the next 10 days. We did not let each other get down. The sound of Basswood Falls next to our campsite was a constant reminder of how lucky we are to be there. 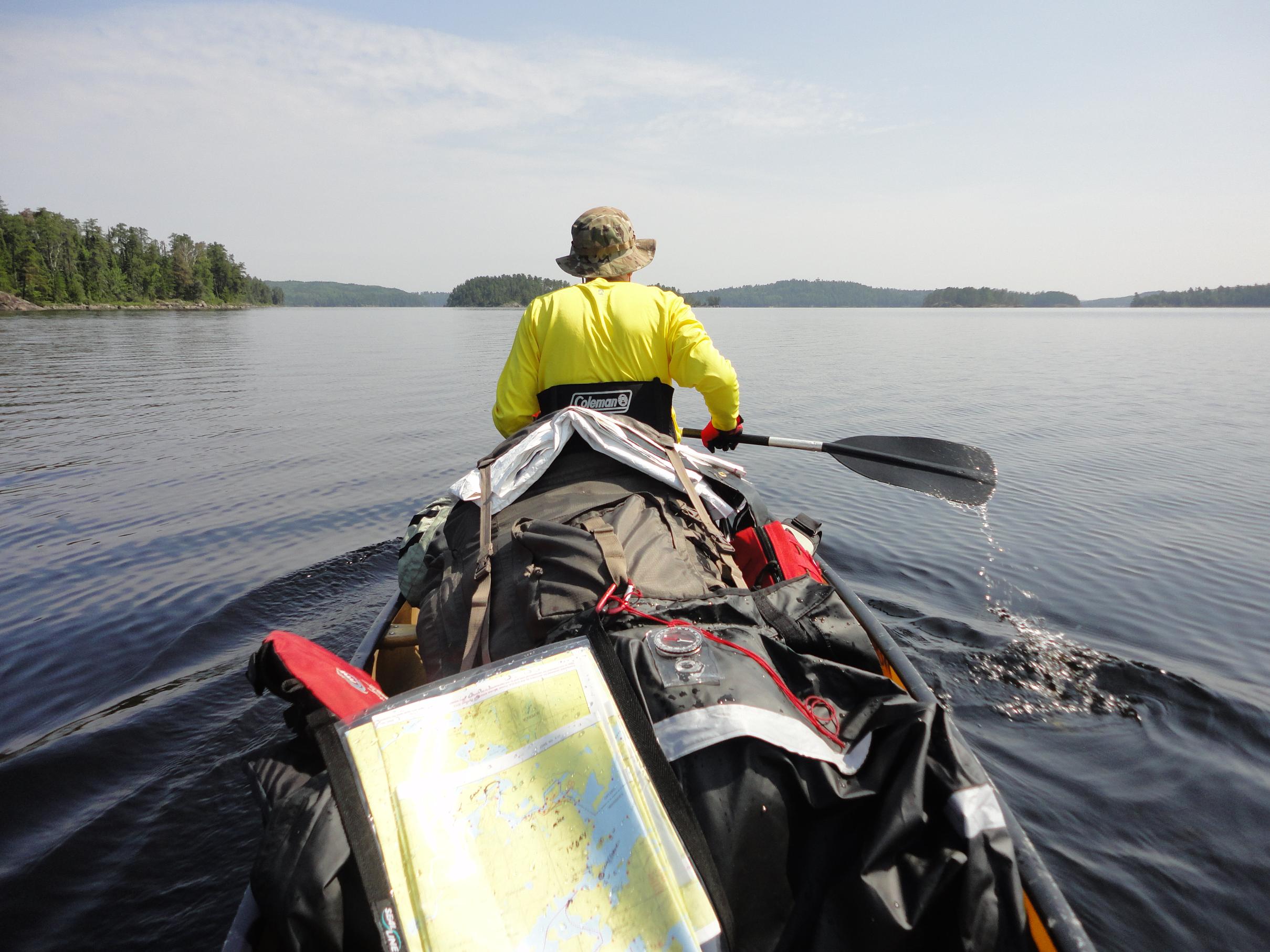 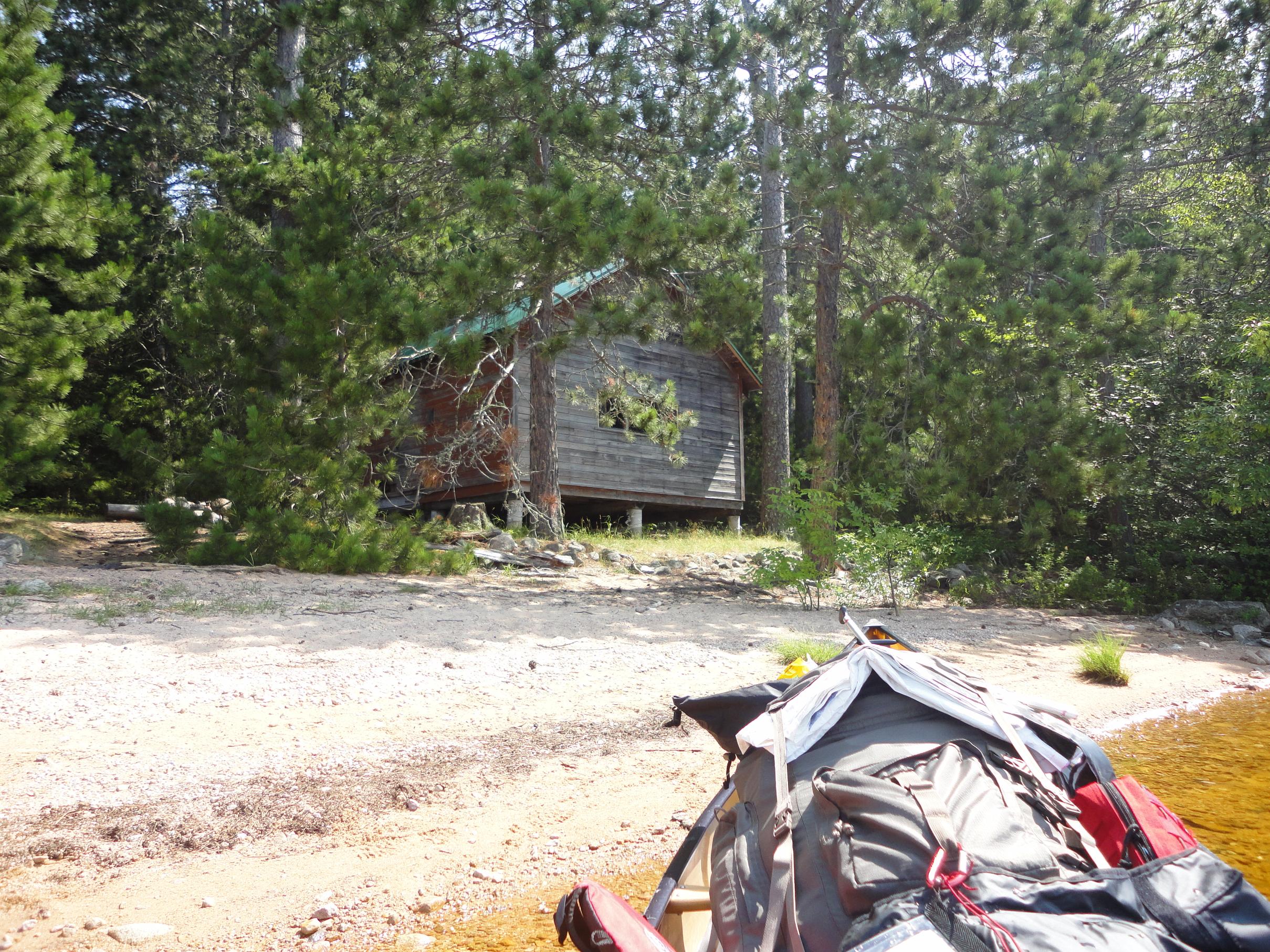 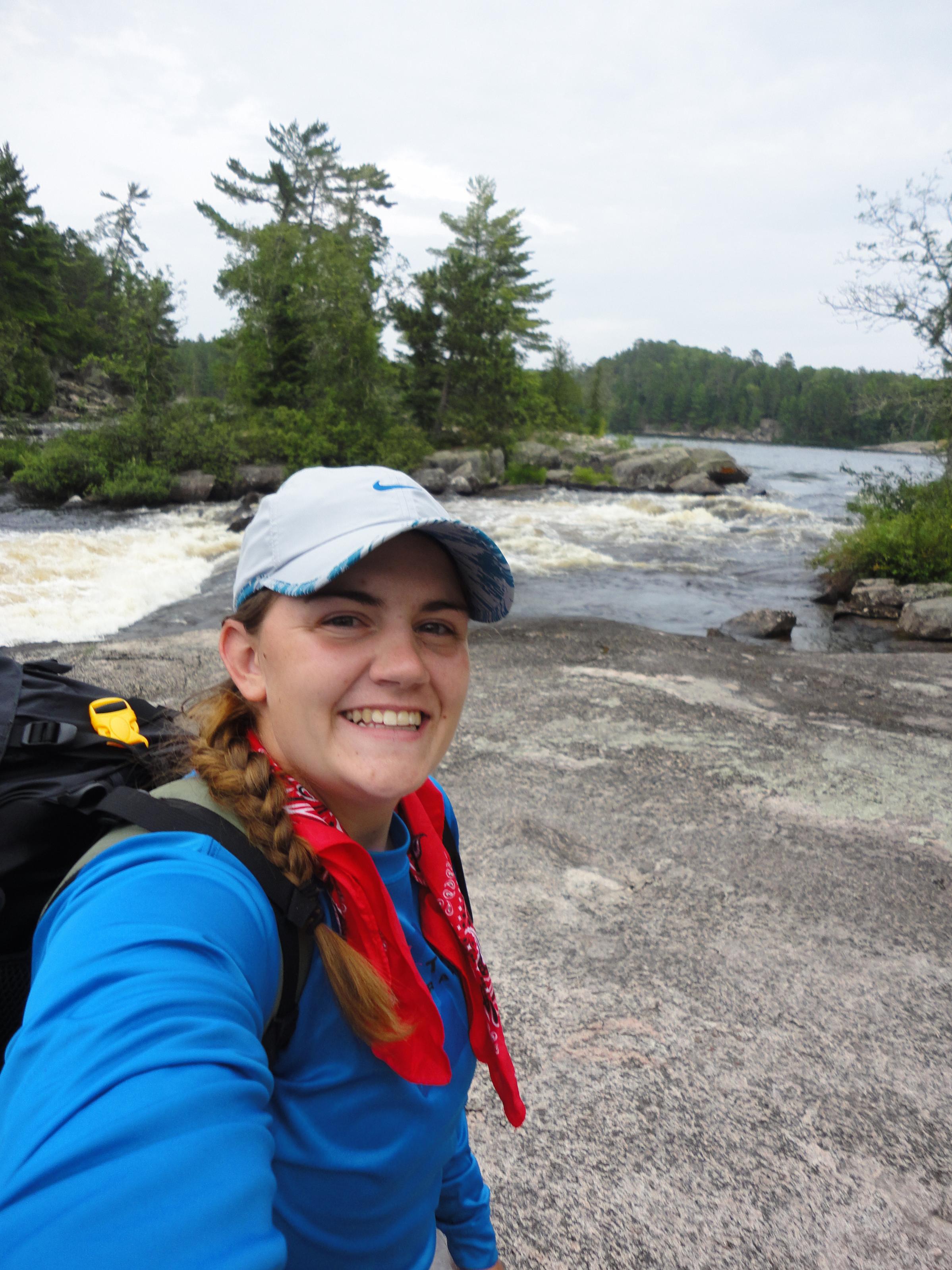 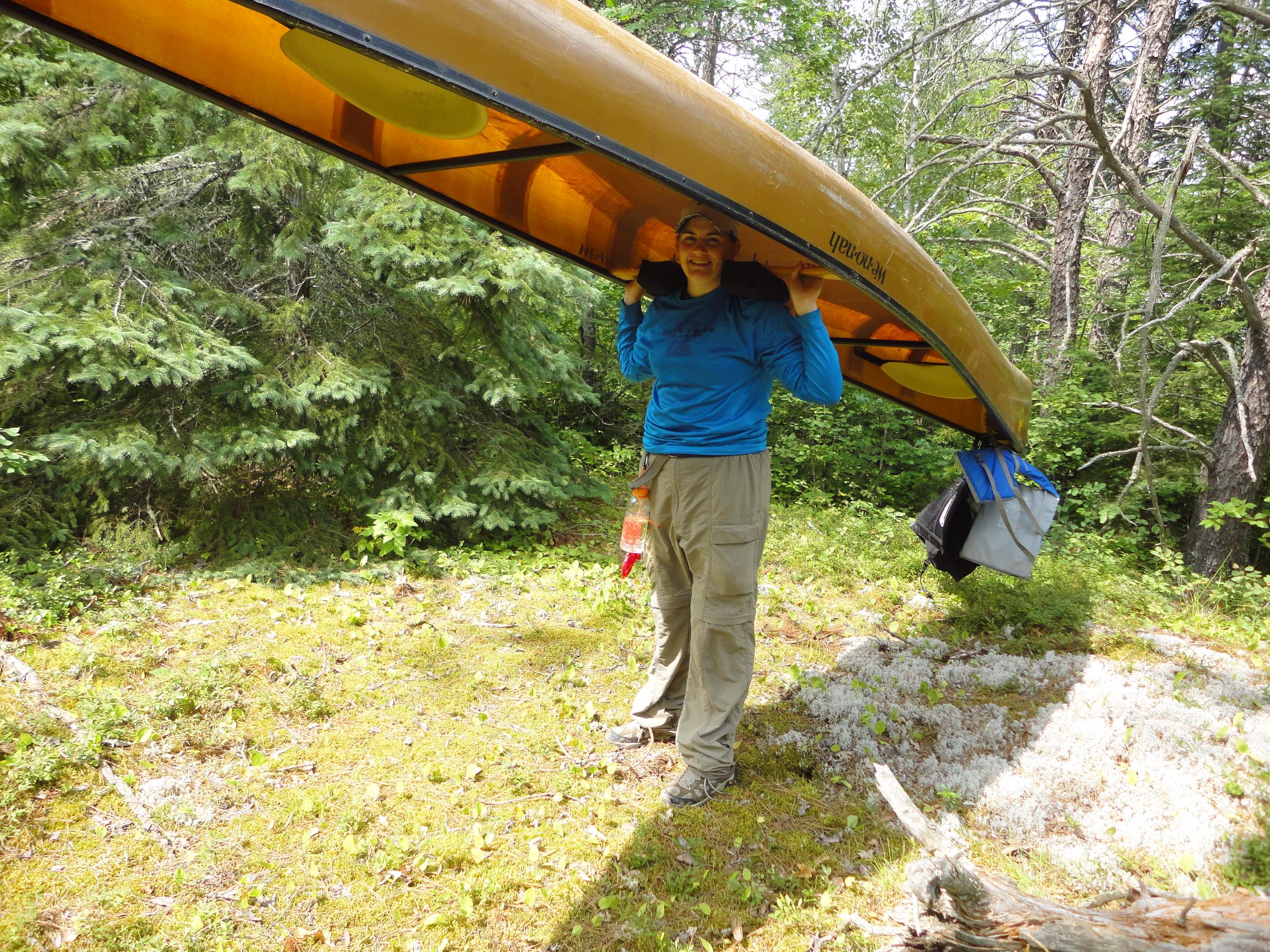 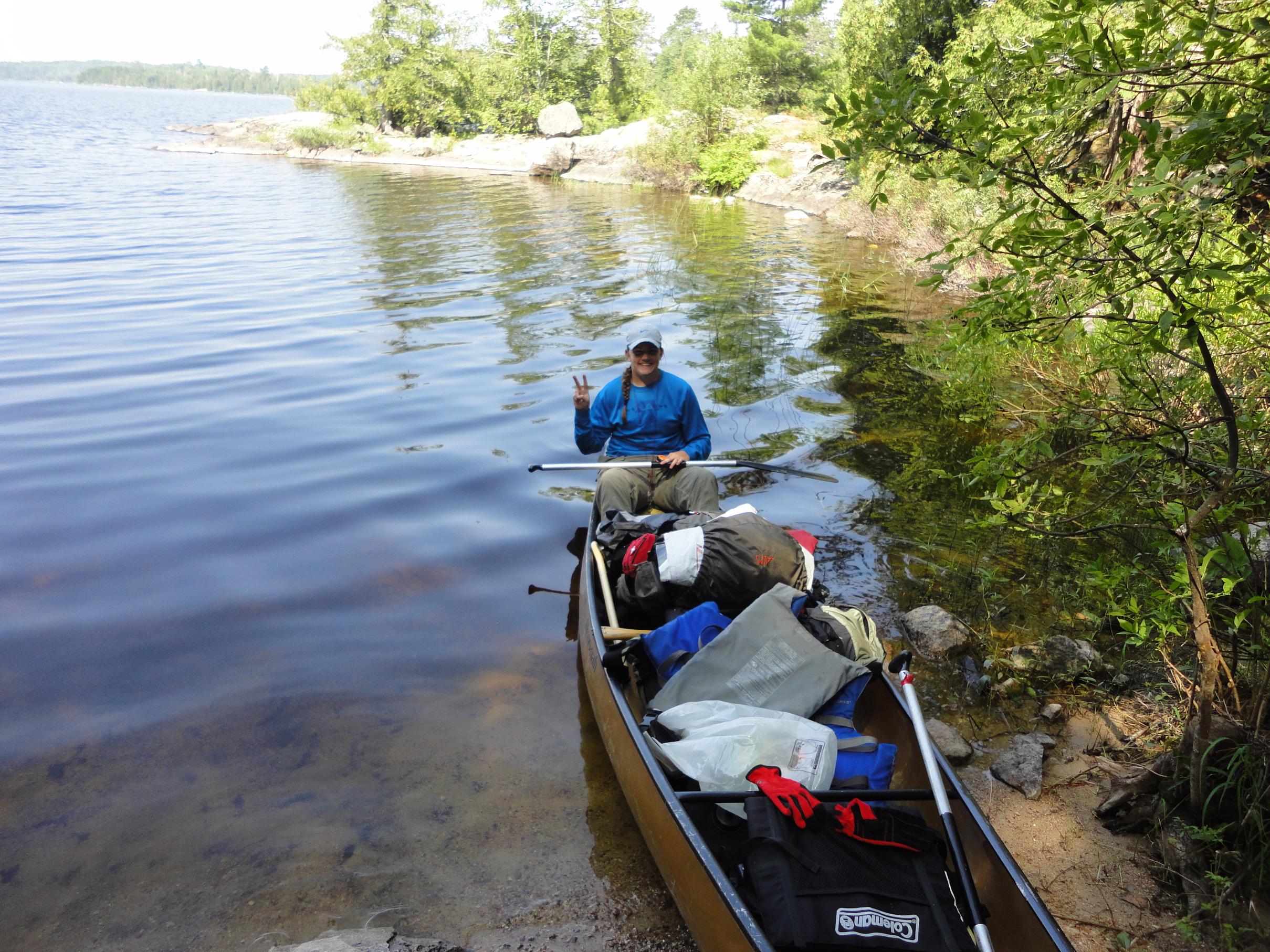 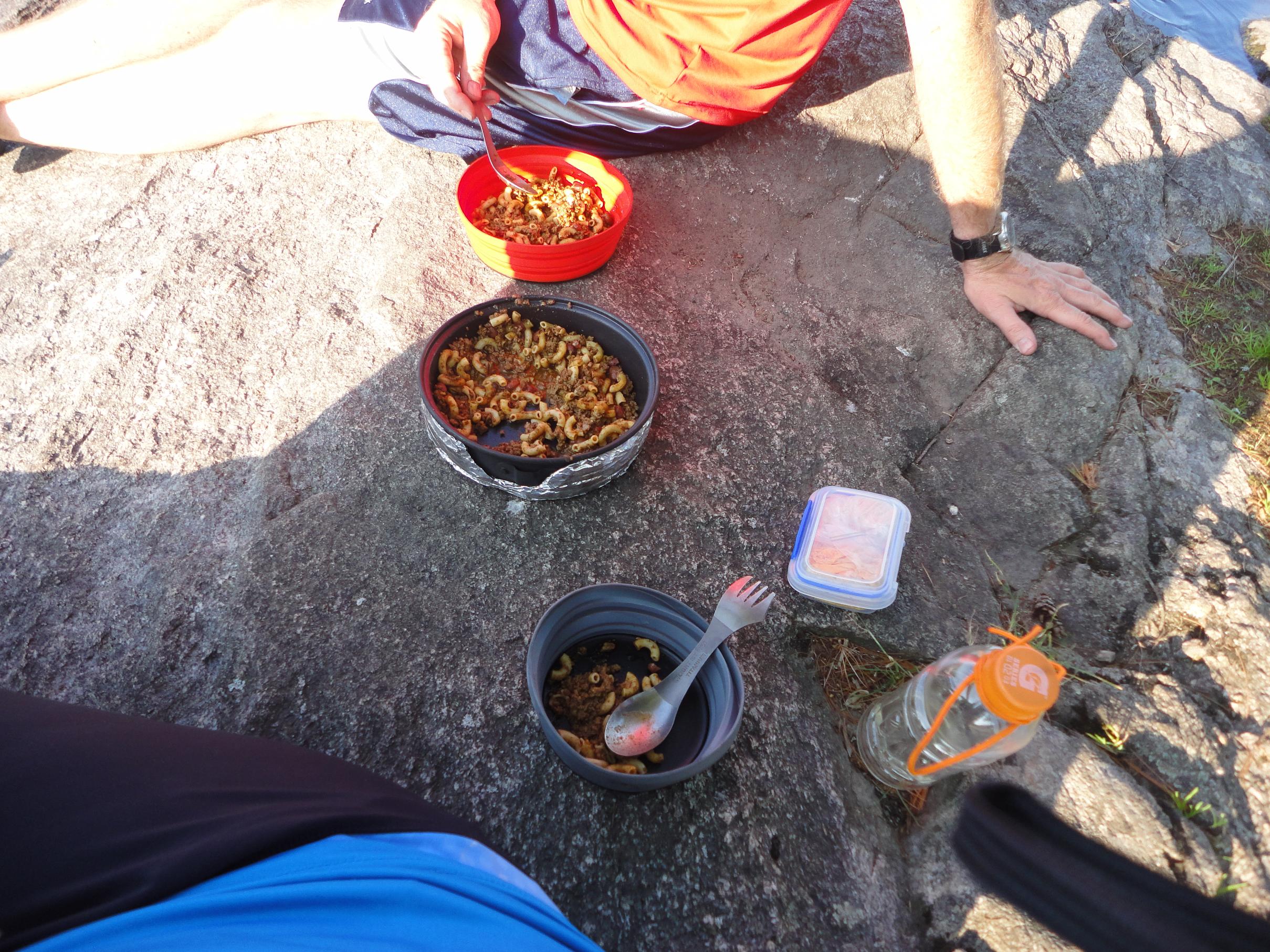 We discovered we paddled faster than we thought, we ended up 3 miles in Canada, doubled back and still made it to basswood falls by 5pm. Canoe tipped over at shore, soaked everything except clothes & sleeping bags. We were doubling back with heavy packs thinking we would have to portage the 1 mile trail with water logged packs. Fortunately, we found an open campsite. Good dinner, except I fixed four portions for two of us. Hope we catch some fish.
Daughter Journal
Sooo, not such a good start... AGAIN. This time I was bound and determined to not get lost, but of course we did even with me at the helm. I mean I said I wanted to go to Canada, and boy did we. Several miles in fact. Then we saw some canadian campsites. They aren't all that great. Then we were on the right track and I decided to check out a camp site, and tipped the canoe with all our stuff tumbled out. Luckily the worst damage was my pillow. Karma maybe? I never thought I'd be so happy to see another person until we turned the bend to finally get back into America. And we were right by the falls. Plus got a pretty good campsite. I felt bad dad made too much shepards pie, that was actually good. Mosquitos suck, but we are finally stopped on our mile portage. Portage tomorrow and everyone on SPOT saw how lost we were.