Moose R. North to Iron/LLC. First as a trip "leader"
by cyclones30

Trip Type: Paddling Canoe
Entry Date: 05/30/2015
Entry & Exit Point: Moose/Portage River (north) (EP 16)
Number of Days: 7
Group Size: 5
Discuss Trip: View Discussion Thread (6 messages)
Day 2 of 7
Sunday, May 31, 2015 - We never set an alarm, but were almost always up around or before 6 it seemed every day. We headed north and took the 2 portages into Boulder Bay, passing the scenic little falls between the two and noting it as a fishing spot for later. Today’s goal was Iron lake and specifically to see Curtain Falls at some point. The wind wasn’t bad and we crossed the Bottle Portage and stopped at the western site on Three Island for lunch. It wasn’t the nicest one we’d seen before, so we split up and looked for a site where we’d spend the next 2 nights. Some of the ones we checked were taken, but the site closest to the falls was open and we gladly took it. More fishing was done and fish caught in the immediate area. 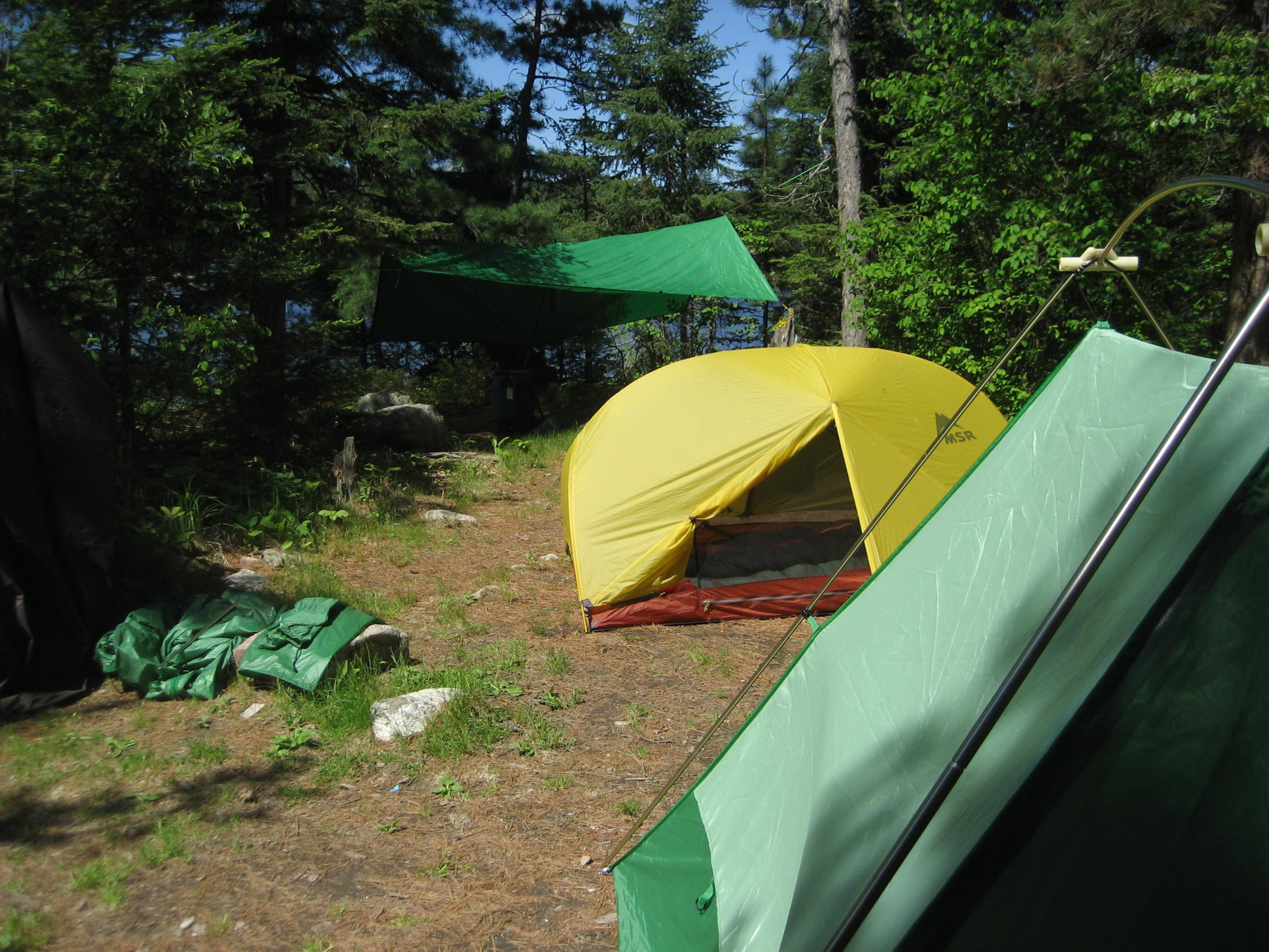