After having camped in the forest just north of Tofte at a beautiful riverside campsite on the 28th , we were up at the crack of dawn to get bait in Grand Marais and head up to Tuscarora Lodge to get the needed rental equipment and hit the water (only needed a couple canoes for part of the group).

Overall, Tuscarora was a positive experience. Although, we did find it odd that duct tape was placed on the bottom of the rental canoes to babysit how they were treated. We were told they would know exactly what we did to the canoes due to the tape. Also, anti-gun sentiment was very apparent as the rules were read to us. We weren't planning on shooting or anything, we never even mentioned guns. We were basically told to alert authorities if we hear gunshots, as that's what most people do. We just thought it was unusual we would be discouraged from a lawful activity with no prompting whatsoever. We could only assume that past guests had been disrespectful of their canoes, and irresponsible with firearms. No hard feelings.

The experience was overall positive. Ada was straight forward, helpful, and knowledgeable. She even pointed us to some good fishing spots that were productive.

We set off on the river and enjoyed a pleasant paddle to the south end of Cross Bay Lake, where we caught a nice 17" walleye from shore within 10 minutes of landing. That afternoon we set out after walleye. We were targeting walleye but did not catch any until about an hour before dark, when it got HOT. We pulled in 20-25 walleyes, most too small to keep. A few small pike were mixed in, but no bass.

We had a fish feast that night and enjoyed perfect weather. 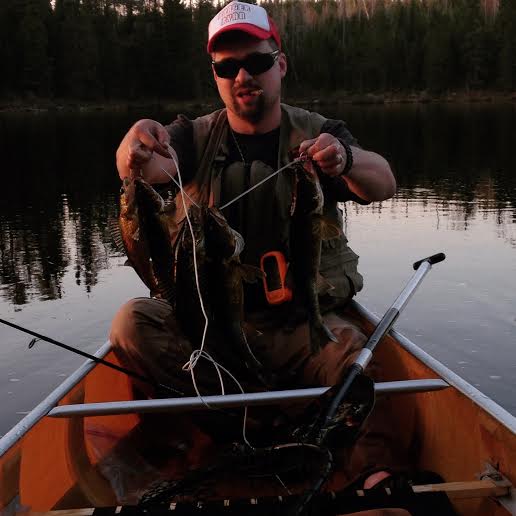