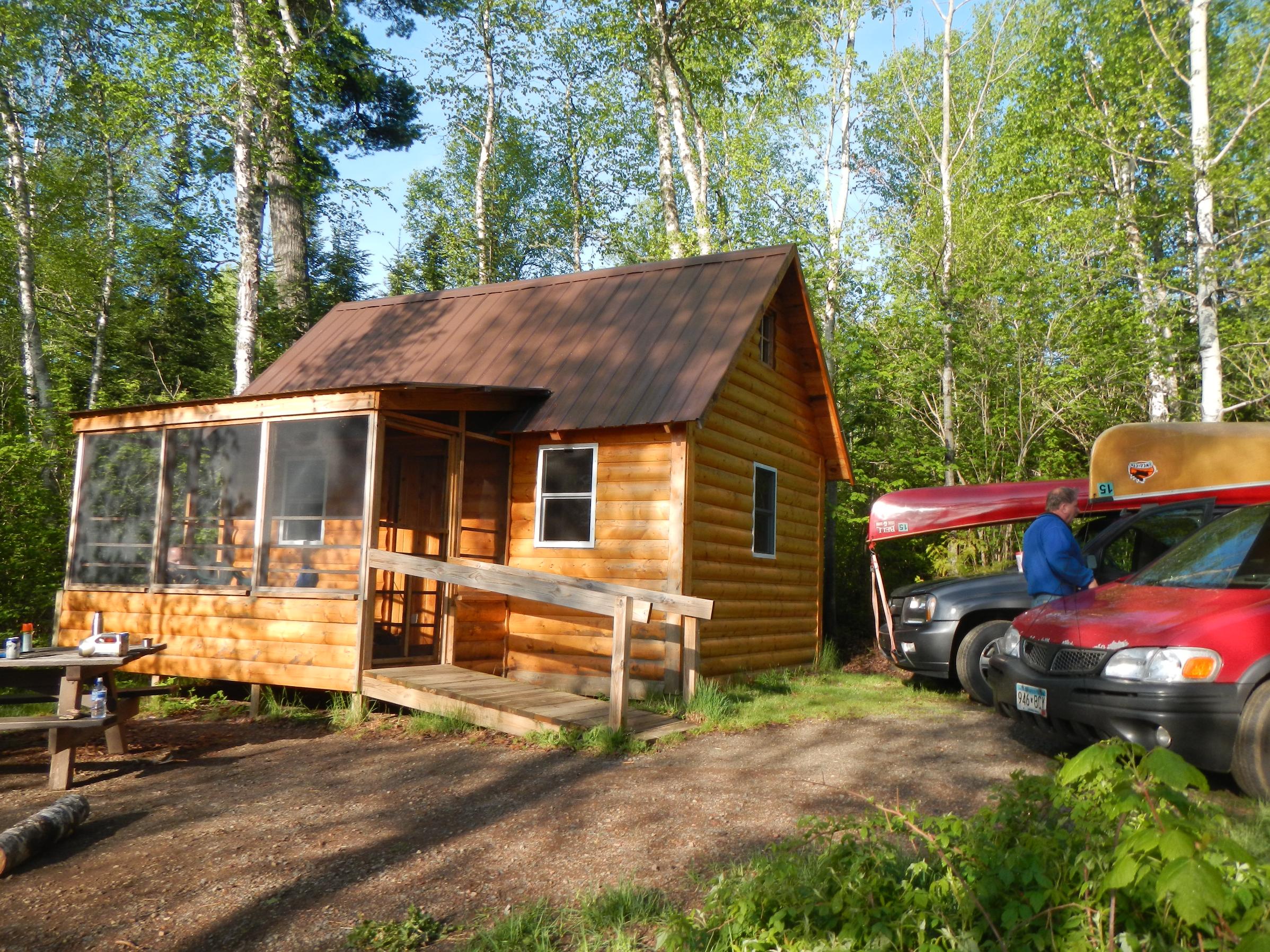 Since we were entering at East Bearskin Lake, I chose to rent the Aspen camper cabin (at the East Bearskin Lake Campground) for the night. Since there were 6 of us, this was the more economically prudent overnight option versus an outfitter bunkhouse.

After securing our permit at Bearskin Lodge, we returned to the campground boat landing to start our adventure. It was a beautiful day and the paddle east was a taken at a relaxing, pleasurable pace. We chose to take the more convenient southern arm portage to Alder Lake. 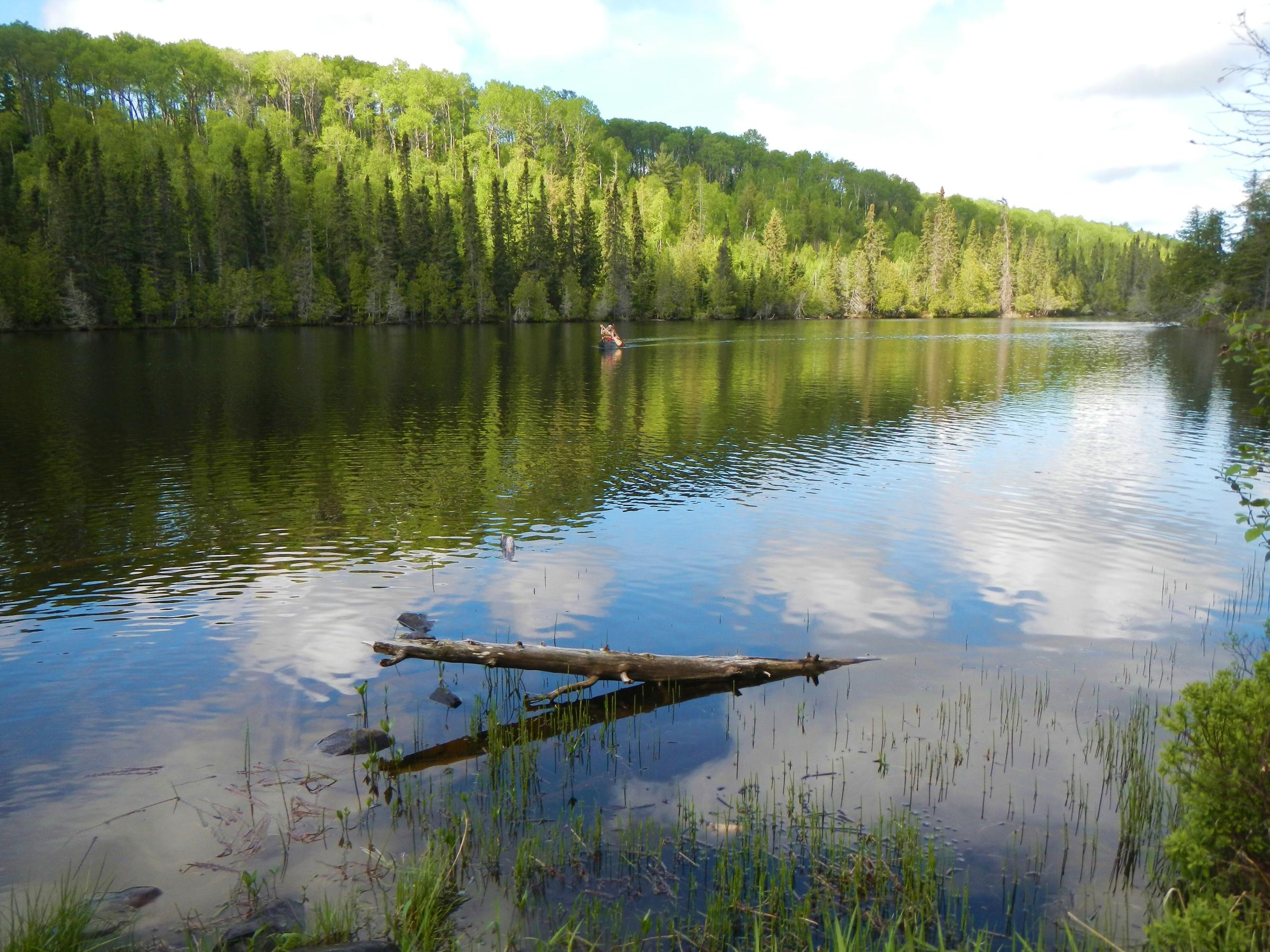 This trail is about as nondescript as a portage of this length could be. The aromatic indulgence, from the large pine trees along the way, filled the air and helped put us in the proper frame of mind as we went about the task. 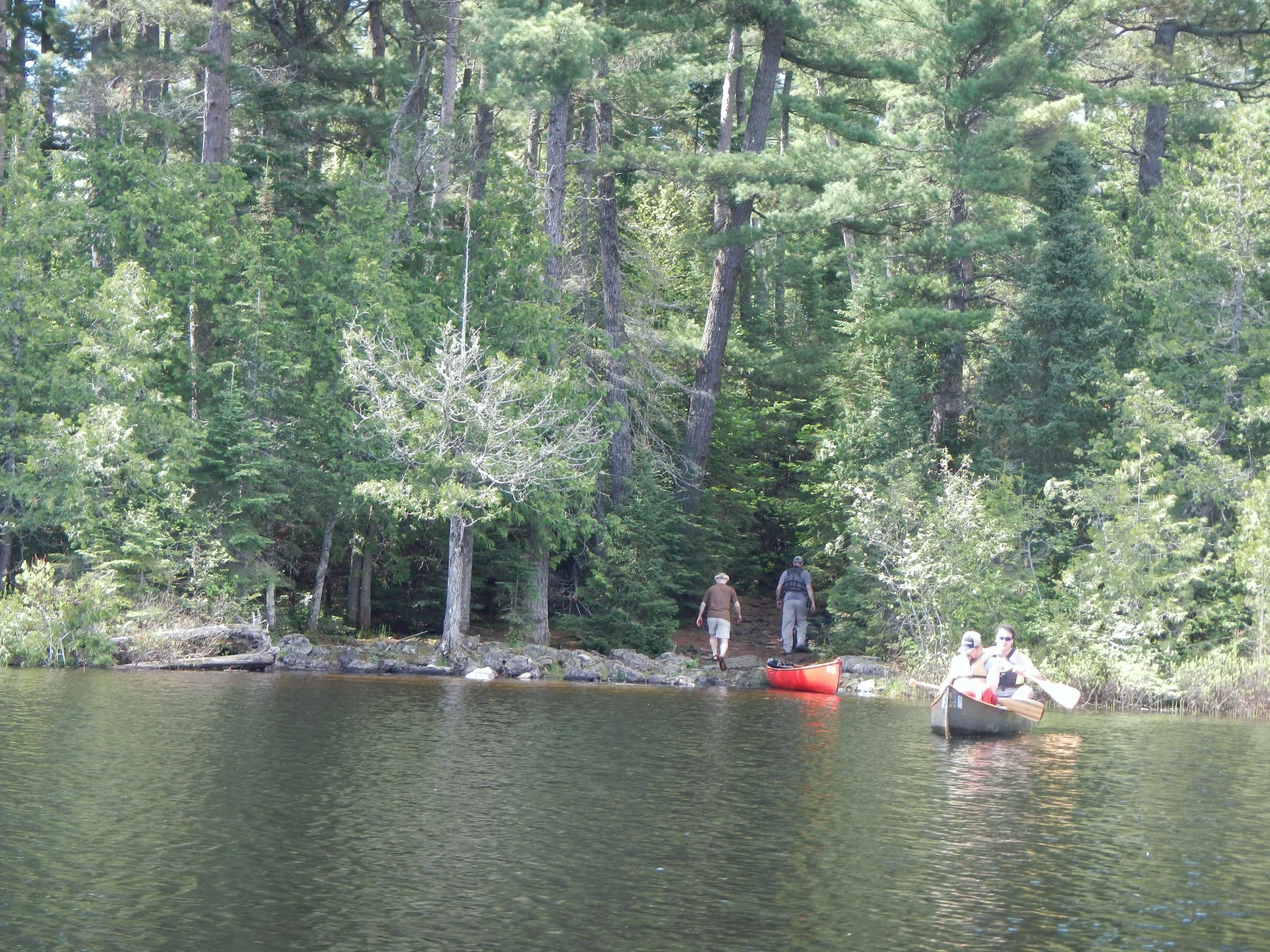 Alder is an exceptionally scenic lake. Large pines guarded the undulating rocky shorelines, as we paddled down this (thankfully) mostly unpopulated waterway. I had targeted either of the 2 western sites on Canoe Lake, (which could be seen from the portage landing) so after reaching the short portage, I instructed everyone to hold off a bit while I ran across to check campsite availability. If they were both occupied, I’d planned on heading towards Pierz Lake, so I didn’t want us to unnecessarily haul our gear across. While the site directly across the lake was occupied, the western most site was open so we proceeded across the portage.

After bringing his first load across, Ross told us that the group using the middle site had pulled up camp and was paddling for the portage. Since I consider this the premier site in the area, our timing couldn’t have been better. So of course, after completing the portage, we paddled over and claimed it as our home.

This large expansive site aided in getting camp up quickly, as there was no need to bump elbows. Afterwards, we all gathered around the fire grate area to relax a bit. Since this wasn’t planned to be an overly taxing trip, we all brought some extra luxury items. Soul Brother had Dan Cooke modify one of his old packs to be insulated. We loaded it down with ice and brought in several pounds of fresh meat. Additionally, I had brought a couple growlers of Blueberry Blonde from The Boathouse in Ely, and it proved to be a most refreshing, ice cold treat. Soon thereafter, Lt. Dan was plying the waters for the first catch of the day. 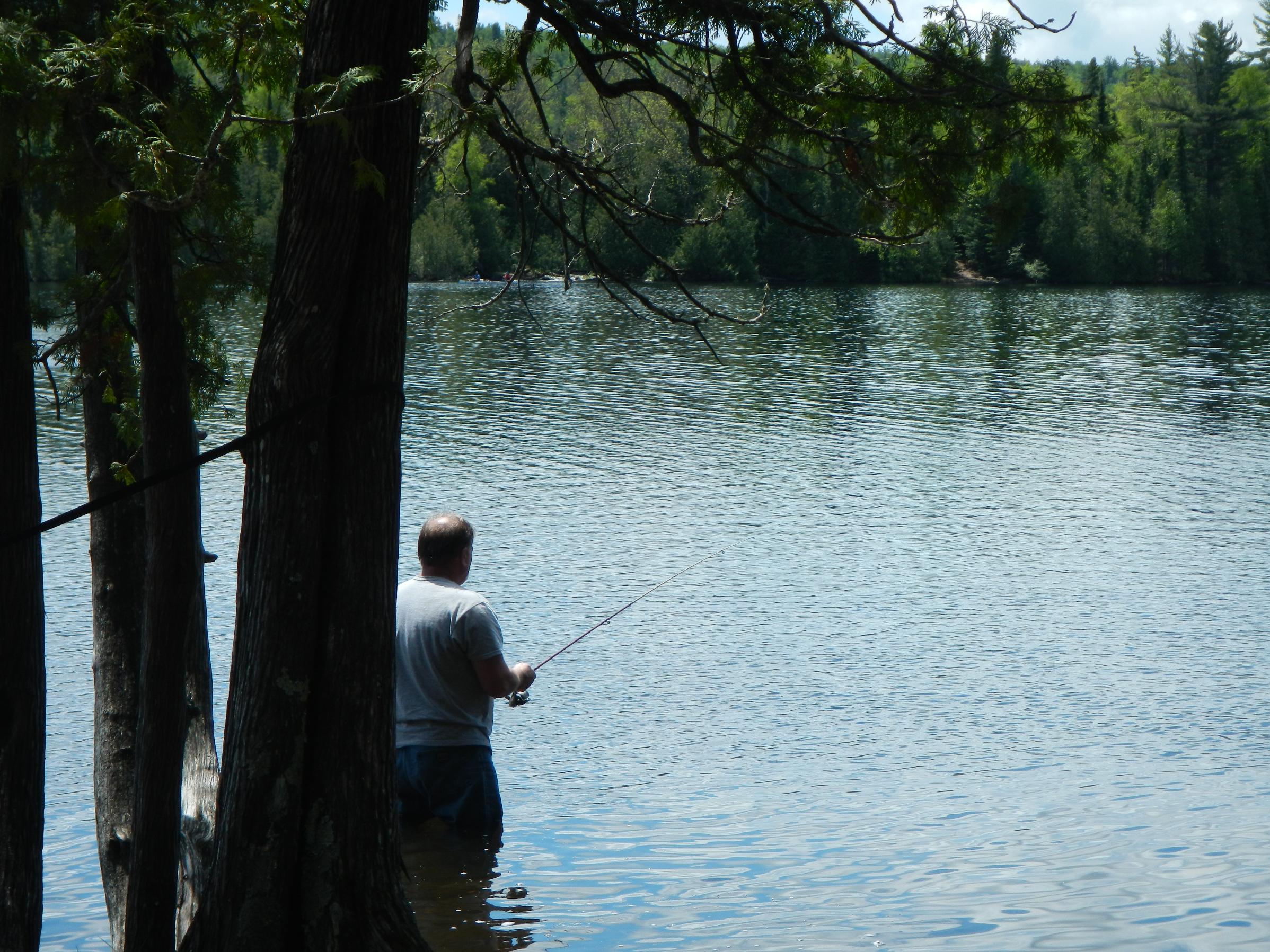 The hammocks were often occupied throughout much of the early afternoon, and an early supper of jambalaya with devoured with thoughts on hitting the water early to try and get a jump on the fish. Unfortunately, the fish weren’t as eager as we were and we returned to camp with our collective tails between our legs. Never the less, we enjoyed the splendor of the rest of a beautiful canoe country evening. 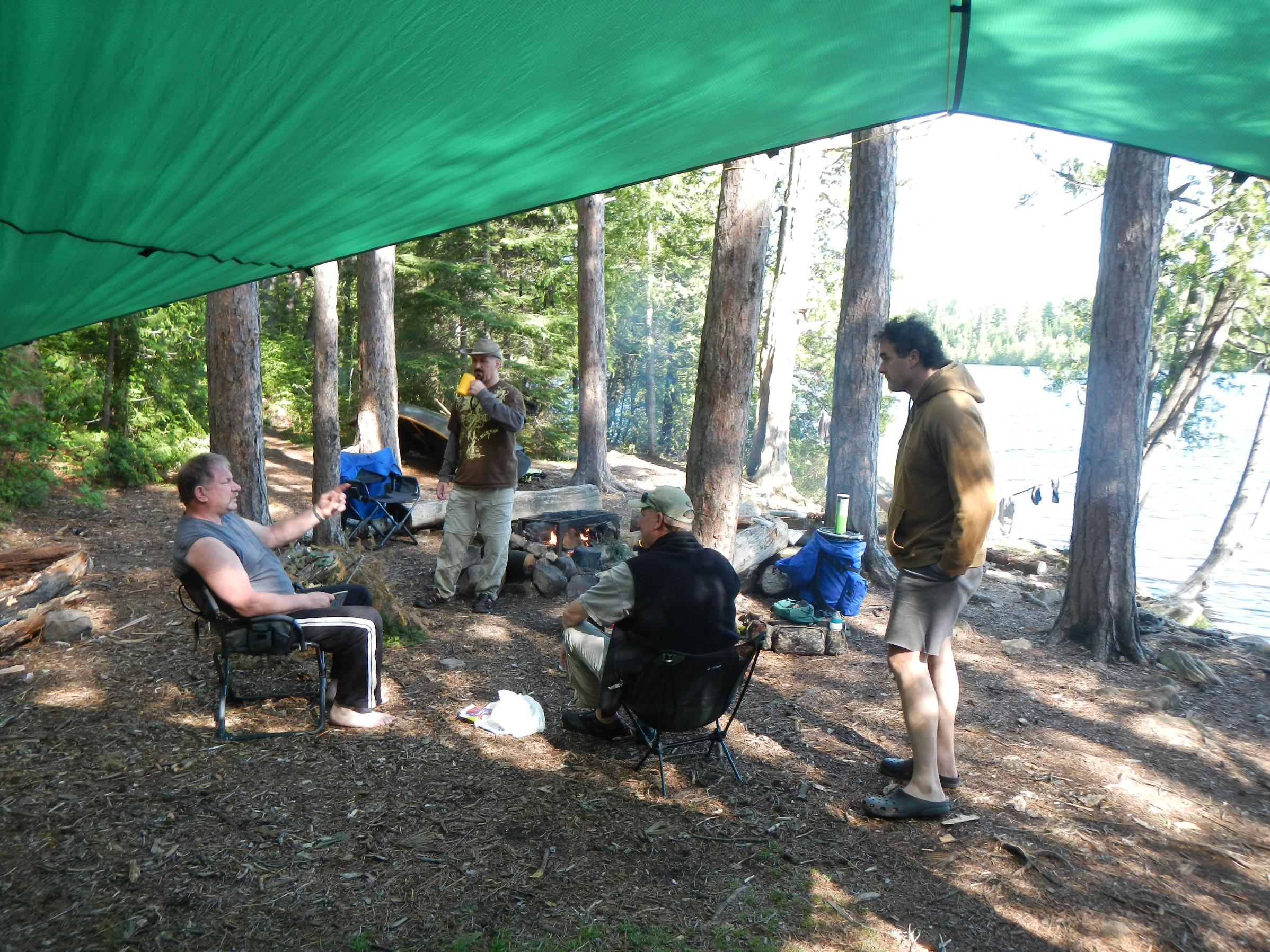 Spirit of the Wilderness