Burntside to Cummings
by PinkCanoe

DAY 1: We stayed in town above Ely Outdoors Company in the bunk house. This was a nice change from years past. We were able to enjoy the town and not have to make the long drive out to another outfitter. This nice space had its own kitchenette, slept six and had a private bathroom and shower accommodation. We found the family friendly and great customer service. We woke 7/25/2015 and had breakfast at Insula, which was also a nice change in experience from years past. Our outfitter towed us across Burntside to put-in #4 and we headed down the 420 rod portage to Crab Lake. This portage was not difficult in terrain but the length surprised us because we had planned to do two passes. We paddled Crab Lake and took the 20 rod portage into Little Crab. This was an extremely easy portage. Continuing on from Little Crab we paddled through Korb River into Korb Lake. We paddled through the 1 rod portage area with no difficulty and landed the only campsite on Korb Lake. The view was fantastic but I will readily admit that the steep climb to get to the cliffy site was exhausting. We camped here three nights and were able to place three 4-man tents and one 1-man tent here without too much difficulty. Temperatures reached 90 degrees over the first two days, making this rocky cliff site a bit warm with not a lot of air flow.

Night 1 Dinner: Hamburgers, Veggie Burgers, Onion with bullion and butter, mashed potatoes and green beans with a mixture of Windsor + Lemonaide, after which we had a nice swim in the lake.

DAY 2: Fresh blue berries were easily found in camp for our morning pancakes. We fished from shore and had a few to fry up for lunch (5 fish and our own Mahi-Mahi). It was a very hot day and a few opted for naps in the hammock. Overall, this was an uneventfully quiet and well welcomed restful day. We’ve already noticed that this is the least amount of black flies and mosquitos that we have ever encountered and that is a pleasant surprise.

DAY 3: We started our day with coffee and Bailey’s Irish Cream. A few active mosquitos this morning but still not even close to our previous experiences and we are pleased. Biscuits and gravy start our morning out. We day tripped to Cummings by way of Korb River and the 35 rod portage. The portage was extremely easy; however, I could see how it could be problematic with all the ankle biting rocks and tree roots if there were a lot of heavy rains to contend with. We have been blessed with great weather. We scouted out a couple campsites to see where we might move for day 4. We had two sightings of Bald Eagles on Cummings. We spent lunch on an island campsite towards the middle of the lake. A few of us cast a fishing line but only caught small ones that were thrown back. Today was another 90 degree day. After a nice afternoon on Cummings, we decided to head back to Korb Lake by way of the 70 rod portage. This was easy as well. We spotted some bear scat and a few dead furs (looked like rabbits) but otherwise the portage was uneventful.

Night 3 Dinner: Beef-n-noodles were rehydrated for dinner and we added corn. The drink of the night included arbagutz (our own concoction of 1/3 {100 proof} Peppermint Schnoops and 2/3 {60 proof} Ginger Brandy).

Day 4: Coffee was on by 6 am. Rehydrated hash-browns fried in the skillet and covered with gravy served with bacon. We broke camp and shuttled our gear down the steep stairway to the water’s edge. As we were leaving this campsite we noticed geological markers at the cliffy edge. We opted for the 35 rod portage at the end of Korb River heading into Cummings Lake. We landed the campsite on the far Northeast side of Cummings just shy of the 645 rod portage. This campsite is supreme. Lots of wind kept the biting insects at bay. The box had a lid. We easily spread out 4 tents with plenty of other choices left. Our first lunch on this site included rehydrating taco meat and beans for burritos, added white queso cheese, white rice, and some Taco Bell seasoning sauce. It was a beautiful 80 degrees and we basked in the sun and fished from shore. A friendly game of euchre was started.

We saw beavers near the camp shore, which explained all the chewed wood and limbs we were encountering near our entrance. The sun set this evening was beautiful as it danced across the water from over the island ahead of us.

DAY 5: Strong winds through the night kept most of us awake. Roger and I woke up in the middle of the night and checked camp out to make sure nothing blew away. Our kitchen rain fly had broken lose and we had to reattach it. Breakfast consisted of biscuits and gravy with veggie sausage crumbles. The winds were high and we opted not to fight them. The highest temperature for this drizzly, windy day was 58 degrees. We had to get out some winter gear to stay warm. We fished from shore and played euchre. Our mid- afternoon walk around the campsite area was very eventful. We found the mother-load of blue berries! 7:43 pm the sun came out and the winds died down. With calm water, Roger and Bob took off in the canoe to explore a small channel we could see from shore. They fished until the evening. Jon, Donna and DeeDee all fished from shore. Roger had sorted out some dead leeches from his bait and left them on the rock near shore. This brought a curious and hungry visitor out of the woods for a free meal. The mink didn’t seem to mind that we were there but was eager to get as many of the leeches it could before scurrying off.

Day 6: Breakfast was coffee with Bailey’s Irish Cream, fried hashbrowns and pancakes. We broke camp fairly early and headed back through the 35 rod portage to Korb River, Korb Lake, Korb River through the 20 rod portage the 1 rod portage, Little Crab and Crab. We landed on the Northwest corner of crab in a cove near the 95 rod portage into Saca Lake. It was a surprisingly nice campsite that gave us a tight fit for four tents, a bit sandy, but we were thankful to not paddle out once we found it. Close to a marshy area, we fished from the canoe and enjoyed the loons nearby as we fished. The weather was fantastic. Lunch consisted of chicken salad wraps (bagged chicken {don’t drain} with powdered ranch dressing added, raisons, almond slivers, bacon bits). We grabbed our PFD’s and floated around the camp entry, passing the arbagutz and enjoying company. *good weather*good drinks*good friends* This was a great night for our dog, Shimi, to decide she wanted to learn how to fetch. The item she wanted to rescue from the water was our arbagutz bladder. She made several trips from shore to rescue the bottle as we laughed and kept tossing it back out for another round.

Day 7: We were up early for coffee and oatmeal, a hit the ground running meal so we would be able to hump the 420 portage x 2. We took the short paddle through Crab to the portage. The portage, once again, was easy but extremely long for the amount of gear we brought along. It was a beautiful day and we made our pickup by 20-30 minutes early. The tow across Burntside was a good choice. This was a very windy day and even the outfitter commented on the large winds. We passed two canoes who had swamped on burntside on their go in day and were being rescued. Showers at the outfitters, lunch at Rock Wood in Ely, and we hit the road for Indianapolis via Black Falls, WI. Our outfitter provided the bunk house, the tow across Burntside coming and going (were on time both directions), showers, and canoes (one Souris River, two Wenonah Boundry Waters). We were pleased with the Souris River and highly recommend the Ely Outdoor Company Outfitters. 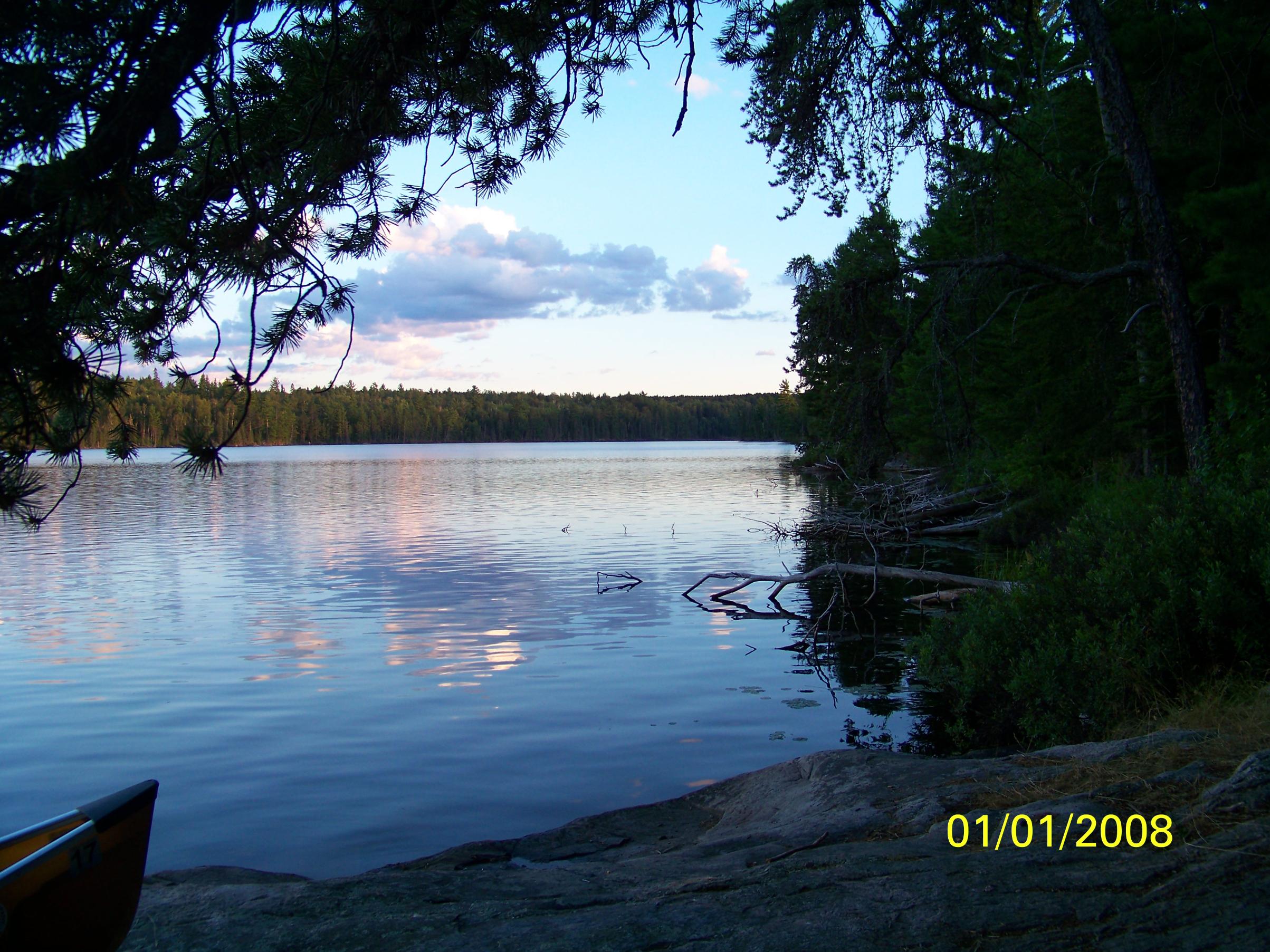 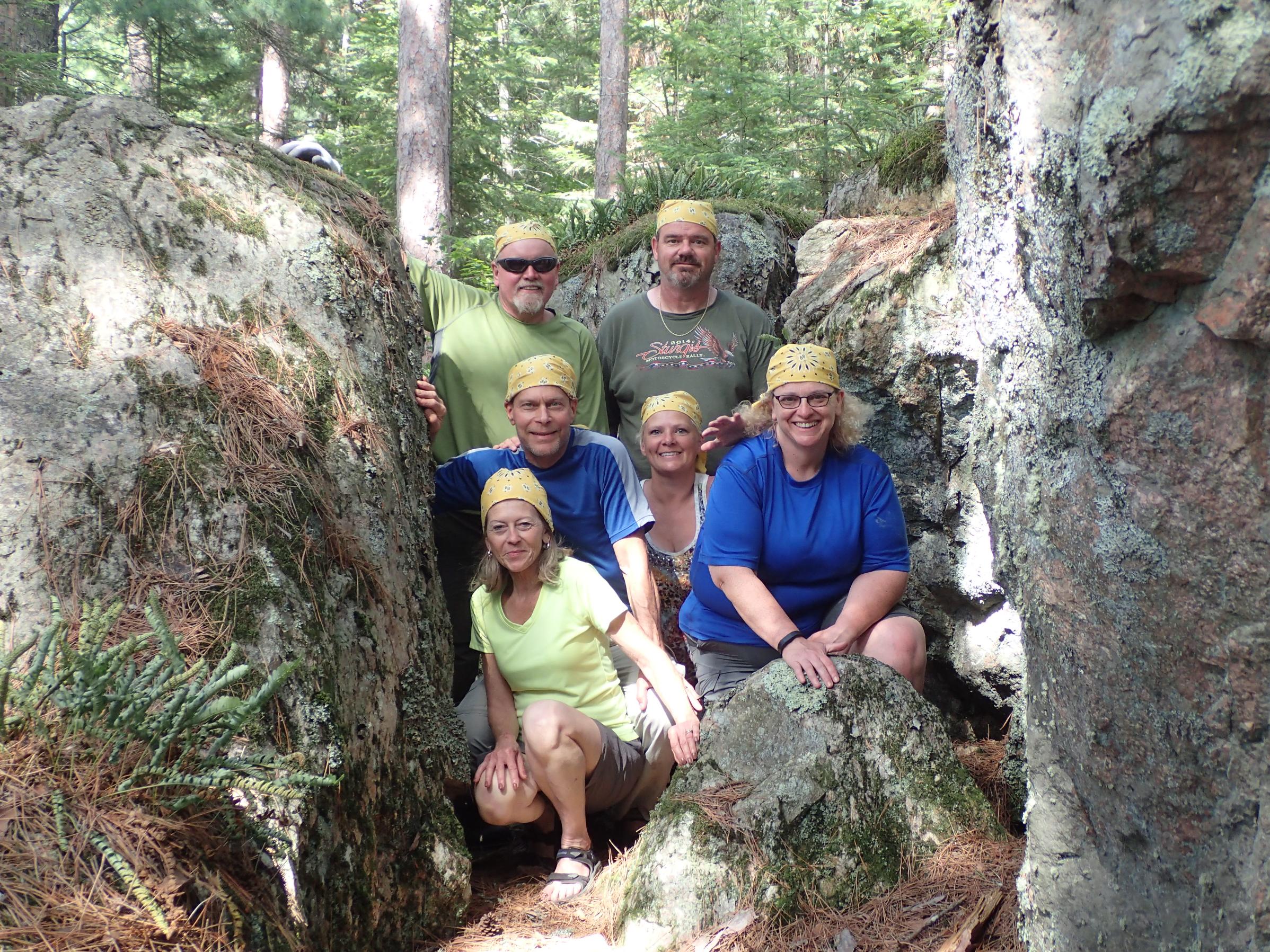 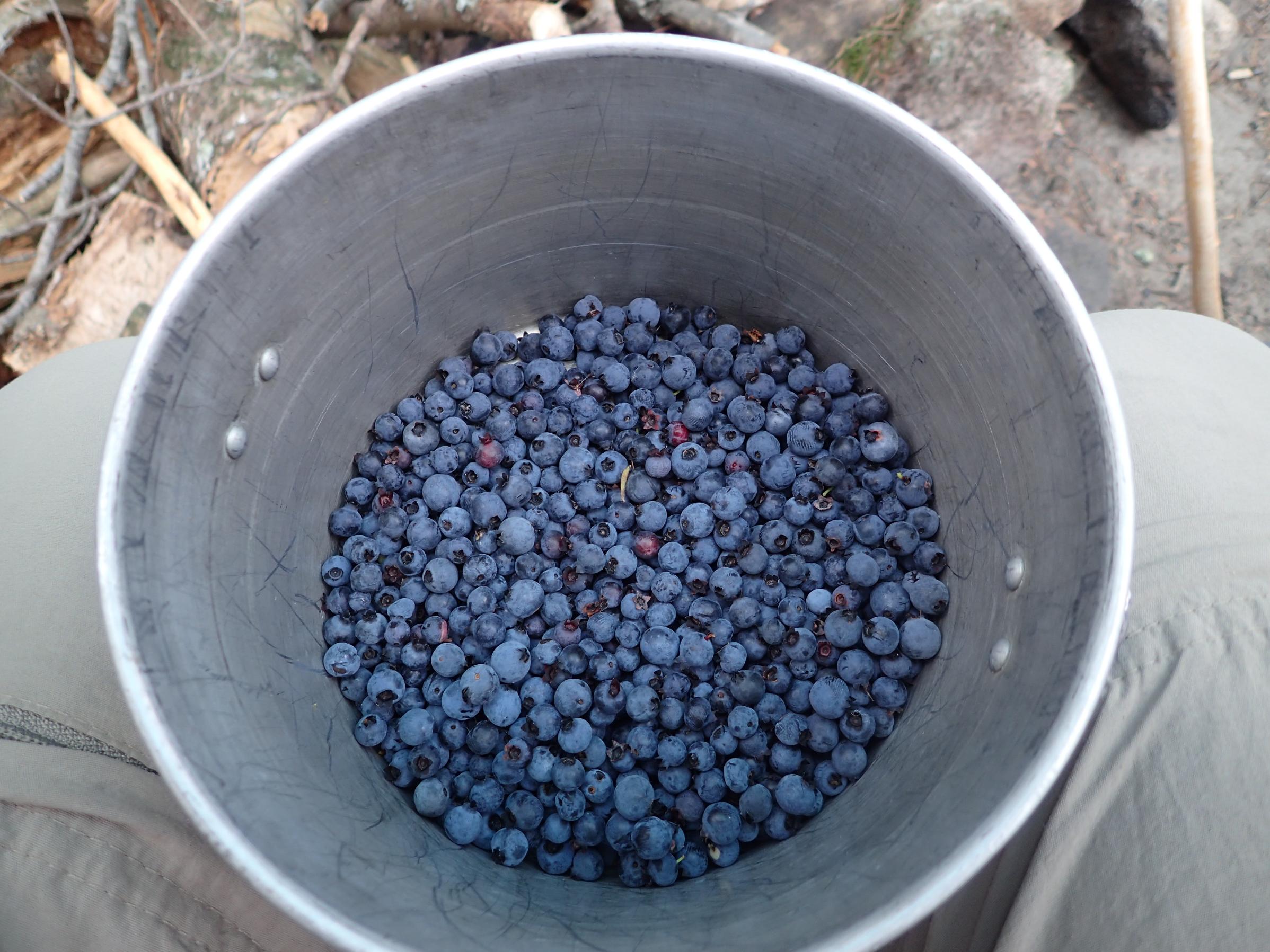 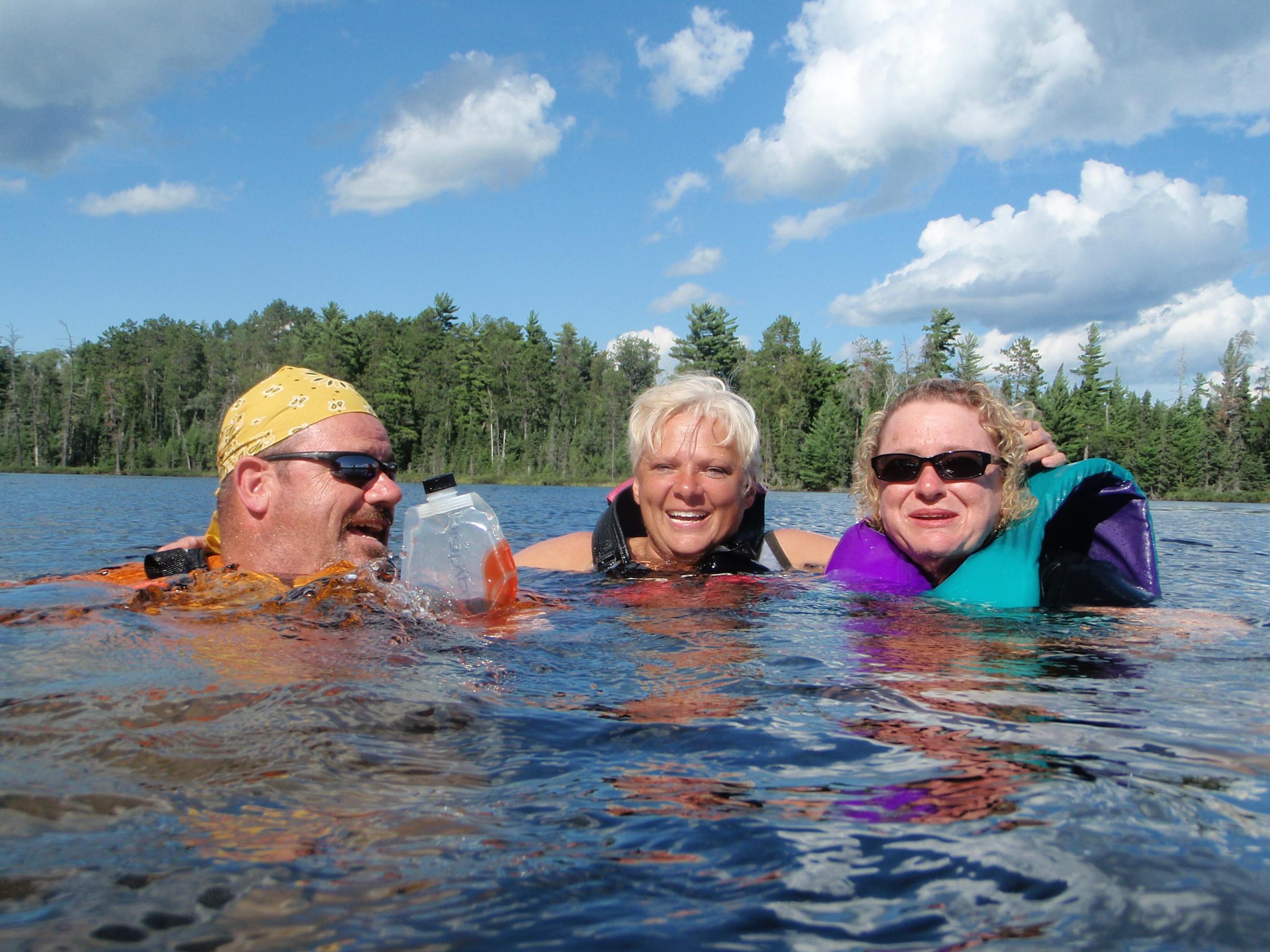 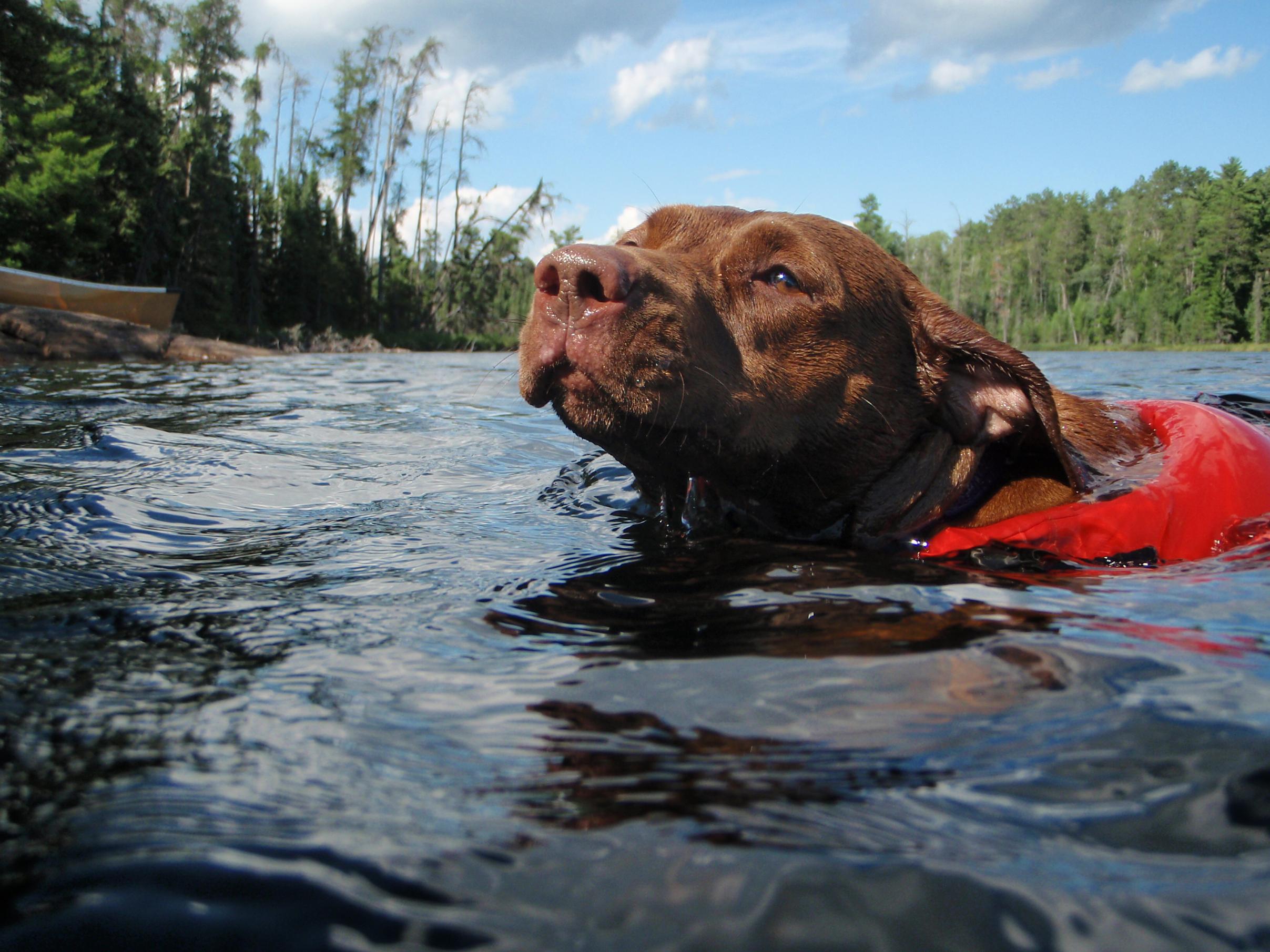 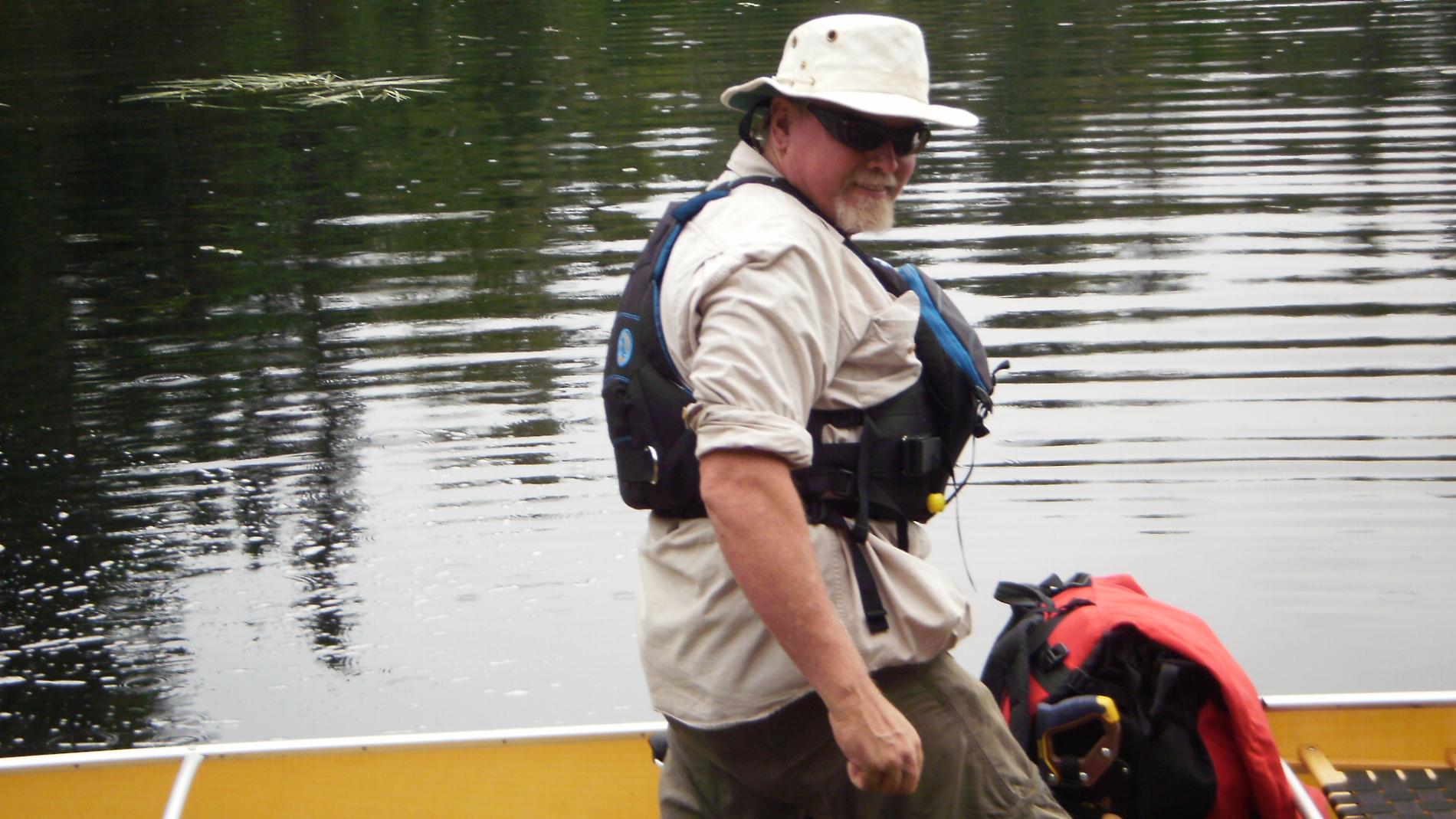 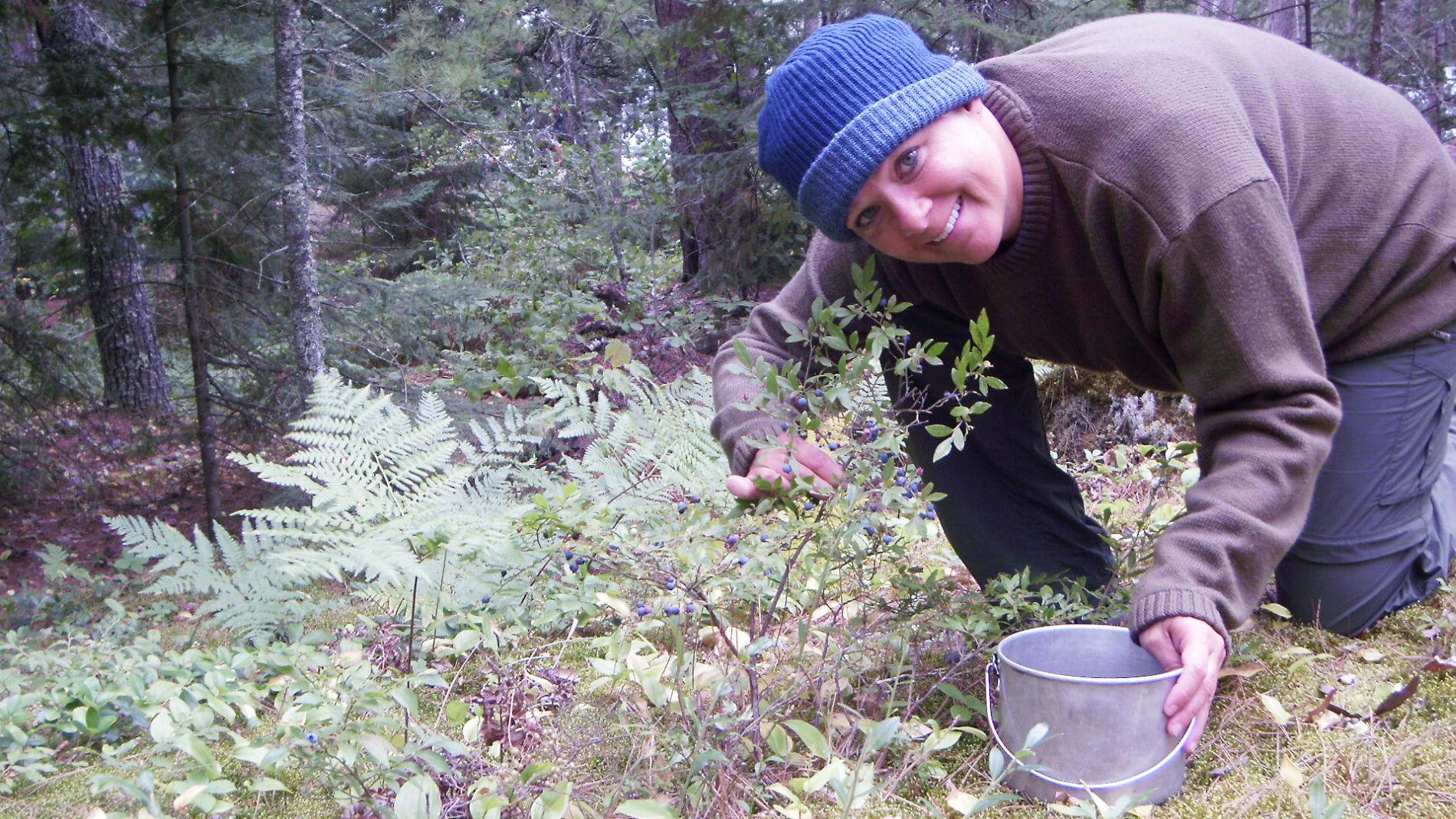 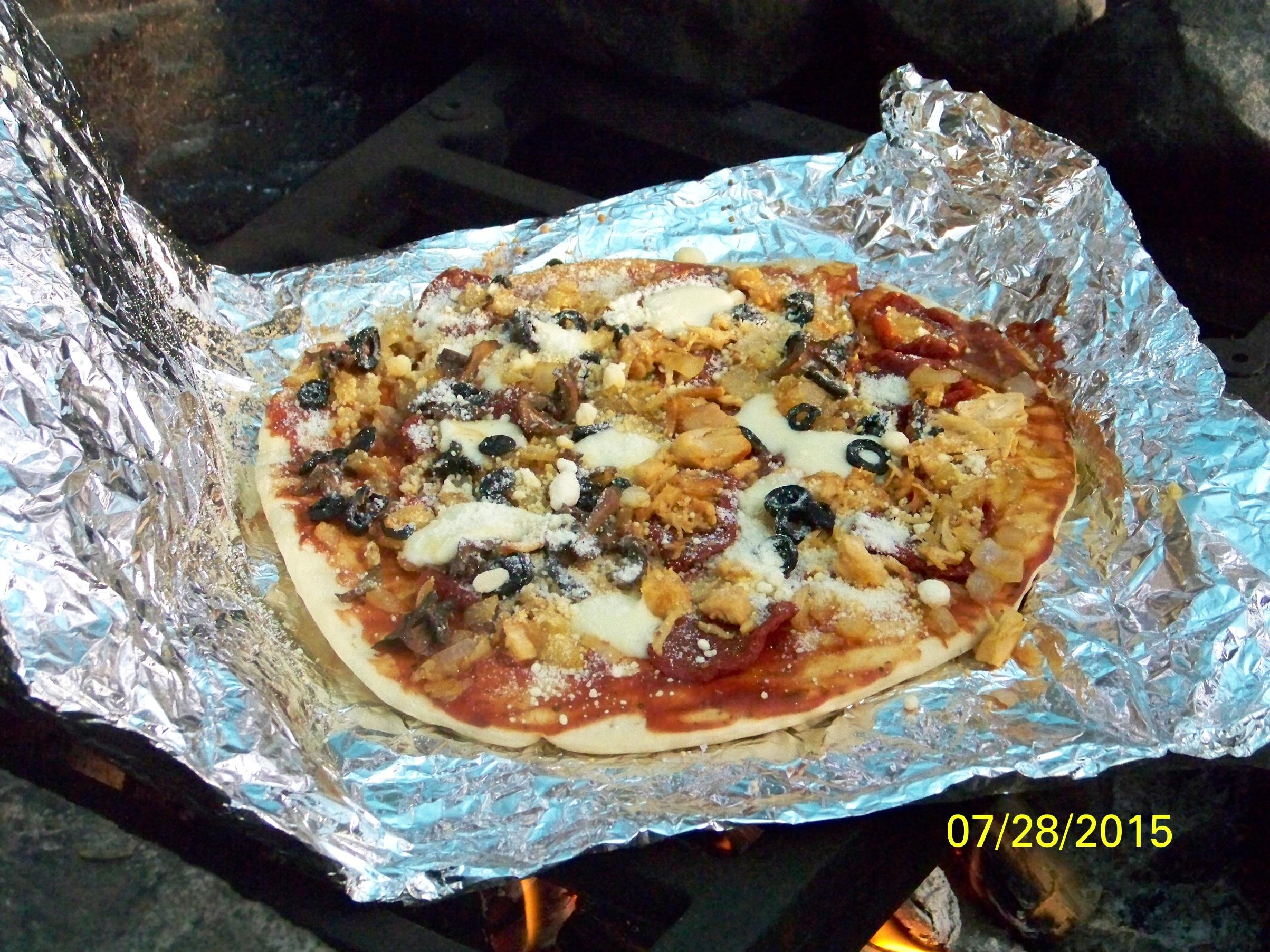