We set the alarms for 4:45 and had a quick bagel breakfast before we were off to hit the bait shop for leeches. We set our sights on the 5-star site at the mouth of the Horse River with the beach landing and wanted to get to the entry and hit the water ASAP. It takes a little organizing, be we soon have our 3 canoes on the water. The creek at Mudro was a little low, but for the most part not to bad. Having done this entry before, I prepped the group for the portage from Mudro to Sandpit Lake. While it is short at only 70 rods, the steep grade is difficult. Having dropped 30 pounds over the past 2 months, it wasn't as difficult as I remembered, but still a good challenge for our group. As we made our way to Tin Can Mike we chatted with 2 guys from Missouri that were headed to Horse as well. They had their sights set on the Island site at the north end of the lake. We met 3 different groups coming out of Horse and one said they stayed at the site at the mouth of the Horse, the plan is taking shape!! I decide since a group vacated it this AM, my mother-in-law, myself and my 8 year-old are going to push ahead to get the site. As we come into Horse, I notice the site on the large rock face is vacant, but really want the site by the Horse River. We pass the 2 guys from Missouri on the lake and are on our way. Excitement is short lived as the site comes into view. I can see a tent out near the point... We decide to paddle up anyway. Turns out they've been on the site for several days, I guess the group coming out was confused. Bummed we turn back to the large rock face site. We meet the rest of our group on our way back and finally pull into what will be home the next several days. As we look over the site we're pleasantly surprised at the ample tent pads and space. We set up camp and decide to do some shore fishing. The kids catch several bass and nice sized sunfish. The sunfish would make their way to our plates along with a few walleye we got from the canoe later in the evening. My cousin Jackson had the catch of the day. One of the rods was pulled into the water by a large sunnie and he was able to retrieve the rod along with the fish. Everyone hits the hay a little early tonight after a long day. 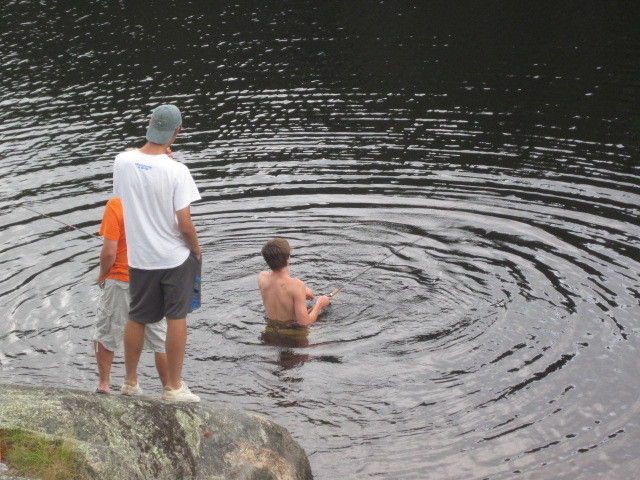 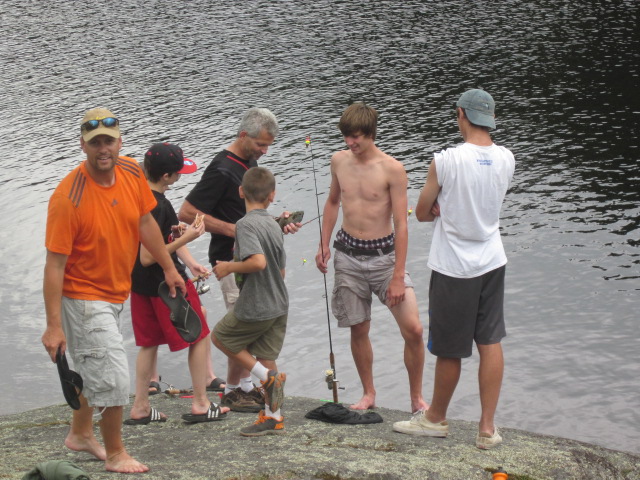 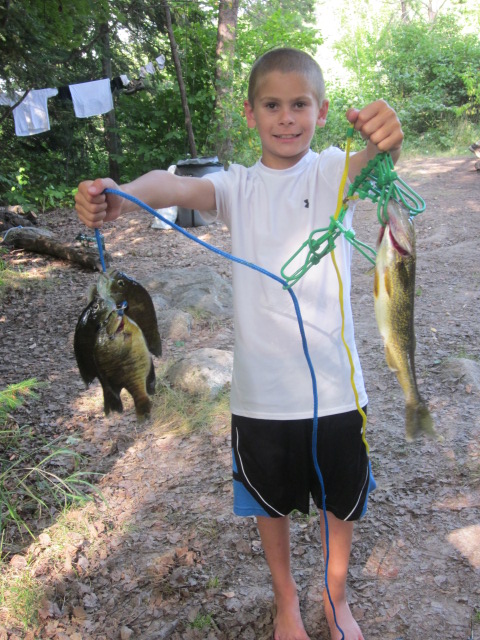