Sawbill to Tuscarora Lake and back again
by birchwalker

We got out on the water from Sawbill Outfitters around 9 AM. We were shooting for a campsite on the north end of Cherokee so we headed out at a steady pace. Three of us had never portaged before, so we started by single portaging. At the other end we had a clearer picture of why people double portage. I have great respect for those who can carry a 50 lb pack and a 45 lb canoe for 100+ rods, it astonishes me every time. We found the second portage instead of beaver dam hopping the creek on advice from Bill, although another group pushed through the beaver dams to meet us at the portage from Ada into Skoop. We were warned that this Ada Creek portage was a goat trail, but we were still surprised when we got there. This was the rockiest and muddiest of the portages we would see on the trip, but not too long. After a quick paddle across Skoop we embarked on the 180 rod portage into Cherokee Creek. There was much more elevation change here as we crossed the Laurentian Divide. The creek itself was stunning. There were at least three types of water flowers on either side, and the creek felt more green and alive than many other areas we encountered on the trip. We got a nice primer in beaver dams here. We headed for campsites on the north end. Most campsites were taken, but luckily the one we were headed for was open. About 100 ft from shore, Ryan shouted "NOOOOO! My paddle broke!" I almost didn't believe him, but sure enough, I turned around and he was holding a piece of his rented carbon fiber paddle in each hand. One day in to our trip and we had a paddle break. Of course, we left the two extra paddles we had in the car because we were 'absolutely sure that we won't need them, since we were fine last year'. We made it into the campsite and set up our hammocks for the night. We sat down to cook and perform emergency surgery on Ryan's paddle. With some dead wood, some super glue, and some twine, we brought the paddle back into commission. We spent the rest of the evening being serenaded by the talking cedars. Two of the trees had large cracks and groaned loudly in the wind. One sounded as if it were a rusty metal hinge, not wood. Even set up safely away from them, the sound makes you look twice. A nice rainstorm rolled through, although we stayed cozy and dry in our hammocks and the trees ceased their creaking as the winds faded to steady rains. 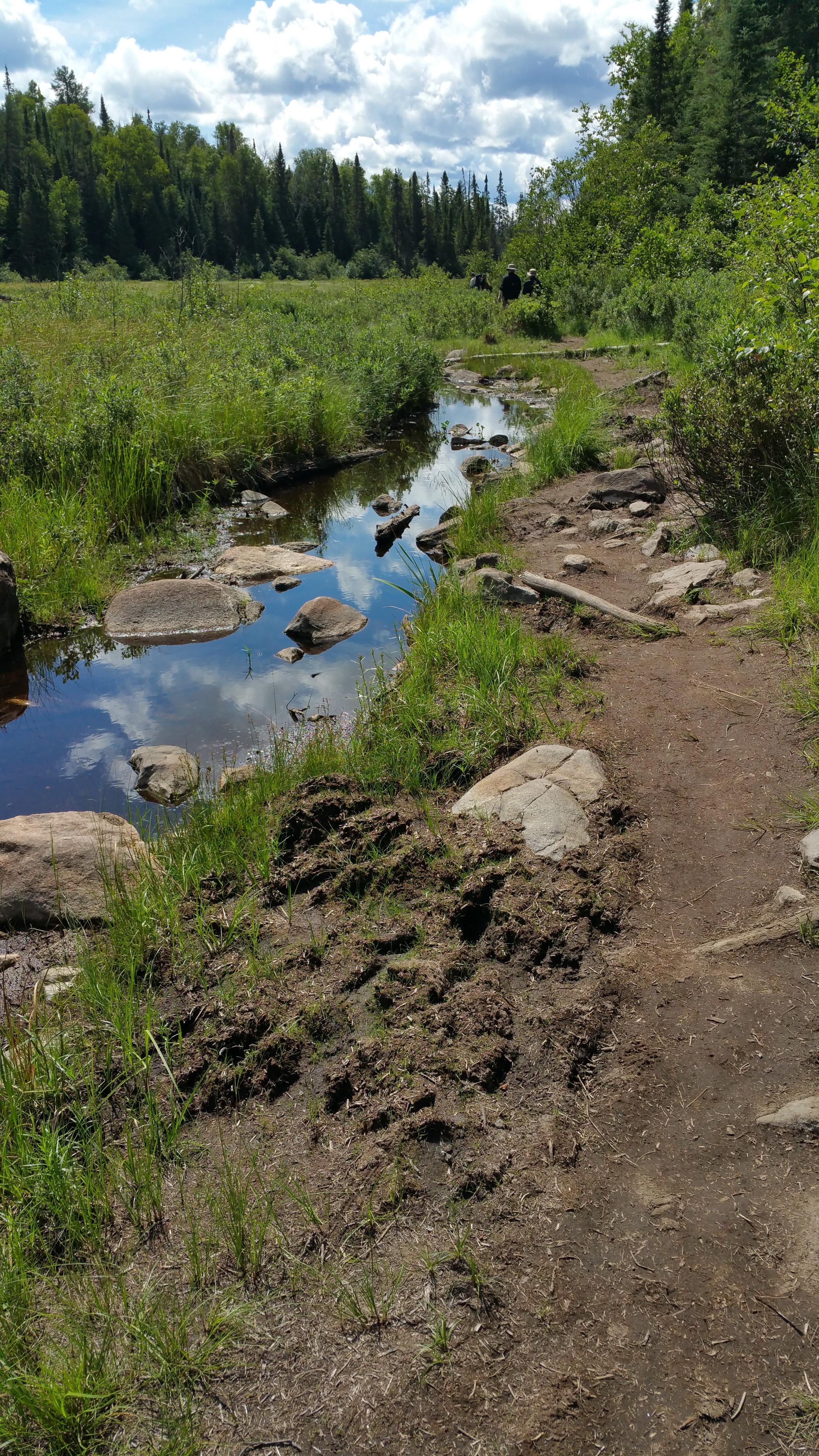 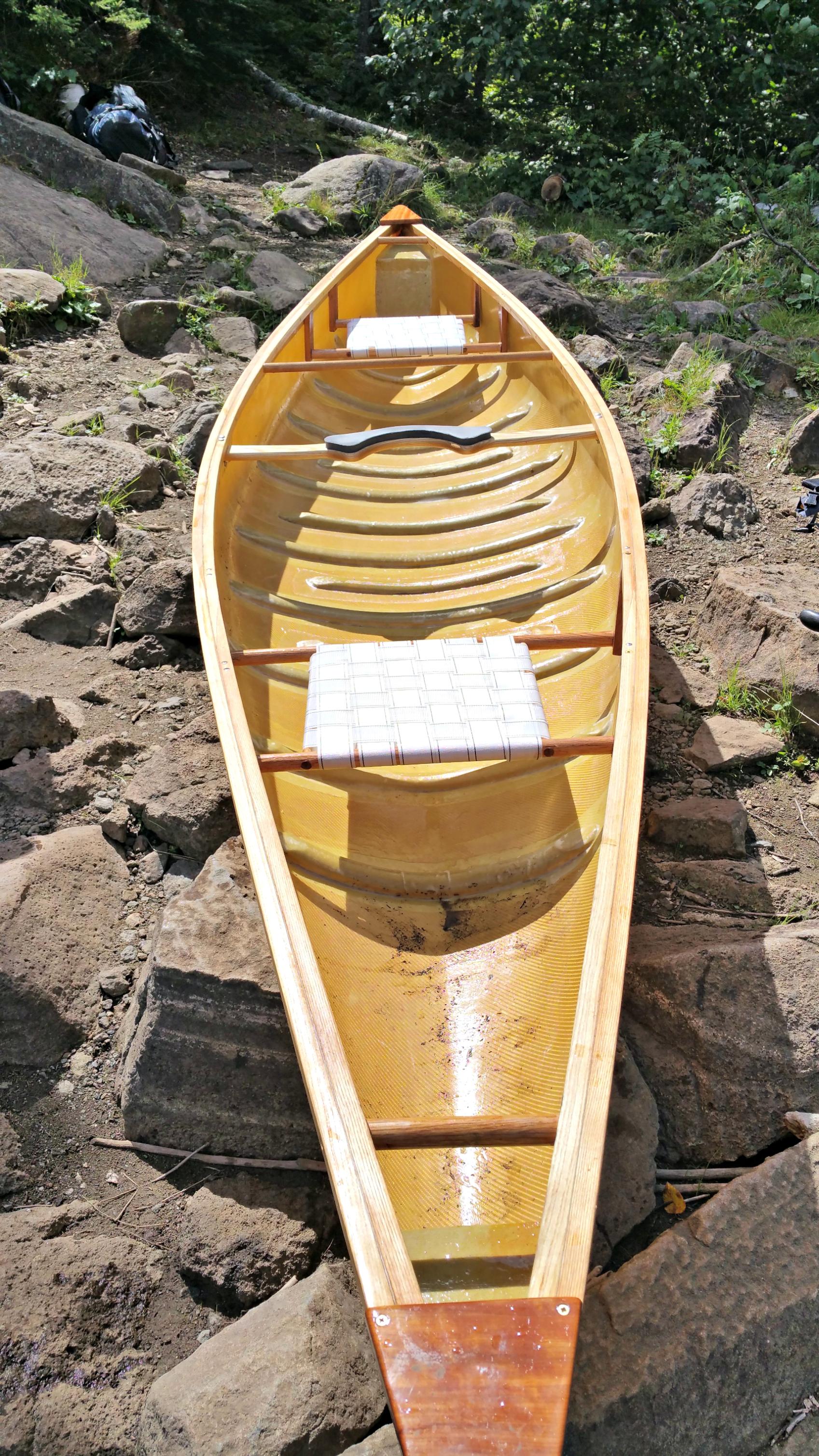 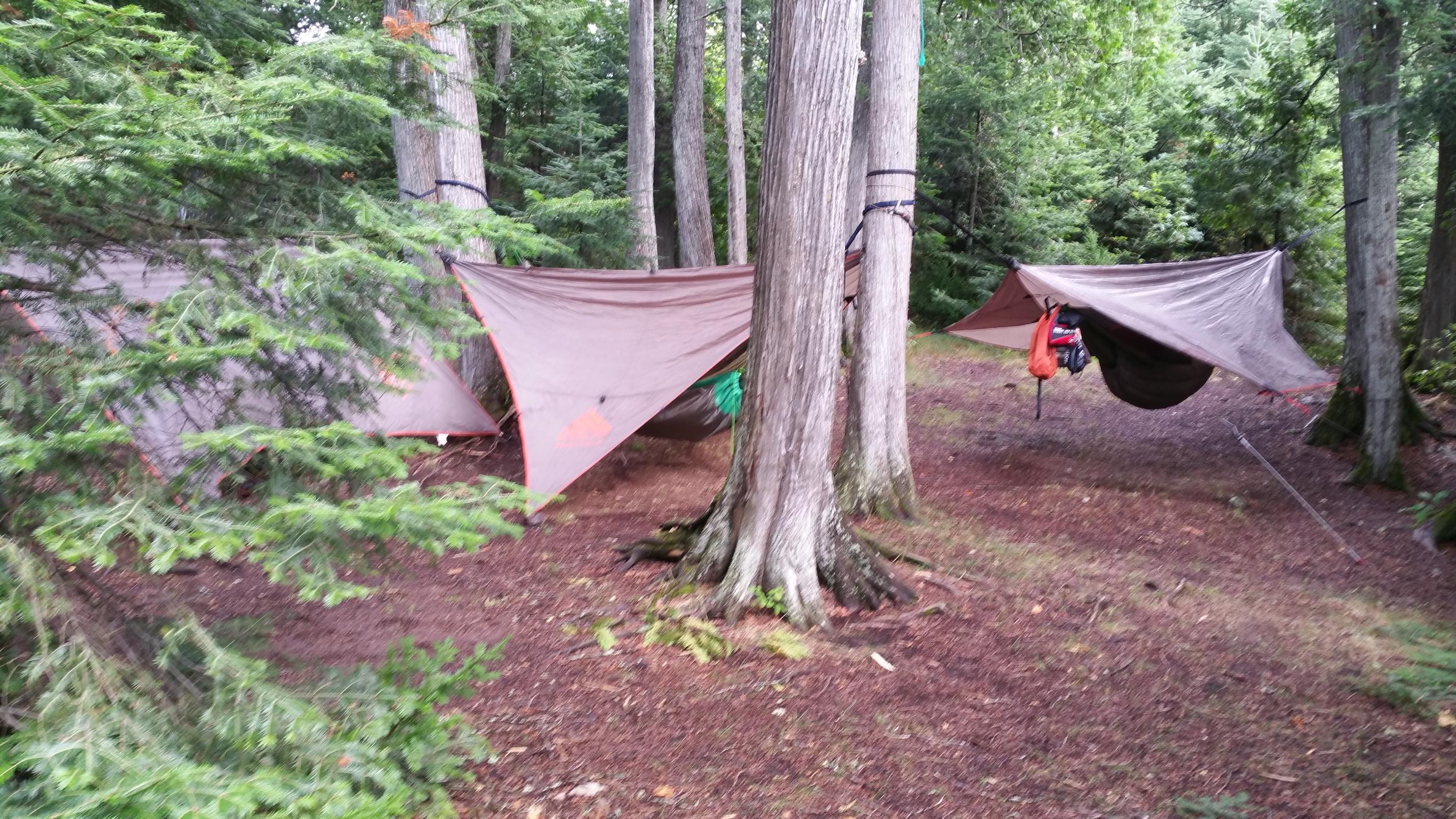