We left the Rockwood landing around 7:00AM with the expectation to find a site somewhere on Horseshoe Lake. We had relatively little trouble navigating Poplar Lake and eventually found our way to the first portage into Lizz Lake. 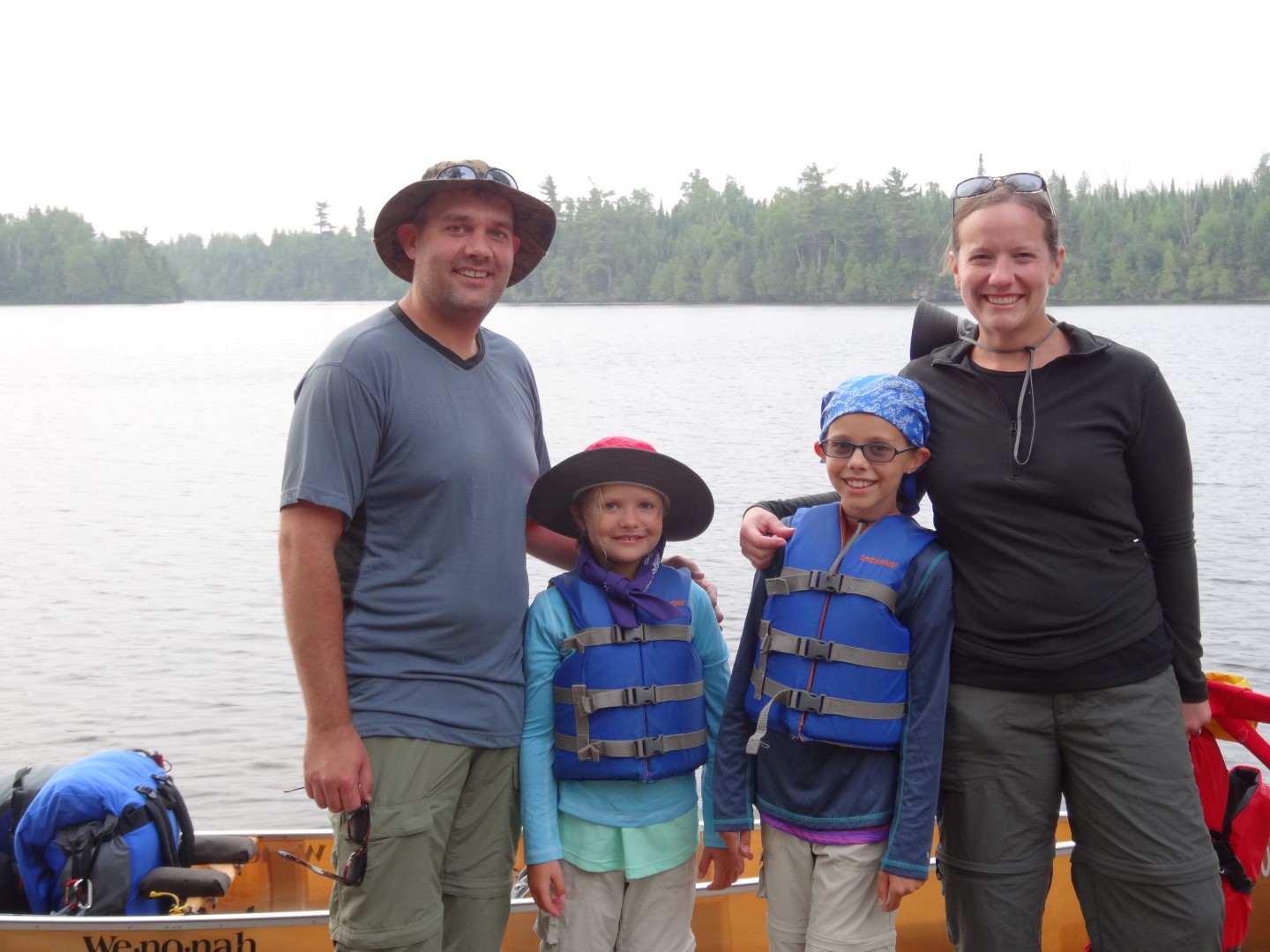 We crossed into Lizz and encountered our first people of the trip who informed us that the first site on Caribou was available as they had just left a short while earlier. With knowledge that nasty storms were forecast for late Sunday evening I decided that a bird in hand was worth two in the bush so setup camp earlier than planned on Caribou. 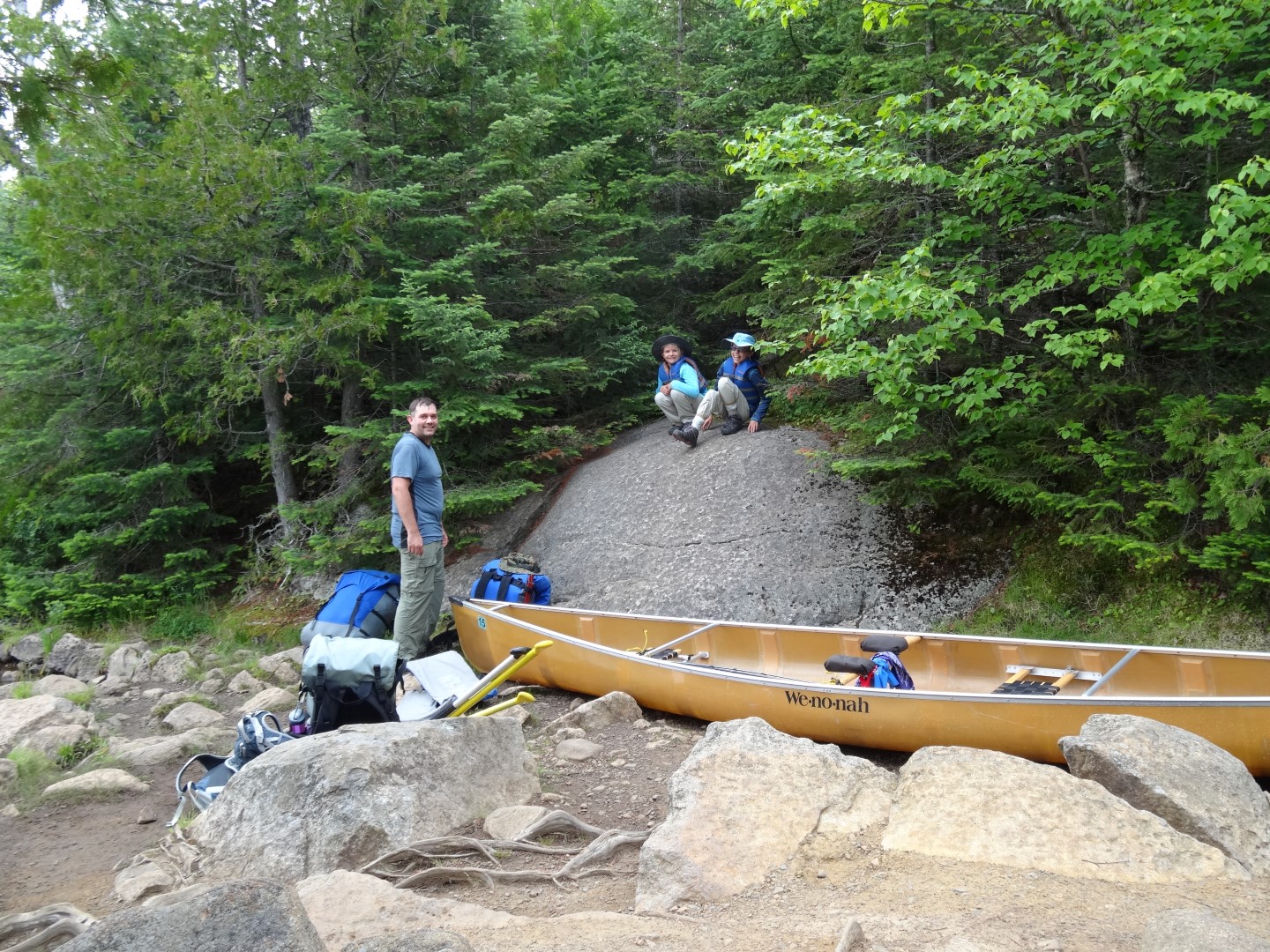 After setting up camp, we headed out to try and get my daughters their first ever fish with some general information from Mike. I let them pick out their own lures with K choosing a pearl fluke and M a purpledescent scatter rap. It didn't take long for K and M to simultaneously hook into walleyes each. With both girls each having a fish I had to decide which to land first...so I chose the biggest one. Thankfully the fish cooperated and we successfully landed both. We invited the larger fish to lunch. Thinking we had found a nice hole, we continued to fish but these would be the only ones of this trip. I'm still thankful they were able to get their first fish. 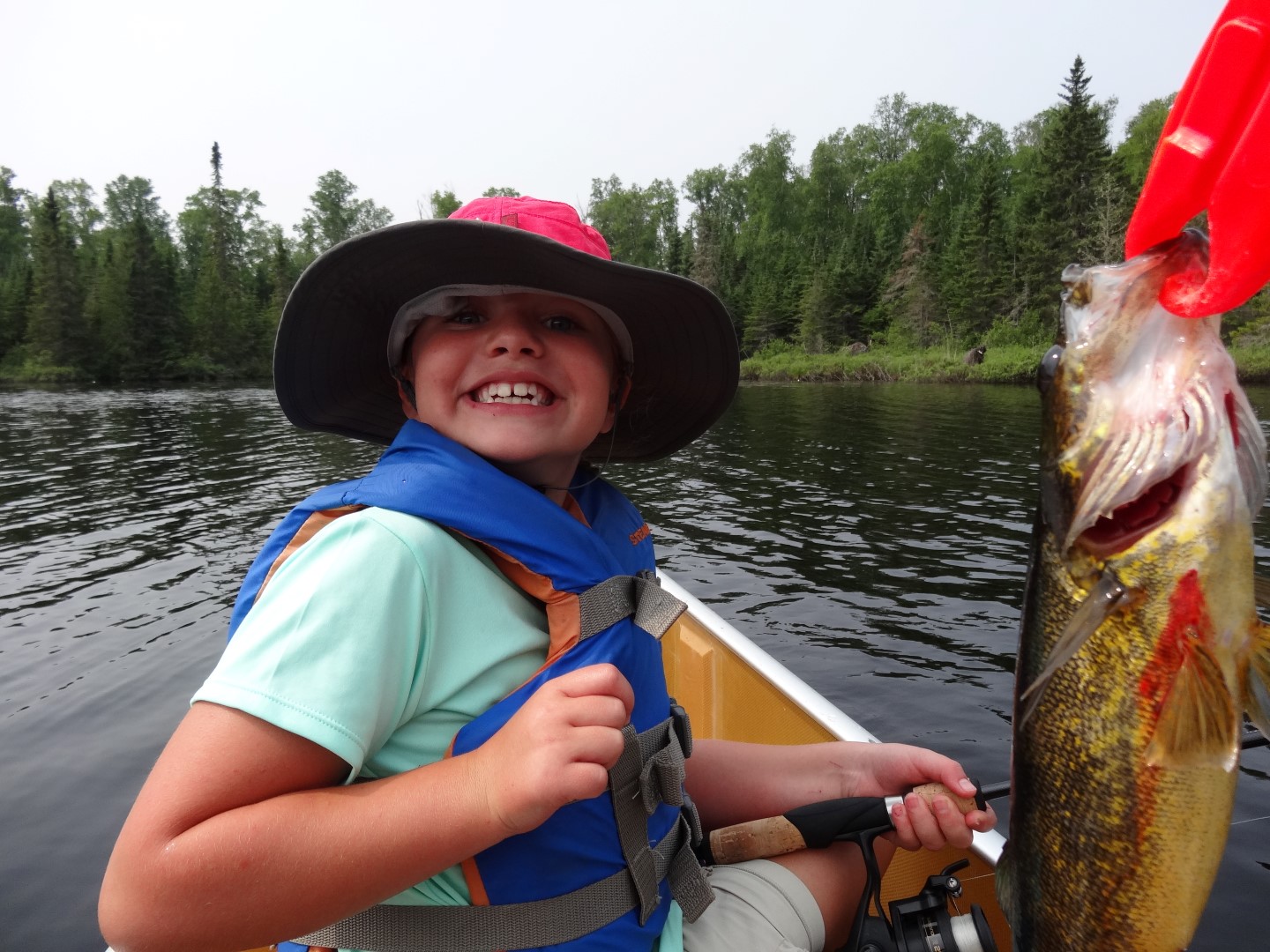 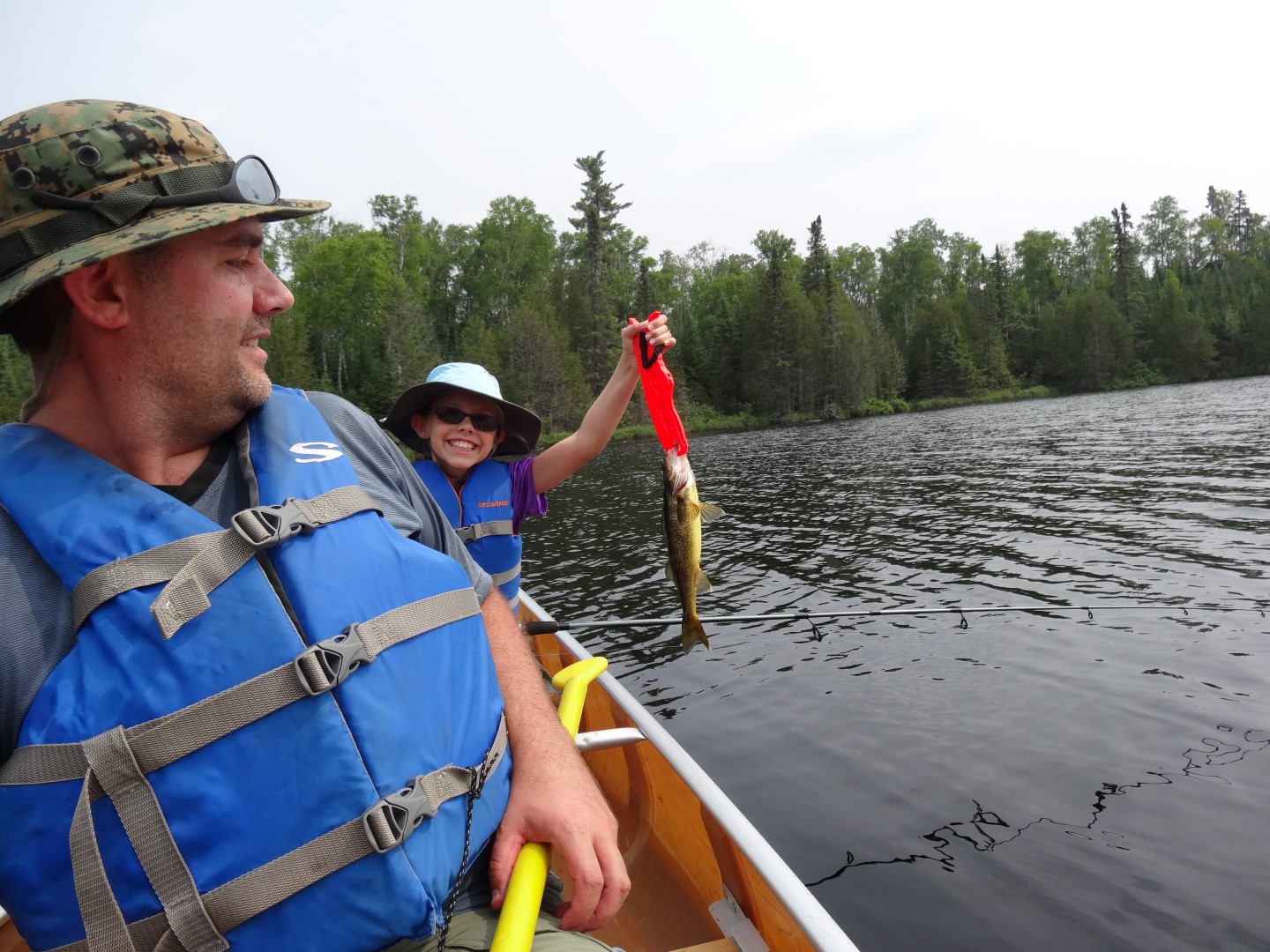 The campsite on Caribou was large, flat, and open, but we didn't like the hike to the latrine through slippery rocks and a swampy area. The girls continued to fish from shore with M finally succumbing to a nice scenic nap. 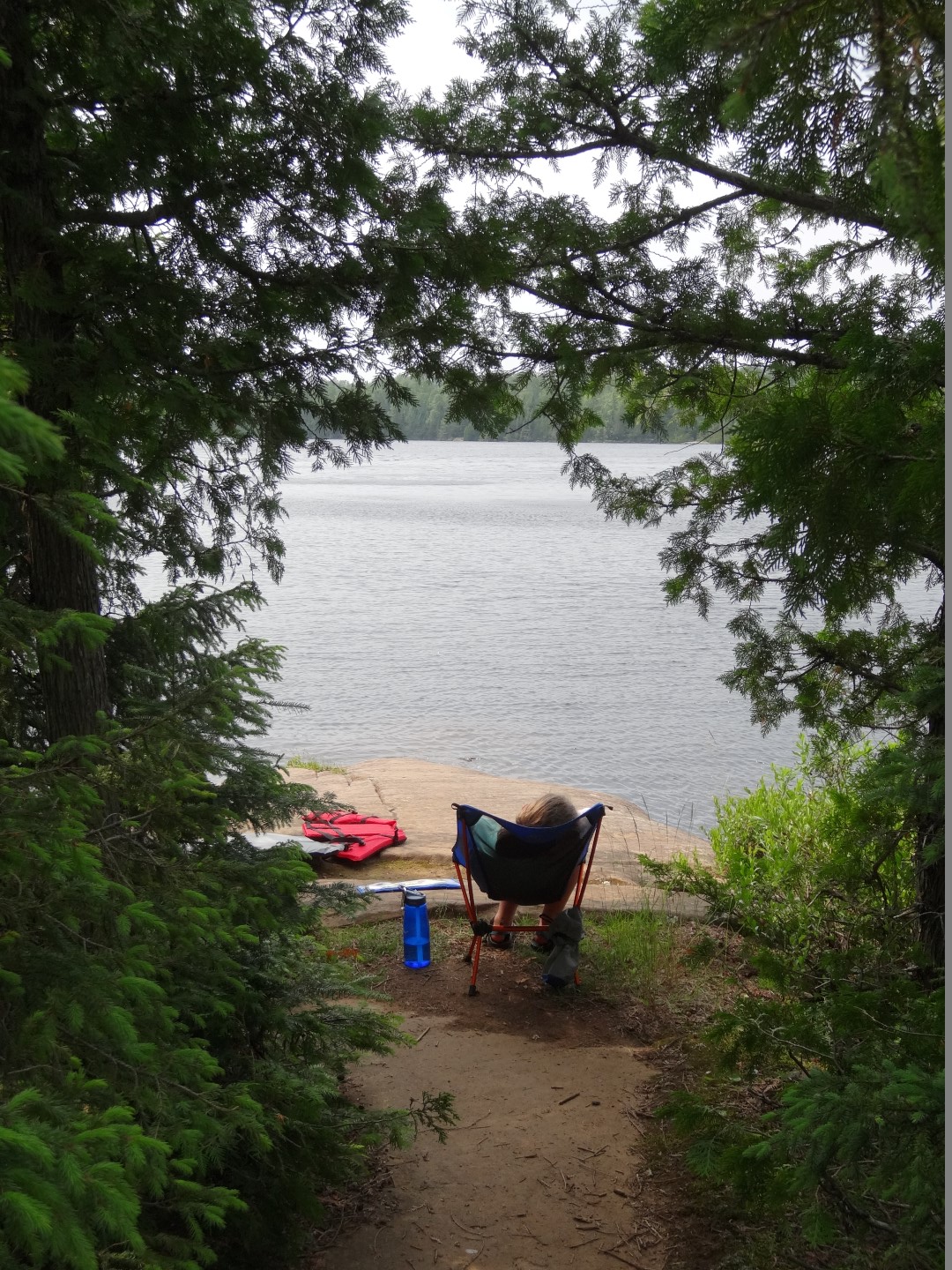 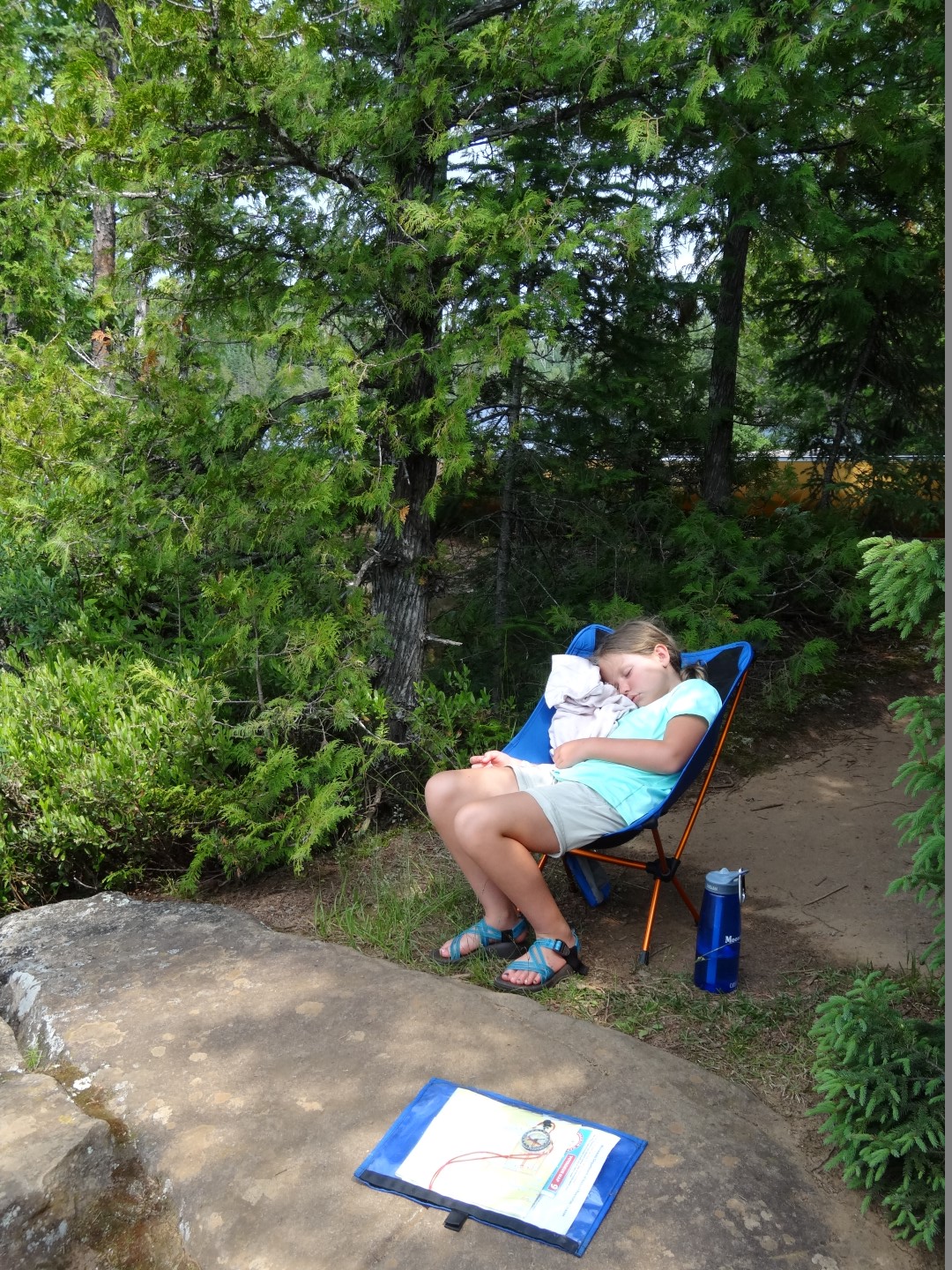 We ate dinner and headed off to bed with the sound of thunder and clouds building to the West. The storm hit around 10:30 with strong winds, thunder, lightning, and heavy rain, but was soon enough over. Thankfully our daughters slept through the whole thing.