Trip Type: Paddling Kayak
Entry Date: 10/01/2015
Entry & Exit Point: Wood Lake (EP 26)
Number of Days: 4
Group Size: 5
Trip Introduction:
Had to enter in the dark...
Discuss Trip: View Discussion Thread (4 messages)
Report
We arrived at the parking lot with an hour of daylight remaining (actually I had 2 hours) and 4 boats and a family of gear to carry. Normally that wouldn't be a problem but this one starts with a 3/4 of a mile portage and we had a 2-up kayak to lug in. Would Lake One have been a better choice? Some say yes, I say no...we saw no one else the entire weekend until the hike out, and even then it was one grouse hunter on the portage out. I have to say that this time of the year that sitting in a kayak when the sun goes down gets very cold. Once we got to camp via going around the shore line, which tripled or more the paddle time we decided the first site was our stop for the night.

Day two (Friday) started late after getting to bed at 12am. We got up, made breakfast and ten off on the boats to explore. Fishing was to be an afterthought. I wanted to see what the "preferred" two campsites were like as this one wasn't conducive to our group...only one and a half good pads. I am so glad we moved…more room, better pads, less wind, and easy day trips.

Saturday we decided to check out the third site (but not move) as part of the group had gone over the evening before and wanted to share the view with everyone else. So on the way to portage to Hula we stopped in. The wind was blowing and it wasn’t that nice but it too had more room than the first site. The paddle to the Hula portage is littered with cut logs from the logging days and some are just under the surface. The portage is easy to find (it’s at the far end right of the cut logs piled into a dam) and in very good shape. We took our lunch over and ate at the other end. There is a nice stream at the end and plenty of room for that. On the way back to camp we were fighting the wind most of the way. I happened to see a nice tall cliff off in the distance and even though it was against the wind, I chose to battle it to see what I could see. It was still early in the day and I could just drift back to camp if need be. Well let me tell you I was not disappointed with the view…it was very nice and the picture(s) I took don’t do it justice. We went out later, caught a walleye and cooked him old school on a stick over the fire…it was grand.

Sunday, up and packed, on the water by 11 and after 3-4 trips on the way to the Ely Steakhouse for a Bucky Burger. (One of the members had a Clucky.)

The weather was fantastic every day. We had a slight breeze but the way the campsite was facing we were protected by a big white pine, and the rest of the trees. Wood Lake, Hula Lake 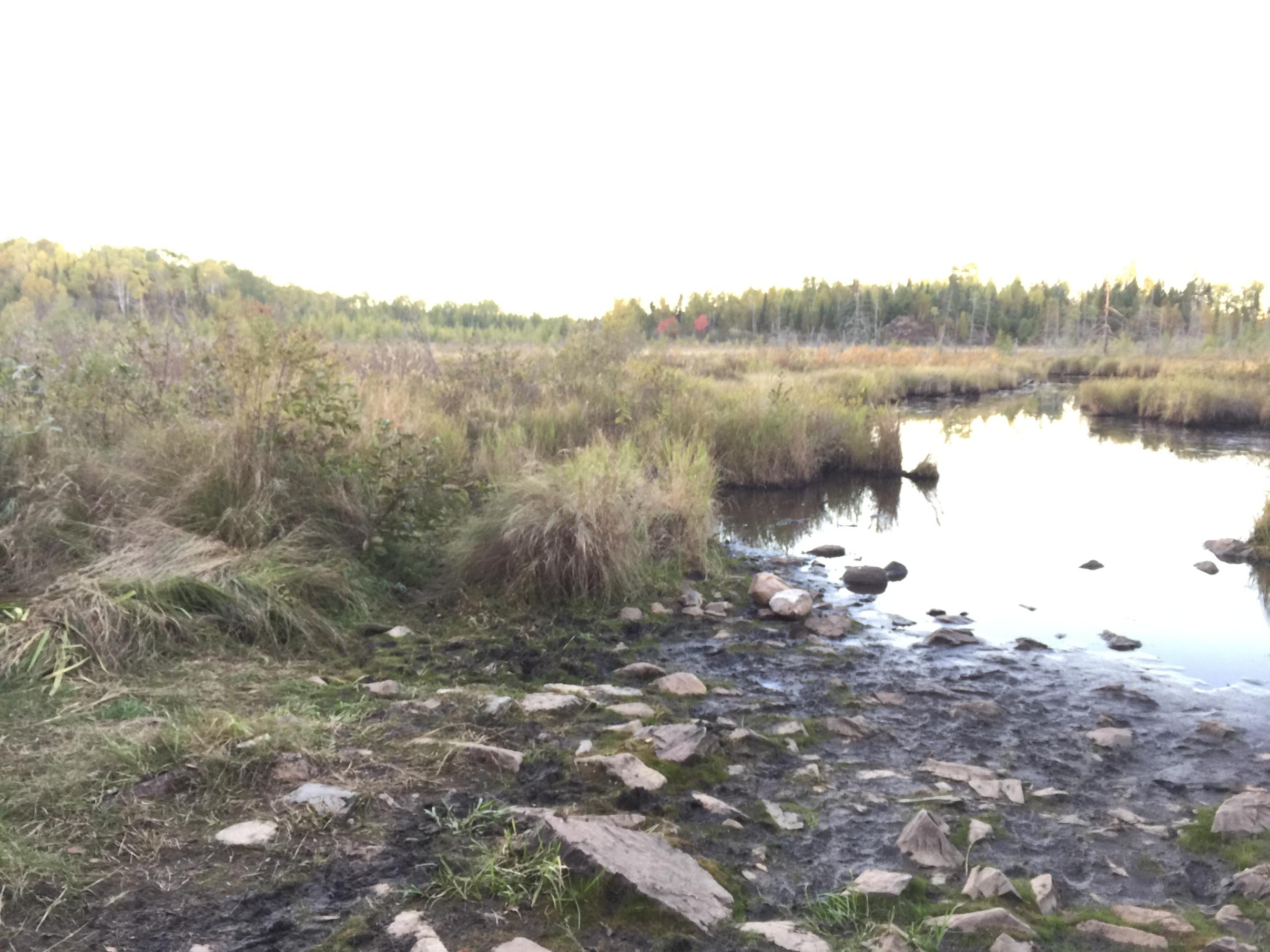 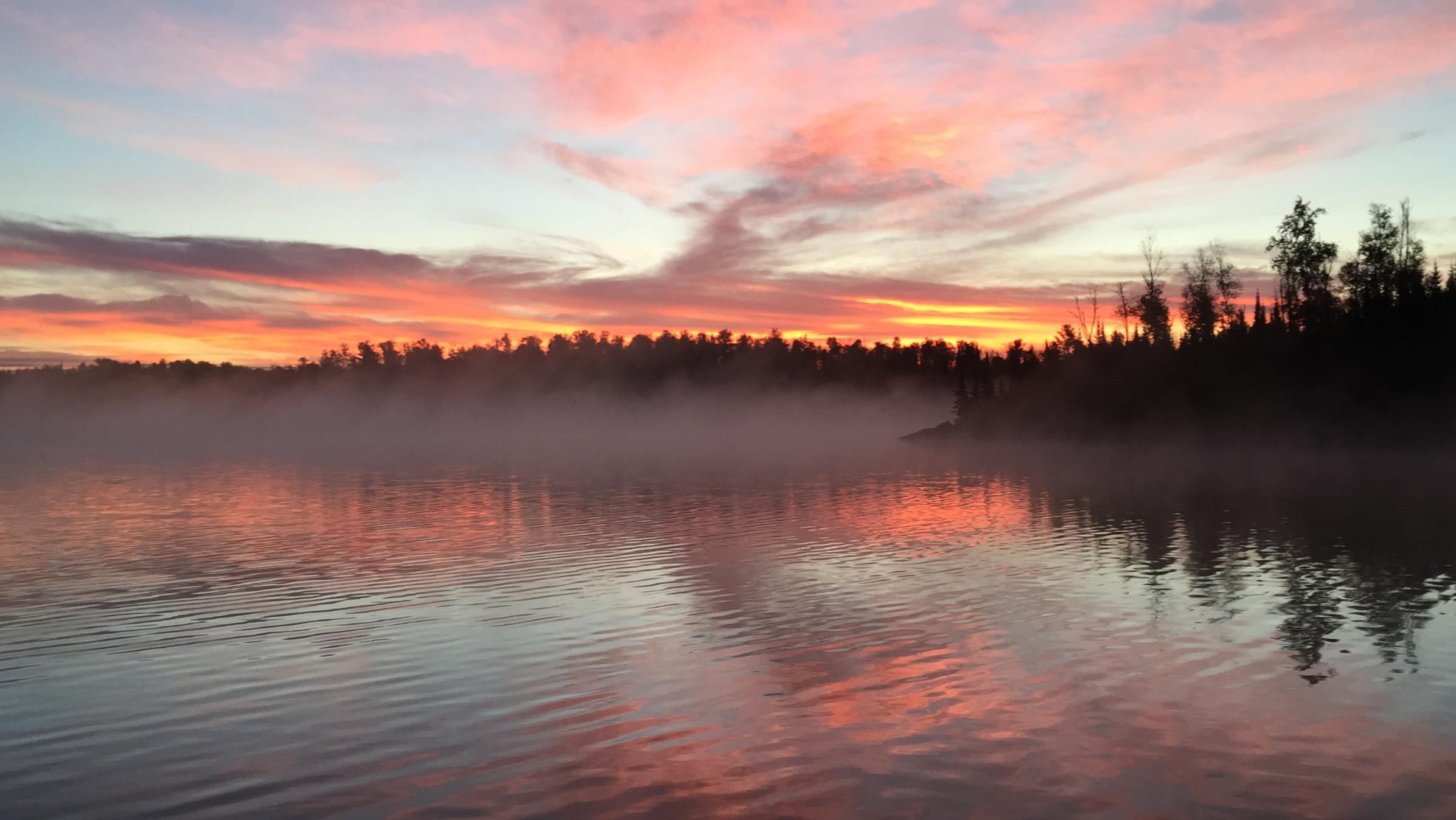 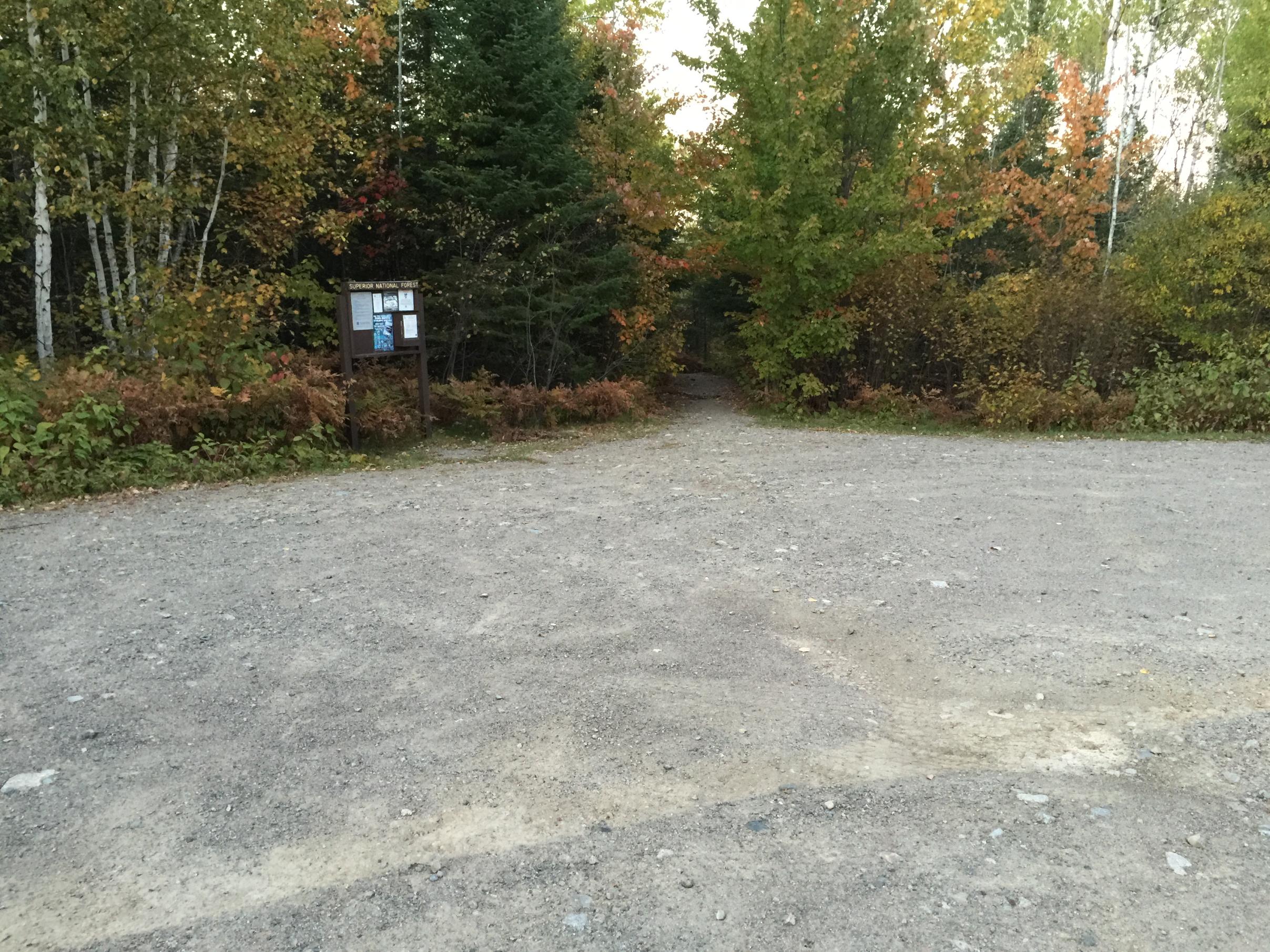 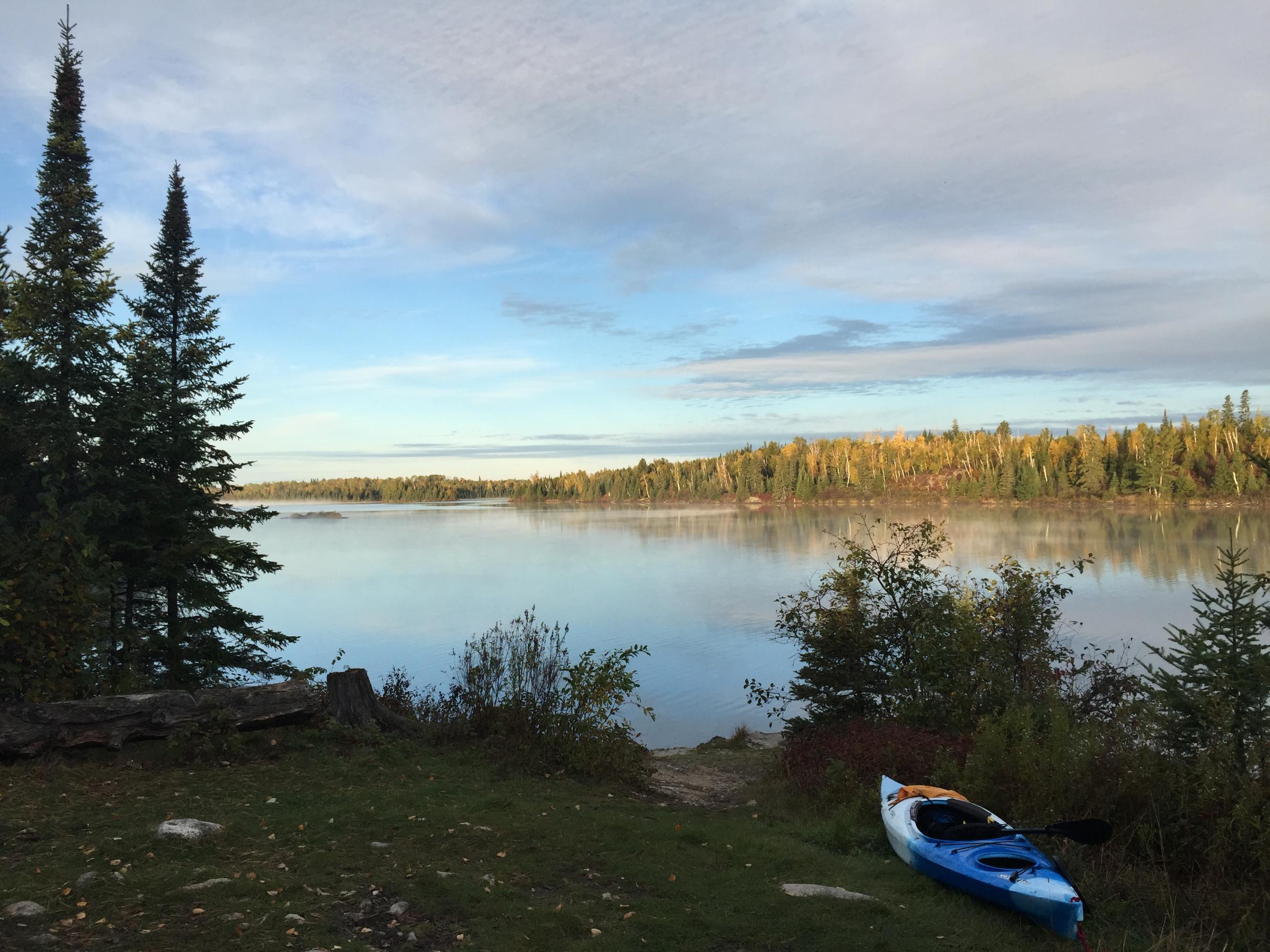