Mid-November solo. First ever.
by tuscarorasurvivor

I decided late in October that I might try a solo trip - this year. My first ever solo. Both my boys took solo trips when they were 17, and I had always wanted to try it as well. I just never had the chance. The long range forecast was for unseasonably warm weather, and I had a 3 day weekend scheduled for November 13-15 with nothing else planned, so the gears started cranking. Originally I had thought of going across Brule Lake to Winchell for a night, back to Brule for another night, and then out Sunday. As it got closer, the forecast was for stiff winds, and so I thought better of tempting fate on Brule, and decided to go up to Tuscaora, Gillis, and out Brandt. More time on the trail, smaller lakes. . . . . . Safer?

So after work Thursday, I loaded up the car, had a quick dinner at home, and headed for the Gunflint trail. Ran into a little snow, but mostly rain up to Grand Marais, then snow picked up as I headed inland. At the Round Lake landing there was about 2" snow on the ground. It was about 11 PM, so I settled in for the night in the car. Woke up in the morning to cloudy skies and couple more inches of snow on the ground. So I had my yogurt and granola breakfast, loaded up the boat and headed to Missing Link and Tuscarora. The portaging was a bit more difficult than I expected. The snow made it difficult to judge the footing, and the snow also brought all the bushes and trees into the trail, so I had to beat the branches with my paddle to knock the snow off in order to make headway. It was interesting to see that a pack of wolves had walked the trail the night before. A little erie feeling being alone with a pack of wolves nearby. But I made it to Tuscarora, arrived in camp and set up. Took a brief rest, and went out to collect firewood. Had a very pleasant evening in camp. It was a beautiful dark clear starlit sky.

Day 2. Here's where it gets - interesting. The one thing I hadn't considered in planning this trip was illness. Why should I have? I never get sick. Well, I woke up with a splitting headache. It was almost completely disabling. I got up, walked around, made a small cup of tea, and basically putzed around camp getting breakfast ready. By the time breakfast was done, I couldn't even take a bite. Two trips to the head and one large emesis later convinced me it would be foolish to continue on to Gillis. So as much as I didn't relish the thought of portaging all the way back to Missing Link and Round, I knew I figured it would be shortest way out. I just didn't know where this GI issue would be going, and it made me wish I had simply base camped on Brule, or even on Missing Link. Hindsight. Well, I loaded up my gear, and limped my way back to Round. I had to go really slowly to avoid overheating and getting dehydrated. On Missing Link, my Kevlar canoe had to serve as an icebreaker for 100 yards or so before I found open water. I was glad the last portage into Round was all downhill, and was very happy to eventually find myself at the takeout in one piece even if in a slightly weakened condition.

Despite the hardship, and despite having to cut my short trip even shorter, I am still happy I went. The dark and solitude were not bothersome. I think I learned a bit about solo tripping in a wilderness setting, and glad to know I could deal with minor hardships. Next trip? I think my two boys want to go out in May, so I know that one will be easier. 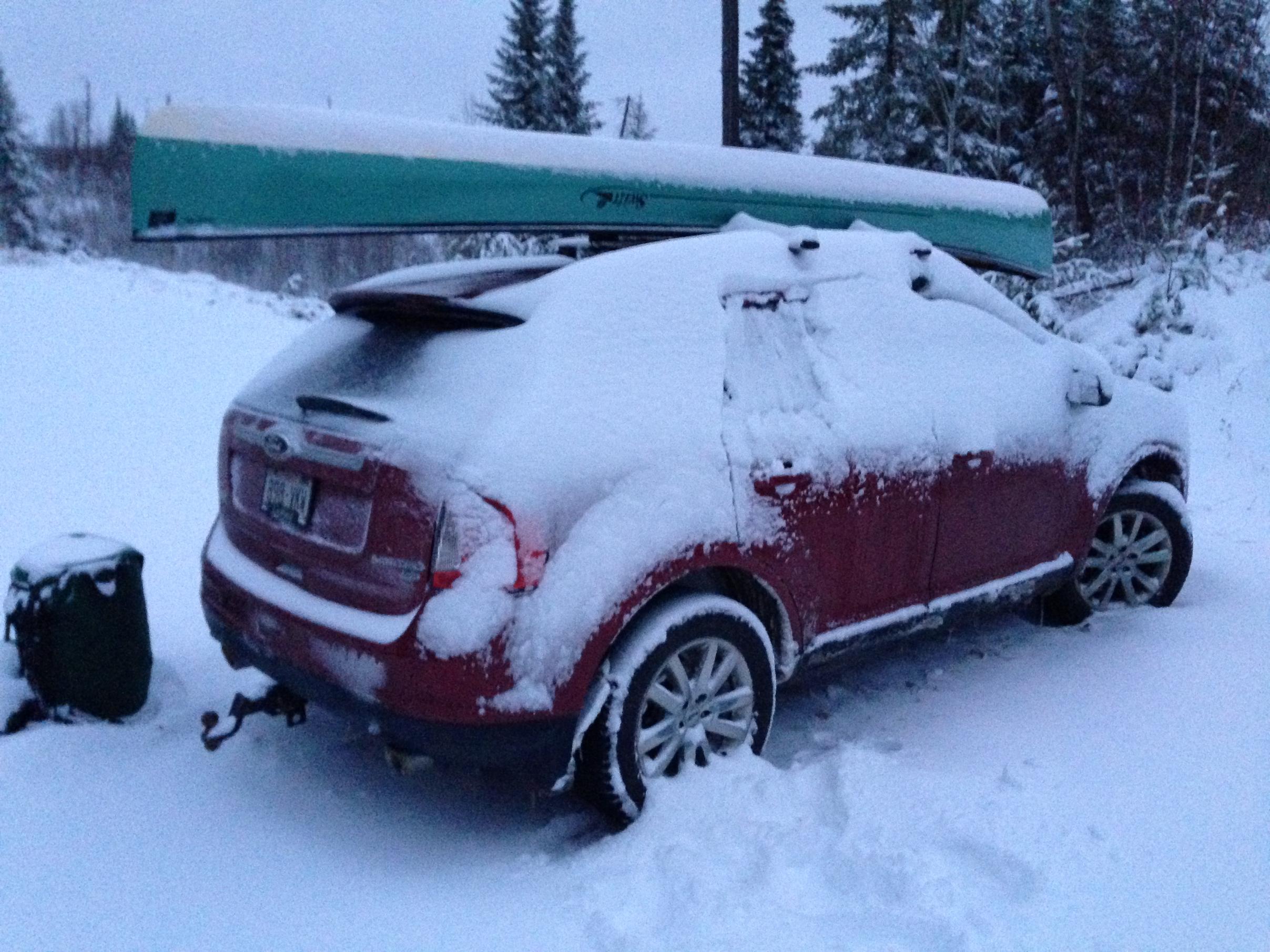 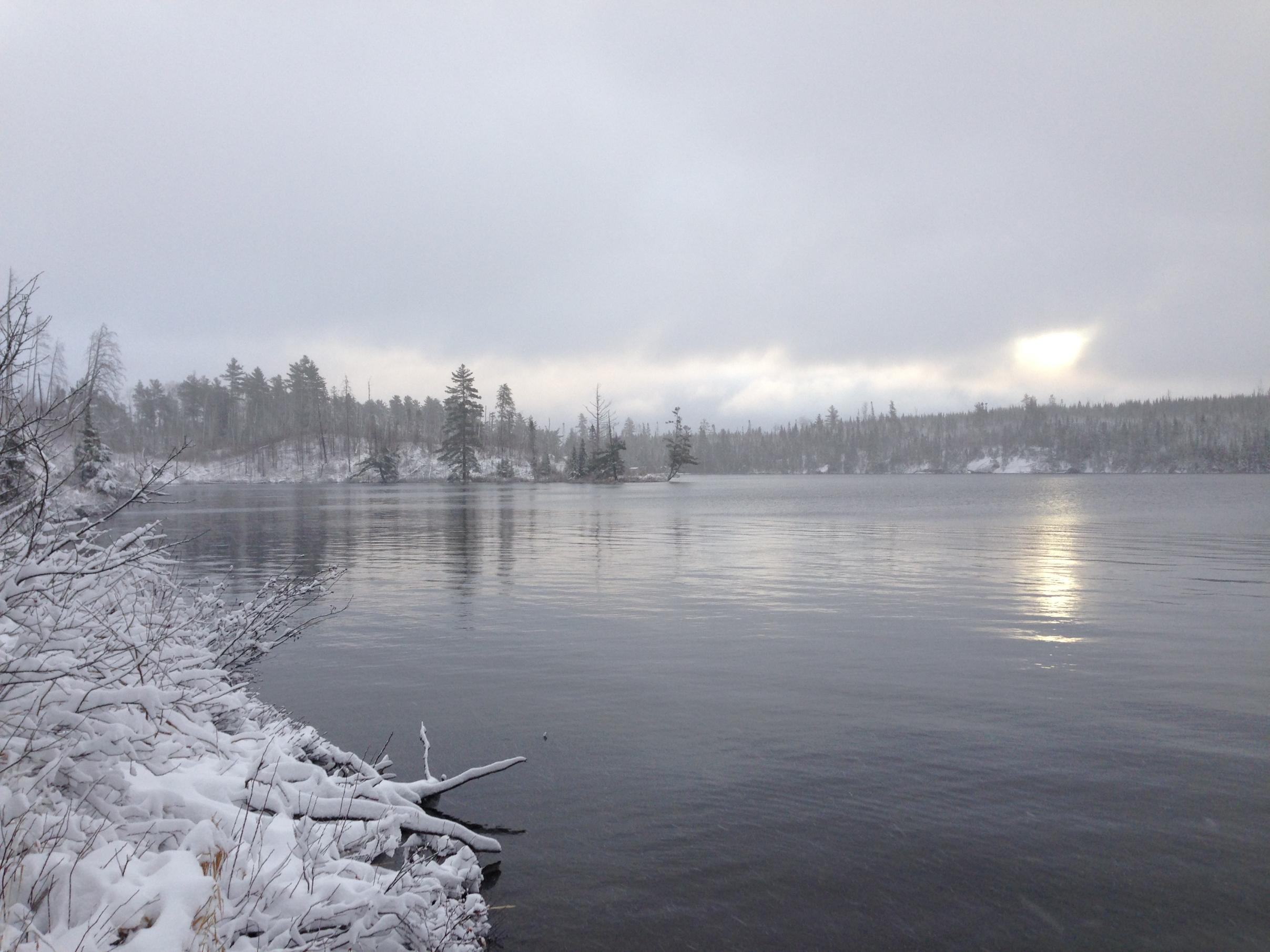 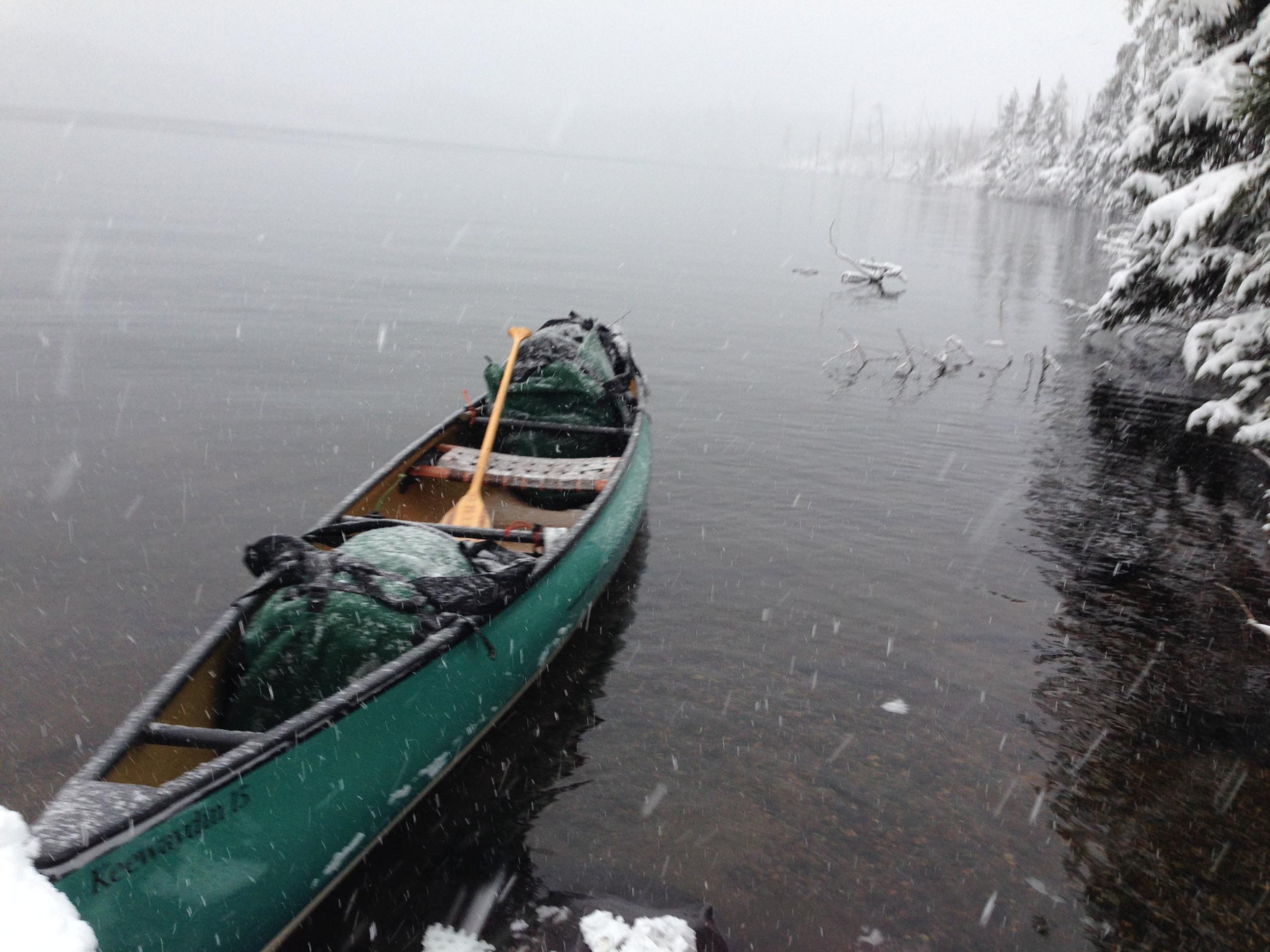 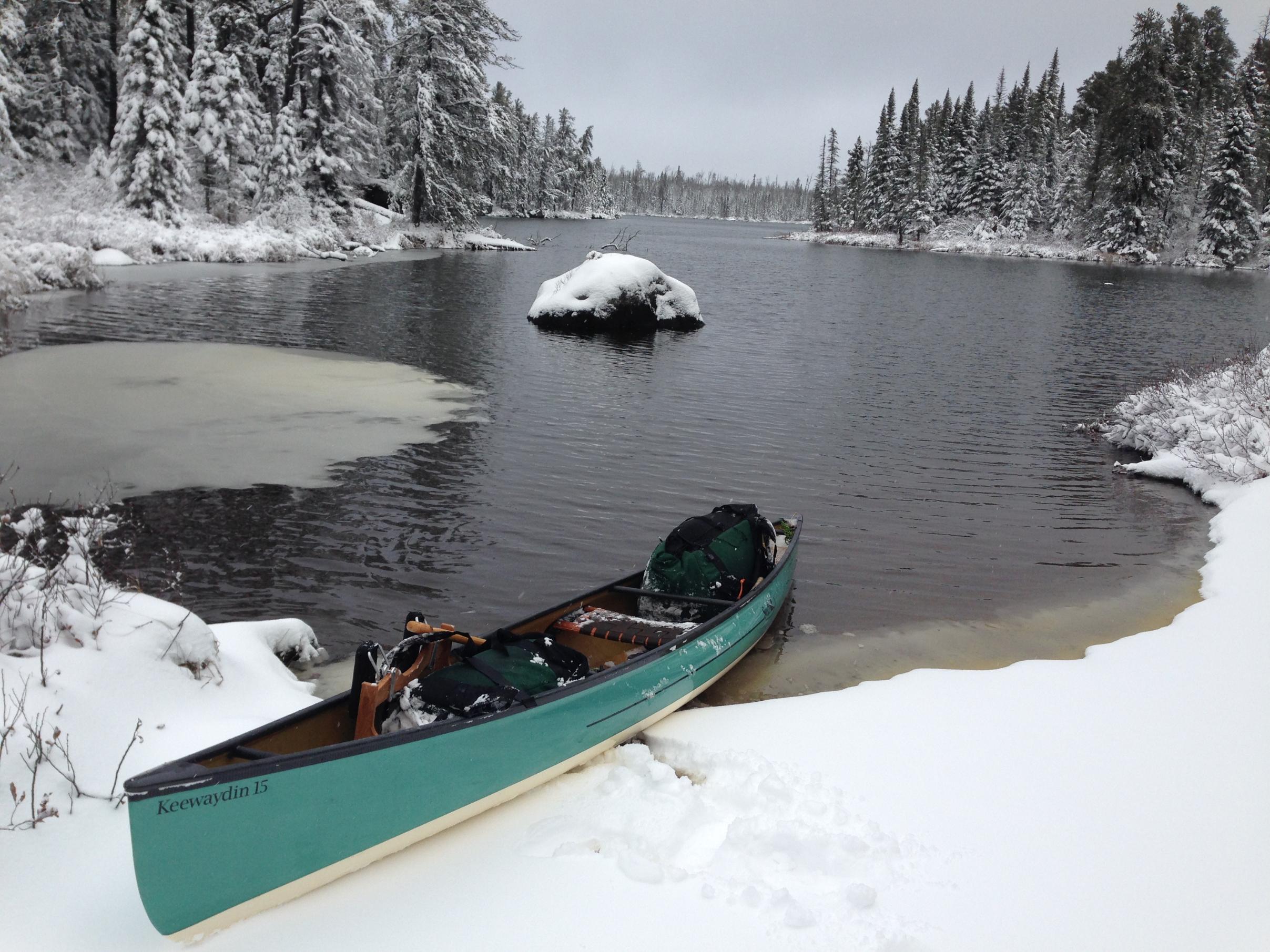 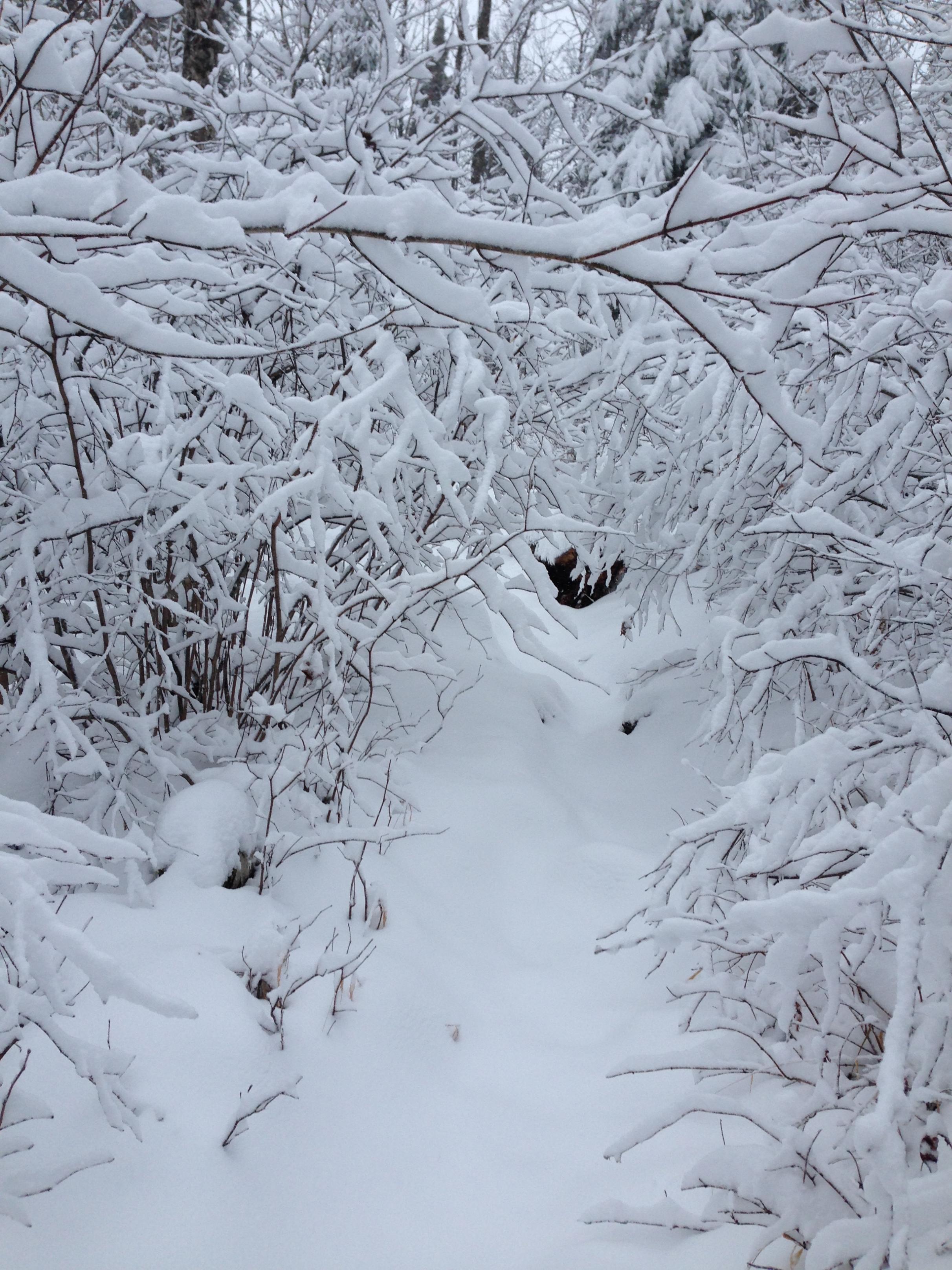 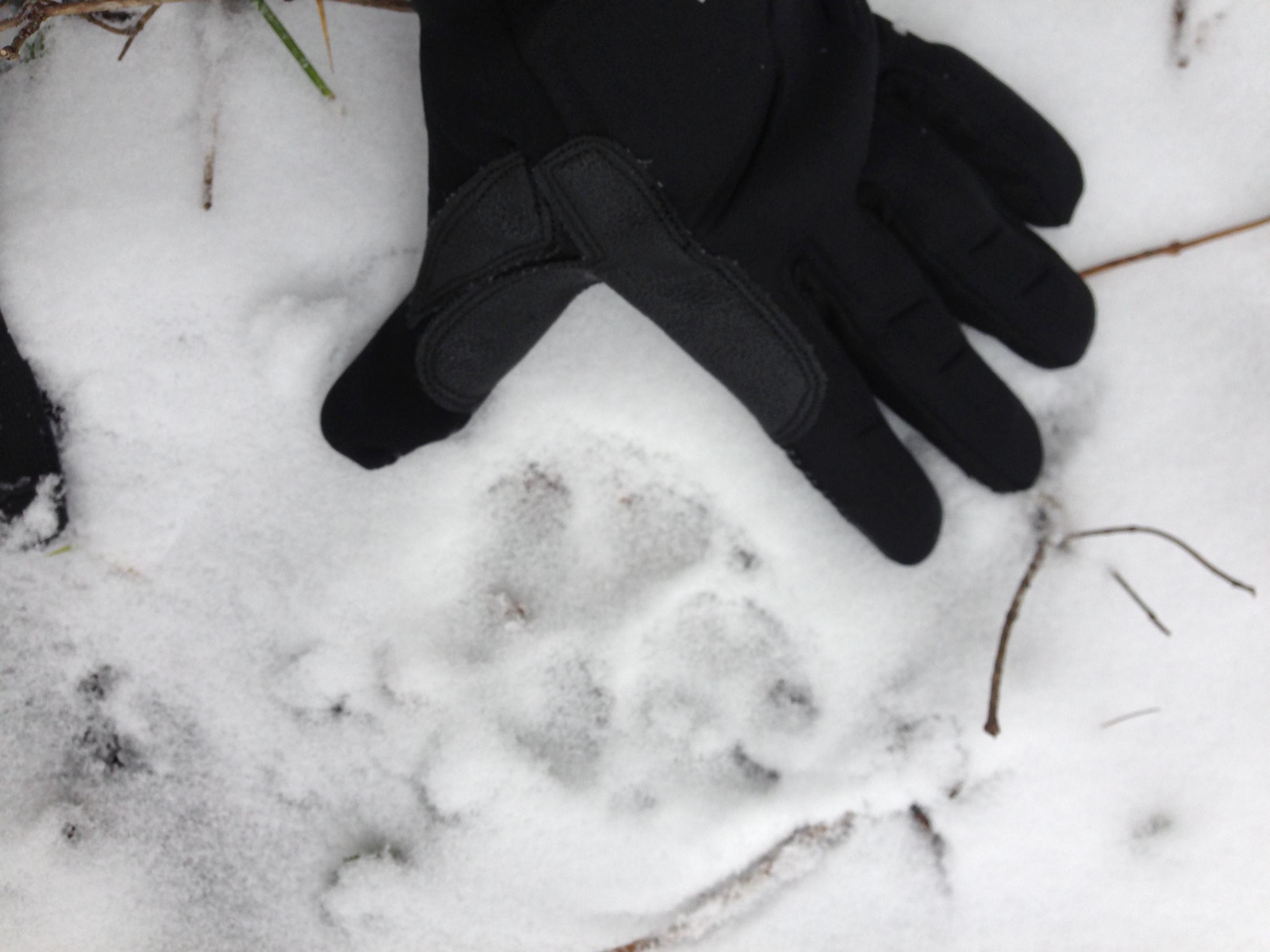 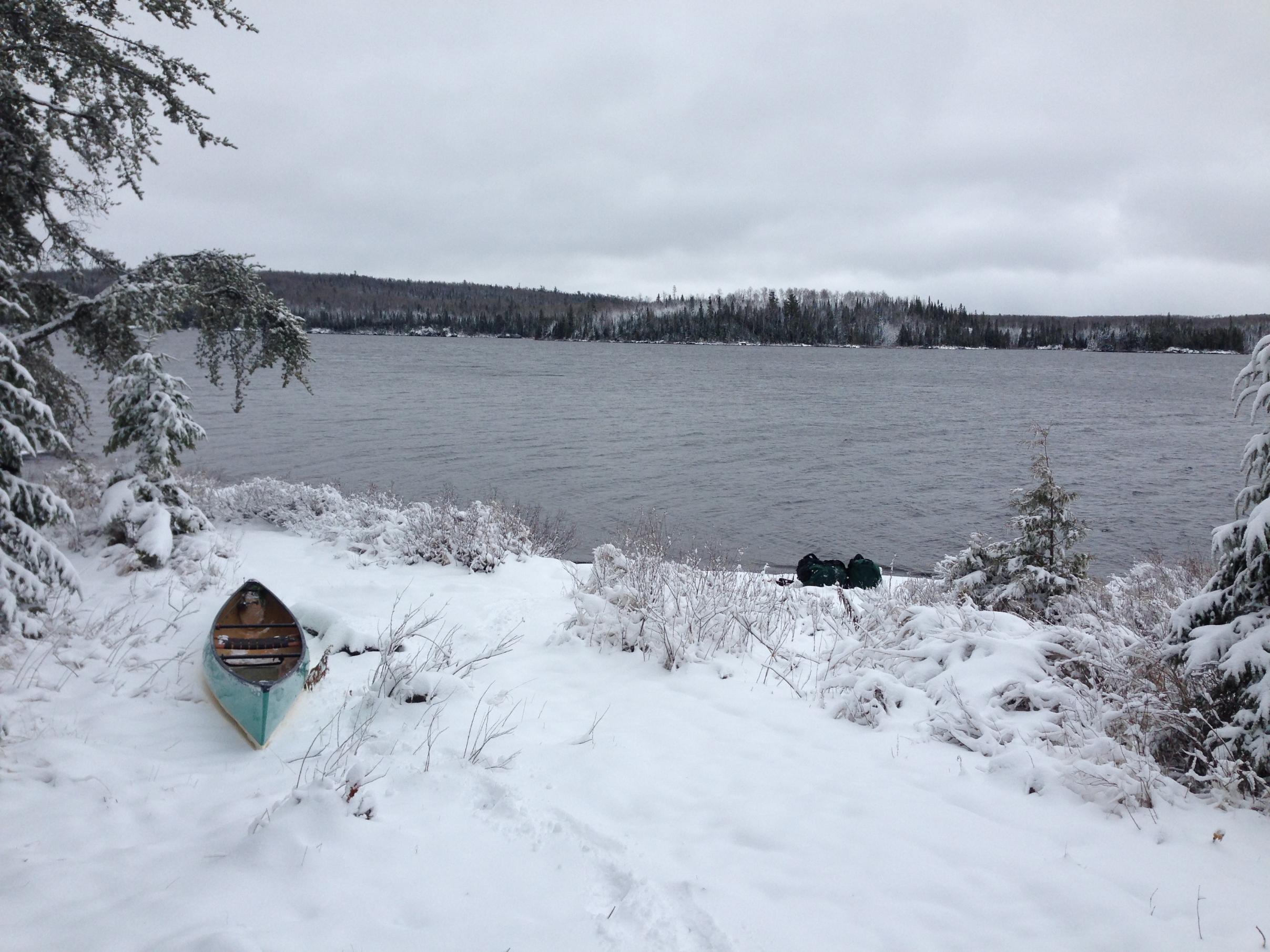 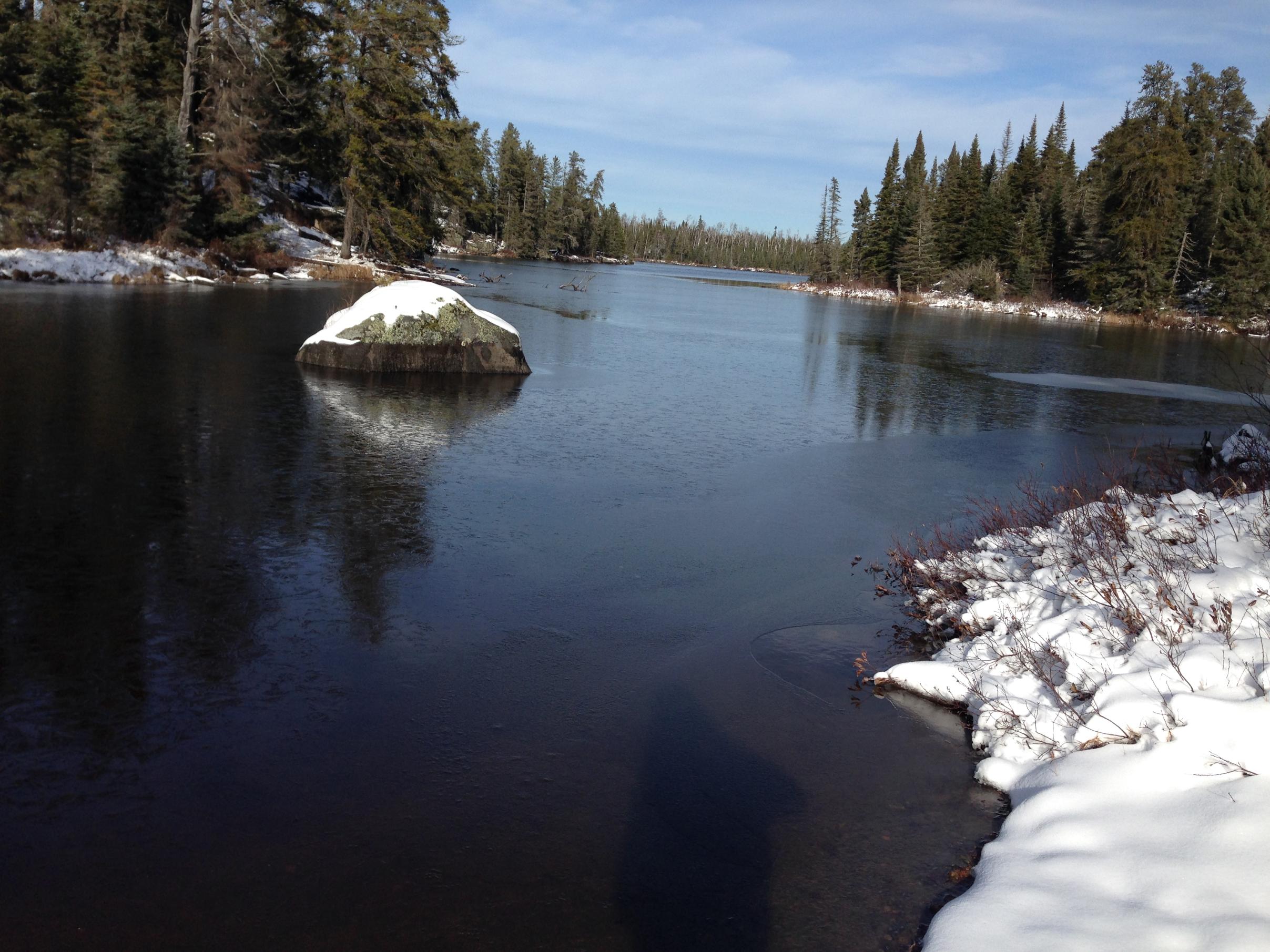 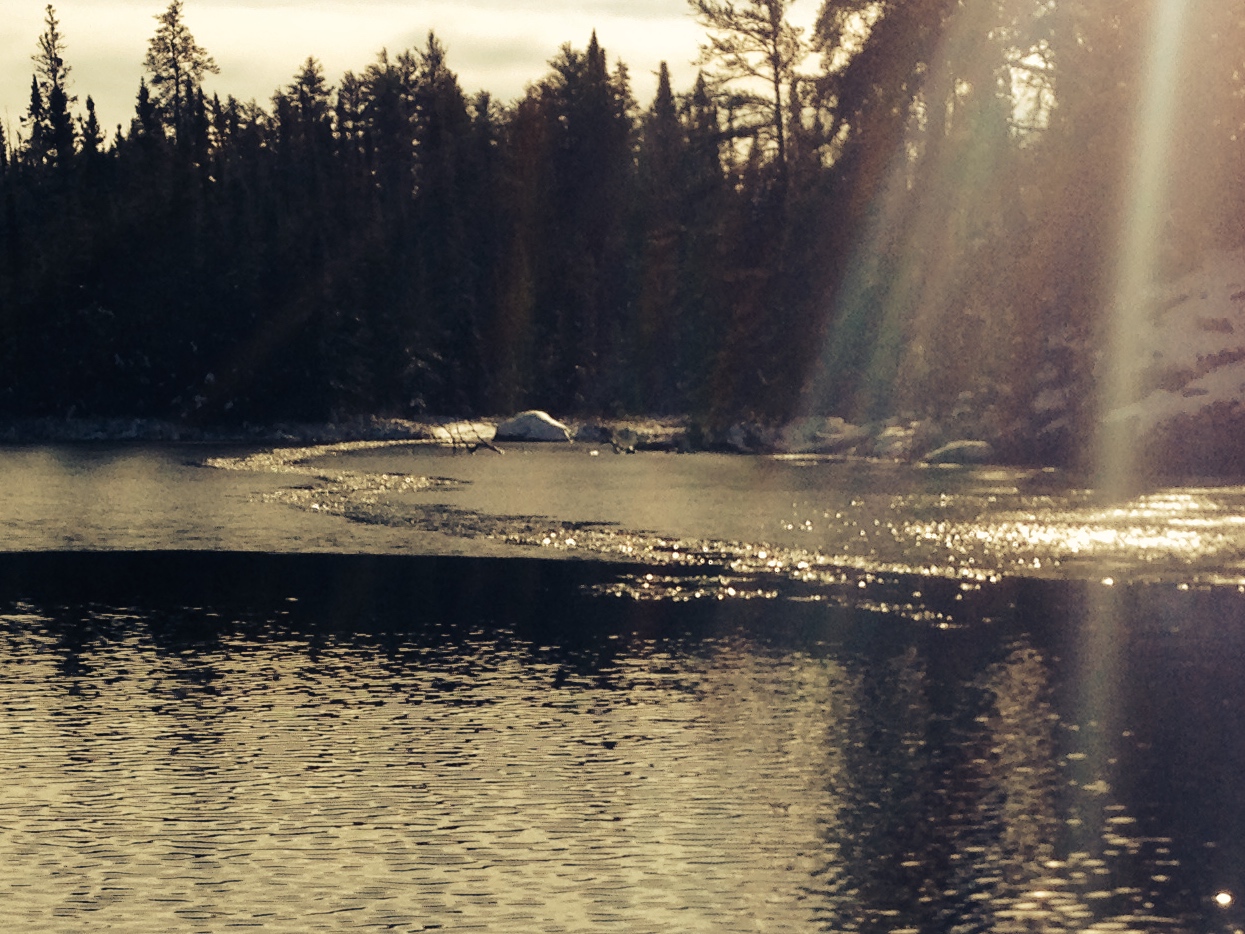