We headed out of my brother's place in Duluth around 4:30am. Joining me on this adventure was my Dad and my buddy George. We rolled into Ely around 6:30am and stopped into Britton's to fill our bellies before the big day. We grabbed a bag full of minnows and headed down Fernberg Trail. For as beautiful as this country is during the summer and fall when I've been here, the northwoods in the winter was very special! We got to the entry point and bundled up for the day. We all knew the long walk would require us to shed and add layers, so we all dressed accordingly. 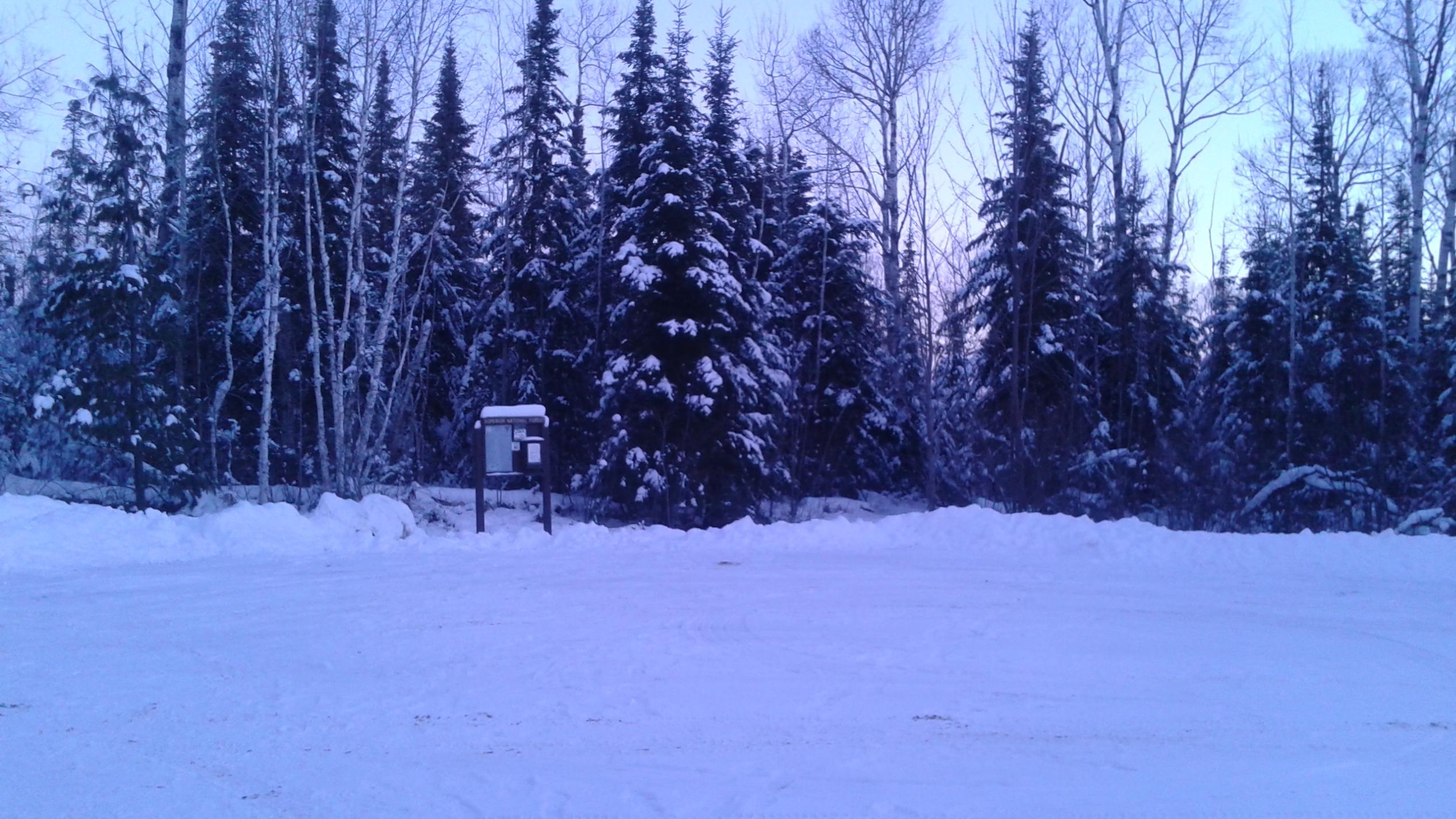 The portage out was awesome. There had been enough traffic in and out the the trail was packed nice. We took my dad's cargo sled. Most of the time I had to try and outrun the sled as it tried to pass me on the hills. We hit the lake as the sun was starting to break the trees. 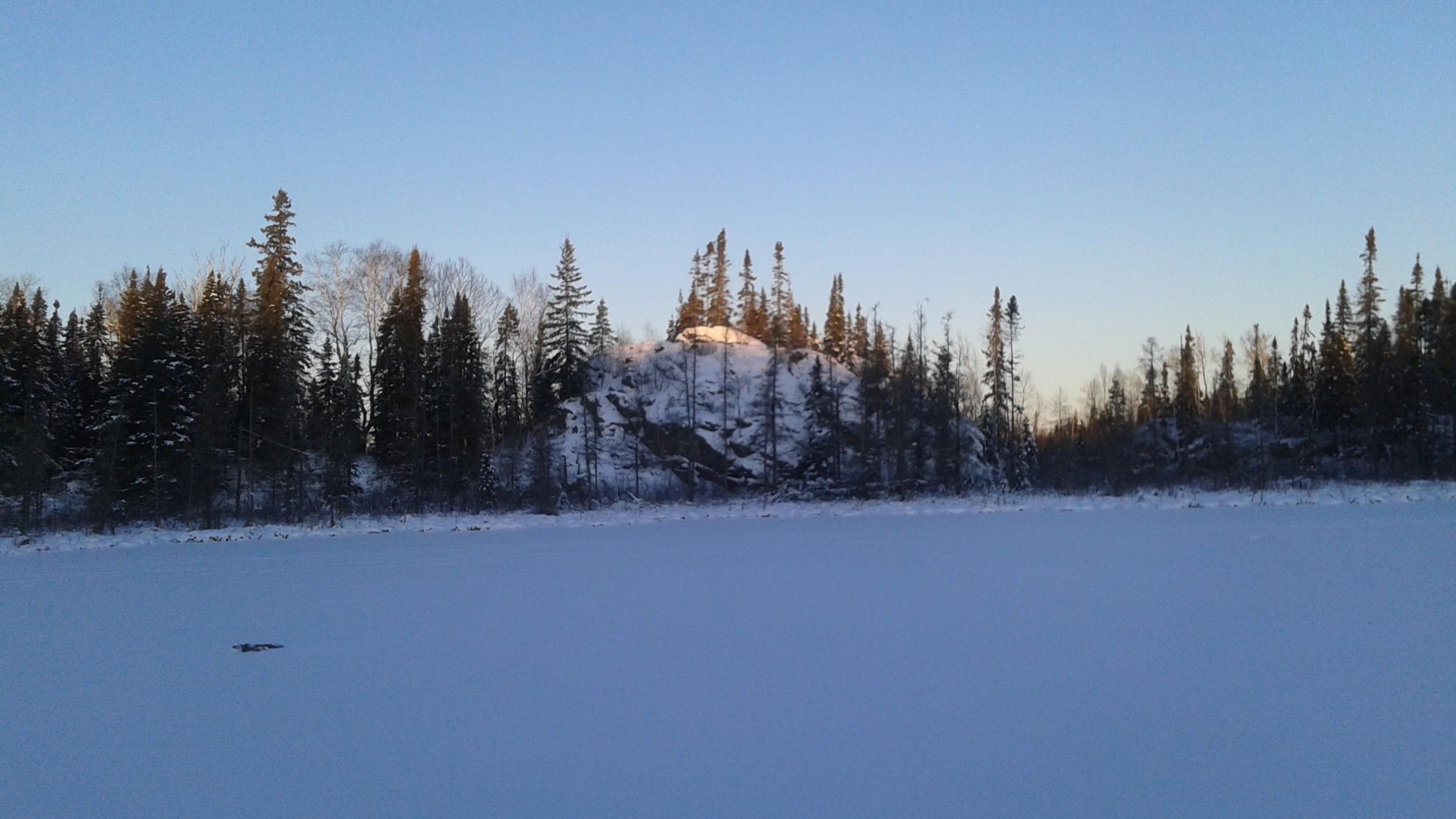 It took us about an hour to hike out to the island on the western side of the lake. We started unpacking the tip-ups and drilling some holes. We were dealing with about 7 inches of ice. Some areas had up to 2-3 inches of slush on the ice, which was pretty messy. Within 5 minutes of setting lines I caught a northern and a perch. We had fast and furious northern action for the first couple of hours, many times with doubles. 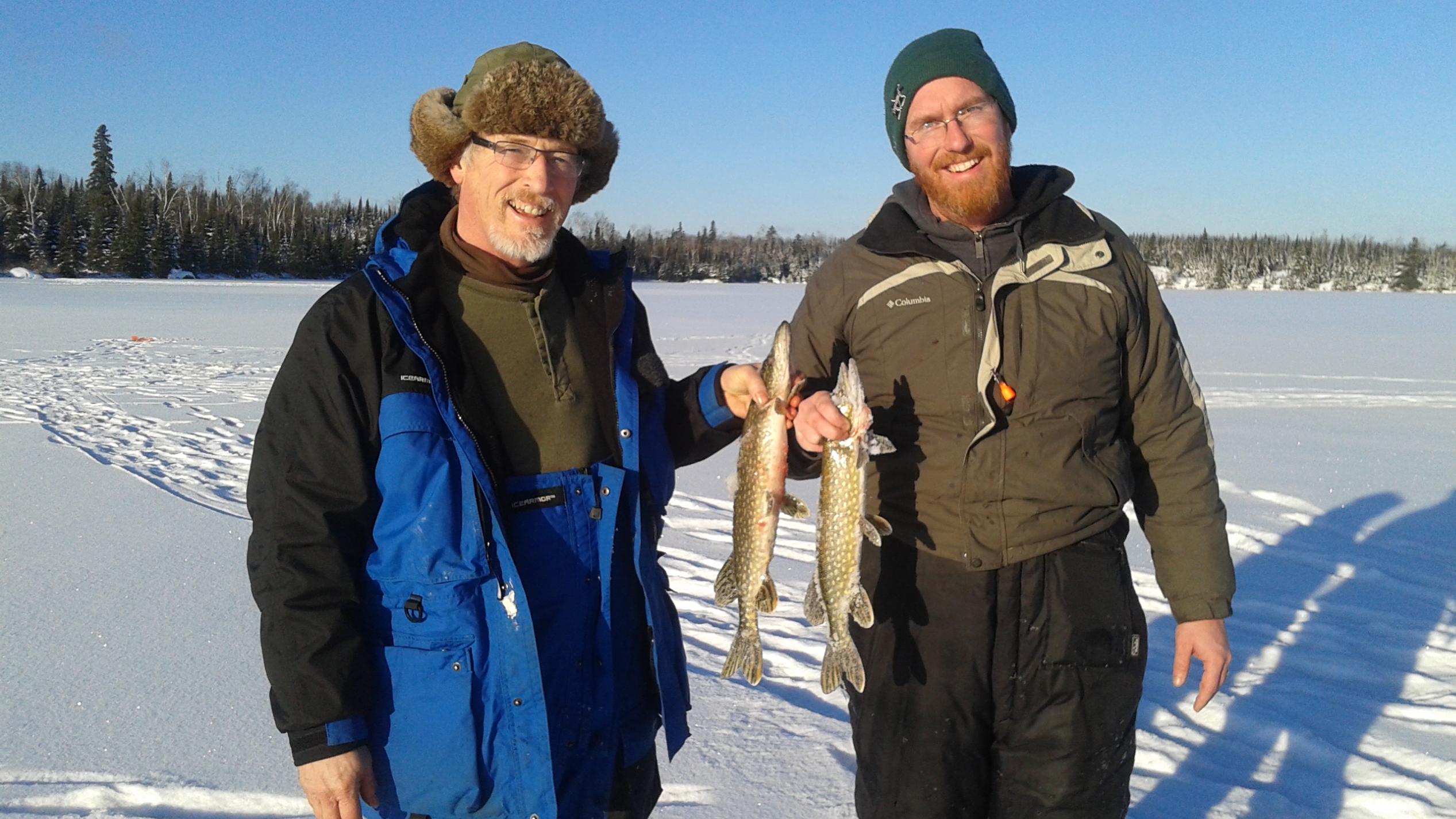 Most of the northerns we caught were smaller, but having that kind of action was a lot of fun. Things slowed down after a few hours and it gave us enough time to make some lunch. 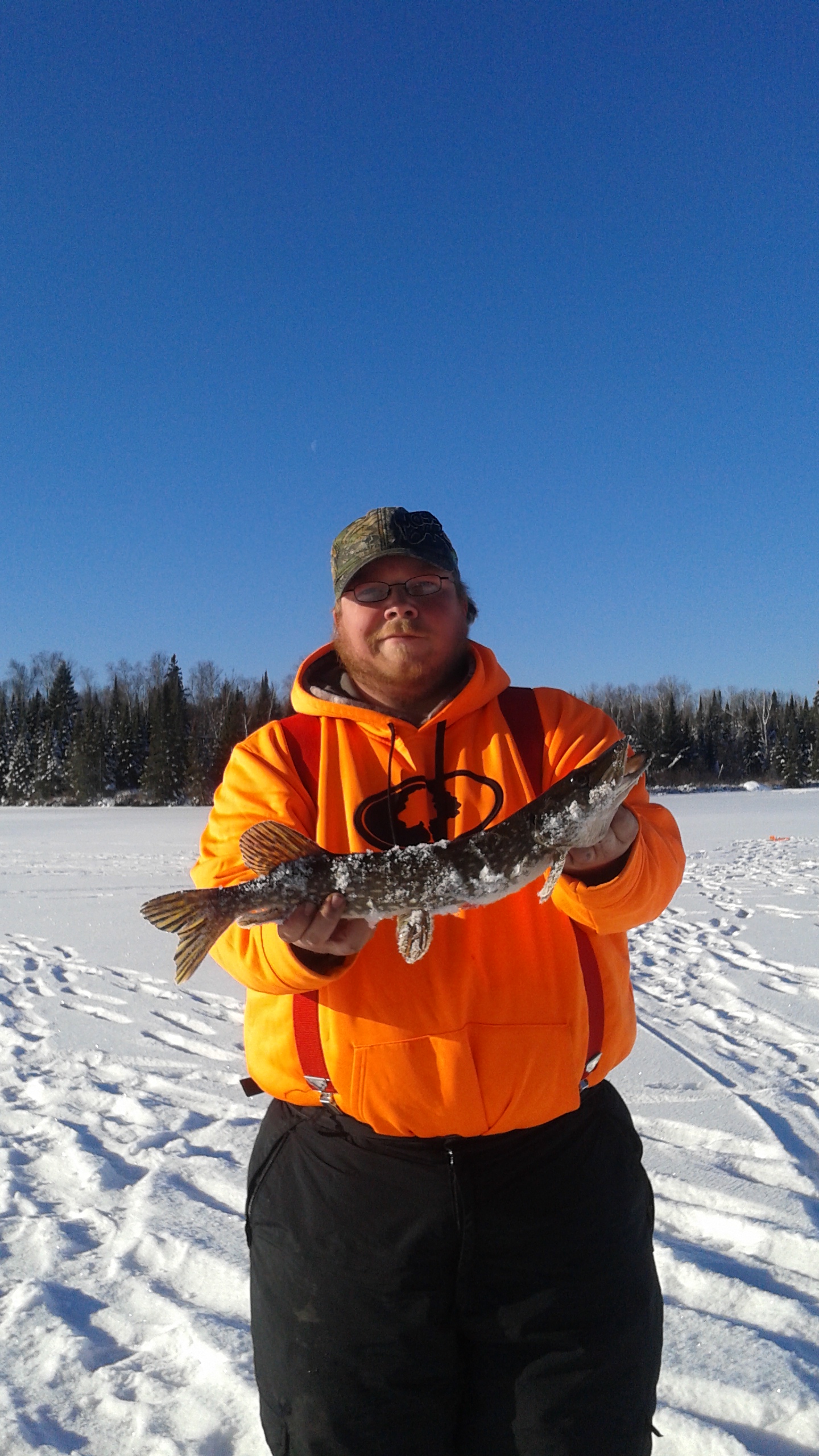 We gathered up some fire wood and cooked up some brats over the fire. Things slowed down enough that we were able to explore a little. 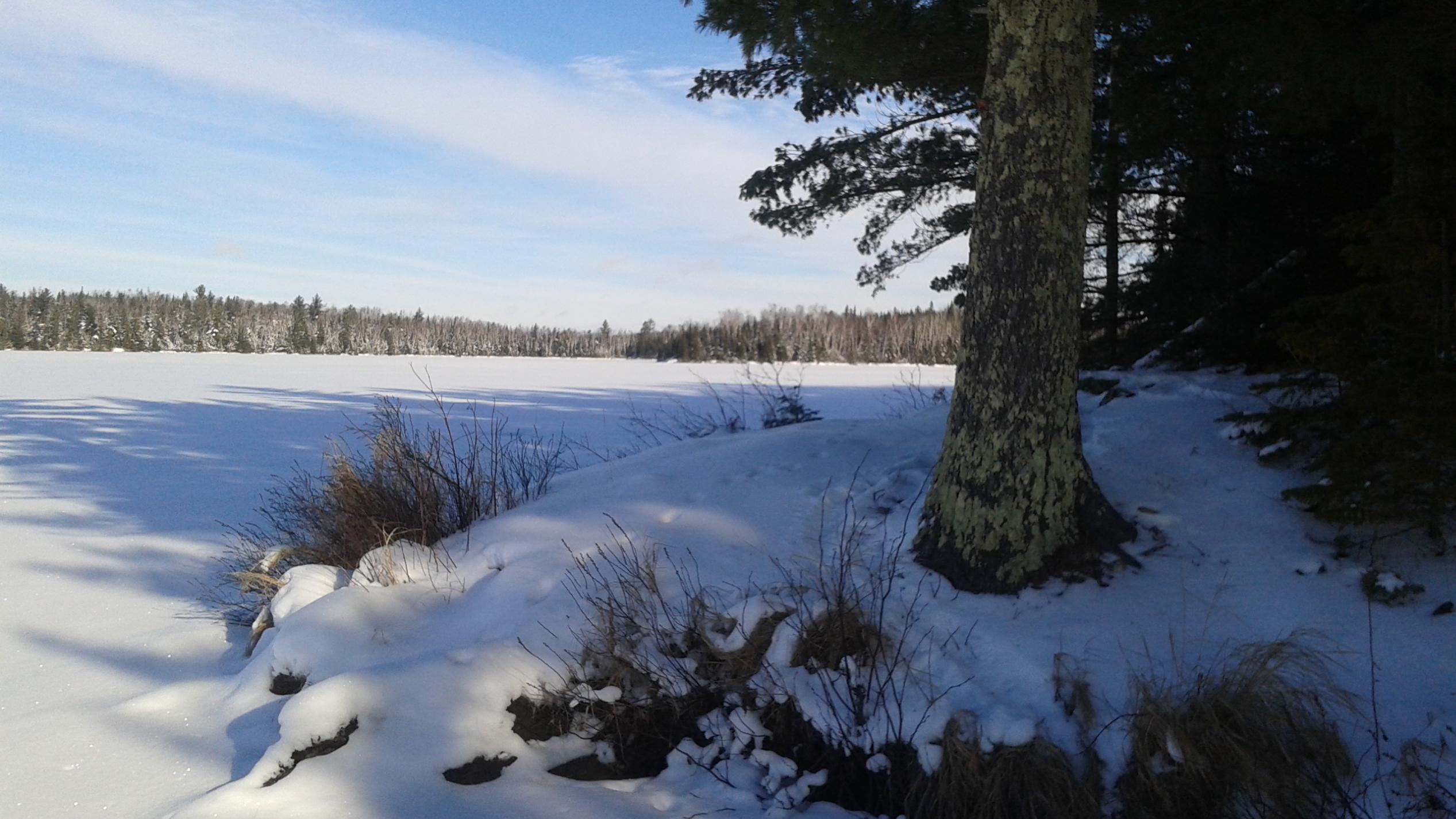 Around 1:00pm the wind starting picking up and blowing from the north pretty hard. We wrapped up our limit of northerns and packed up camp to head back. 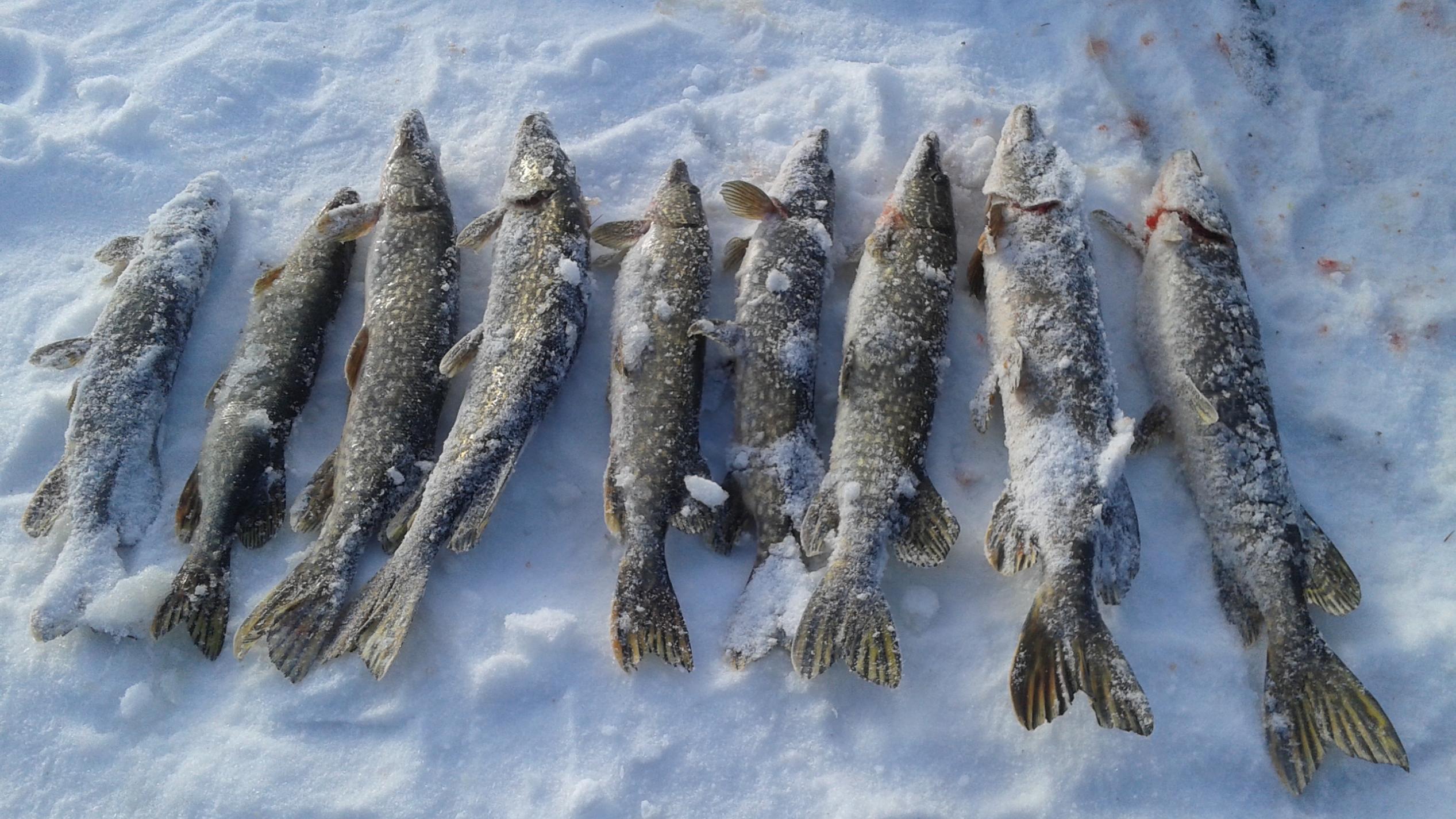 The walk back wasn't too bad, with the wind at our backs on a broken trail. We ran into a family who had dog sledded into the first bay. We chatted with them for a second and then ran into a group of three guys heading out as well. 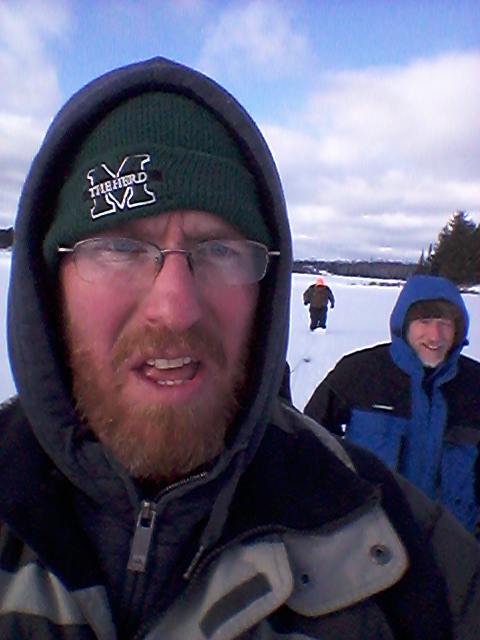 The last leg of the journey back up the portage was the toughest. We slogged up the hill with the sled which felt like it weighed a ton now. We got back to the vehicle and packed up. What a great day in the woods! 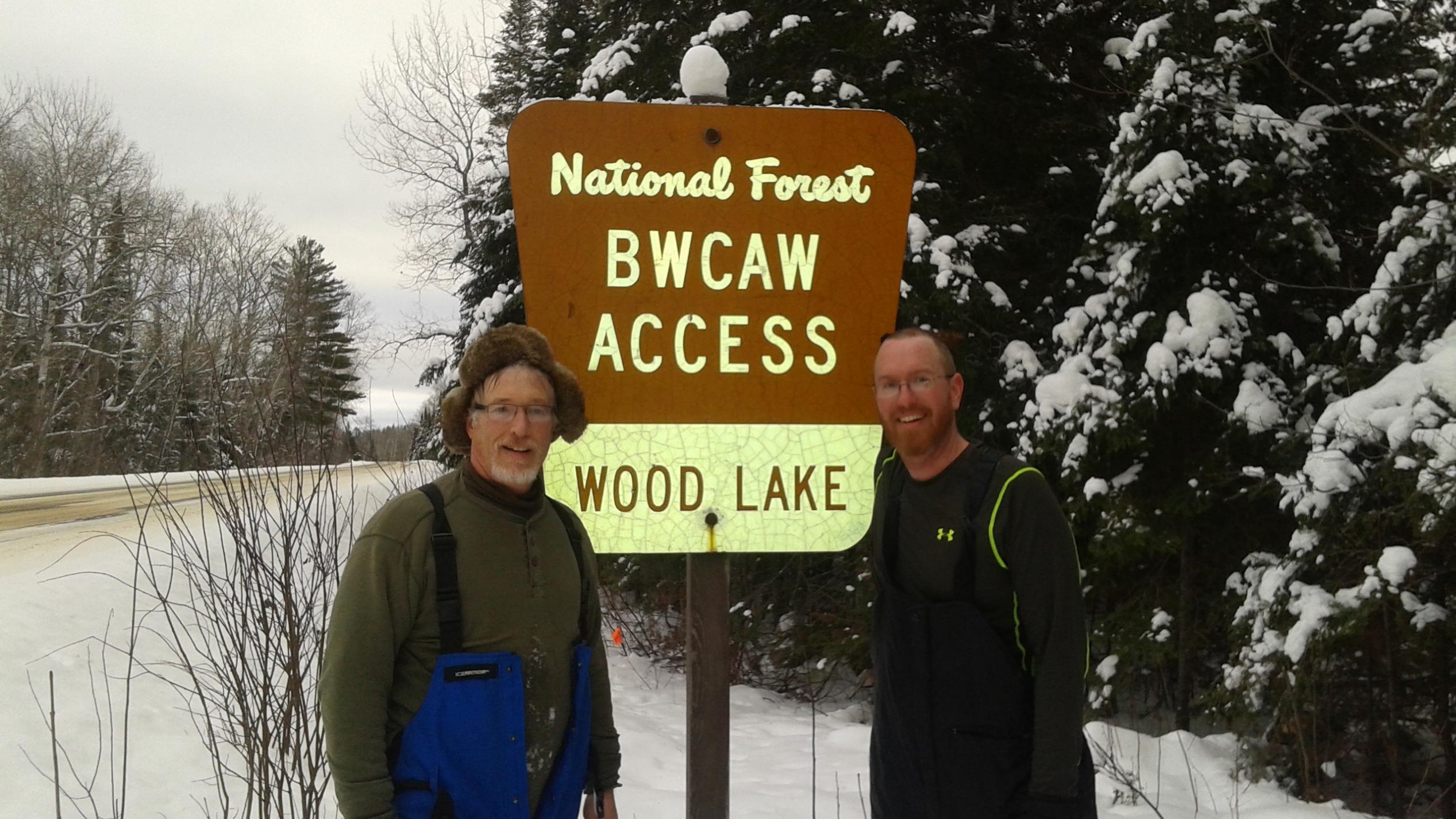