Trip Type: Paddling Canoe
Entry Date: 09/10/2015
Entry & Exit Point: Mudro Lake (EP 23)
Number of Days: 5
Group Size: 1
Trip Introduction:
This is a report of my first solo paddling trip. I learned a lot from this trip, and hope to share some of that here. I wrote some of this when I returned, but most is based on my journal notes and written over the following winter. I had been on a handful of BWCA trips before-but always in small groups. I had some previous solo camping experience, but mostly overnights climbing or backpacking on Northwest volcanoes. It was February when I decided on a solo paddle adventure. I secured a September permit and started planning. The planning was a huge part of this trip, and the report wouldn’t be complete without mentioning it. I made and tested gear all summer. I inventoried and weighed everything. A June BWCA trip and a few other camping trips through the summer were shakedowns for just about all the gear I’d be using.
Discuss Trip: View Discussion Thread (17 messages)
Day 1 of 5
Day1

On Thursday afternoon I left home and headed towards Ely. The drive up should have been exciting, but I was more nervous than anything, and had four hours to build up my worries and self-doubt. The immediate weather forecast was colder than I thought it might be, and while I was prepared; it was an excuse to worry about enjoying the trip. I had trimmed the pack down to what I thought were the minimum clothes necessary and wondered if I would be warm enough. I had tested it all summer, but wondered if my homemade hammock/quilt/tarp setup would cut it. All cooking was planned to be on a homemade “bud light” aluminum alcohol stove (again thoroughly tested beforehand). I wondered if I would get homesick or lonely more than a day away from the entry while still heading deeper. Would I travel the route as planned or not have enough time to make my intended camps? (i didn’t know how fast I’d travel by myself.) I wondered about all the gear I had left behind and what I might really miss having.

I was tired before I even started: by coincidence the previous few nights had a burst of solar activity and I’m kind-of an aurora photography buff so I had been out many hours in the early morning the day before. It was probably one of the top-10 auroras I’ve ever photographed and I wondered if the magnetosphere would remain unsettled for my trip. 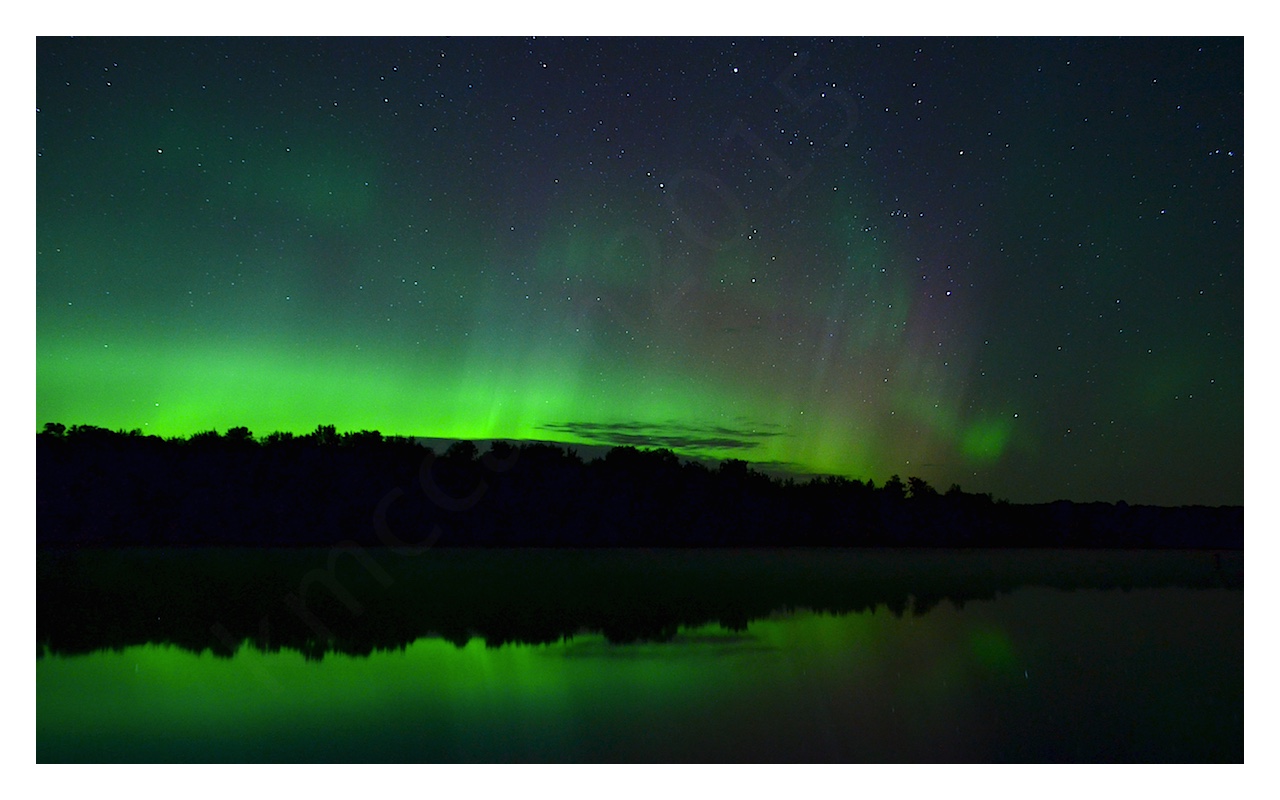 I arrived in the evening and picked up my boat from Piragis about an hour before they closed. Drew was great and when I told him this was my first solo paddle I think he was more excited than I was to send me off. This outfitter has always been fantastic to work with and this time they let me pick up the canoe the night before entry without an extra day’s charge. I had a burger and beer at the Chocolate Moose, and then drove off into the dark down the echo trail. I arrived at Mudro entry and the quiet ghost town of temporarily abandoned cars. It was cloudy without a moon and pitch dark when the car was turned off. No phone reception. It was real now and I was by myself in the wilderness. I sent a single text to my wife to make sure the rented Delorme was working. It was fine and she wished me well: that was the last time I physically used the device, but it proved to be a psychological comfort having it with me the whole trip, and a part of my safety planning. I wriggled into an extra sleeping bag and stretched out in the back of the jeep.