Trip Type: Paddling Canoe
Entry Date: 08/08/2016
Entry & Exit Point: Kawishiwi Lake (EP 37)
Number of Days: 7
Group Size: 2
Trip Introduction:
This trip was supposed to include my son and his girlfriend but, a week prior things came up for both of them at their jobs. So, instead of 4 of us, Chris, a co-worker/friend of my son (and of our family) and I did the trip. This was his first time to the Boundary Waters. As such, he wanted to travel and test himself as well as seeing as many of the sights as time would allow. Chris is 28, very fit and muscular. I am not. There is a major discrepancy in our ages as well. I picked Chris up on Sunday at 6 a.m. for our 9 ½ hr. drive. We made good time going up, which is quite the opposite of our return trip which will be explained later. We picked up our permit and fishing licenses in Tofte and headed to the small, 5 site campground at Kawishiwi L. There were two sites left, one of which we claimed. The other site was taken within an hour. I was supplying most of the gear for the trip including separate, 2 man tents. People have told me I snore, sounding like a bull buffalo challenging another one for a mate. I was hoping we would find sites with not only at least 2 tent sites but, far enough apart that Chris could get some sleep. We had some nice conversations with other campers there and a very clear night sky which gifted us with several meteors.
Discuss Trip: View Discussion Thread (8 messages)
Day 1 of 7
Monday, Aug. 8, 2016 We were on the water by 8:30 a.m. This was my first trip with my new to me, used, SR Q17. All other trips have been with my aluminum tank barge. The day started with a clear sky and a slight breeze blowing over our shoulders. We never had high winds the entire trip, at least while on the water and contrary to most trips I've taken, the winds were almost always blowing on our backs. We saw a few others on the portages but it was not as crowded as I thought it would be. The first 2 marked portages were beaver dams that we did pull overs on. Polly had quite a few people which was expected. We paddled on making good time and picked a site at Malberg at around 4:30 p.m. We saw no one else on Malberg that day. None of the portages today were tough nor was the paddling. This night was also clear and we saw many, many stars that we don't get to see at home. I like my new canoe and it’s nice to be back in canoe country. 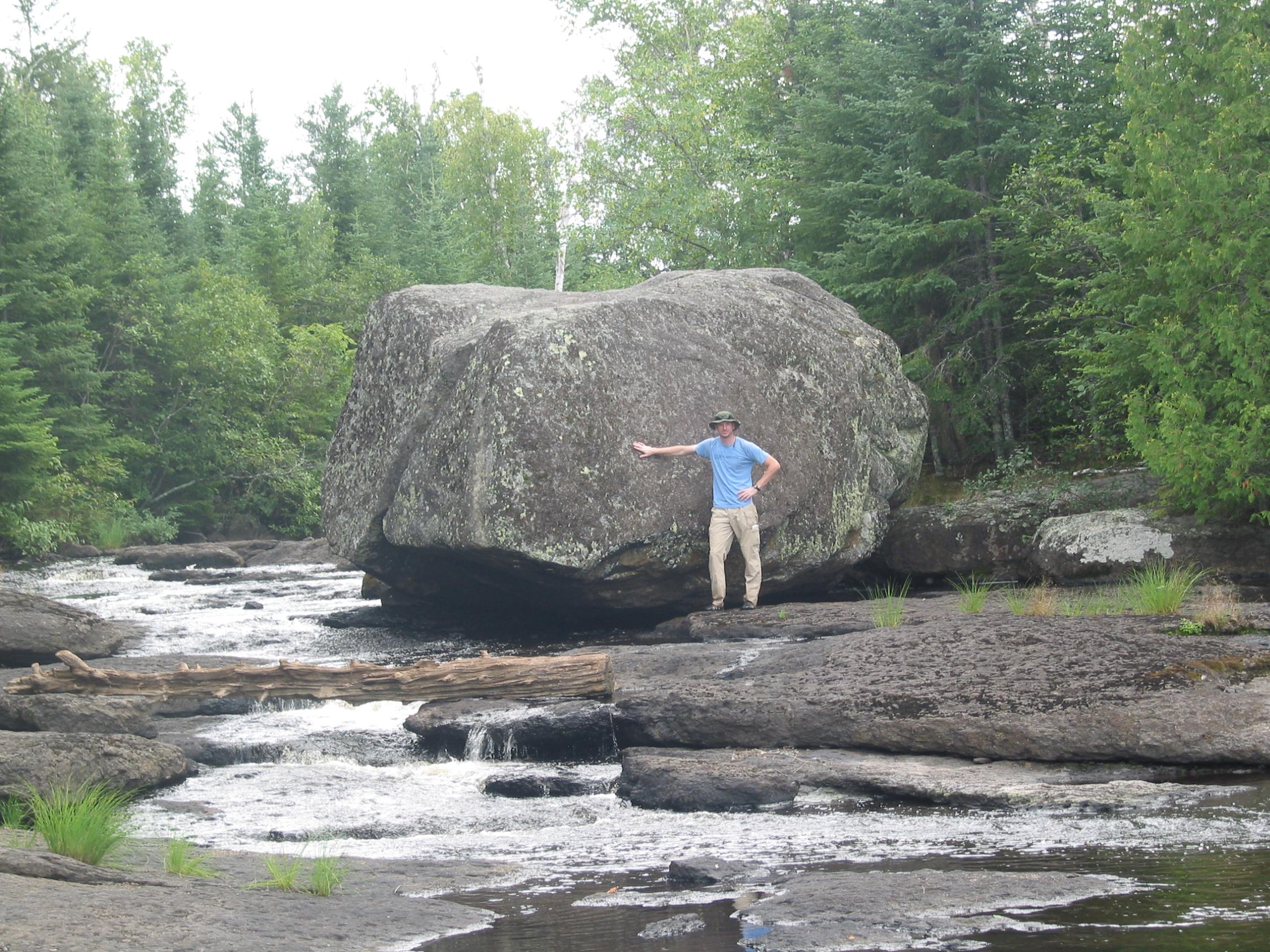