LIS North to Loon and LLC
by cyclones30

Trip Type: Paddling Canoe
Entry Date: 08/07/2016
Entry & Exit Point: Little Indian Sioux River (north) (EP 14)
Number of Days: 7
Group Size: 3
Trip Introduction:
My wife and I were hoping to take a "more relaxing" trip with friends and family to the BW this year so we picked EP 14 since we'd never been there and heard good things about it. After a few people backed out, it was just the two of us plus a family member. Combined previous trips to the BW - 8. After moving to a new house, our empty finished basement became the gear organizing area for a couple weeks before the trip. This would be our first trip taking our own food, so the only thing we got from the outfitter (VNO) was a kevlar Wenonah Seneca for the 3 of us.
Discuss Trip: View Discussion Thread (3 messages)
Day 1 of 7
Sunday, August 07, 2016 We stayed at the VNO bunkhouse and had everything packed the night before. We were on the road by 5:30 and on the water by 7 and were the first ones out that morning from the EP which felt great. I was in the rear of the canoe for 97% of the trip and beside a couple detours into the vegetation at the beginning it was just like old times and we moved rather quickly with the 3 of us paddling and single portaging. We were to the Devils Cascade portage by 8:30 and after stopping at the top to take in the sights we moved along downstream toward Loon. One beaver dam to pull over and we were on Loon with a moderate west wind which whipped up some medium whitecaps but nothing serious until we hit the wakes of a couple boats before the Beatty portage. 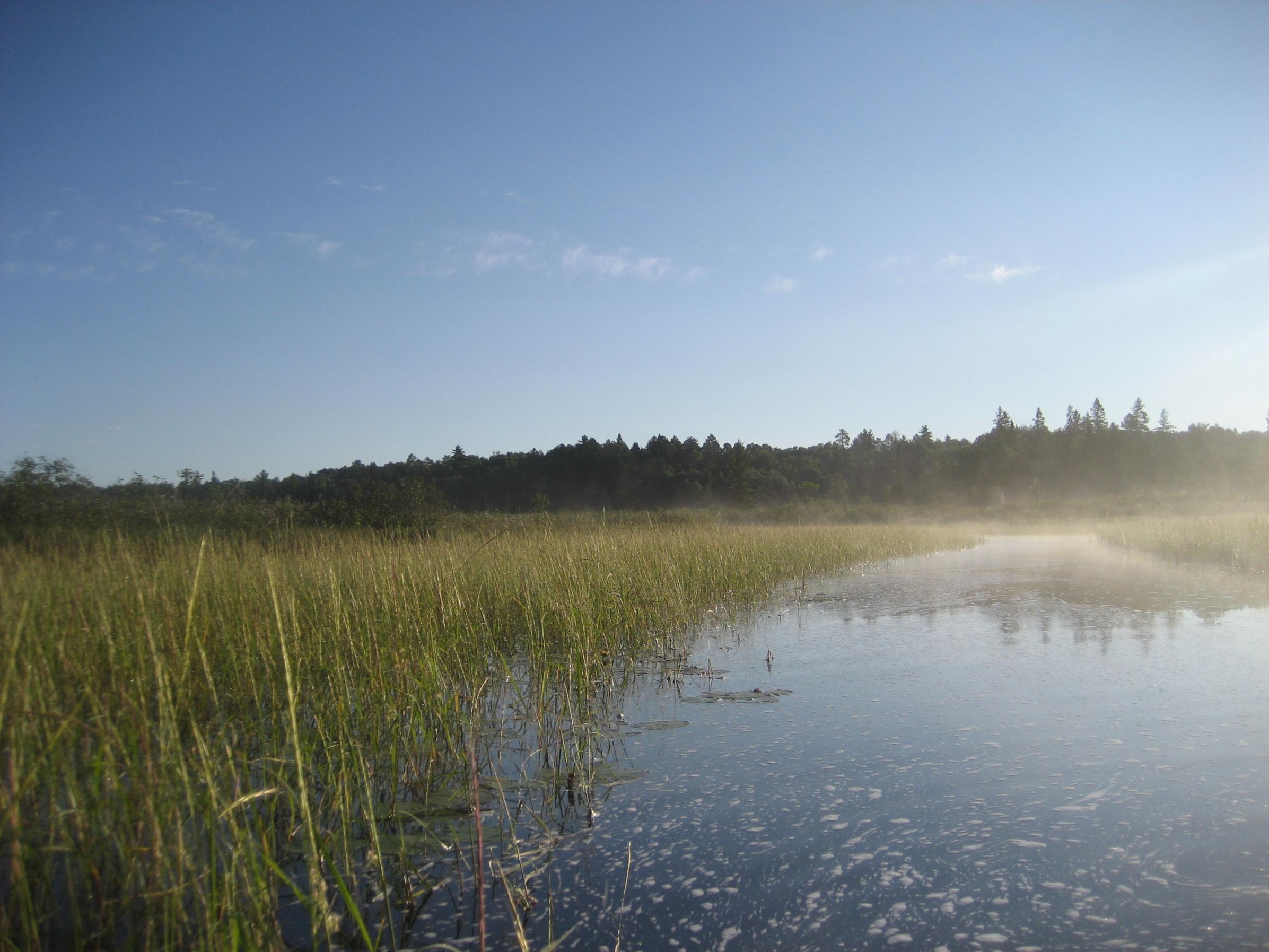 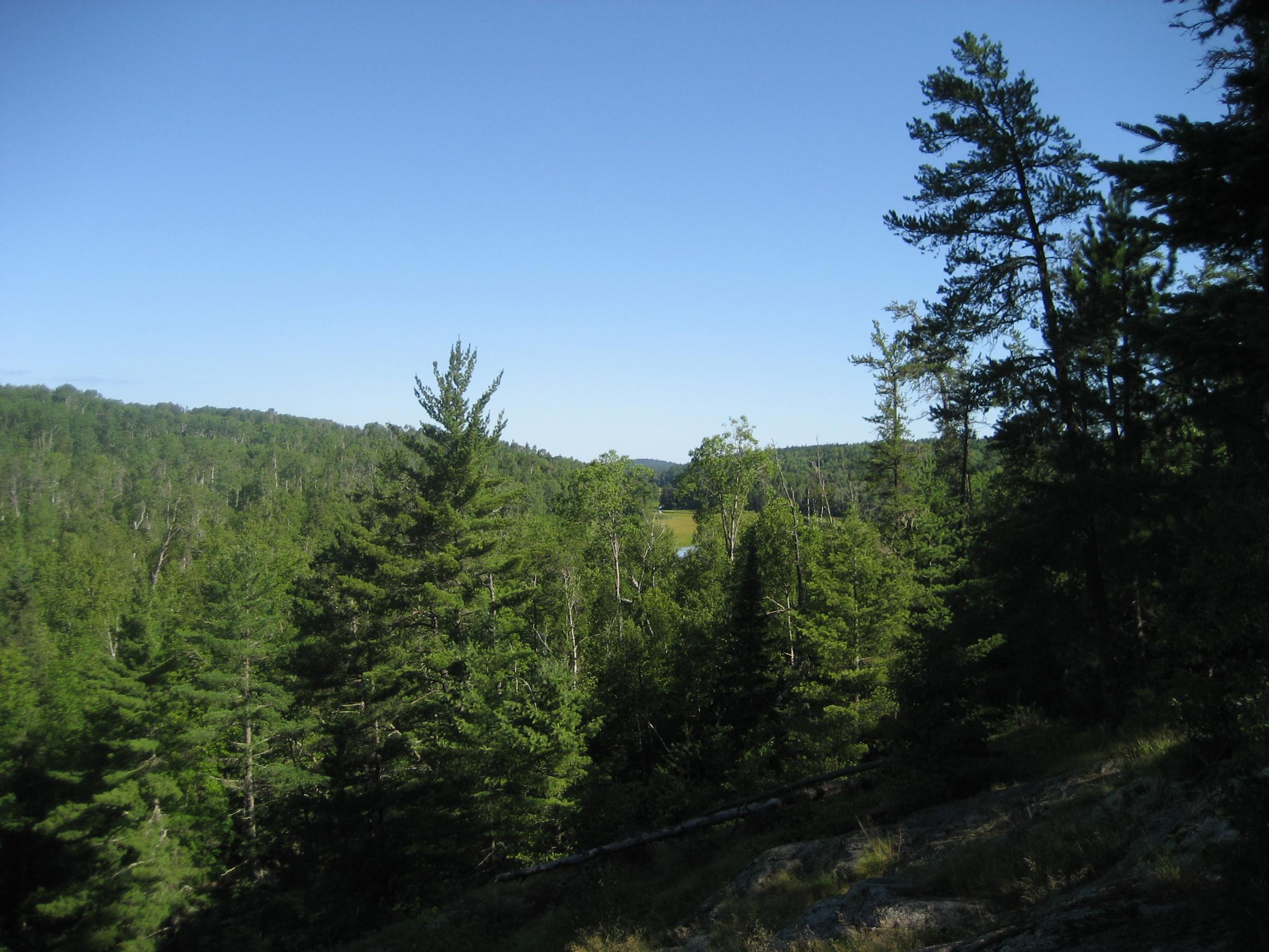 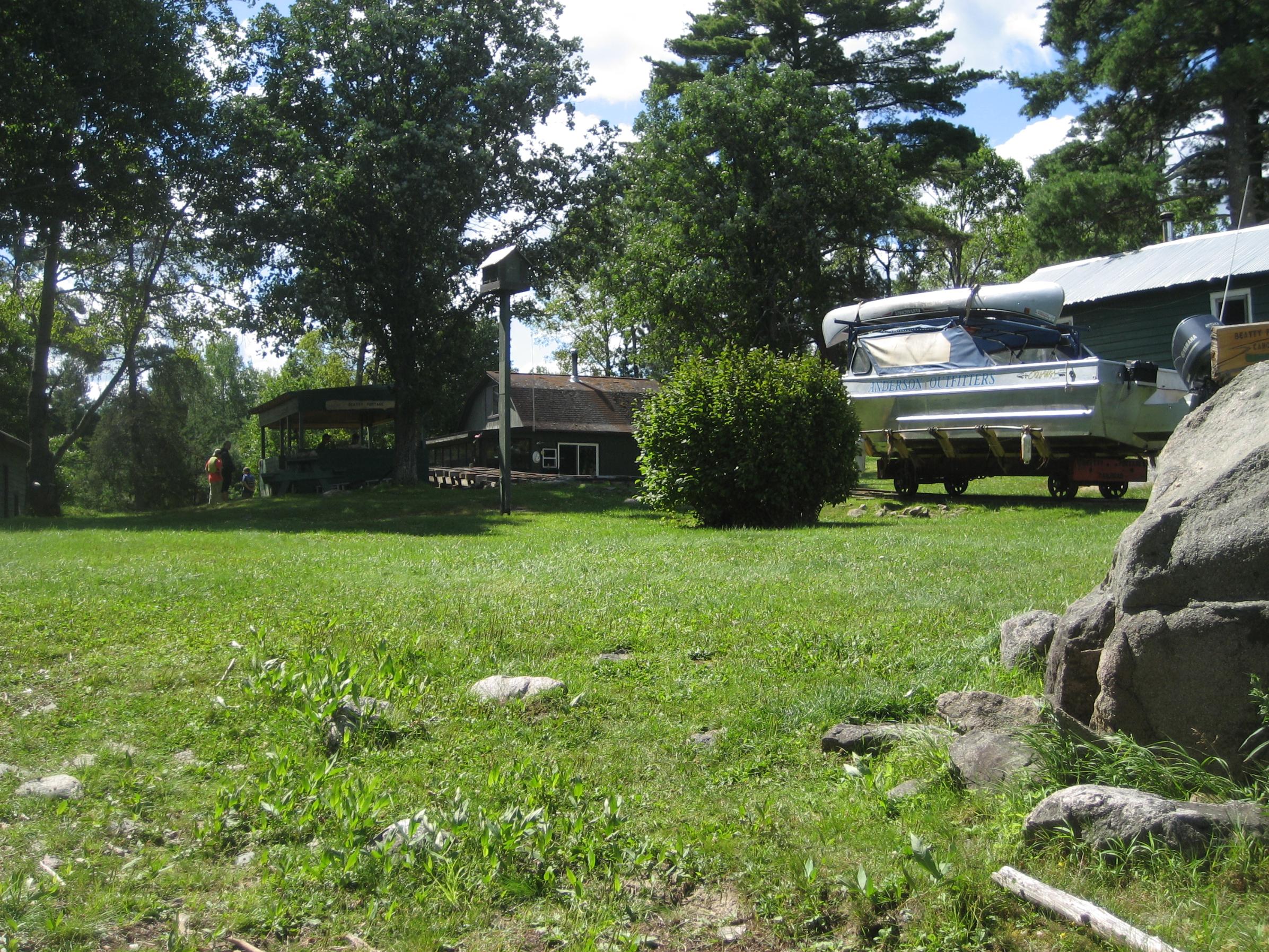 We then headed across LLC to see the picto's which were faint but still very cool. What wasn't cool were a couple canoes parked at that very high cliff with someone, who after a lot of convincing, jumped off while we were looking at the picto's and came up gasping for air. His friends paddled/swam over quickly and seemed to have things under control so we got out of there before more stupidity ensued. We saw a couple more boats and made it into Snow Bay by 1pm. Tired from the trek, we setup camp and relaxed the rest of the day. 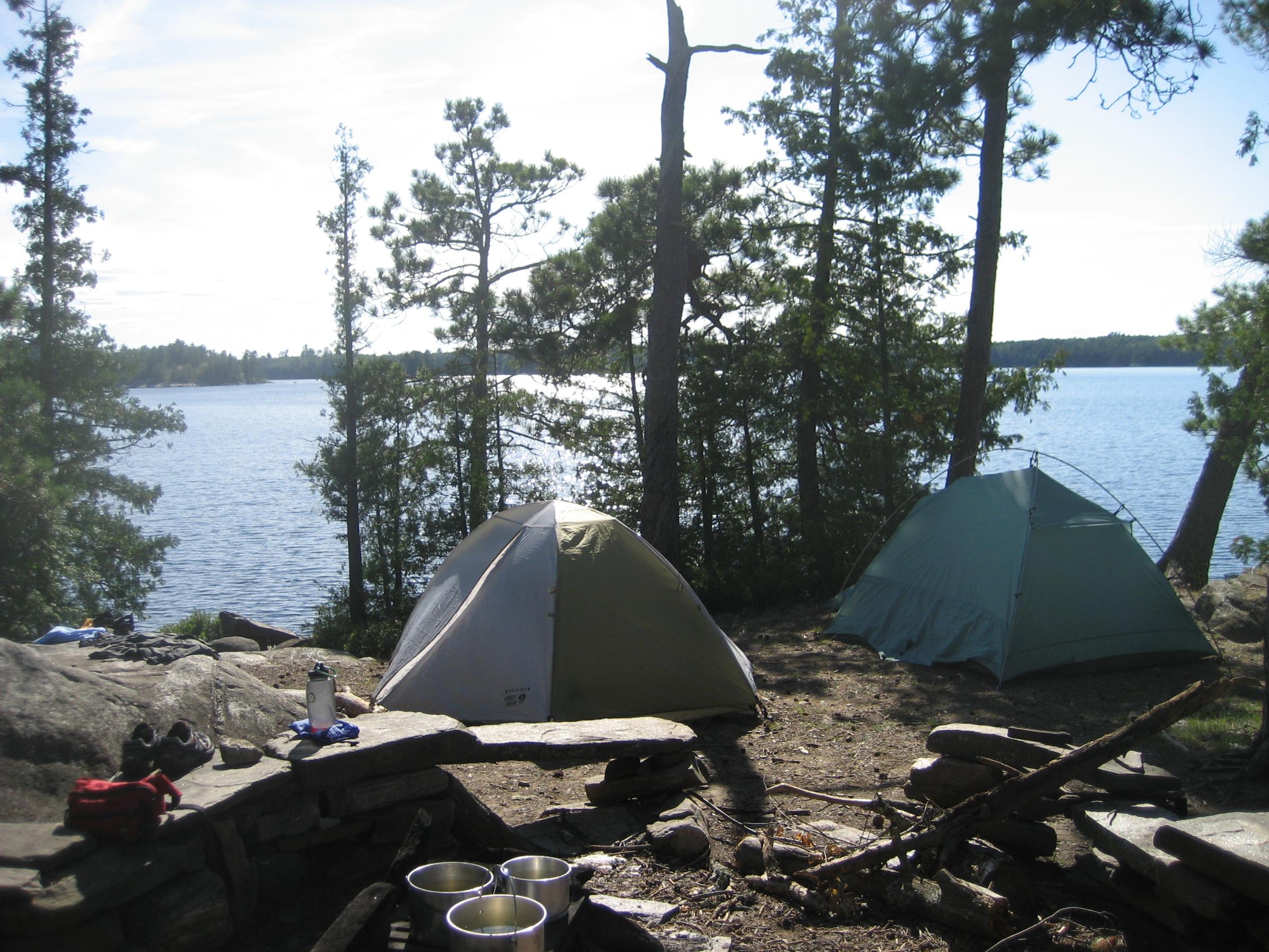