Sort of Alone on the Kawishiwi Rivers
by 3Ball

Trip Type: Paddling Canoe
Entry Date: 08/18/2106
Entry & Exit Point: Farm Lake (EP 31)
Number of Days: 4
Group Size: 4
Trip Introduction:
Four days became available. Immediately I knew I wanted to do a solo trip paddling in the waters that I loved. I wished only that I had more time. Other people I care for asked to join me on the trip, but I knew for sure that I had to be alone. I would take Aurora, a young Golden Retriever, and that was more than enough responsibility and company.
Discuss Trip: View Discussion Thread (7 messages)
Day 1 of 4
I have always wanted to try a solo trip. After a long paddle, quietly sitting alone in sunshine and smelling the pines on a rock ledge, listening to the quiet … the loons … the wind – that peaceful time is a part of my soul.

My time alone is very scarce. After 25 years of being a part of a happy couple, I became a widower almost two years ago at the age of 49. My life wasn’t set up to be single. My two boys are in elementary and middle school. I own a busy and demanding business and maintain three pieces of real estate. Other opportunities for this trip have not come along.

At the same time, I was privately apprehensive about the trip. The thought of spending time alone had become daunting since my late wife’s passing. I simply did not so it. After her illness and when Mara died, I had to instantly go-go-go. My kids had missed school. I had missed work. My clients needed and deserved attention. One week after her death, we had to be off the detour and back in the fast lanes of life. I also spent a lot of time Nordic skiing and got a puppy for my boys. I am now lucky to have a kind girlfriend, who isn’t unduly demanding, but to whom I gladly give any time stolen from someplace else.

In knew in the back of my mind that a problem had developed. I had changed; no longer was I truly comfortable being alone. Intellectually I knew that moving on made perfect sense. Inside my heart I privately knew that I had grieving and acceptance still to be done. Emotionally I wondered if maybe I shouldn’t feel guilty for living, for moving forward with life and for finding another person to love. I had with straight-forward logic answered all questions posed by others, but now in four days alone I had to be prepared to perhaps emotionally answer questions to and from myself. It was time to be alone.

Trip planning: At the time that my scheduled opened up, not very many permits were available. A Farm Lake permit opened up, which permitted me to go from my dock at the cabin on Garden Lake. I took it.

The CCS included regulars plus dog food, dslr photo stuff in heavy pelican case, tripod, fishing stuff, and too much food. At this time not much was left behind.

The canoe was tracking and paddling like a dream. At first I was experimenting with angles and strokes, trying to again become more efficient with the paddle, trying not to get wet from drops of water coming down the paddle. I reminded myself how much I love that canoe.

The first portage was from the North Kawishiwi into Clear. The landing was a bit deeper into the creek than anticipated but I found it at the same time as others. It was busy before and after I came. A bit of a circus but everyone was well intentioned.

As mentioned, my dog Aurora is young and this was our first trip. I was a bit nervous working with the needs of the dog and making sure that she did not scare or inconvenience someone else. My plan was to use a retractable leash fastened to me via the sternum strap on the packs. I tied her just a bit up the portage trail, loaded myself, and then got her attached on the way. We got through it. The CCS felt heavy.

Clear lake was pretty, and pretty soon we were across to the second portage. Same procedure with the dog. She seemed to be learning and was really quite good unless another person was coming that she just had to greet. It was muddy at the end, but all good.

Once on to the South Kawishiwi I decided to find a site fairly early and just have modest goals for the first day with the dog. The first campsite I wanted was taken. I decided to head west and look at campsite #1702. It was slightly difficult to find the opening from the bay into the river, but it is there on the far north end. I think this is a nice site. Great landing area. 2 pads for smaller tents. Nice flat fire and bench area. Good trees for hanging. A very nice low slab rock area to use on the water. It was supposed to rain the next day so I spent a lot of time rigging a tarp so that I could have a fire, sit under part of the tarp to watch the fire and eat, read etc., yet have the other part low to keep things dry. I tinkered for quite a while with the tarp and camp setup. I decided that in the future I needed to make quicker decisions so that I wasn’t wasting as much time.

We fished briefly. One of my concerns was having Aurora get too excited when I brought in a fish. I thought we might even capsize. I was, therefore, traveling light and staying close to camp. I hooked a smallmouth of about 17” that jumped out of the water right in front by her. She was very startled but I was able to keep her calmed. She looked for a long time down in the water when the fish was released. It was funny to watch her and I found myself laughing out loud.

I cleaned a fish and left the remains on a rock. That night I had New York strip, baked potato (with sour cream from Wendy’s) and fresh fish. It tasted good but I was just not hungry. Aurora got her first taste of human food and ate most of the steak and potato.

I ended up doing everything too late in the day. After eating, I cleaned up late and did dishes late. It was a fun first day and having Aurora along was a blessing. I cleaned her up as well as I could before she got into the tent with me. It was a warm and still evening and her panting was quite loud. We got through it.

As I was waiting for it to cool down so that I could drift off to sleep, I thought for the first time about being alone. The day was so busy that it hadn’t really crossed my mind. If that was the way that it was going to go, maybe that would tell me where I was emotionally. 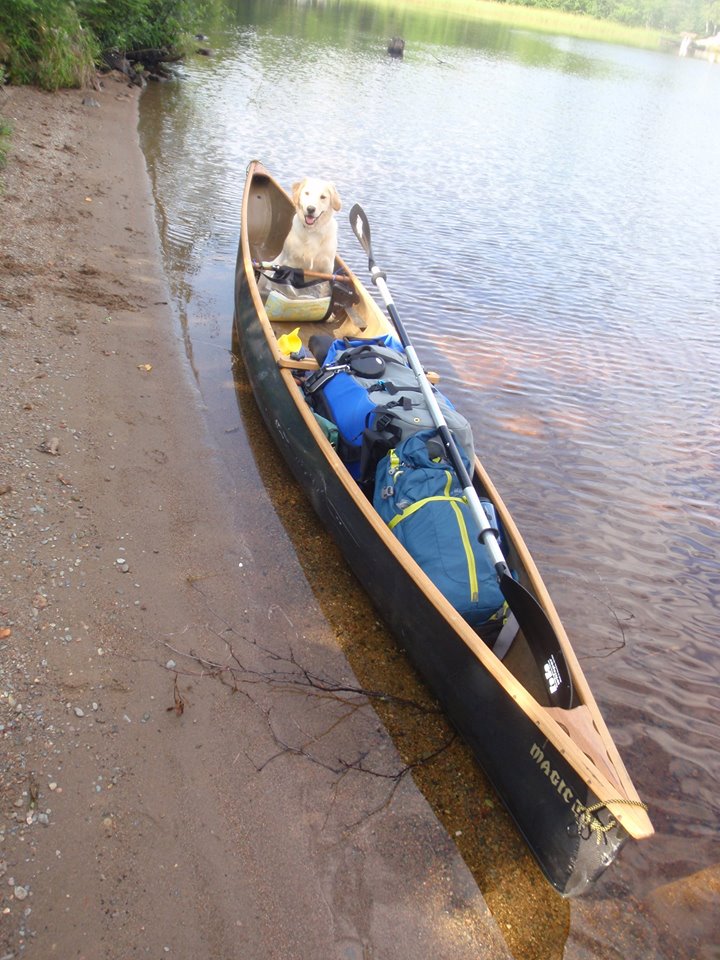 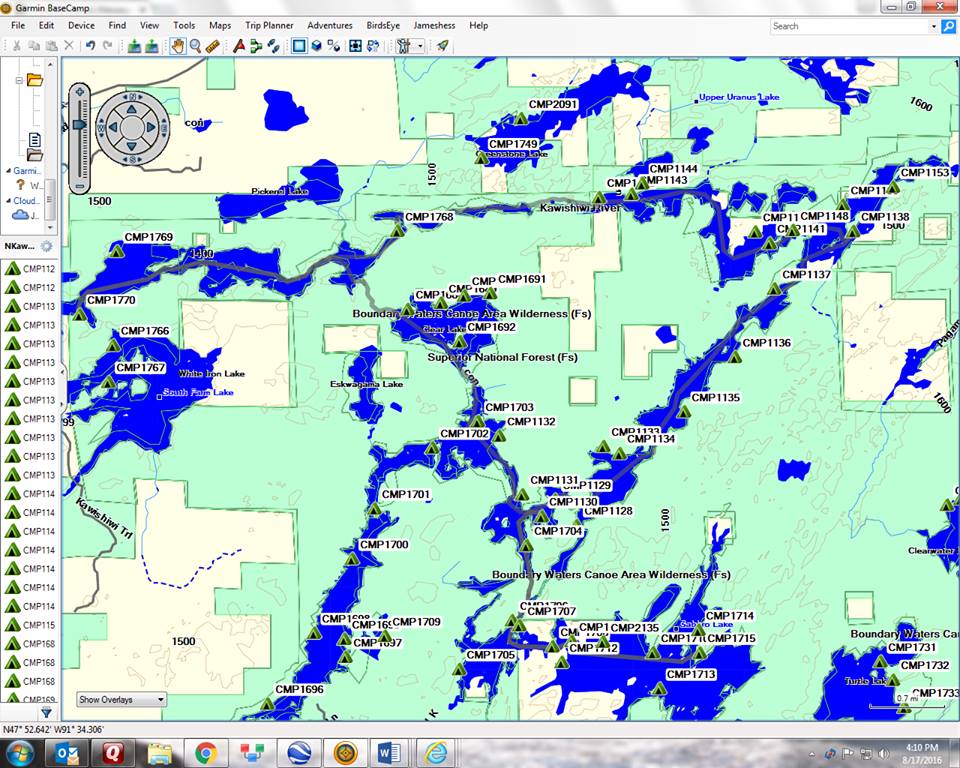 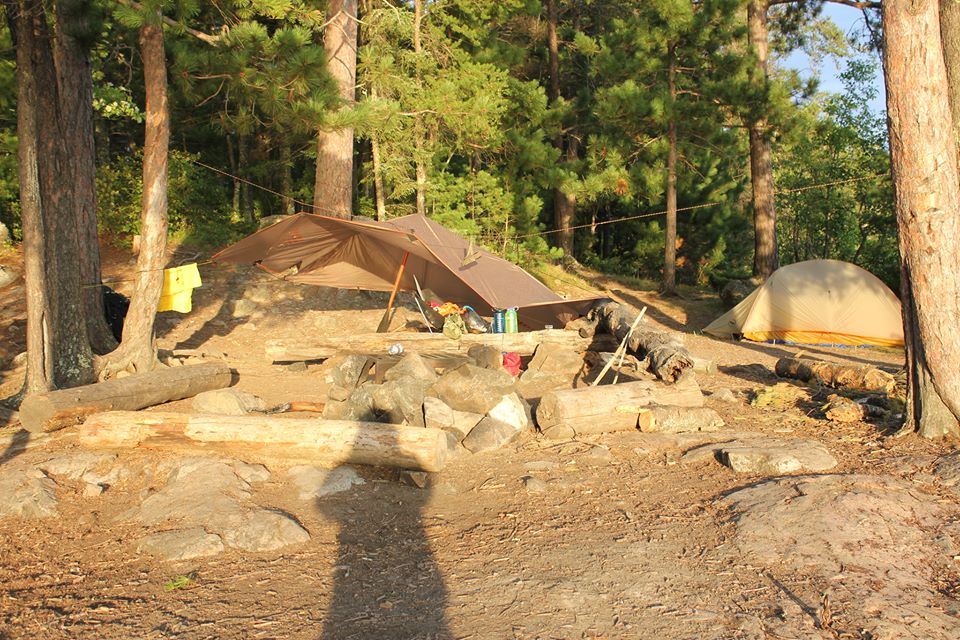 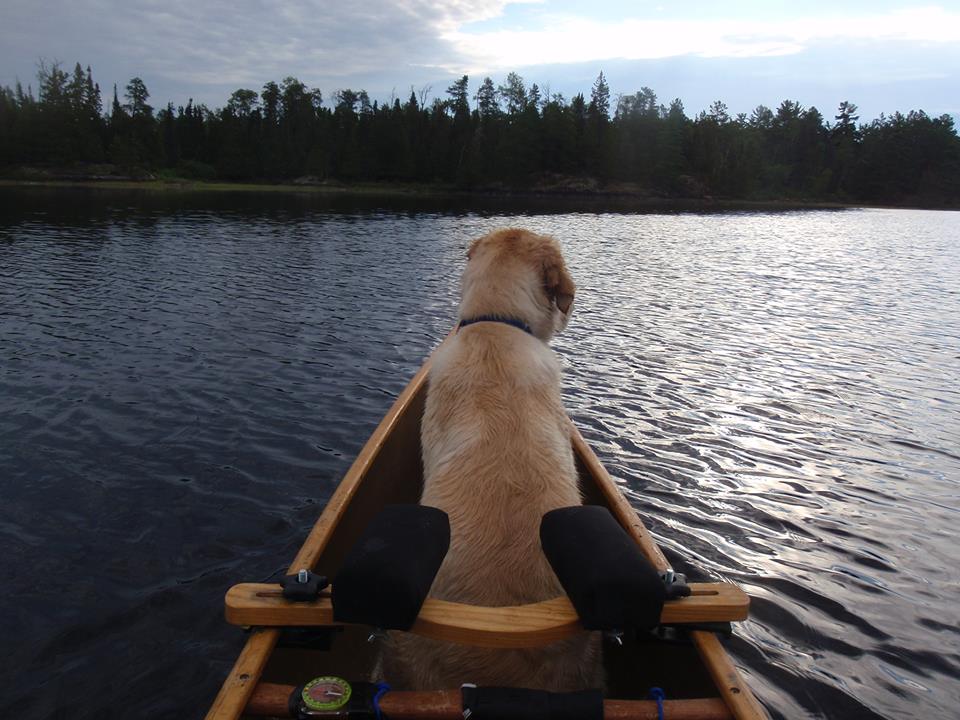