Wolf sighting between Oyster and Hustler
by Slough

Trip Type: Paddling Canoe
Entry Date: 09/12/2016
Entry & Exit Point: Moose/Portage River (north) (EP 16)
Number of Days: 5
Group Size: 2
Trip Introduction:
We met a couple of paddlers, Eric and Ron from Cleveland, who had a wolf experience.
Discuss Trip: View Discussion Thread (3 messages)
Report
On our recent trip we came across another pair of paddlers who told us that a single wolf had followed them on the last part, maybe 75 rods, of the portage from Hustler to Oyster Lake. They said the wolf was not easily warned off. It followed them to the end of the portage, and howled from the shore after they had put their canoe in the water and shoved off into the lake.

Because half their gear was still at the other end of the portage we joined them in the walk back, assuming four humans would be more daunting to a wolf than a pair. On the walk we did see a couple of wolf tracks but did not see a wolf so that was the end of the adventure.

The night before we had heard a wolf howling from our campsite on Oyster. It was a single wolf, not the howling of a pack we've heard in the past. That next morning I heard the single wolf howl again and thought it had moved in the direction of the Hustler portage so it may have been the same animal.

Oh, we had a great trip. No bugs, good weather and the portages for as far as we went were smooth and easy enough.

There were a few too many people for our tastes. The camp sights on Lake Agnes were reportedly all full on Tuesday night. We're thinking about moving our annual fall trip from the second week of September to the third week. 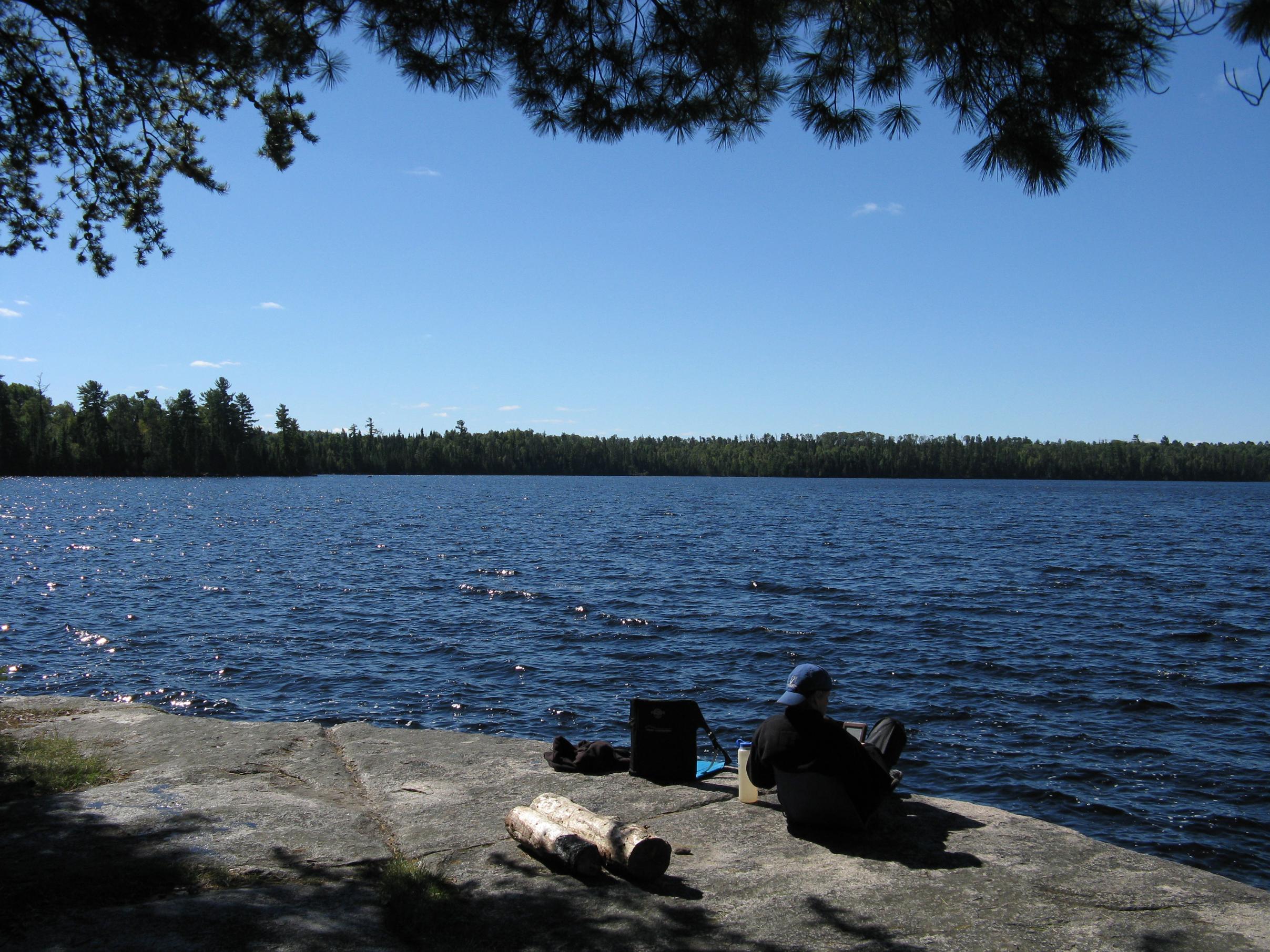