Trip Type: Paddling Canoe
Entry Date: 10/04/2016
Entry & Exit Point: Snowbank Lake (EP 27)
Number of Days: 6
Group Size: 1
Trip Introduction:
It had been awhile since I made a solo trip to the BWCA, or any other wilderness area. But this fall my wife and I could not align our schedules, so I decided to go alone along a route from Snowbank through the three-letter lakes, up to Kekekabic and back.
Discuss Trip: View Discussion Thread (8 messages)
Day 1 of 6
Tuesday, October 04, 2016. Stopped for gas on my way out of town at 12:01 a.m. and was told, "It's free coffee Tuesday." A good omen?. Reached Snowbank about 6:15 a.m. and was paddling toward the Disappointment portage at first light. It was awe-inspiring to see the number and size of trees down along the Snowbank Road and along the portages. The smell of fresh-cut pine permeated the first few portages, where trees large and small had been cleared.

Later, as I crossed Ima toward the Hatchet portage, I realized how tired I was -- 2 hours of sleep in the past 36. Camped at the first site I saw on Hatchet (No. 1908). It was a cool but sunny afternoon, and I set my new Helinox chair on a ledge and simply enjoyed being outdoors. I had encountered two other groups this day, and seen one other from afar.

Two other new items of equipment deserve mention. The Sawyer mini gravity filter, which I screwed directly onto an old, 1-liter pop bottle, was a wonderful way to stay hydrated with minimal fuss. I had read some concerns about the need to back-flush, I encountered no reduction in flow during six days. And storing my food in an Ursack/Opsack combo was much easier than hanging a pack. 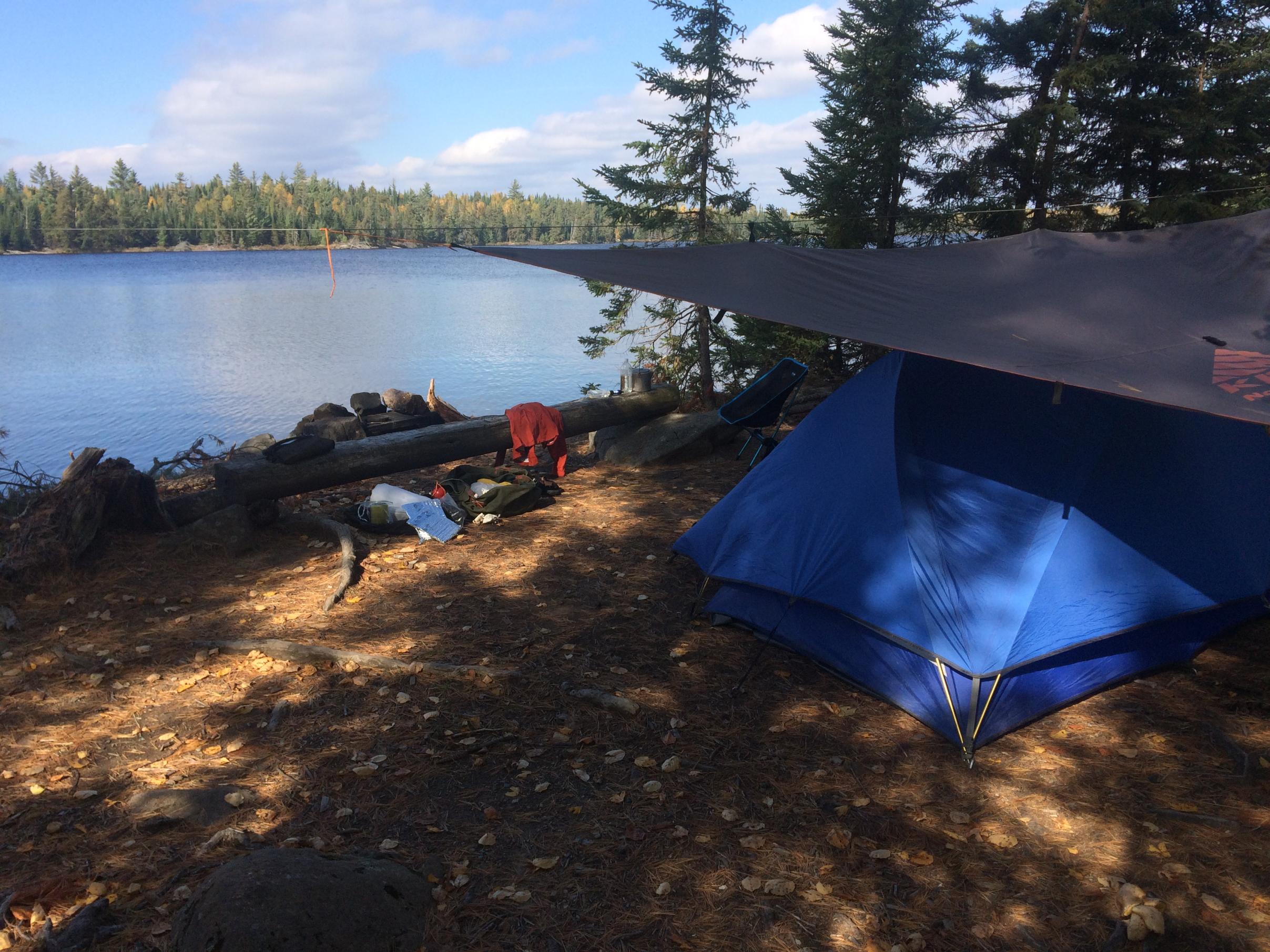